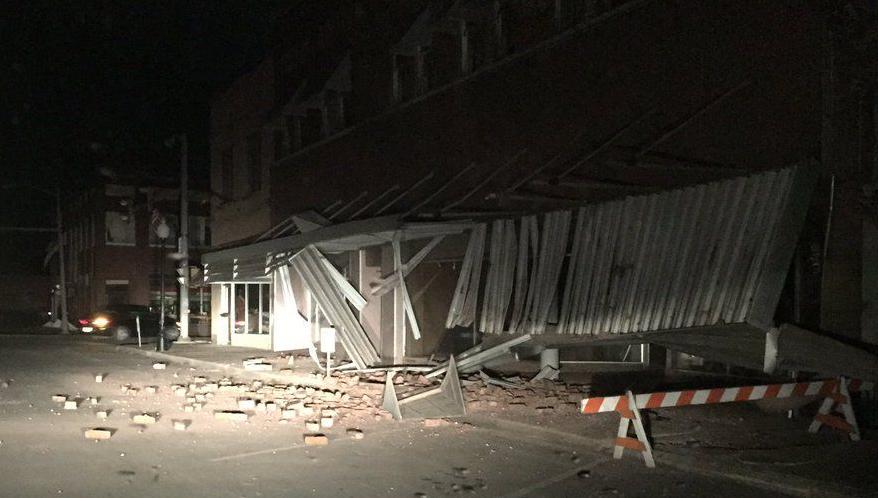 Earthquake damage is seen on Cleveland Street in Cushing, Oklahoma. 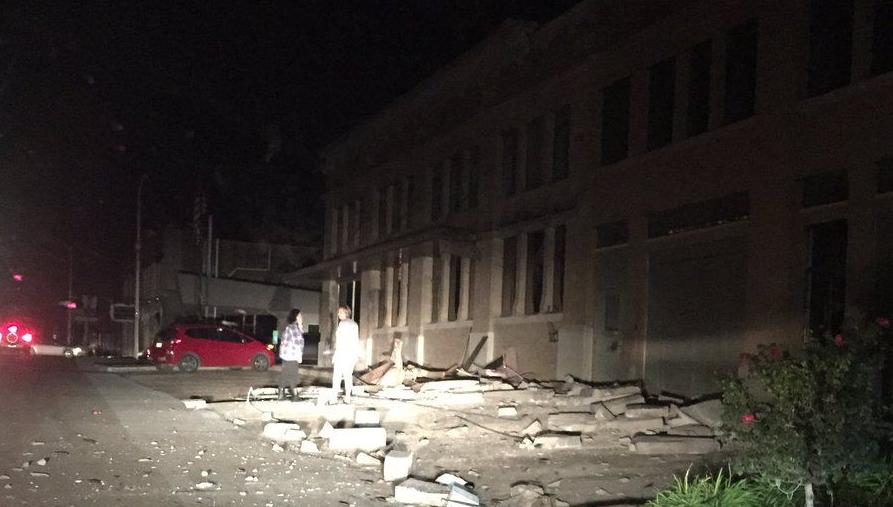 Earthquake damage is assessed Sunday night in Cushing, Oklahoma, after a magnitude 5.0 quake rocked the community. 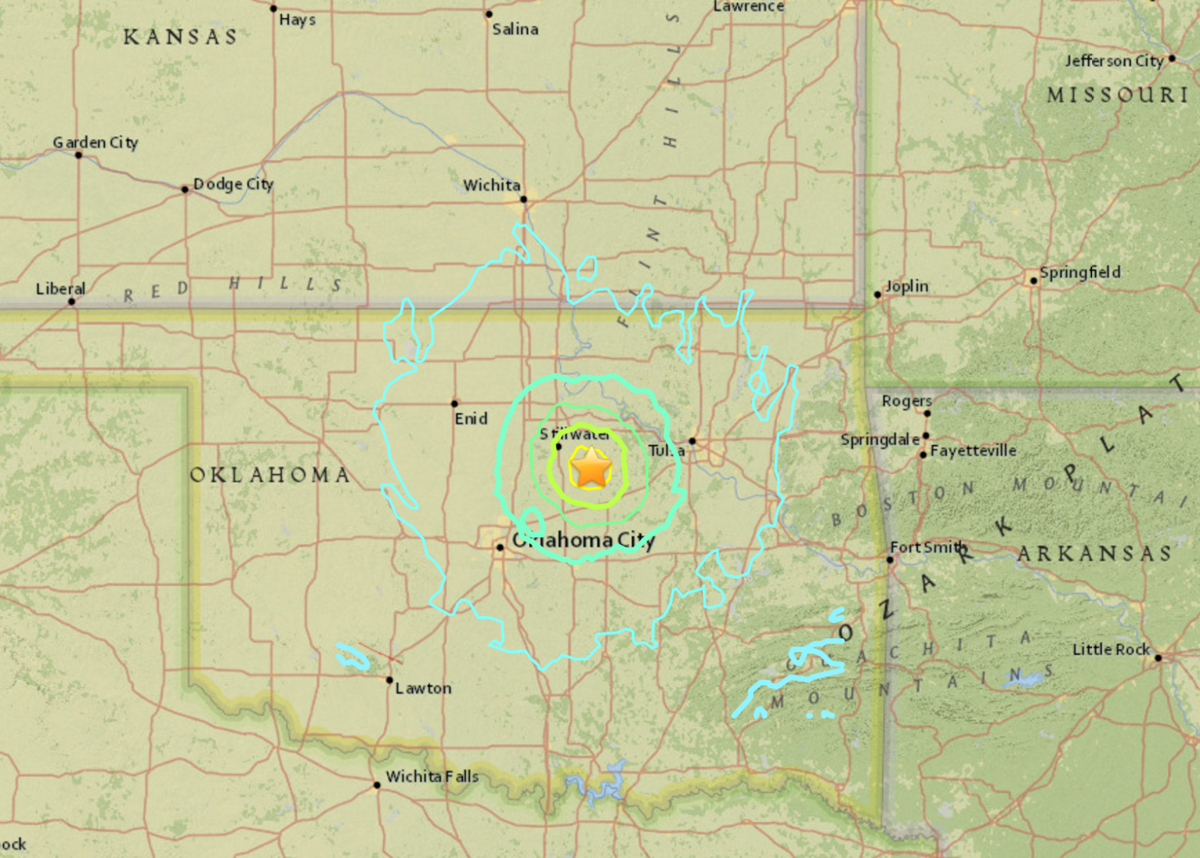 Earthquake damage is seen on Cleveland Street in Cushing, Oklahoma.

Earthquake damage is assessed Sunday night in Cushing, Oklahoma, after a magnitude 5.0 quake rocked the community.

ENID, Okla. — A magnitude 5.0 earthquake rattled Oklahoma Sunday night and was felt in neighboring states of Kansas, Missouri and Arkansas.

ENE ongoing investigation: Who's at fault? (series stories and more)

The U.S. Geological Survey reported the quake at 7:44 p.m. Sunday 2 miles west of Cushing, in Payne County, Oklahoma. It was about 17 miles east-southeast of Stillwater.

The USGS initially stated it was a magnitude 5.3 earthquake but lowered that rating to 5.0.

A major trading hub for crude oil, Cushing is an oil depot known as the "Pipeline Crossroads of the World."

Halfway between Pond Creek and Nash, Candy Wilson Kent reported on Facebook that the shaking lasted nearly 10 seconds. Amanda Gray had to clean up ice that fell from a fountain machine working at Grand and Willow in Enid.

Action was being taken by the Oklahoma Corporation Commission’s Oil and Gas Division in response to an earthquake near Pawnee late Tuesday.

Scientists have linked Oklahoma's increase in earthquakes to the underground disposal of wastewater from oil and gas production. Regulators have ordered some disposal well operators to close or reduce disposal volumes.

The Stillwater News Press and The Associated Press contributed to this report.

There have been 571 magnitude 3.0 or greater earthquakes in Oklahoma since the beginning of the year, a number that is pacing well below last year's numbers.

Who's at fault? Original 2015 six-week series

EDITORIAL: Continue to curb quakes with facts, not fear

It’s fortunate no major injuries were reported from the recent magnitude 5.0 earthquake near Cushing. And we're thankful no damage was reporte…