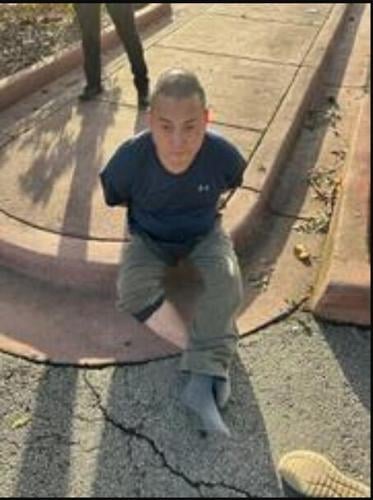 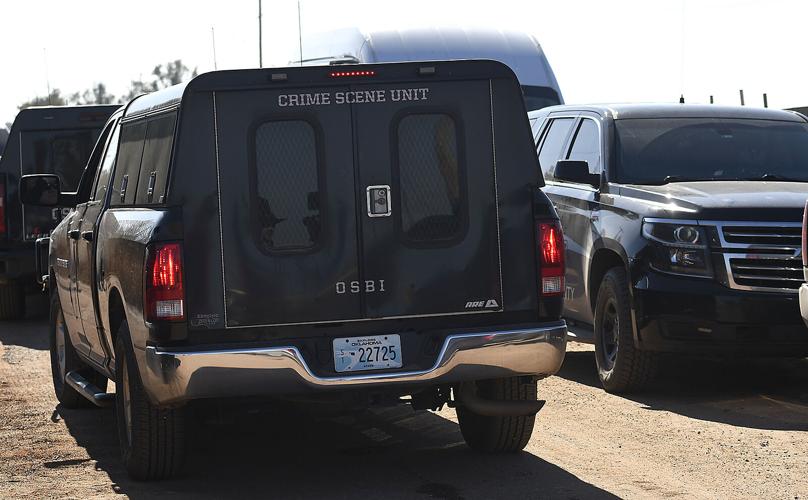 An Oklahoma State Bureau of Investigation crime scene unit was at the scene of a quadruple homicide near Lacey, in Kingfisher County, Monday, Nov. 21, 2022. (Billy Hefton / Enid News & Eagle)

An Oklahoma State Bureau of Investigation crime scene unit was at the scene of a quadruple homicide near Lacey, in Kingfisher County, Monday, Nov. 21, 2022. (Billy Hefton / Enid News & Eagle)

LACEYY, Okla. — The suspect in the execution-style murders of four people at a marijuana grow operation near Lacey has been arrested in Miami Beach, Fla.

Chen was arrested on an OSBI warrant after a car tag reader flagged the vehicle he was driving, according to OSBI. He was transported to Miami-Dade County Detention Center and is awaiting extradition to Oklahoma to face charges of murder and shooting with intent to kill.

Earlier in the day, OSBI released more details regarding the quadruple homicide that occurred Sunday night.

According to the OSBI press release, a man, now identified as Chen, entered a building on a marijuana grow operation on North 2760 Road, which is just north of Lacey and west of Hennessey, at approximately 5:45 p.m. Sunday.

Kingfisher County Sheriff’s Office responded in reference to a hostage situation and, upon arrival, found it had turned deadly.

Three men and one woman — all Chinese nationals — were executed, and an additional victim — also a Chinese national — was wounded and flown via helicopter to an Oklahoma City hospital, the release states.

Because of a significant language barrier, next-of-kin notification was pending Tuesday.

Based on the investigation thus far, OSBI states this does not appear to be a random incident.

On Monday, OSBI Capt. Stan Florence had said it was believed the suspect was familiar with the victims.

The Oklahoma Bureau of Narcotics and Dangerous Drugs Control is also investigating the deaths.

The agency has targeted criminal growing and trafficking of marijuana for the black market in recent years. But agency spokesman Mark Woodward said Tuesday it was too soon to say that was a focus of this investigation.

“It being a marijuana farm, obviously Oklahoma state law requires that they have a license from the Oklahoma Medical Marijuana Authority and from us,” Woodward said. “One of the things we’re looking at is, is it obtained legally or was it obtained by fraud? So that’ll be part of our investigation.”

Porsha Riley, spokeswoman for the Oklahoma Medical Marijuana Authority, said there is an active license for a medical marijuana grow business at the location.

None of the 14 marijuana growing operations in the Hennessey area responded to email inquiries from The Associated Press, and officials would not identify which one operated at the site of the shootings.

The Associated Press contributed to this story.