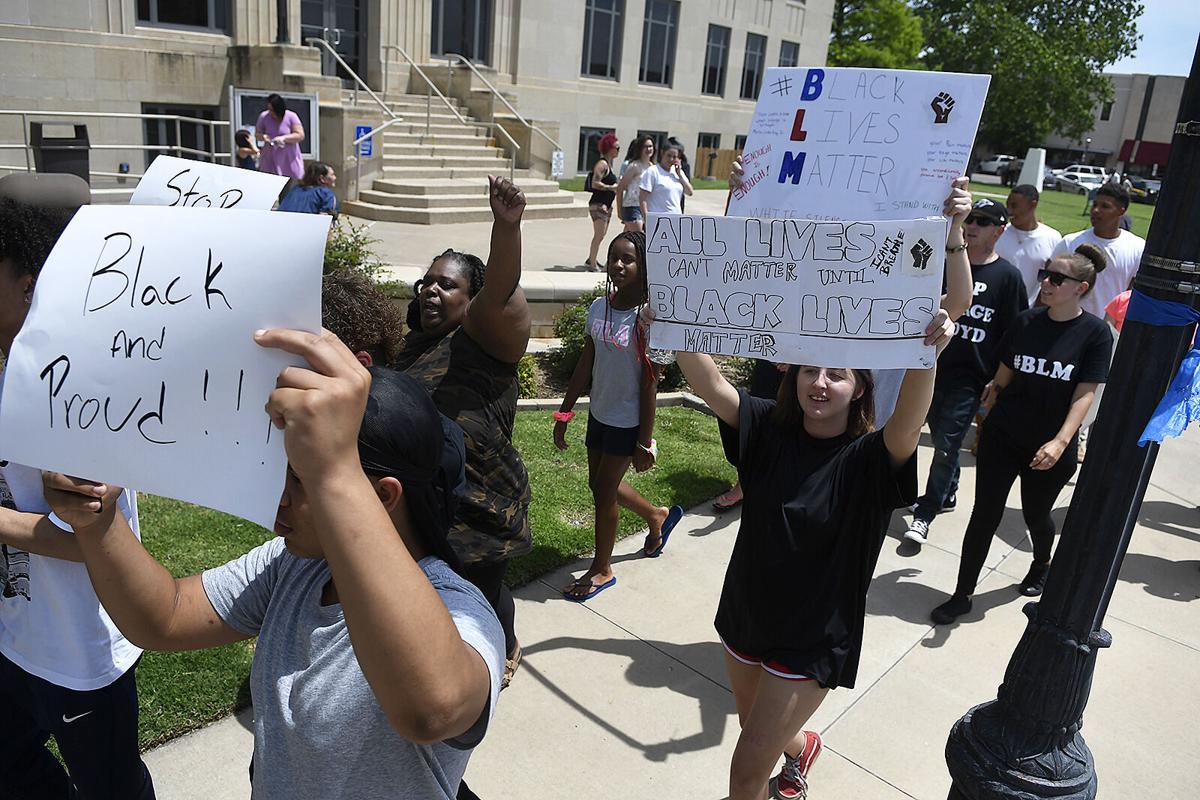 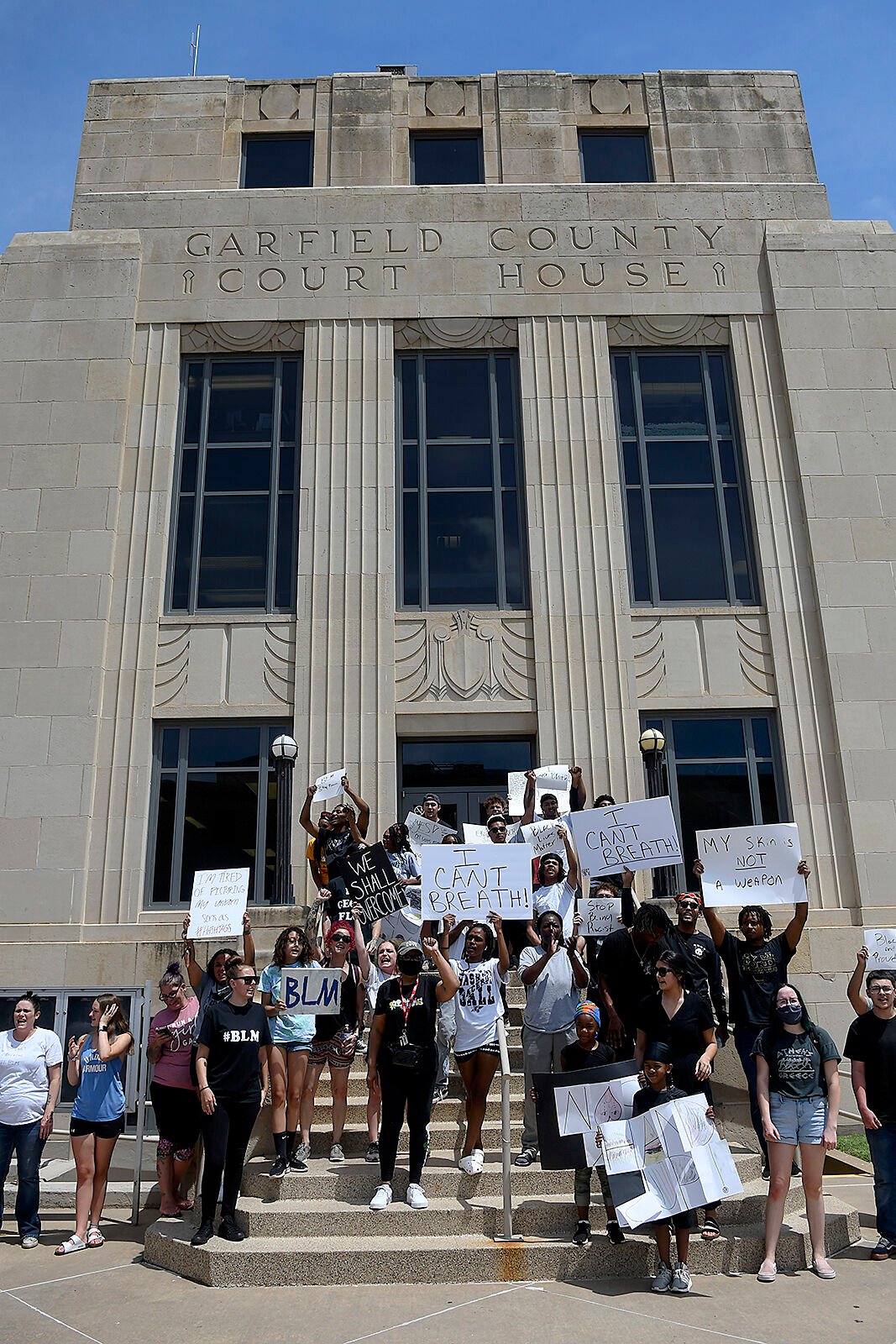 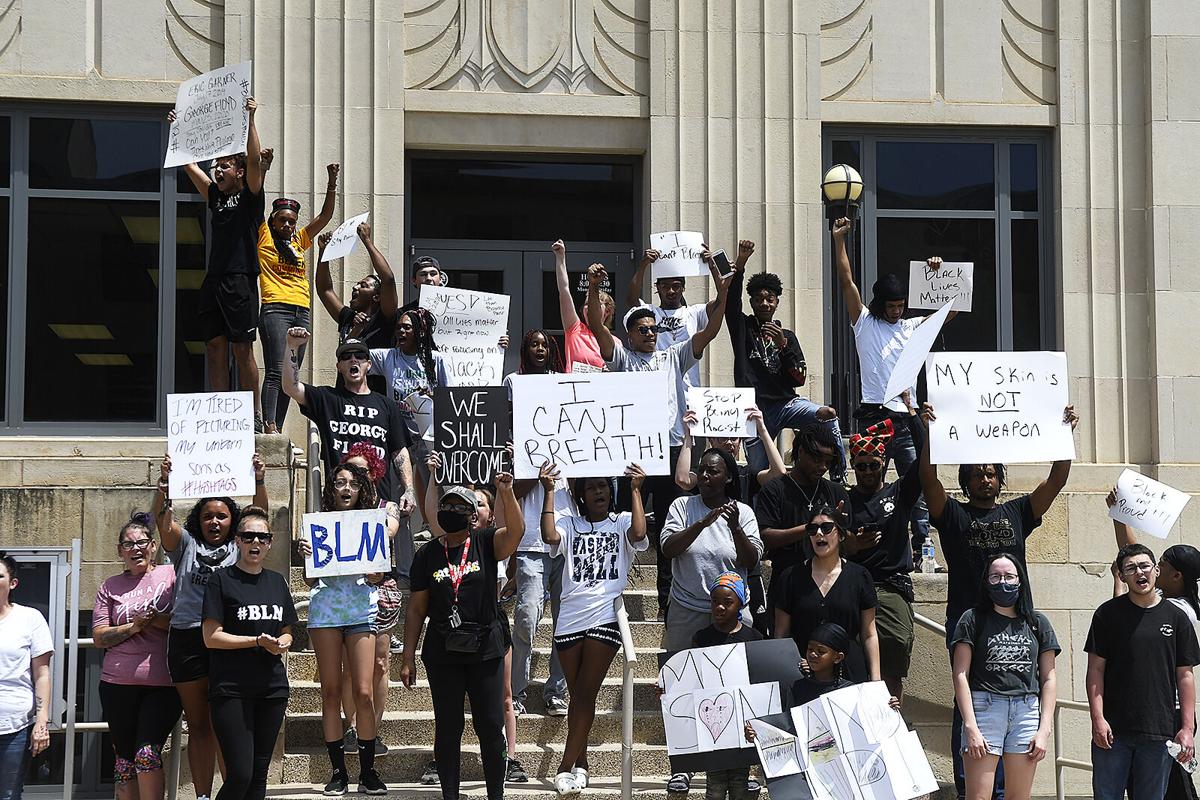 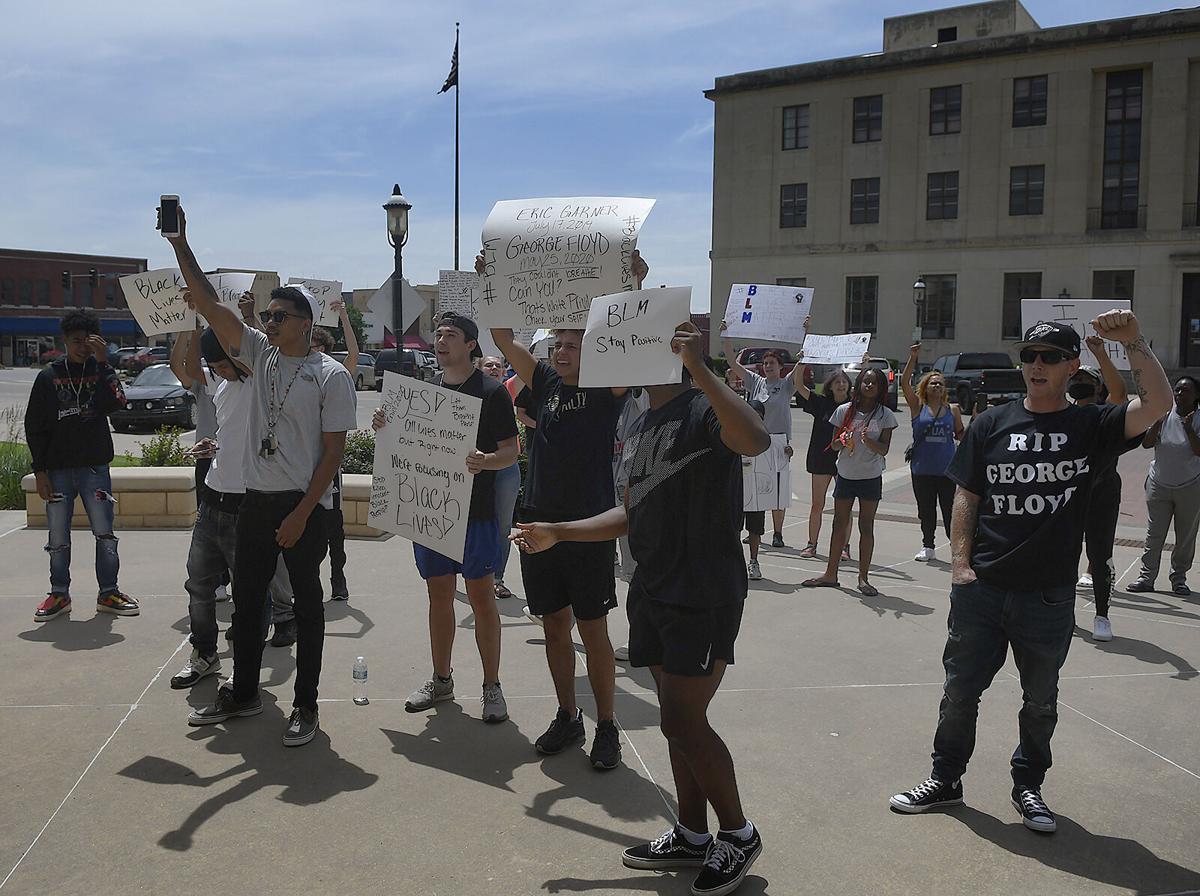 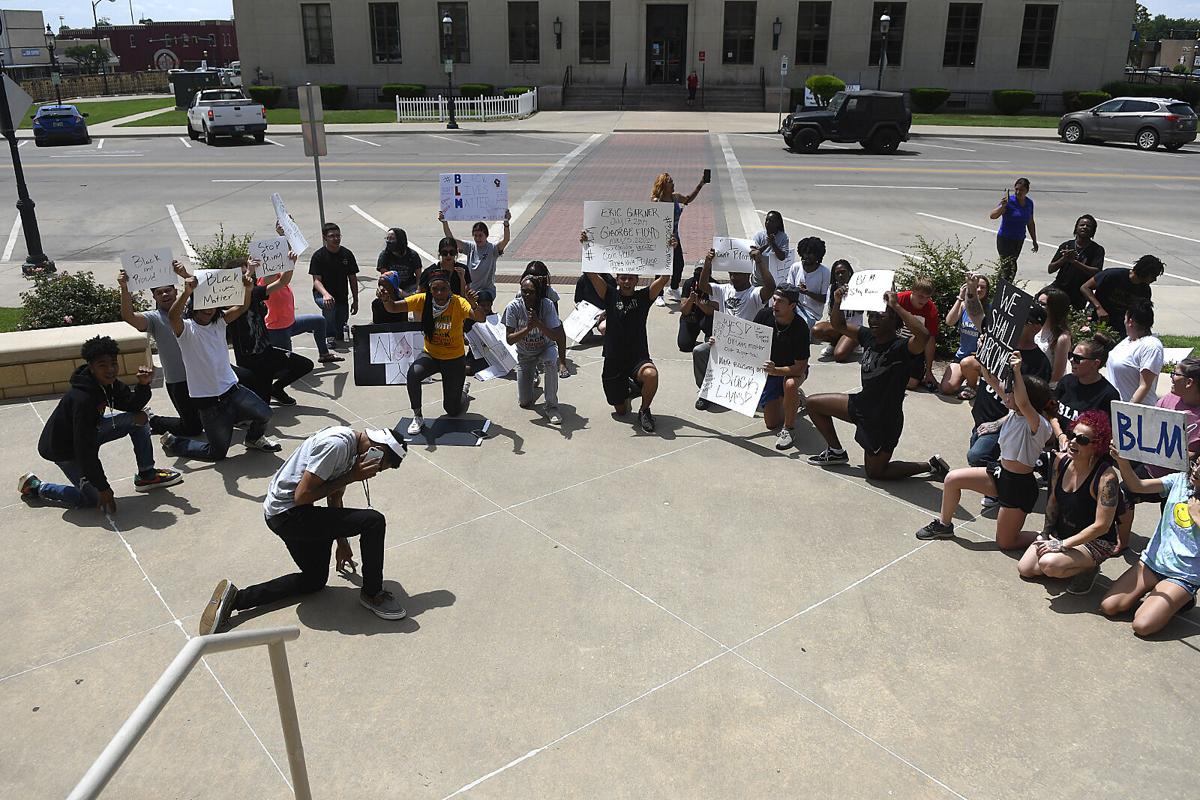 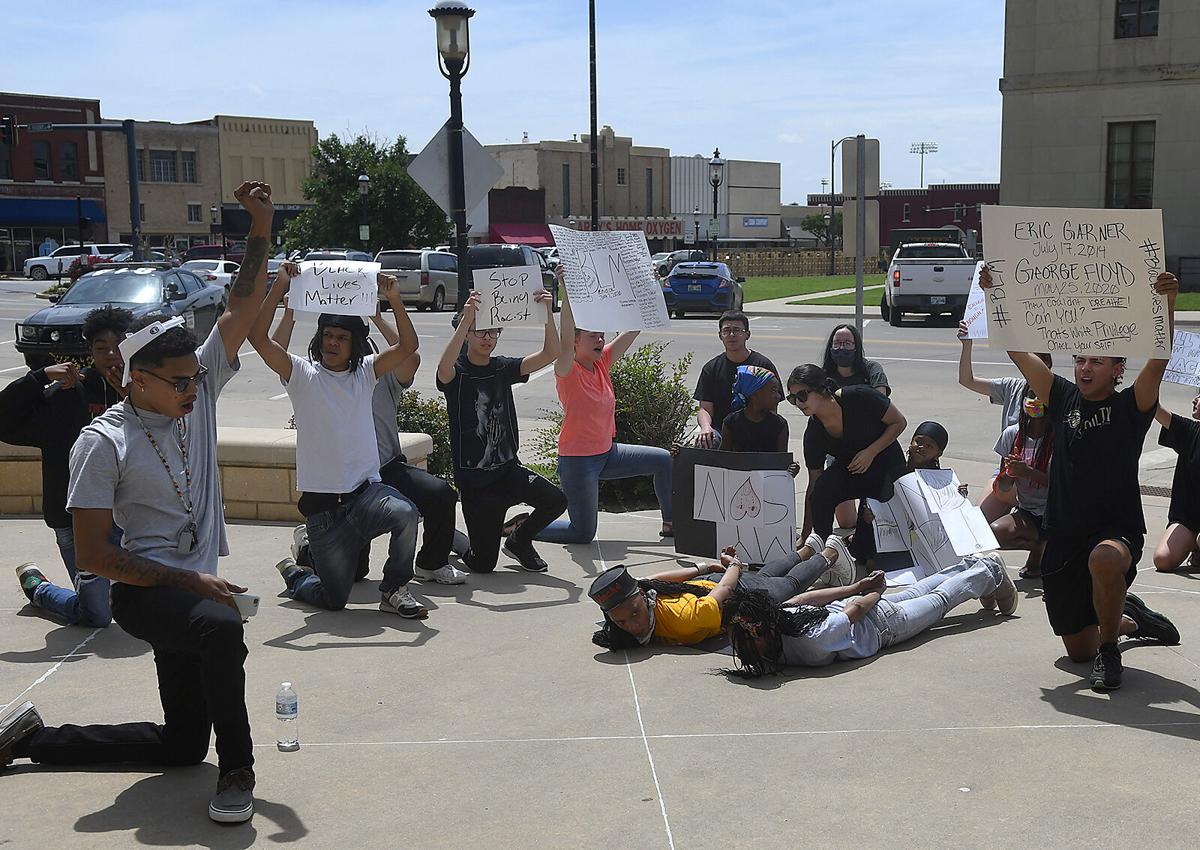 ENID, Okla. — Demonstrators gathered during the noon hour Tuesday for what is believed to be the first organized Black Lives Matter/anti-police brutality protest since the death of a black man in Minnesota May 25, 2020.

Protesters gathered near Champlin Swimming Pool and marched to and then up and down Washington and around the Square, making stops at the Garfield County Court House and police department. The group chanted, “No justice, no peace,” “I can’t breathe,” “Black Lives Matter” and “Hands up, don’t shoot.”

I’m out for @enidnews covering the #BlackLivesMattter protest outside the Police Department. Follow for updates. pic.twitter.com/SapUdRBBCb

The protest was a response, one of many across the state and nation, to the killing of George Floyd, a Minneapolis man who died while being pinned by the knee of a now-former police officer.

The protests continued for about an hour and a half. Some cars followed the protesters and passed out bottled water, others honked as the demonstrators walked by.

There was no police presence seen during the protest.

Protest organizer Tristan Washington said there are only two options for #BlackLivesMatter activists: continue protesting or for lawmakers to sign change into law.

“We can protest all day, every day, but it is not really going to change nothing at the end of the day,” Washington said. “What sucks about it is if we don’t do something about it now, then 100 years down the line it’s going to be worse for your grandkids, my great-grandkids and everybody else’s great-grandkids.”

Washington said the plan is to continue peacefully protesting until change is brought.

“Every culture revolves around African culture,” Washington said. “You have at least one rap song in your playlist … but then when it comes down to loving and accepting us as a brother and sister, that’s hard to give up.”

Another protest is planned for noon Sunday at the Martin Luther King Jr. memorial at the city administration building, 401 W. Garriott.

Turner is an intern for the Enid News & Eagle.
Have a question about this story? Do you see something we missed? Do you have a story idea for the News & Eagle? Send an email to jturner@enidnews.com.