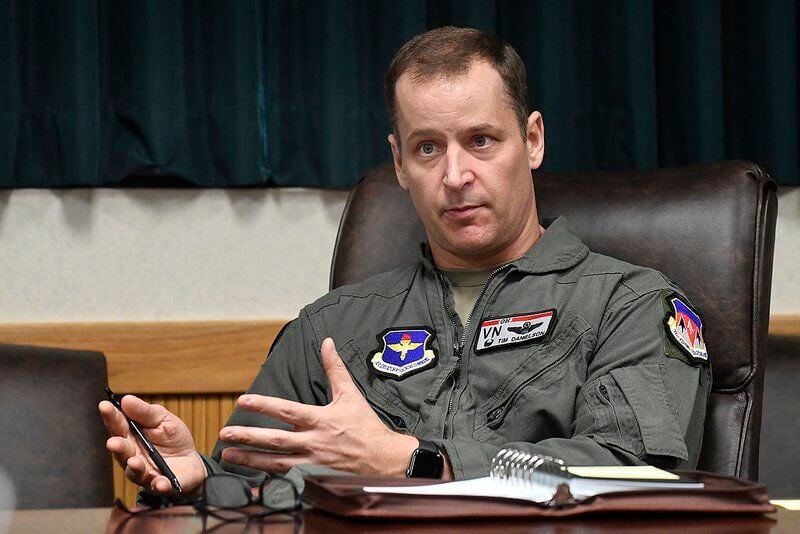 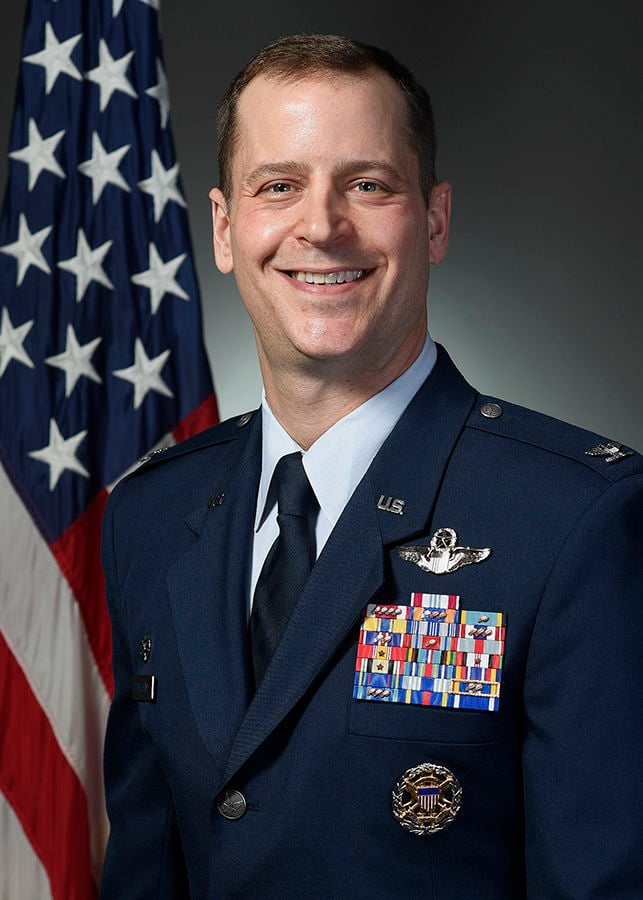 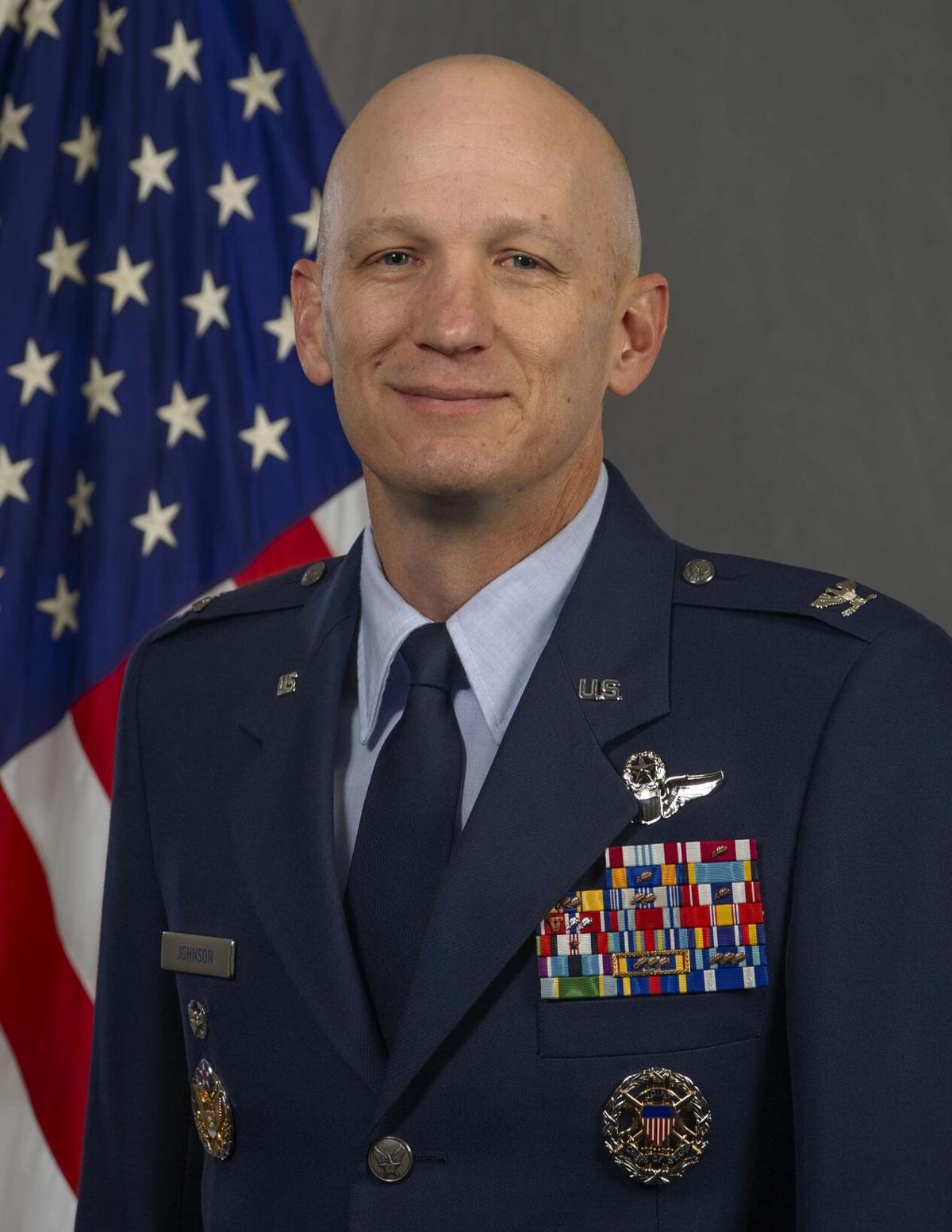 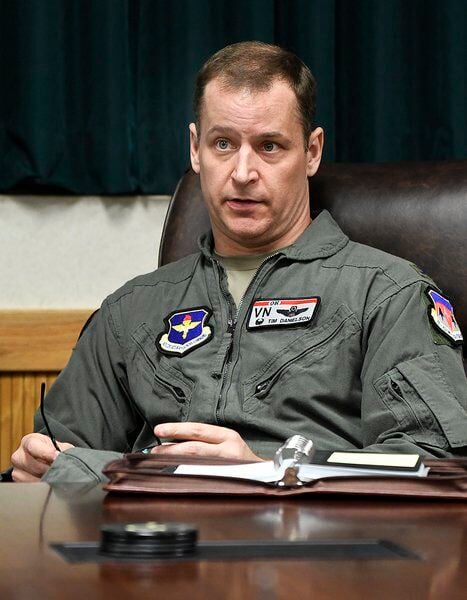 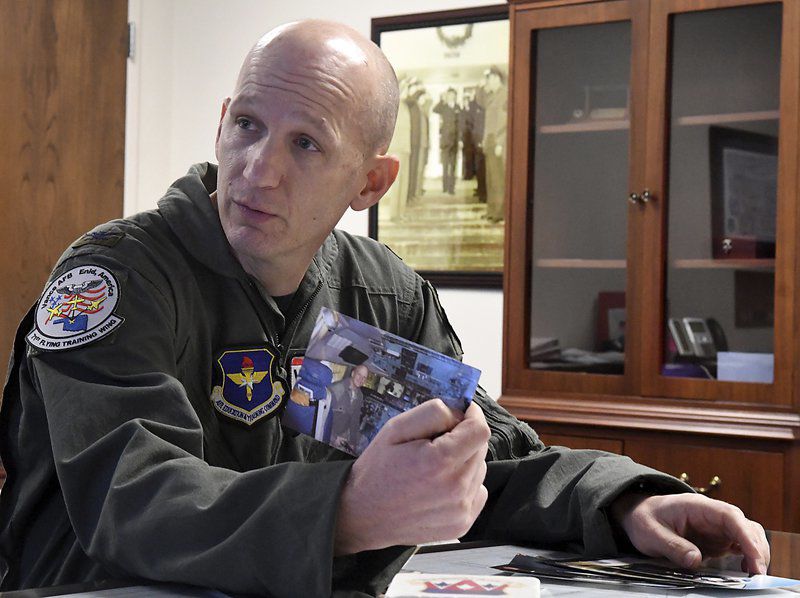 Maj. Gen. Craig Wills, 19th Air Force commander, relieved Danielson for a loss of trust and confidence in his ability to effectively command the 71st FTW, according to the release.

“Commanders must uphold the highest standards and create and maintain a proper environment in their unit,” Lt. Gen. Brad Webb, commander of Air Education and Training Command, said. “Our airmen, families and the critical mission of training future pilots and leaders deserve nothing less.”

Danielson has been reassigned to a staff position, said Marilyn C. Holliday, chief of operations for Air Education and Training Command public affairs.

“Leaders at 19th Air Force became aware of the concerns through the chain of command, within the last 30 days," Holliday said in an emailed statement. "The former commander is not suspected of misconduct or illegal actions. This decision was based on the loss of trust and confidence in the commander’s ability to lead the 71st Flying Training Wing."

Danielson, a native of Manville, La., north of New Orleans, took over the reins of the 71st FTW from Col. Corey Simmons, on June 29.

Danielson’s deployments include service in staff and flying positions in support of Operations Southern Watch, Enduring Freedom and Iraqi Freedom. He served as deputy director of the U.S. Africa Command Liaison Office at the Pentagon, and before coming to Vance was commander of the 43rd Air Mobility Operations Group at Pope Army Airfield, N.C.

Johnson has been at Vance since January 2018, when he was named vice commander.

He also went through pilot training at Columbus AFB. His deployments include positions in support of Operations Enduring Freedom and Iraqi Freedom.

Before coming to Vance, he was division chief for International Training, Education and Policy in the office of the undersecretary of the Air Force for international affairs at the Pentagon.

When he took over at Vance, Danielson said he was happy to work with young airmen.

“I am more than ecstatic to give back to young airmen,” Danielson said in July 2020 about coming to Vance. “We’re developing the world’s best pilots here, and when they mentioned this as a possibility to me, I was more than excited to come here.”

At the time, Danielson said Vance was at the forefront of the Air Force’s new Undergraduate Pilot Training 2.5 syllabus, which uses virtual reality technology to give students more pre-flight practice of maneuvers, and immediate post-flight opportunities to re-train on mistakes made in the cockpit.

He said that combination of more advance training and immediate post-flight practice on areas that need more work will allow instructors to advance students faster, with the same amount of cockpit time.

And, since some students master flying faster or slower than others, Danielson said Vance is moving to a “student-centered approach,” where students can be advanced or held back depending on their progress, rather than requiring an entire class to progress together.

Danielson said he is looking forward continuing to execute UPT 2.5, developing Vance’s enlisted airmen, boosting diversity and inclusion on the base, and “continuing to deliver the world’s best pilots.”

Originally from Fremont, Calif., in the San Francisco Bay area, Johnson credits the influence of his grandfather, Navy Chief Petty Officer Arthur Lockwood, in leading him to a life in the military.

Despite the challenges of COVID-19, Vance Air Force Base continued its record of being the most productive pilot training base in the Air Force in 2020, and it is moving forward by implementing new training processes and major upgrades to base infrastructure.

With coronavirus cases still on the rise, a replacement project on the base's longest runway and the continuing need to balance increased production with quality and safety, Col. Timothy Danielson, who assumed command at Vance Air Force Base on June 29, has his work cut out for him to continue that high standard.

❝We're developing the world's best pilots here, and when they mentioned this as a possibility to me, I was more than excited to come here.❞ — Col. Timothy Danielson, commander of the 71st Flying Training Wing at Vance Air Force Base

Simmons hands over reins during change of command at Vance

Col. Corey "Senator" Simmons relinquished command of the 71st Flying Training Wing at Vance Air Force Base, on Monday, completing his two-year tour by handing over the reins of the base and its airmen to Col. Timothy Danielson.