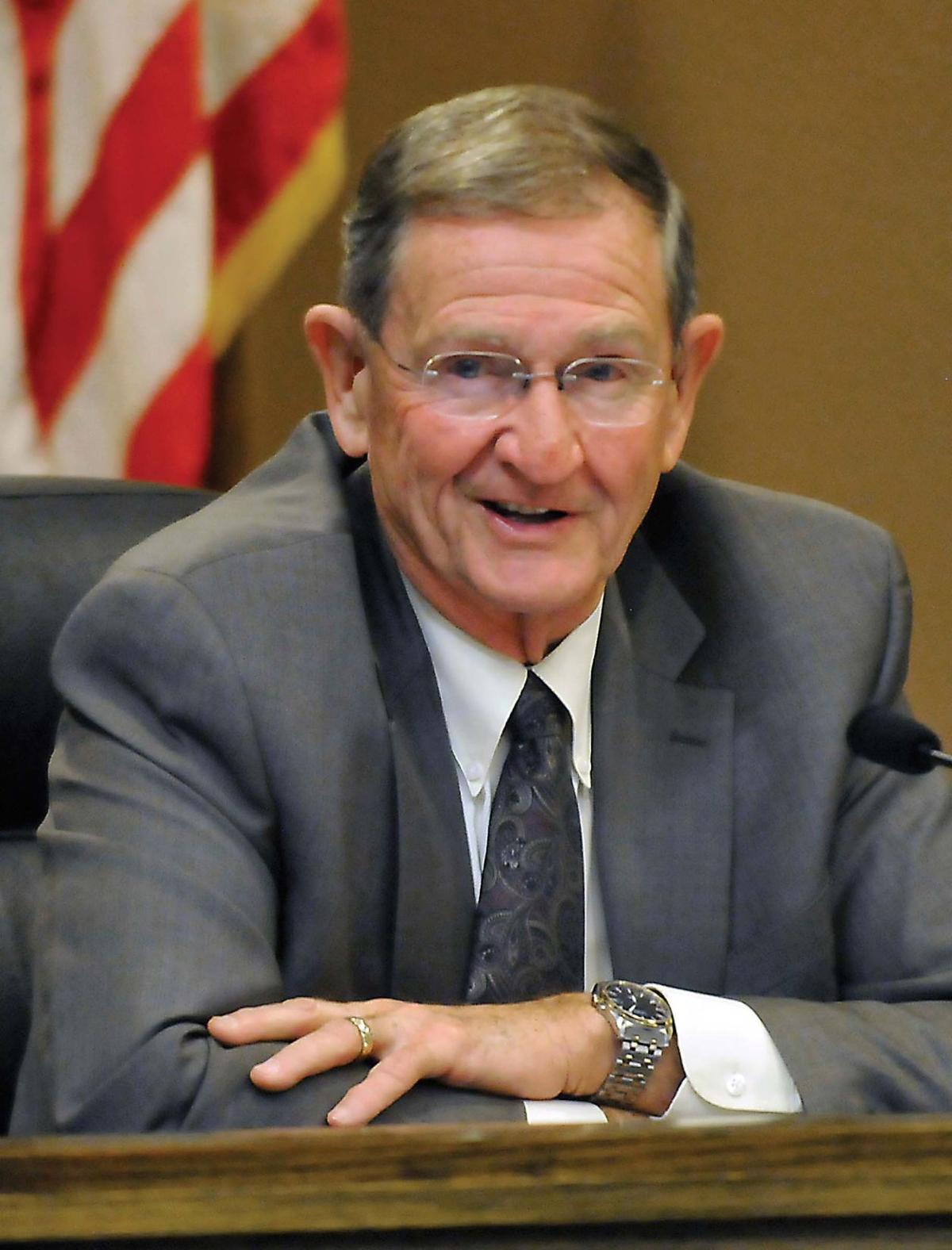 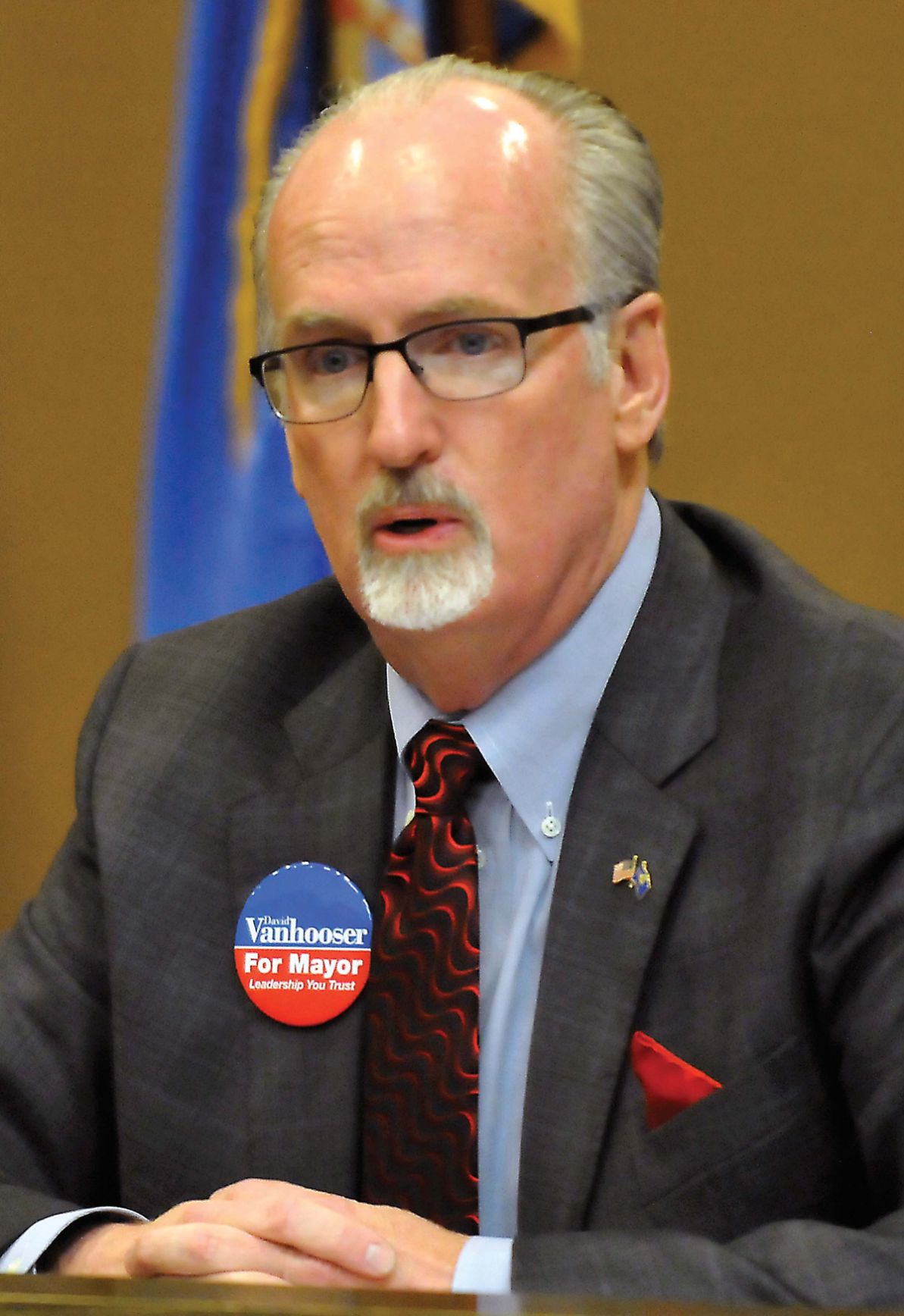 While both mayoral candidates admit there’s not much daylight between them on policy issues, Dr. David Vanhooser of Ward 6 summed up the difference in a few words.

“You’re going to have to pick at some point which personality you like better and which style you like better,” Vanhooser said at a forum between the two Friday. “I’m a little more aggressive and outspoken. Bill’s more calm and methodical.”

That’s not to say Shewey doesn’t fight for his positions. Last year, Shewey supported an offer from Oklahoma Natural Gas in negotiations for a higher rate paid to the city. ONG argued that rate would have to be passed on to Enid residents, and Shewey said the extra cash other commissioners wanted would be insignificant to the city’s budget.

The city and ONG eventually agreed on a compromise that Shewey supported.

Still, the challenger believes he can take more advantage of the bully pulpit afforded to the mayor. Aside from ceremonial duties, the charter grants little more authority to the mayor than the commissioners.

“The power is not really that different. At the end of the day, you still have one vote,” Vanhooser said. “But I think there is a lot of opportunity to move things along and keep everybody going the same direction.”

Shewey is seeking a second four-year term as mayor. Vanhooser has served as commissioner for about two years. Unlike the six commissioner seats who are elected from geographic areas, any registered voter in the city can cast a ballot for mayor on Feb. 10.

Vanhooser said this week he hopes to change the power structure at City Hall. For the past eight years under former City Manager Eric Benson, he said, the city manager often has been the focus.

“I’d like to see things changed to where when there’s an issue or when you know what’s going on with something, instead of calling the (city manager) you call the mayor,” he said.

Under this format, the mayor would be the most visible part of City Hall, leaving City Manager Jerald Gilbert to run the day-to-day operations and manage his staff.

“I think Jerald is perfect to not be in the spotlight. I think he’d like that role. Eric loved being in the spotlight and he did a beautiful job at it, but that’s not Jerald,” Vanhooser said. “I think having a strong mayor is very important with Jerald as a city manager. I think those fit together perfectly.”

Shewey, an executive at Central National Bank, said he’s enjoyed his role as a leader. As a former University of Tulsa quarterback, he said a person can’t succeed in that role without being a leader, and the leader relies on the team.

Shewey outlined his style of leadership to the Enid Noon AMBUCS on Friday.

“My style is basically to listen, hear what people are saying, and I usually take a little while to digest that, he said. “My basic way of doing it is to listen (and) do what I think is best for the city of Enid. That’s the way I look at it because I have to live with myself at the end of that vote.”

If Shewey wins, Vanhooser will get to serve out the final two years of his first term as commissioner. If Vanhooser wins, however, Shewey loses his seat and the commission likely will appoint someone to fill the vacant Ward 6 seat.

Vanhooser said he knows of three “strong” candidates who’ve expressed interest in taking over the mostly-affluent northwest Enid district, but declined to name them.

Shewey lives in Ward 2. Former Commissioner Mike Stuber stepped down from his seat last year because he moved into Ward 6.

Whoever earns the mayoral victory Feb. 10, they will have to lead the commission through big-money decisions. Officials are preparing to pull the trigger on a massive pipeline effort to bring water from Kaw Lake to Enid, which could reach $300 million dollars over a number of years. Several commissioners also have hinted they support a one-time $20 million push for road and street funding.

Vanhooser said a bond could do the trick, but he’d rather look at existing revenue first. The terms of a previously adopted sales tax and expiration of a bond issue means millions more for the city will become available soon.

Vanhooser called bonds a tax “in a roundabout way.”

“As a general rule, I’m against any kind of new taxation. We have to figure out how we do it with the money we have, or figure out some other public-private cooperation,” he said.

Streets, however, won’t be his primary goal. He’ll focus instead on finishing upgrades at the Enid Television Network, building a downtown hotel and shepherding the conversion of the Lahoma Courts neighborhood into a retail corner.

Shewey won’t say yet how he wants to pay for the big-ticket items.

“I can’t answer that directly because we have a lot of alternatives and we haven’t seen what those are right now,” he said, noting he’ll rely on the advice of the city’s consultants and expert staff.

The mayor’s top priority is known to just about anyone who’s heard him talk about Enid. In nearly every speech, Shewey lays out the topic he’s most concerned about.

“I understand why all of these cities and towns are good for Enid, and why Enid is good for them. They rely on Enid, and Enid relies on them,” Shewey said.

Main difference in mayoral race comes down to personality

The ENE editorial board has been analyzing this race for months. It all comes down to differences of personality ...