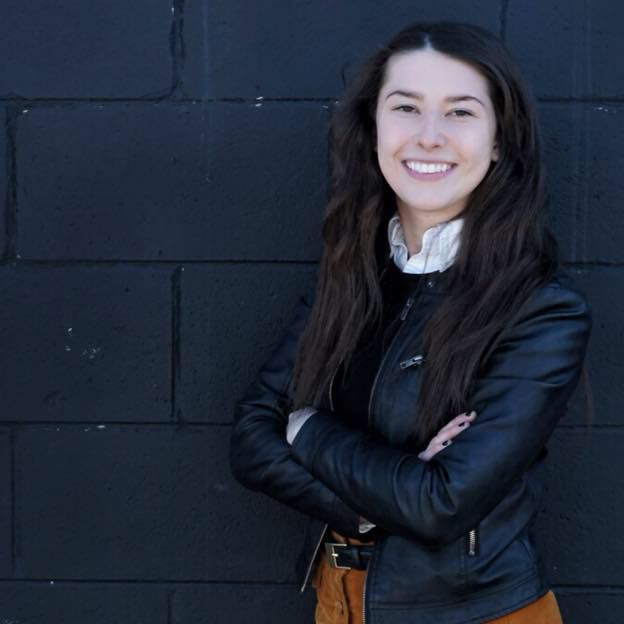 OSU alumna and former News Press columnist Cara Chancellor witnessed a shooting that occurred Saturday in a Denver night spot when a breakdancing FBI agent accidentally discharged his gun into the crowd. 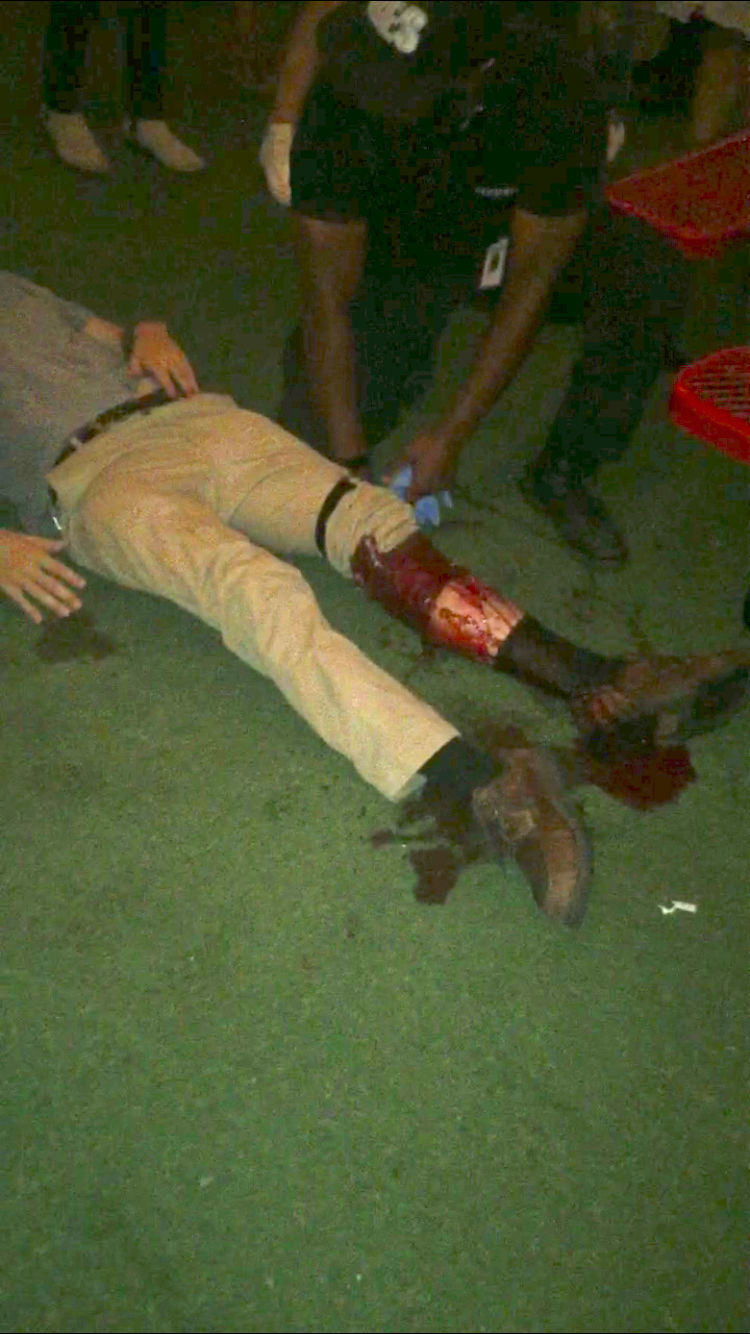 A man standing in a dance circle was shot in the leg Saturday at Mile High Distillery in Denver when the off-duty FBI agent who was dancing dropped his gun and accidentally discharged it into the crowd. The victim was transported to a hospital and is believed to be in good condition.

OSU alumna and former News Press columnist Cara Chancellor witnessed a shooting that occurred Saturday in a Denver night spot when a breakdancing FBI agent accidentally discharged his gun into the crowd.

A man standing in a dance circle was shot in the leg Saturday at Mile High Distillery in Denver when the off-duty FBI agent who was dancing dropped his gun and accidentally discharged it into the crowd. The victim was transported to a hospital and is believed to be in good condition.

DENVER, Colo. — An Oklahoma State University alumna was at a Denver night spot last week when an off-duty FBI agent dropped his gun while dancing, shooting a man in the crowd.

Although the video online has drawn a slew of jokes, Cara Chancellor, a former Stillwater News Press employee, said it was a frightening situation.

“Luckily the guy who was hit is OK, otherwise we wouldn’t be laughing about this,” she said.

This @FBI agent was dancing at a Denver bar on Saturday night. Did a back flip, gun falls. He picks it up and a round is fired, hitting a man (he’ll be ok.) @DenverPolice investigating. #9News pic.twitter.com/MwV1WpNzAQ

The Associated Press reported Monday the officer’s name had not been released and the Denver FBI had declined to comment, but ABC affiliate Denver7 reported the man was an FBI agent in Denver for training. The station reports he has since has left the city.

Chancellor said she and some friends were hanging out in the patio area of Mile High Distillery, a bar she describes as a gathering place for young professionals in the LoDo or Lower Downtown neighborhood. Mile High isn’t really a nightclub as some media reports have described it, she said. It’s a tasting room for a local craft distillery that has an attached outdoor patio area with artificial turf and yard games like cornhole.

It’s got a relaxed atmosphere and people gather there to drink and talk, she said.

Chancellor said nobody in the bar realized the man with the gun was an FBI agent or any sort of law enforcement.

“He seemed like some dopey guy who walked in and was drinking too much and just had a gun because he could,” she said.

A video of the incident shows him dancing then doing a backflip, which causes the gun tucked into the back waistband of his pants to go flying and land on the ground in front of him.

Chancellor was in the front row of the dance circle surrounding Bishop and saw it land on the ground.

“Everyone was like, ‘Holy s***, is that a gun?” she said. “He pulled the trigger when he grabbed it and we see this flash...It sounded like a firecracker.”

Chancellor said the DJ stopped the music for moment to ask if everyone was OK then started it up again. It took a few moments for anyone to realize someone had been hit by the bullet.

“I look over and this guy is bleeding everywhere,” she said. “At that point, they evacuated the place, and the EMTs started coming in.”

Chancellor says she was focused on the man who was shot, and her eyes didn’t follow the man with the gun. But she didn’t see him check on the man he shot.

Denver police say they're awaiting lab results to help determine if alcohol was a factor, and prosecutors will decide whether the agent will face any charges in the shooting.

The victim was taken to a hospital in good condition, and Chancellor said he seemed to be taking the situation pretty well.

“He was drunk,” she said. “He was like ‘I’m all good,’ as they were loading him in the ambulance.”

The company also said it would like to speak with an FBI representative about why the agent felt the need to be armed in the establishment in violation of its rules.

In many states, there are restrictions regarding carrying a gun into an establishment where liquor is served. Denver attorney Doug Richards explained Colorado laws in a video posted on the U.S. LawShield website March 20.

Someone with a concealed carry license can take their gun into a bar in Colorado unless the establishment has a sign stating they can’t or an employee tells them they can’t. The problems start when the gun owner starts drinking because possessing a gun while intoxicated is a crime in Colorado, Richards explained.

There is not an established legal limit similar to the blood alcohol limits used to determine impaired and drunken driving when it comes to possessing a firearm. He called the determination process “subjective.”

“If you’re using bad judgement, and you’ve got alcohol on your breath, I can promise you the police officer is going to say you’re intoxicated and you’re going to face a criminal charge for doing something you really shouldn’t be doing in the first place,” Richards said.

“If I can’t drive a car on a couple of margaritas why would you let someone have a gun in a place where people are inebriated?” she said.

Payne County Sheriff R.B. Hauf says he’s not familiar with the details of the case in Denver and can’t speak to its specifics, but his officers are allowed and even encouraged to carry their guns off-duty.

They can carry them into bars while in plain clothes and in the course of their duties but aren’t allowed to drink while they have them on.

Hauf says one of his deputies would be terminated if they were involved in a situation like the one in Denver.

Even if the agent was not drinking, Hauf thinks there are issues that need to be examined.

Every law enforcement agency has different policies, but they all take it seriously when an officer accidentally discharges a weapon, even if nobody gets hurt, he said.

In addition, most police-issue, semi-automatic handguns have internal safety mechanisms or a trigger safety so they shouldn’t go off unless someone actually pulls the trigger.

“Your finger is your primary safety,” Hauf said. “Your finger never goes on the trigger unless you’re ready to pull it. They drill that into everyone in law enforcement during their training ... Unless you’re drinking and that goes out the window.”

Most holsters have some type of retainer or release mechanism to keep the gun from coming out unintentionally, although Hauf says not everyone uses them. That could explain why the agent’s guy flew out of his holster.

News Press columnist and gun advocate Fred Causley says he thinks laws like the ones in Oklahoma that prohibit people from carrying guns into bars are in place for a good reason and he would never want to mix alcohol and firearms.

He’s got a couple of recommendations he thinks might have prevented the situation in Denver.

“No. 1: Don’t have a firearm where you are drinking,” Causley said. “No. 2: I really don’t recommend breakdancing with a firearm.”

"At Mile High Spirits, we pride ourselves on being a craft distillery with high quality products and an engaging customer experience, in a fun and safe atmosphere. It is shocking that the only shooting to ever occur at our establishment came about as a result of an FBI agent entering our distillery tasting room carrying a loaded firearm without our knowledge, in violation of our rules. As a result of his misconduct, one of our innocent patrons was shot.

"Our security team was able to execute a catastrophic event plan, ensuring, safe exit of all patrons in the establishment after the shooting. We are deeply saddened by the events that occurred and look forward to speaking with representatives of the FBI, so we can come to understand his presence and his need to be armed in our establishment. The whole team at Mile High Spirits is praying for the victim’s quick recovery, and he’s welcome at Mile High Spirits to enjoy complimentary drinks forever."