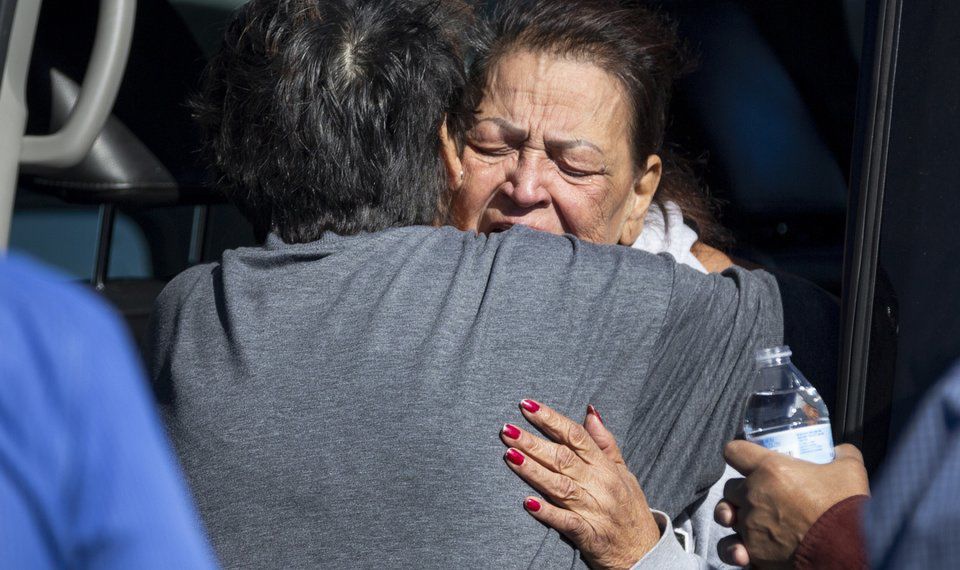 A family member reacts at the scene of a shooting that left three people dead in the Walmart parking lot in Duncan on Monday. (AP Photo) 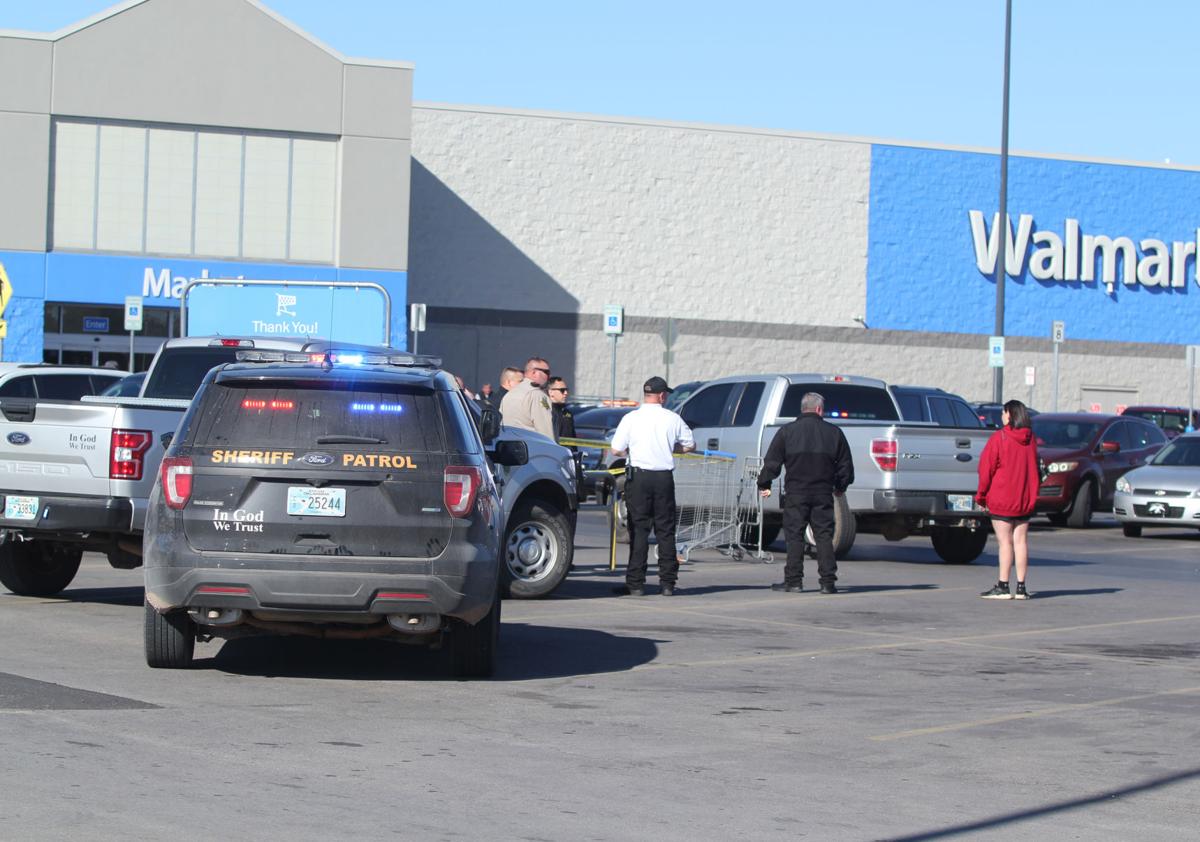 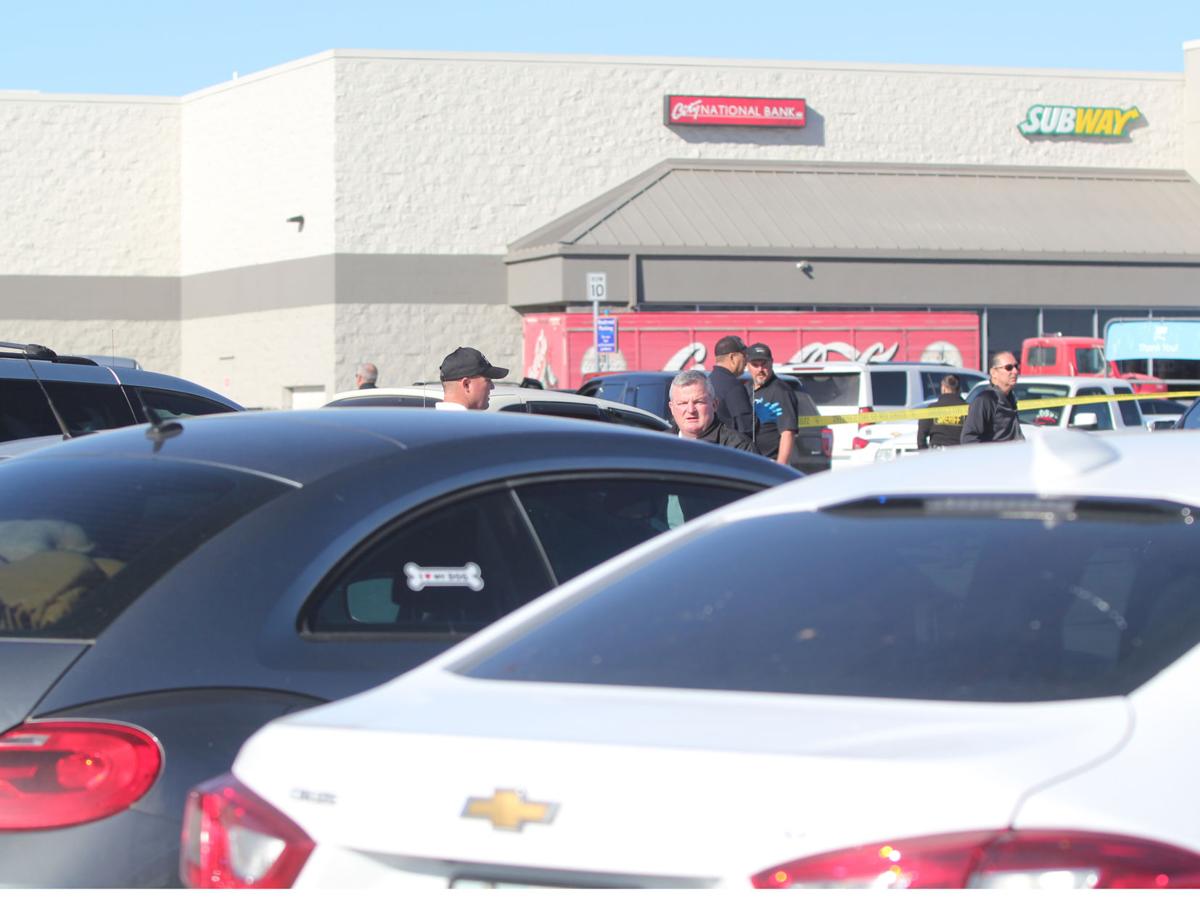 A family member reacts at the scene of a shooting that left three people dead in the Walmart parking lot in Duncan on Monday. (AP Photo)

DUNCAN, Okla. — The police clock read 9:55 a.m. Monday when a 911 caller reported an unidentified man and woman — who had just calmly walked from the money center in Walmart and got in their car — suddenly were shot to death through the windshield.

Within seconds, the gunman, who had approached the car without notice, pointed an automatic pistol to his head and pulled the trigger again.

A bystander in the parking lot who heard the shots ring out drew his handgun, but before he could approach the shooter he had killed himself.

Police Chief Danny Ford described the scenario, based on witness acounts, at a news conference. He said the three dead people, whom he did not identify,  knew each other; that between four and nine shots were fired; and police and sheriff's deputies responded to the 911 call in force.

Ford offered no motive for the shootings or other details, though he acknowledged the deaths “put everyone on edge” in this rural southwest Oklahoma town of 23,000 not far from the Texas state line.

Schools and nearby businesses, including a senior care home across the street, locked down upon learning of the shootings.

Given the history of mass shootings in recent years, Ford said, his first thought turned to a worse case scenario like that in El Paso, Texas, where a gunman killed 22 people and wounded 24 others at a Walmart store on Aug. 3.

“Is it an El Paso? No,” said Ford. Nonetheless, he added “it has a lot of impact” on the town, even though investigators called it an isolated incident and not an active shooter scene.

Ford said his office and the Oklahoma Bureau of Investigation are interviewing witnesses and checking on the background of the victims and the shooter in an effort to find out why the shooting happened.

Aaron Helton of Duncan, who was preparing to park near the scene to buy groceries at Walmart, said he heard nine shots. “I arrived and there were three bodies,” he told the Associated Press.

Kristen Lyles of Duncan said she pulled into the parking lot on the south side of the Walmart Supercenter off U.S. 81 to pick up paper plates and baggies, sat in her car for five minutes or so talking to her mother and got out of the car to help a man put a TV in his vehicle. That's when she heard a woman on the other side of the parking lot screaming, “He’s got a gun, he’s got a gun, get down.”

She got into the car of a lady who had just pulled up beside her and stayed put until the police arrived.

“I heard the shots, but you don’t think that’s what it is you know? I will never forget that lady’s face saying, ‘He’s got a gun! He’s got a gun,’” said Lyles in an interview with the Duncan Banner newspaper.

“You don’t think that’s going to happen in Duncan. I’ve been crying since this all happened. I’m just trying to breathe. You never think you are going to walk into that situation. I’m scared to go anywhere. I’m scared to even go to Walmart any more. You shouldn’t feel that way.”

Compiled by the staff for The Duncan Banner, a CNHI News Service publication.