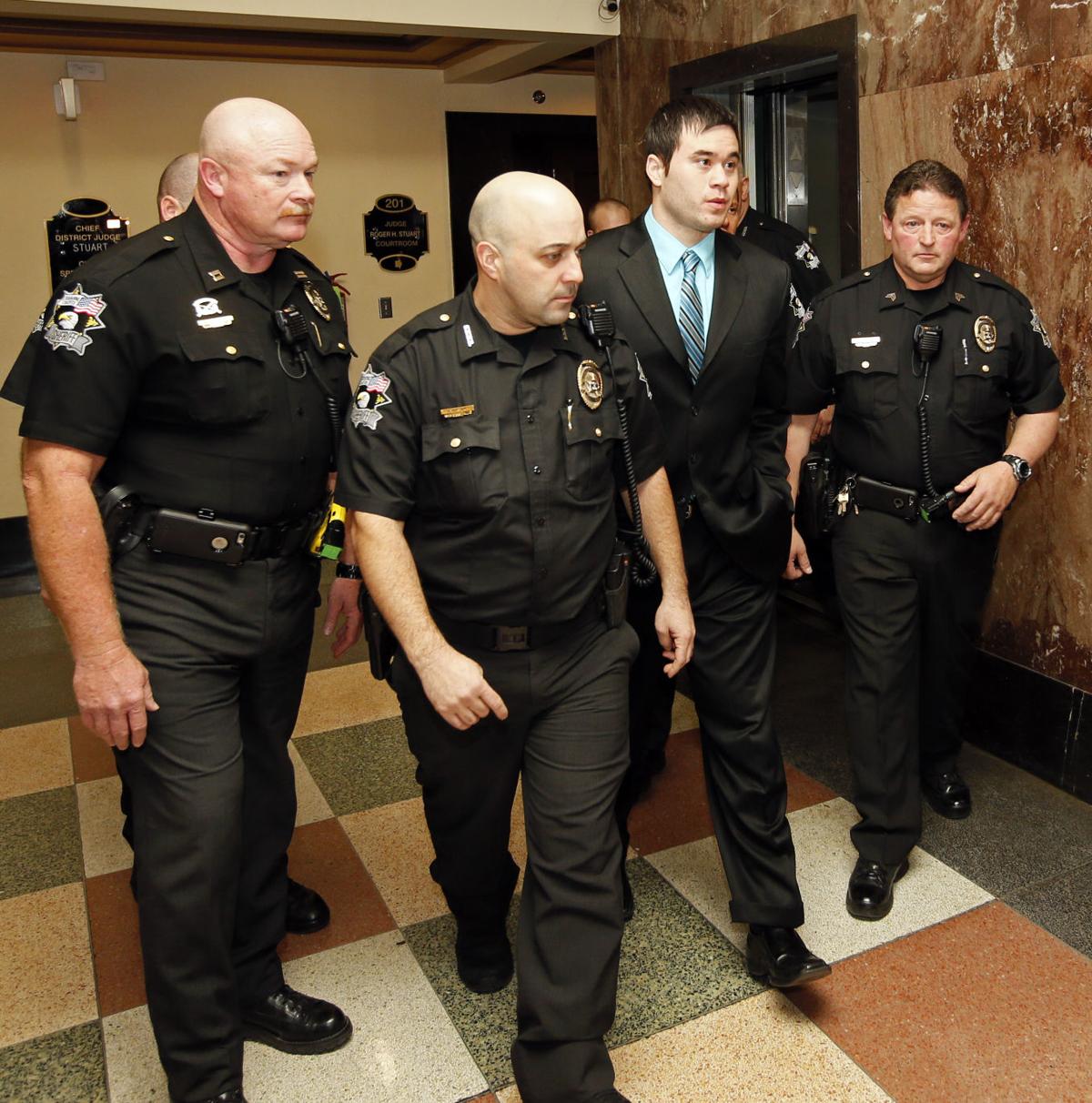 Former Oklahoma City police officer Daniel Holtzclaw is taken to the courtroom to hear the verdict in the charges against him at the Oklahoma County Courthouse in Oklahoma City, Thursday, Dec. 10, 2015. Holtzclaw was convicted of raping and sexually victimizing eight women on his police beat in a minority, low-income neighborhood. 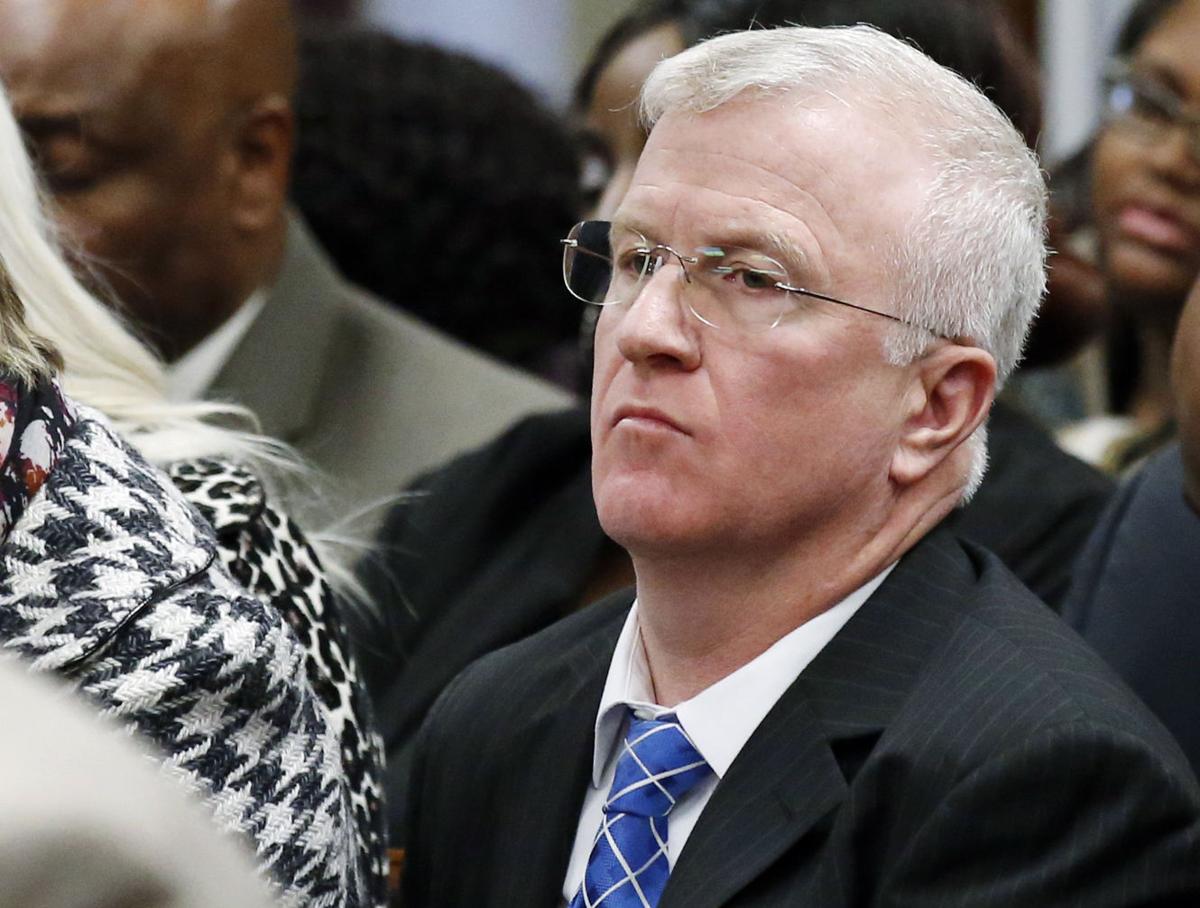 Former Oklahoma City police officer Daniel Holtzclaw is taken to the courtroom to hear the verdict in the charges against him at the Oklahoma County Courthouse in Oklahoma City, Thursday, Dec. 10, 2015. Holtzclaw was convicted of raping and sexually victimizing eight women on his police beat in a minority, low-income neighborhood.

OKLAHOMA CITY — A judge has rejected a request for a new trial for the Oklahoma officer convicted of raping and sexually assaulting women while on duty.

Oklahoma County District Judge Timothy Henderson ruled Thursday on the request from Daniel Holtzclaw, who had said in his motion that prosecutors withheld evidence from his defense team during his trial late last year.

A jury convicted Holtzclaw last month on 18 charges and acquitted him on 18 other charges. He faces up to 263 years in prison.

Holtzclaw's attorney, Scott Adams, filed a request for a new trial or evidentiary hearing late Wednesday. He told The Associated Press on Thursday that both sides are discussing Holtzclaw's motion, which alleges that prosecutors withheld evidence from the defense.

At issue is a Facebook post that Oklahoma City Officer Jake McClain says he made after the trial ended. He told the court Thursday that the post was "not entirely" true and that he was never assigned to work on Holtzclaw's case.

A sentencing hearing for Holtzclaw was delayed for a few hours as the judge considered the defense's motion for a new trial.

Daniel Holtzclaw, 29, was set for sentencing at 10 a.m. Thursday, but proceedings were delayed as Holtzclaw and attorneys met privately with District Judge Timothy Henderson in the judge's chambers.

Holtzclaw faces up to 263 years in prison after last month's convictions on 18 counts — four counts of first-degree rape, plus additional counts of forcible oral sodomy, sexual battery, procuring lewd exhibition and second-degree rape. He was acquitted on 18 other counts. Henderson will decide whether Holtzclaw will have to serve the sentences consecutively.

Prosecutors said Holtzclaw preyed on black women he interacted with on his beat in a low-income neighborhood near the state Capitol. During the monthlong trial, 13 women testified against him, and several said Holtzclaw stopped them while out on patrol, searched them for outstanding warrants or checked to see if they were carrying drug paraphernalia, then forced himself on them.

All of the accusers were black. Holtzclaw is half-white, half-Japanese.

Holtzclaw's attorney, meanwhile, described the former college football star as a model officer whose attempts to help the drug addicts and prostitutes he came in contact with were distorted. Adams also attacked the credibility of some of the women, who had arrest records and histories of drug abuse, noting that many didn't come forward until police had already identified them as possible victims after launching their investigation.

Several of Holtzclaw's victims have filed civil lawsuits against Holtzclaw and the city in state and federal court.

At least one of the accusers was expected to deliver a victim-impact statement Thursday, and several others were in the courtroom. "They have a right to voice whatever opinion they have about sentencing to the court," Oklahoma County District Attorney David Prater said.

The Associated Press highlighted Holtzclaw's case in a yearlong examination of sexual misconduct by law officers, which found that about 1,000 officers in the U.S. lost their licenses for sex crimes or other sexual misconduct over a six-year period.

Those figures are likely an undercount, because not every state has a process to ban problem officers from law enforcement. In states that do decertify officers, reporting requirements vary.

Photos from the Holtzclaw case

OKLAHOMA CITY — After four days of deliberations, jurors Thursday found a former Oklahoma City police officer guilty of 18 of the 36 charges a…

Readers also are looking at:

ENID, Okla. — Holidays are made for spending with family, cooking, baking, playing games and sitting around catching up on the past year, exce…

I was deeply disturbed by the coverage given in Sunday’s paper to the family of convicted rapist Daniel Holtzclaw.

Screening of show on convicted OKC officer held in Enid

ENID, Okla. — When the world saw broadcasts of Daniel Holtzclaw’s tears during his conviction a year ago Saturday, journalist Michelle Malkin …