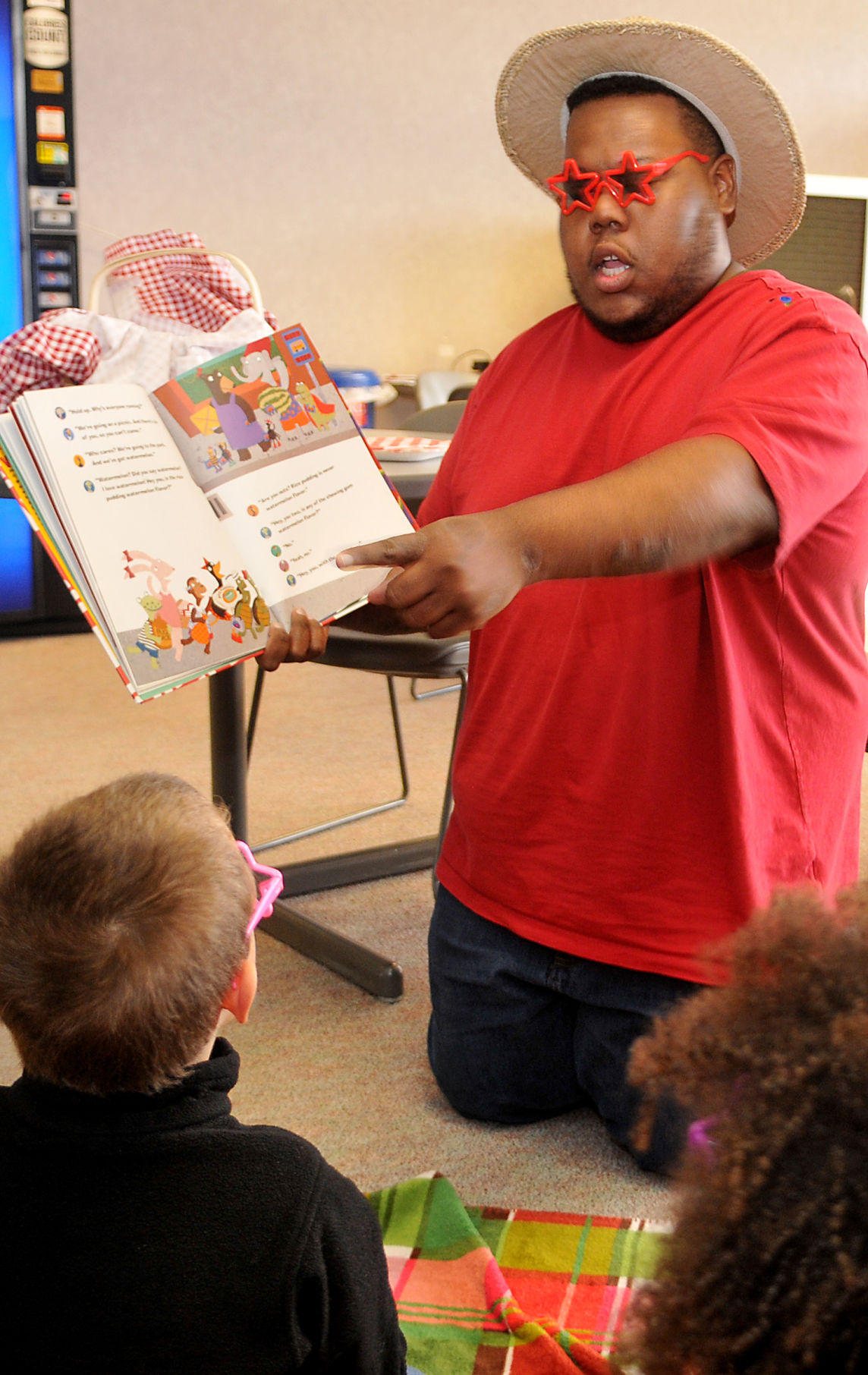 Joshua Frazier, an education student at Northwestern Oklahoma State University-Enid, sports star-shaped glasses as he reads "How Hungry Are You?" to 4-year-olds at the Enid Public Schools program on the NWOSU-Enid campus Feb. 16, 2016. 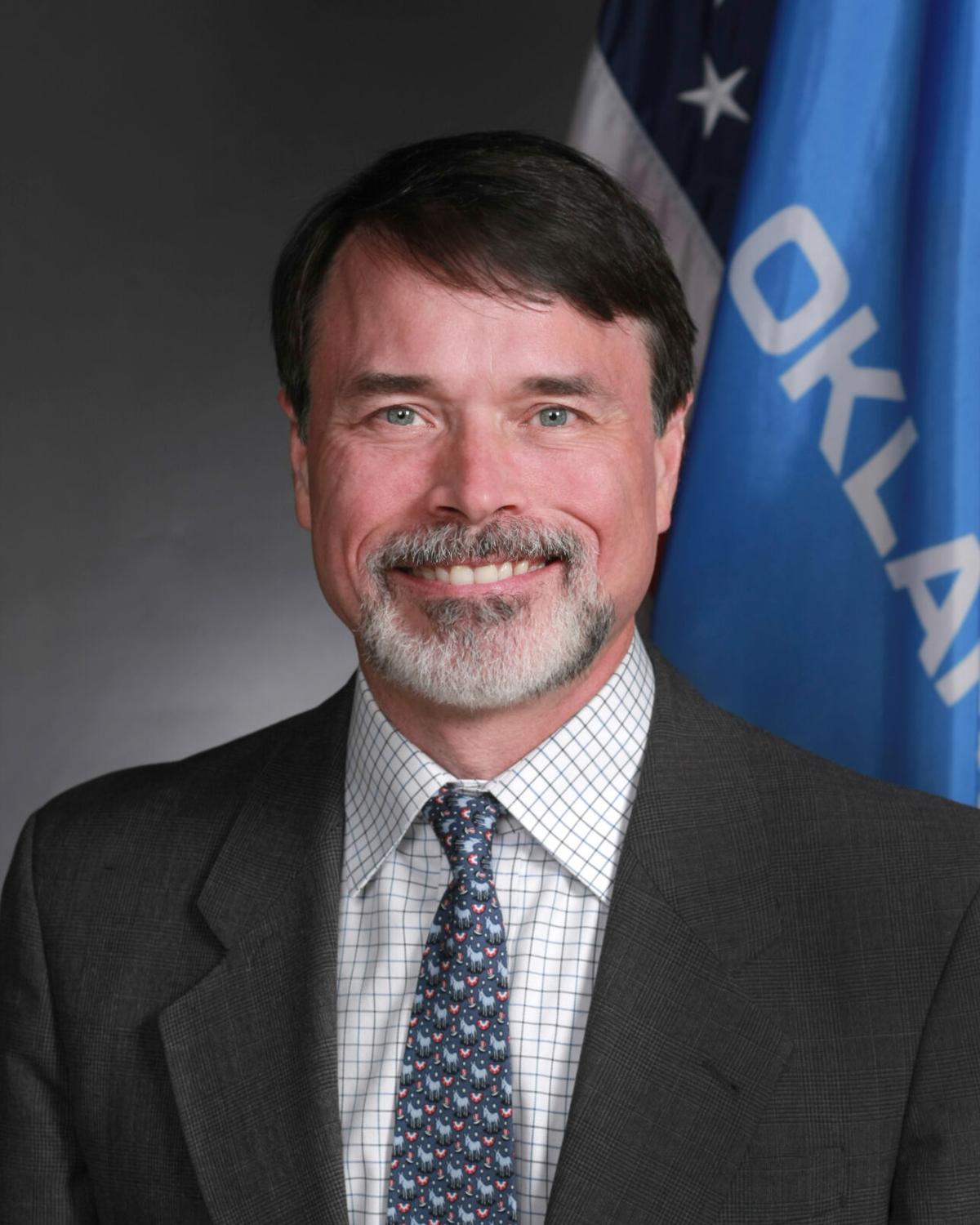 Joshua Frazier, an education student at Northwestern Oklahoma State University-Enid, sports star-shaped glasses as he reads "How Hungry Are You?" to 4-year-olds at the Enid Public Schools program on the NWOSU-Enid campus Feb. 16, 2016.

OKLAHOMA CITY — Feeling overworked, underpaid and under-appreciated, one in five Oklahoma public school teachers report they plan to leave the profession at the end of the school year.

“We have moved from being in an emergency to a crisis,” said Katherine Bishop, president of the group that represents tens of thousands of educators and support personnel.

An aging workforce is contributing to the exodus, but so are pandemic-related stressors, continuing substitute shortages and expectations that teachers take on increased workloads while giving up promised time to plan and prepare lessons, Bishop said. Teachers also must continue to upload virtual lessons while maintaining a traditional class schedule.

Bishop said pay also is proving to be a deal-breaker. It’s hindering recruiting and retention as Oklahomans look to other sectors that offer better compensation, loan forgiveness and more affordable insurance benefits.

“They have to be able to make a living wage,” Bishop said. “(The) starting teacher salary, $36,601, doesn’t go real far. We have to get our teacher pay up to be attractive, to help our students that are pursuing a degree in education want to enter the classroom and stay in the classroom.”

Bishop said several years ago, a state Department of Education task force polled about 30,000 educators who held a teaching certificate but weren’t teaching. Those who left within the first five years said they did so because of pay.

After five years, Bishop said educators reported leaving because of a lack of respect or legislative autonomy or because they didn’t have the resources they needed.

State Rep. John Waldron, D-Tulsa, said the state is struggling to incentivize younger Oklahomans to enter the profession. A recent survey of college-bound Oklahoma high school students found that only 2% were considering becoming a teacher. That’s down from 4% a few years ago.

Waldron said legislative rhetoric has become increasingly negative toward teachers, and lawmakers have taken away local control from districts. Some lawmakers, meanwhile, are demanding immediate results after hiking public school funding to record levels following years of cuts or no additional investments, he said.

“It’s a difficult time,” Waldron said. “The public school system has always been under a lot of pressure. Then we have the pressure of a pandemic, and the ongoing culture war against public education and public educators. And we wonder why teachers are leaving the profession, and why young people aren’t choosing the profession.”

He said lawmakers must look at compensation. He said Oklahoma lawmakers increased teacher salaries in recent years after a decade of wage stagnation, but surrounding states now are raising their salaries, too. And with more jobs available, teachers can find jobs that pay better in other sectors.

Waldron, who spent 20 years as a Tulsa Public Schools educator, said when he left the profession he was making between $47,000 and $48,000 a year with a master’s degree.

Joshua Frazier, 32, a second-grade teacher in Mustang, has been teaching for five years. He said he suspects teachers started the year “still maybe a little burnt out from last year.” He said last year was different with virtual schooling, distance learning and later having kids coming in and out because of quarantine.

He said each school year brings challenges, but this year many of his students never have experienced a “regular, traditional school year” because of the pandemic.

Frazier, who attended Northwestern Oklahoma State University-Enid and did his student teaching in Enid Public Schools, said he teaches at a “really good school” in a good district, but educators working in other districts haven’t been as fortunate.

His district, like most, also is grappling with a shortage of substitute teachers.

“I’m not sure why people aren’t subbing as much as they have in past years,” Frazier said. “It is difficult having to split classes or cover different things, pulling people from other areas to help cover. Not having substitutes like (we) have in the past is definitely a struggle.”

Frazier, who recently finished his master’s degree, said he’s unmarried. He can make do on his salary, but said he doesn’t know how teachers supporting families could survive on it.

State Rep. Sherrie Conley, R-Newcastle, said the state already spends more than 50% of its total budget on public schools, so she’s not sure where they’d get the money to increase teacher compensation again. Lawmakers last boosted teacher pay in 2018 by an average $6,100. They had to pass a massive new tax package on oil and gas drillers, gasoline and cigarettes to generate the estimated $447 million needed.

“I would love to be able to pay teachers more, especially starting salaries,” she said. “But again I go back to where would we take the money from?”

Conley, who spent 16 years teaching, said a lot of teachers went into education knowing exactly what the pay was. She was always fine with it as long as she had support from her administrators, she said.

She has been focused on recruiting and retaining new teachers. She said many Oklahoma educators now spend no more than five years teaching before leaving the profession.

Conley said she’d like to have student teachers spend a year in the classroom, rather than five months, so that they’re better prepared to manage a classroom and build relationships with students. She said that could involve compensating those students accordingly.

But she said ultimately it’s up to school district administrators to ask probing questions about why substitutes, bus drivers and teachers aren’t coming back, and why parents don’t want to spend time in classrooms. Administrators need to use that feedback to improve the culture and climate of school buildings.