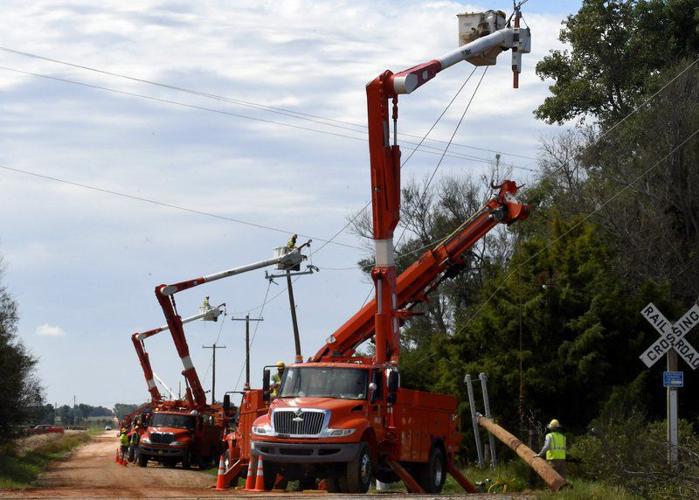 OG&E crews work to replace downed utility poles on the west side of Ames Tuesday, August 13, 2019. 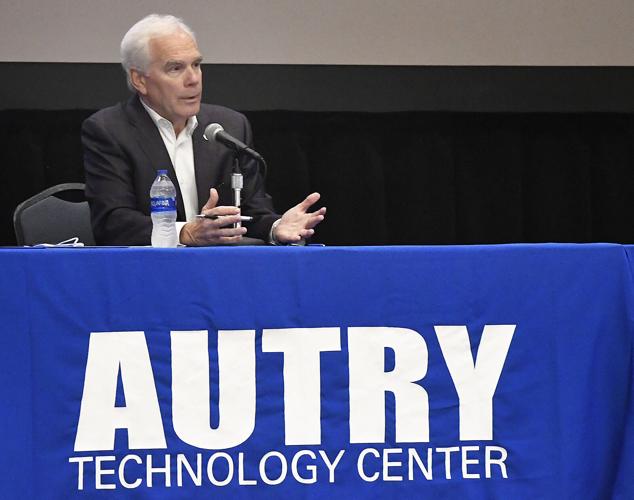 OG&E crews work to replace downed utility poles on the west side of Ames Tuesday, August 13, 2019.

OKLAHOMA CITY — Less than six months after receiving a rate hike to pay for severe winter weather in 2021, one of the state’s largest public utility providers is asking regulators to approve a rate increase that will allow it to raise $164 million in additional revenue.

A spokeswoman for the Oklahoma Attorney General’s Office, which represents consumers in rate cases, said Tuesday he does not believe OG&E is entitled to the increase. Attorney General John O’Connor is recommending Oklahoma Corporation Commission instead cut the utility’s rates by $1.6 million.

If OG&E’s rate hike is approved as requested, the average residential consumer would see an increase of $9.98 a month, according to AARP, which has intervened on behalf of its 100,000 members who rely on the utility.

That increase would be in addition to the $2.12 a month rate hike for the next 28 years approved by commissioners in December to pay for $748.9 million in extraordinary fuel costs generated by OG&E during the February 2021 winter storm.

AARP said it agrees with O’Connor that OG&E should not receive a rate increase, and contends that consumers are entitled to an $18 million rate decrease.

Deborah Thompson, AARP attorney, said Tuesday that OG&E is asking to raise the fixed charge every customer pays monthly from $13 to $23. For the lowest-use consumers the requested hike amounts to a 23% rate increase — or $12.96 per month, she said.

Thompson also said OG&E also is asking for “formula rates,” which means every year they can come in and raise their rates little by little without a full rate case, which includes accounting and a review of all costs to operate the system.

She said that based on AARP’s analysis of the data, consumers should be receiving an $18 million rate decrease, and contends that a “big chunk” of OG&E’s request relates to an additional $60 million more per year in profit on top of the cost of operating the system.

In an email OG&E said its rates were last adjusted in September 2019 and the current adjustment is designed to provide a more reliable, resilient, secure and efficient electric service to customers.

“Together, these investments will improve the customer experience by reducing the number and duration of outages, while also modernizing the system,” the company statement said. “Also included in the review are technology infrastructure and weather-hardening investments, and other transmission and generation improvements.”

If approved, the rates could take effect as soon as July 2022 and would continue to be among the lowest in the nation, OG&E also said.

The rate review is separate from the winter weather event, and OG&E cannot profit from fuel purchases, the company said.

Rachel Roberts, spokeswoman for O’Connor, said settlement discussions are under way. “… Attorney General O’Connor stands committed to represent and protect the collective interests of all Oklahoma utility customers in this rate-related proceeding.”

O’Connor recently faced criticism for not doing enough to advocate for consumers as utility companies were trying to recoup nearly $4.5 billion in unexpected utility expenses related to the February 2021 winter weather event. Commissioners had to decide who acted prudently when they bought gas in the period leading up to and during the storm and whether to securitize any or all of the debt.

Two Oklahoma Supreme Court justices recently argued that had O’Connor litigated the amount of OG&E’s extraordinary costs, he would have saved consumers money and achieved a more “just” result, but they said he never took a position on whether OG&E’s winter storm purchase of natural gas was “fair, just, reasonable or prudently incurred.”

Corporation commissioners ultimately decide whether to raise utility costs and by how much.

Nearly 7,000 AARP members have penned letters to the state’s three commissioners regarding the latest rate increase, asking the officials to reject it.

Jim Randall, an OG&E customer and AARP state president, said residents across the state are watching every penny they spend because prices continue to climb.

“There is no doubt that Oklahomans, especially those on fixed incomes, will have to make difficult decisions,” Randall said. “People I know have told me they will have to choose between food, medical care and ridiculous utility costs.”

He said he finds the “back-to-back” rate hike requests “unconscionable as OG&E profits off the backs of hard-working Oklahomans.”

Janelle Stecklein covers the Oklahoma Statehouse for CNHI's newspapers and websites. She can be reached at jstecklein@cnhinews.com.