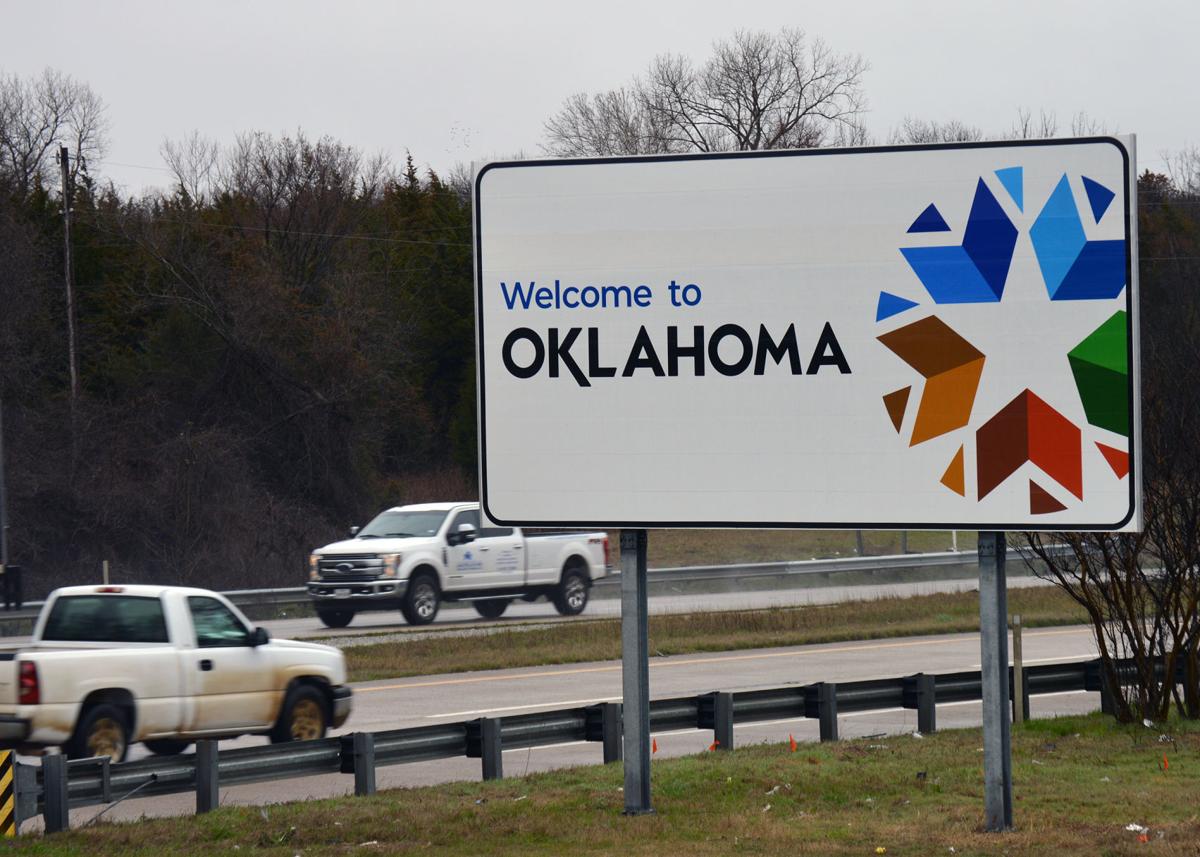 Oklahoma Department of Transportation has started replacing old welcome signs with the new, colorful “Welcome to Oklahoma” signs. This sign is on U.S. 69/75 in Bryan County. (ODOT Photo) 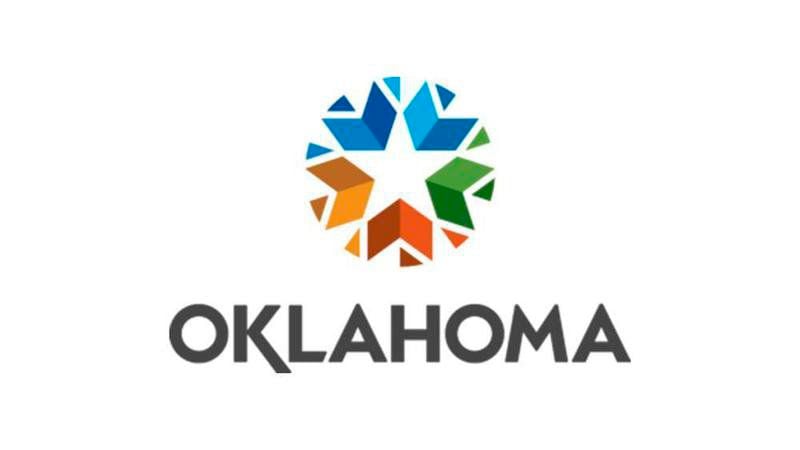 Oklahoma Department of Transportation has started replacing old welcome signs with the new, colorful “Welcome to Oklahoma” signs. This sign is on U.S. 69/75 in Bryan County. (ODOT Photo)

The state has a new brand, logo and tag line.

Enthusiastic state officials and business leaders unveiled the long-awaited logo “Oklahoma” and the new tag line “Imagine that.” The announcement came in a packed room inside one of the state’s most recognized landmarks — Chesapeake Energy Arena where the Oklahoma City Thunder play.

Republican Gov. Kevin Stitt said he feels like state leaders came up with a world-class brand, by Oklahomans and for Oklahomans.

“I love saying we’re taking Oklahoma to the world, and we’re bringing the world to back to Oklahoma,” he said. "This is just a common brand now that we can all use to talk about Oklahoma. 'Imagine that.' Top 10 state. 'Imagine that.'”

Leaders said the branding will help unify the state’s messaging for residents, tourists and the business community and begin reshaping Oklahoma's national and world image.

When it’s time to recruit prospective companies to Oklahoma, people either know nothing about the state or have pre-conceived notions, said Steve Hendrickson, government relations director for Boeing and member of Oklahoma Business Roundtable.

“I can never have one of these conversations without someone bringing up that person from central casting during one of our unfortunate weather events that shows up through both of their teeth in front of their former single-wide trailer talking about what life is like in Oklahoma,” he said.

“I don’t mean to disparage anybody who’s had unfortunate things happen to them, but that is not who we are,” he said, adding that Oklahoma now has a consistent brand that businesses can actually talk about.

More than 200 Oklahomans volunteered their time to come up with an “authentic and emotional” concept that represents the state’s heritage, booming industry, natural wonders and people, said Lt. Gov. Matt Pinnell.

“The process was not about creating an identity, but instead this process was about revealing and highlighting one that was already there,” he said.

The “Imagine that” tag line helps set expectations of what the Oklahoma experience is like. It helps tap into the surprise, but from an emotional perspective that allows people to realize they can still live the “American dream” in Oklahoma, he said.

The new Oklahoma logo design is based on shapes and colors embedded in the state’s culture, he said. It’s inspired by the Native American heritage and reflects earth, sky, water, agriculture and forest. The white star in the center is a powerful symbol of America and part of the state seal.

The surrounding chevron shapes acknowledge the military — the veterans that live in Oklahoma and the military bases, he said.

“Together these elements form a circle and direct their energy inward again dramatizing Oklahoma as a hub, the center of America,” Pinnell said.

Pinnell said while volunteers did much of the work, the rebranding effort ended up costing about $200,000 because officials had to hire a Canadian company to serve as a neutral facilitator. The public relations company handling the rebranding launch later clarified that figure, noting that invoices had topped $259,000.

Taxpayers paid about $100,000 of that cost. The other half was paid for using private funding.

“If we would have hired a firm from Oklahoma, we would not have gotten the buy-in from all of those 200 people in the room because they would have just thought it was a rigged deal,” Pinnell said. “We wanted to make sure that we brought somebody in that did have a fresh look, was not connected, didn’t have biases in the state.”

Starting Thursday, new “Welcome to Oklahoma” signs featuring the new brand will pop up along highways, replacing the existing signage that is “halfway falling over,” he said.