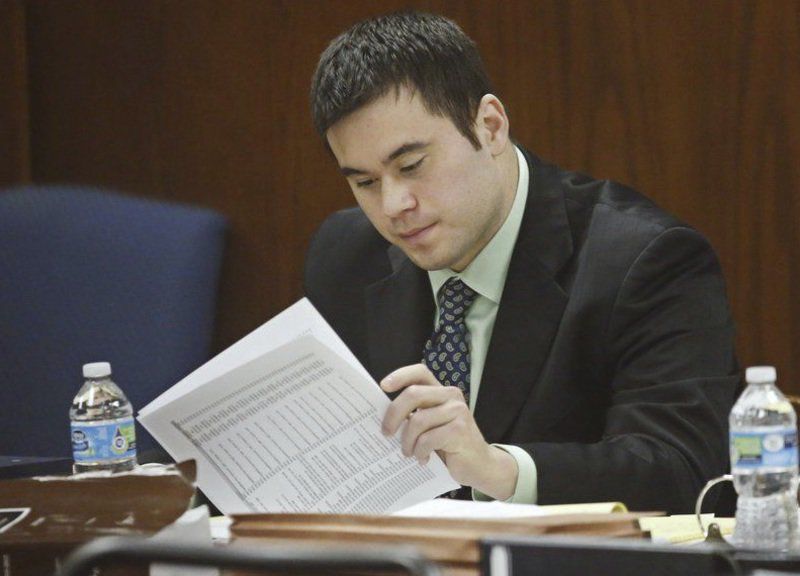 Daniel Holtzclaw looks over document during his trial in 2015. (AP Photo) 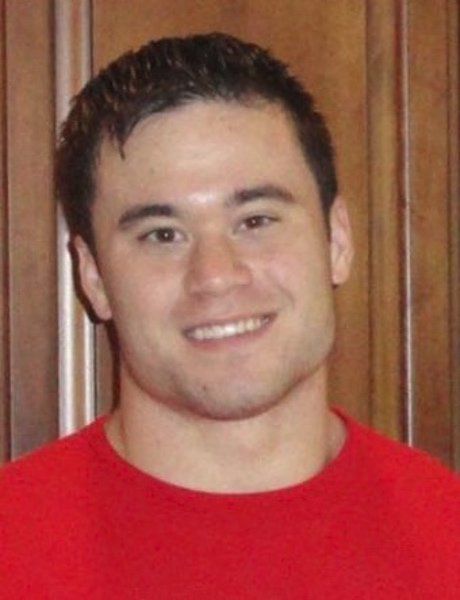 The motion also sets a schedule for a briefing.

Holtzclaw was sentenced to 263 years in prison after being convicted of preying on black women he encountered while patrolling Oklahoma City neighborhoods in 2013 and 2014. He was convicted in December 2015 on 18 of 36 counts of sexual crimes, including four counts of first-degree rape. Holtzclaw maintains his innocence and is challenging the conviction and the DNA evidence used to convict him.

That same docket note also lists documents that will remain under complete seal, including the state's motion to file accompanying material under seal; order remanding for in-camera hearing granting the state's motion for interim protective order and holding appeal in abeyance; Oklahoma County District Court order and amended order; and transcripts and exhibits admitted at the in-camera hearing.

Holtzclaw's attorneys also will be allowed to view a sealed motion dated May 4, 2017. However, the document will remain under seal. Only filings that refer to in detail, or include, protected material shall be filed under seal, the docket order reads.

Defense attorneys appealed Holtzclaw's conviction in February 2017, arguing prosecutors' faulty analysis of DNA from one of his accusers helped secure convictions on 18 counts involving eight women. Holtzclaw, a former Enid resident, was acquitted on 18 other charges.

There were two days of closed hearings about the case in June 2017, although it's unknown what was discussed. Video surveillance from outside the courtroom obtained by Oklahoma City TV station KOKH-25 shows high-ranking police and lab workers coming and going. Holtzclaw's attorneys from the state public defender's office are not seen in the footage, and they declined interview requests.

In their appeal, which is public, Holtzclaw's new attorneys say his trial lawyers failed to adequately challenge a key witness for the prosecution — the Oklahoma City police lab analyst who said she found a teen's DNA near the zipper on the inside of Holtzclaw's uniform trousers.

That DNA, the defense argues, could have gotten onto Holtzclaw's clothes through non-sexual contact. Known as "touch" or "secondary transfer" DNA, some scientists say such genetic material can be passed from skin cells via a handshake. The lawyers also contend the lead prosecutor mischaracterized the DNA evidence in closing arguments as coming from vaginal fluid.

Their arguments were backed by a report written by six forensic scientists convened by a Holtzclaw supporter — one of two filings the court has refused to admit to the record.

Internal emails released through open records laws also show that District Attorney David Prater asked assistant prosecutors in May to notify him if they were working on pending cases involving Elaine Taylor, the police lab's former and longtime analyst who was the key DNA witness in Holtzclaw's trial. Taylor retired in February 2017.

Holtzclaw's sister Jenny said the decision Friday made by the appeals court confirmed the family's beliefs.

"Daniel is an innocent man who was wrongly convicted based on fatally flawed forensic evidence, a biased and incompetent police investigation, and prosecutorial misconduct. He did not receive a fair trial," she said. "The bottom line on the new ruling from the Court of Criminal Appeals is that it affirms Daniel's and our belief — as well as the opinion of legal observers nationwide — that the secret hearings were also flawed and wrongly denied his lawyers access to the process.

"We look forward to the timely adjudication of Daniel's appeal. We are glad Daniel's lawyer will be allowed to amend Daniel's motion for an evidentiary hearing and that the briefing schedule has been set," she said. "We hope and pray the court comes to the same conclusion that six internationally renowned scientists did when they reviewed forensic analyst Elaine Taylor's work: Daniel deserves a new trial."

The petition states the facts of the Daniel Holtzclaw's case and cites a secret hearing, which Holtzclaw's defense was not allowed to attend ...