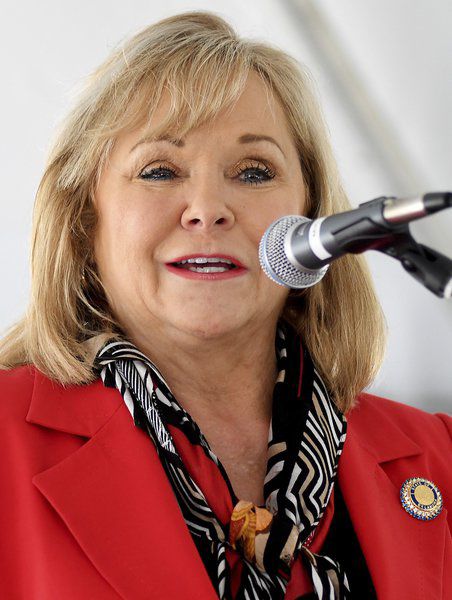 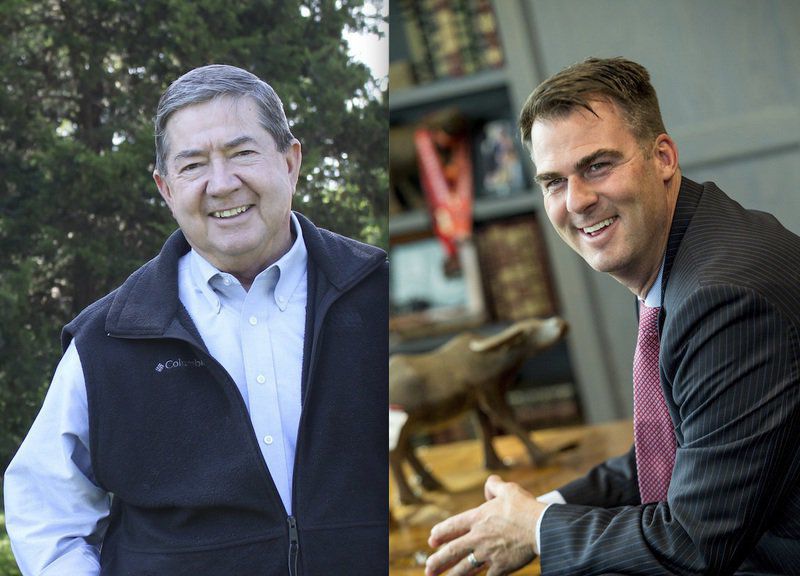 Former state Attorney General and Democrat Drew Edmondson and Republican businessman Kevin Stitt will face off in the Nov. 6 election for governor. Libertarian Chris Powell also is in the race.

Former state Attorney General and Democrat Drew Edmondson and Republican businessman Kevin Stitt will face off in the Nov. 6 election for governor. Libertarian Chris Powell also is in the race.

Up until now, Fallin has not publicly stated her choice to fill the governorship after she steps down.

"I, of course being Republican, support Kevin Stitt as the candidate because I think he will keep up a lot of the things we've done to make Oklahoma more business-friendly," said Fallin, adding that Stitt's experience as a businessman makes him uniquely qualified for the job. "His business background will certainly be a big benefit. He'll be very good for the businesses in Oklahoma."

Stitt himself has never asked for the governor's endorsement and has been lukewarm toward the notion of her support.

When asked in September if he wanted her endorsement, he said Fallin is "a nice lady," but "to me she’s one of the political establishment," whereas Stitt presents himself as a political outsider.

Fallin continually has struggled to win approval from Oklahomans throughout her nearly eight years in office; she presided over a weak economy in her first term, and an historic teacher's walkout in her second.

A study released over the summer ranked Fallin as the most unpopular governor in the nation. Of those surveyed, only 19 percent approved of Fallin, and 74 percent expressed disapproval.

"They share the same beliefs and policies, which will continue to put corporate profits and lobbyists over people and our public schools," Clingman said. "Our state can't afford four more years of failed Fallin policies, but that's exactly what we'll get with a Stitt administration."

Responding to the news of Fallin's support, the Stitt campaign again clarified it did not seek her endorsement.

"Kevin Stitt is a political outsider who is ready to do things drastically different to deliver accountability in state government," spokesperson Donelle Harder said. "We need a new direction that recruits fresh, new Oklahoma leaders ... in delivering a turnaround for our state."

In September, Stitt said he would be a “totally different” governor than Fallin. When asked if he did not want her endorsement, Stitt said he didn’t know what to say.

“If she wants to endorse me that’s fine, but again I’m not even really asking for Trump’s endorsement so I don’t think I need her endorsement to win, or any political politicians,” Stitt said. “I’m an outsider.”

I am honored to receive the endorsement of President Trump. I am ready to work with him to support our veterans, advance our military bases here in Oklahoma, and make much-needed investments in our state’s roads and bridges. pic.twitter.com/dDRQlvtS1L

“I think we’re not going into this as solid Republican as we maybe have been.”