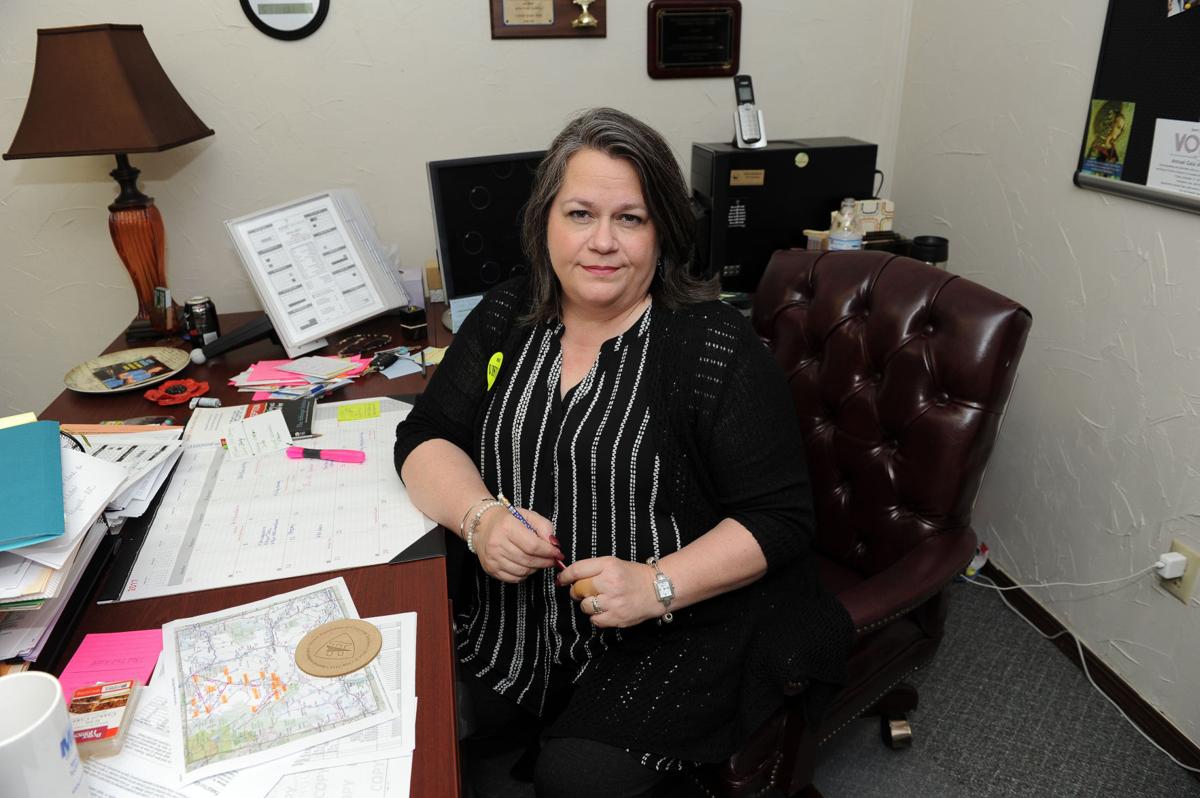 Elise Robillard estimates she carried between 90 and 110 different loans, including new ones to pay off existing payday debt. 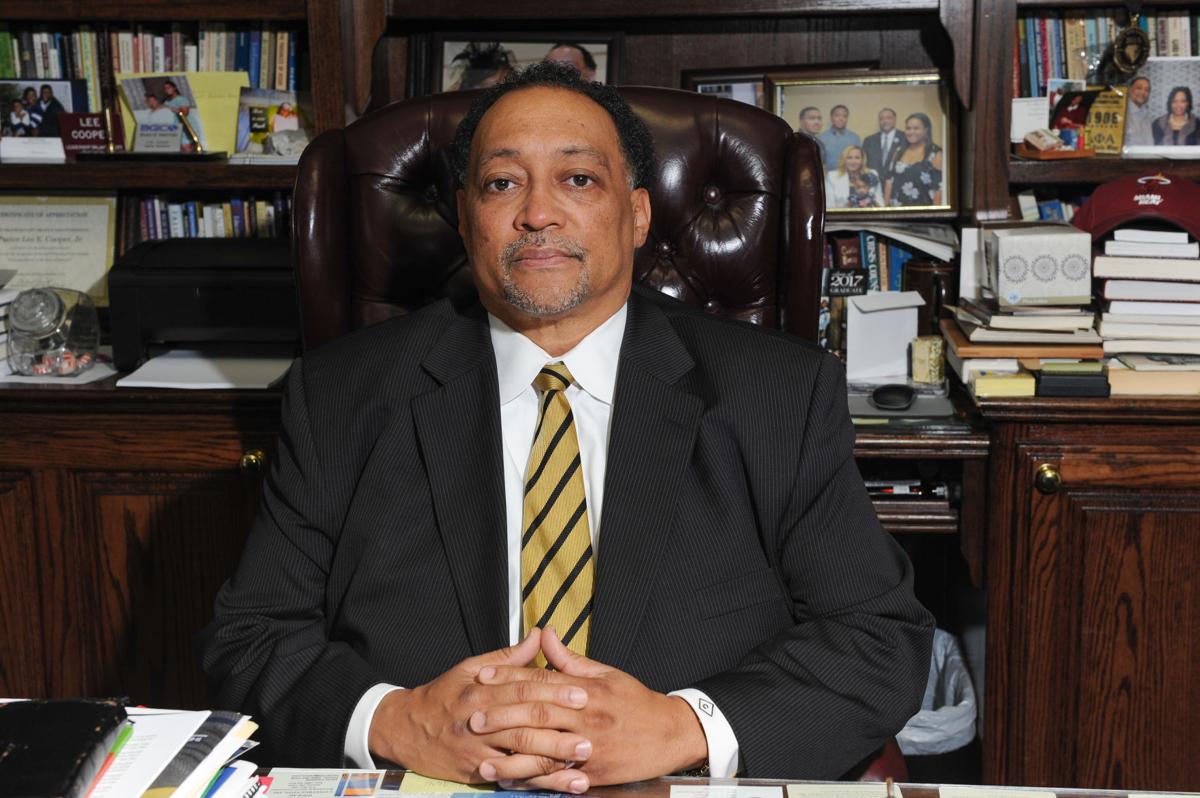 EDITOR’S NOTE: This is the first installment of a weekly series on the financial struggles of Oklahomans.

OKLAHOMA CITY — Elise Robillard was desperate for a quick cash infusion the first time she walked into a payday lending store.

A long-term substitute teacher and mother of two young children, Robillard’s tires were bald, and she couldn’t afford to replace them.

So she turned to small, short-term payday advances thinking they would keep her afloat. The loans have few financial qualifications, but annual interest rates as high as 391 percent.

But unlike Americans living in other states, Oklahomans use the loans at a staggeringly high rate, according to analysts.

In all, an estimated 1 in 8 Oklahoma adults has taken out a payday loan — the highest usage rate in the nation, said Nick Bourke, director of consumer finance at Pew Charitable Trusts. The typical borrower takes out 10 payday loans per year, often relying on new loans to pay off old cash advances, he said.

Nationally, the average usage rate is closer to 1 in 20, Pew found.

“If you think about the core reasons why people use payday loans in the first place … (Oklahoma’s usage rate) may have something to do with the fact that there are a lot of people living paycheck to paycheck in Oklahoma and not a lot of other programs set up in Oklahoma to help people be financially successful,” Bourke said.

Robillard, now 52, spent her career teaching the state’s schoolchildren as a longtime Norman resident. Even though her personal finances were in the red, the teacher said lenders kept offering — and she kept taking — new loans. She fell into the habit of taking out loan after loan for nearly two decades.

In all, she estimates she carried between 90 and 110 different loans, including new ones to pay off existing payday debt.

“This was about survival,” said Robillard, who is in the process of moving to Wyoming because she couldn't make enough money as a teacher in Oklahoma. “And once I got stuck in it, I couldn’t get out of it. The only way I could get out of that cycle, the cycle of predatory lending, was to finally declare bankruptcy. We should not set up scenarios where somebody can have a financial train wreck in their life.”

Preying on the vulnerable

Critics contend that these businesses prey on lower-income Oklahomans — many of whom may struggle to grasp the complexities of the loans.

“There are no payday lending places in Nichols Hills,” Oklahoma’s Prospect Church Pastor Lee E. Cooper Jr. said, referring to an upper-class neighborhood in Oklahoma City. “Where you will find them are in places where people have low to medium income. You’re preying on the most vulnerable people in a predatory way.”

Payday lending shops dot the storefronts of high-trafficked strip malls scattered throughout urban and suburban communities across the state. They offer an attractive lifeline to working-class Oklahomans, who are often one unexpected mishap away from financial disaster or already underwater.

Serving a lower-income community near the state Capitol, Cooper finds himself counseling parishioners about what he sees as the pitfall of the short-term loans.

“One of the biggest problems is they don’t understand how the interest compounds on these particular loans,” he said. “People just want some immediate relief, and I think that becomes what is appetizing about the payday lending practices.”

Most borrowers should realistically be able to survive on their income, but somewhere along the way, they’ve made poor financial decisions and see the loans as their only viable option, Cooper said.

The average borrower is an hourly wage earner who makes about $15 an hour — or a little more than $30,000 a year — well above the poverty line of $24,600 for a family of four, said Bourke. Borrowers come from all walks of life, but the most common are young, white mothers, he said.

“The typical person who takes out a payday loan ends up being in debt for almost half the year and pays more in fees than they borrowed in the first place,” Bourke said.

But the payday loans are also lifelines for many.

When state Rep. Kevin McDugle needed to buy a refrigerator, he turned to a lender to advance him the capital.

McDugle, a Republican military veteran from Broken Arrow, said banks wouldn’t lend the money because the risk of default on such a small loan was too high.

“Without that business, I wouldn’t have been able to do it,” he said during a recent floor debate about the practice. He later declined to answer additional questions about his experience.

He argued on the House floor that payday lenders charge such high interest rates because the loans inherently are a high risk and a good percentage never get paid back.

Nearly half of Oklahomans default on paydays loans — compared to 3 percent of standard bank loan borrowers, according to an analysis by Voices Organized in Civic Engagement, a coalition of congregations and nonprofits of Oklahomans looking to stymie industry expansion.

“It’s just sort of a vague notion, and you think, ‘Well, I’ll be able to pay this back,’” said Kristen King, a lead organizer of the group.

The group isn’t calling for an end to the loans, but rather a lower cap on interest rates and stronger enforcement by the state’s Attorney General’s Office against violators.

“We certainly think there’s a time and a place and a need for these loan products,” said Jamie Fulmer, senior vice president with Advance America, Cash Advance Centers Inc., which operates 67 Oklahoma locations that hand out thousands of loans each year.

Fulmer said the typical borrower comes from the “heart of the middle class” with incomes between $50,000 and $55,000. Ninety percent have a high school degree. Half those have some college education. Nearly 70 percent are homeowners.

Most of the 1.5 million consumers nationally report being “overwhelmingly satisfied,” he said.

State Rep. Collin Walke, D-Oklahoma City, said he can’t help but notice the number of Oklahomans who have been sued in Oklahoma County’s small claims court for defaulting on their loan obligations.

An outspoken critic of payday loans, Walke works as an attorney when he’s not serving in the Legislature.

“You will not see happy customers,” he said. “I think the … reason why they’re so prevalent is because our economic status in the state of Oklahoma is so dire. You have individuals who are out of work. You have social services that have been cut to the bone so … they have to come seek money elsewhere.”

State law allows Oklahomans to carry no more than two loans of $500 each at a time. Payday lenders, in turn, can charge borrowers no more than a $65 fee on a $500 loan, said Ruben Tornini, deputy administrator of the Oklahoma Department of Consumer Credit. The state agency monitors licensed payday lenders to ensure they’re properly disclosing information and aren’t charging excessive fees. His agency helps resolve Oklahoman’s complaints.

Tornini’s state agency mainly fields complaints dealing with unlicensed lenders — most of which operate online and out of state, including tribal lenders who don’t acknowledge state lending protections. Those are also the hardest lenders to track and penalize.

‘A cycle of debt’

Susan Hakel, a retired family physician from Oklahoma City, said she discovered the difference in state laws firsthand when her son borrowed $300 from an Arizona-based lender, days before he lost his job.

The lender — in an effort to collect on the terms of the loan — accessed her son’s Oklahoma bank account as many as three times a day. For each bounced check, the loan company charged $35, and the bank charged $50, Hakel said.

In a matter of weeks, Hakel said her son’s debt more than quadrupled before they noticed what had happened, and she was able to work with the bank to shut down access to the account.

She said she did not know the name of the payday lender and asked that her son’s name not be used to protect his privacy.

Even after she’d taken care of the bank debt, Hakel said she received threatening phone calls from people claiming to work for the payday lender for nearly six years. Debt collectors threatened to come to her home, haul her away and throw her in jail, she said. The calls have recently stopped.

“It was an endless loop of increasing debt,” Hakel said. “It only took one bad thing to happen, and there was no way he could get out under it. The thing that was so surprising to me was how quickly it all happened. It was not a long, drawn-out sob story of many months of bad financial decisions. It was one bad decision and … he fell off a cliff.”

Pew’s Bourke said some states — like those in the New England region — offer a lot of programs that provide small loans and grants from government agencies to help people living paycheck to paycheck, which can reduce the number of people turning to payday loans. If Oklahoma doesn’t have those, that could explain the higher than normal usage, he said.

Caps on the number allowed could also help consumers, but the better solution is to force lenders to have affordable payments and allow borrowers to pay off the debt over time, Bourke said. But, ultimately, it’s up to state lawmakers to set the rules regarding how much lenders can charge and the size of loans allowed.

“Frankly, the payday lenders employ a lot of lobbyists, and they very fiercely defend the status quo and they resist change,” Bourke said. “It’s just very hard to break through that resistance to change from the industry to make a change that helps consumers.”

Stecklein is state reporter for Oklahoma CNHI News Service publication newspapers. She can be reached at jstecklein@cnhi.com.