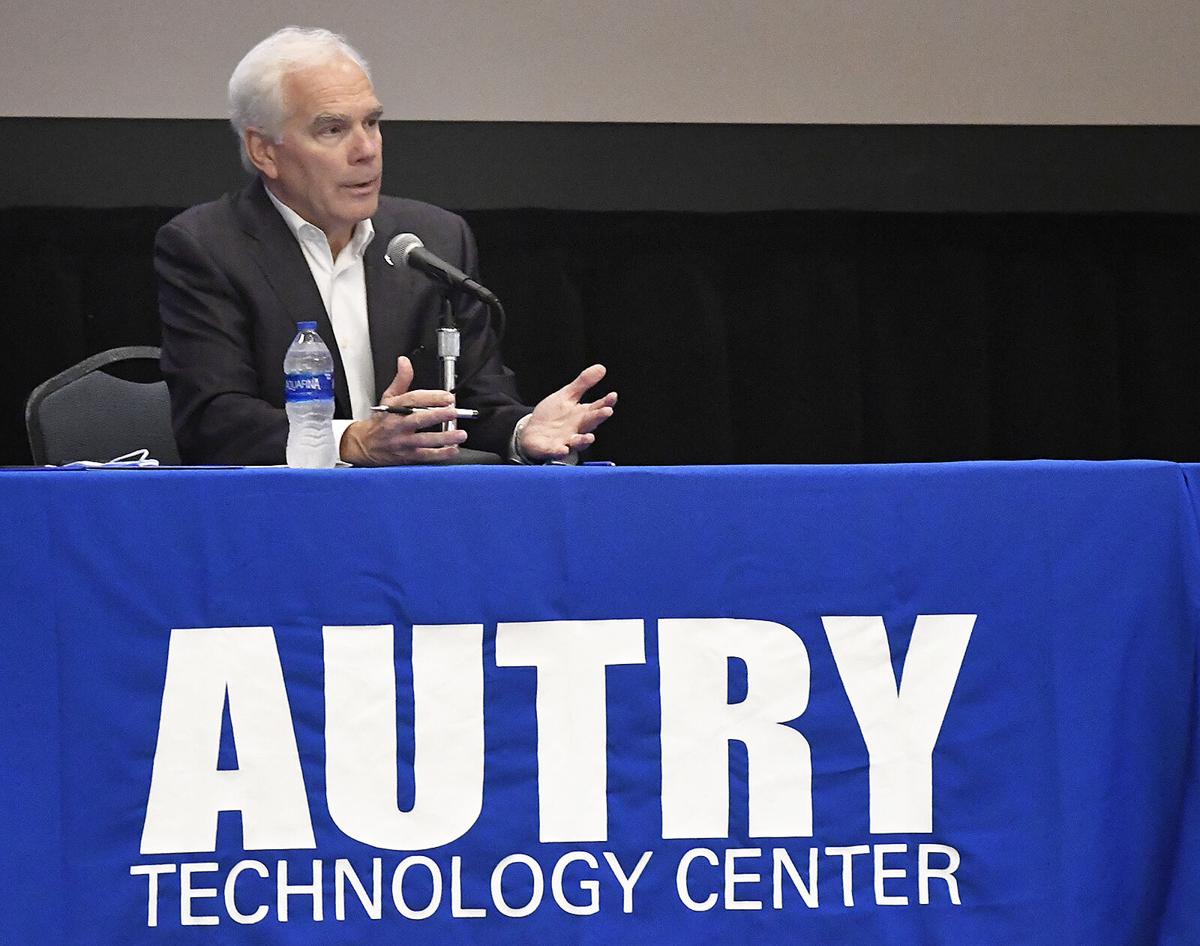 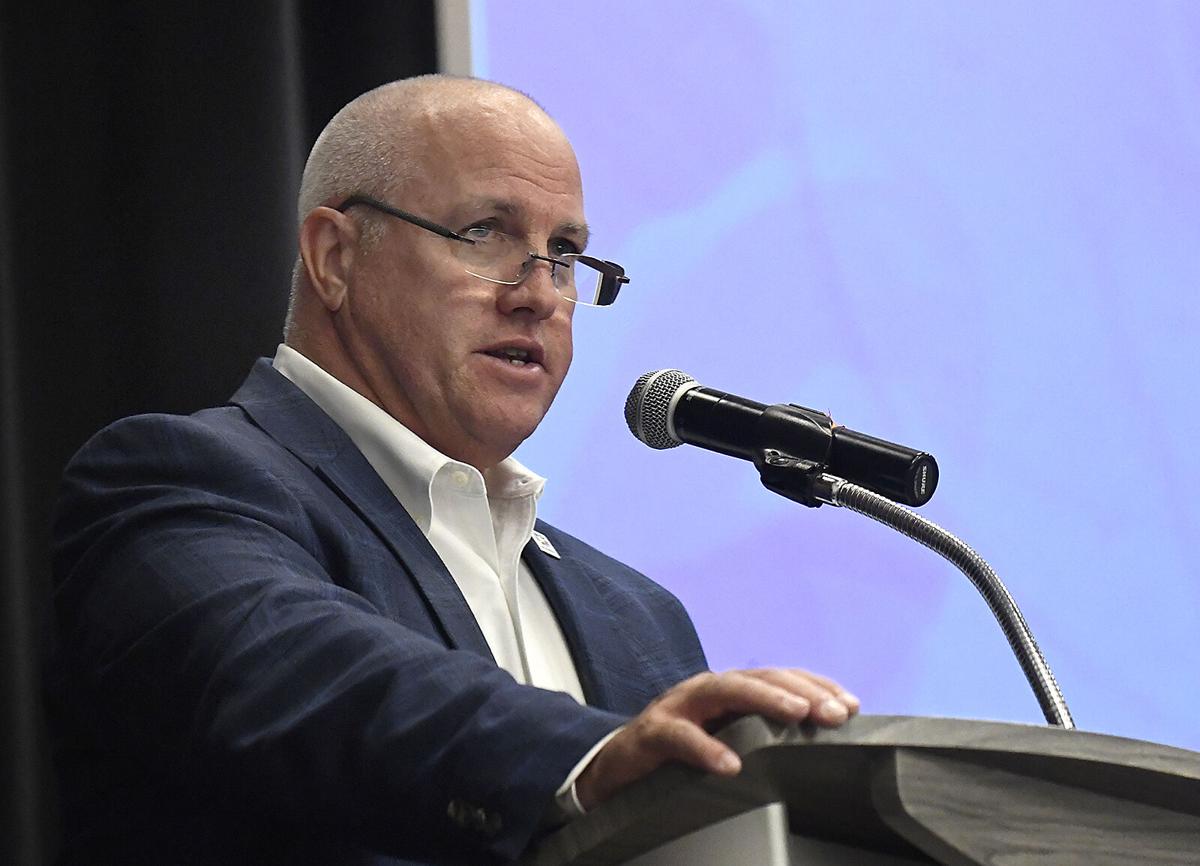 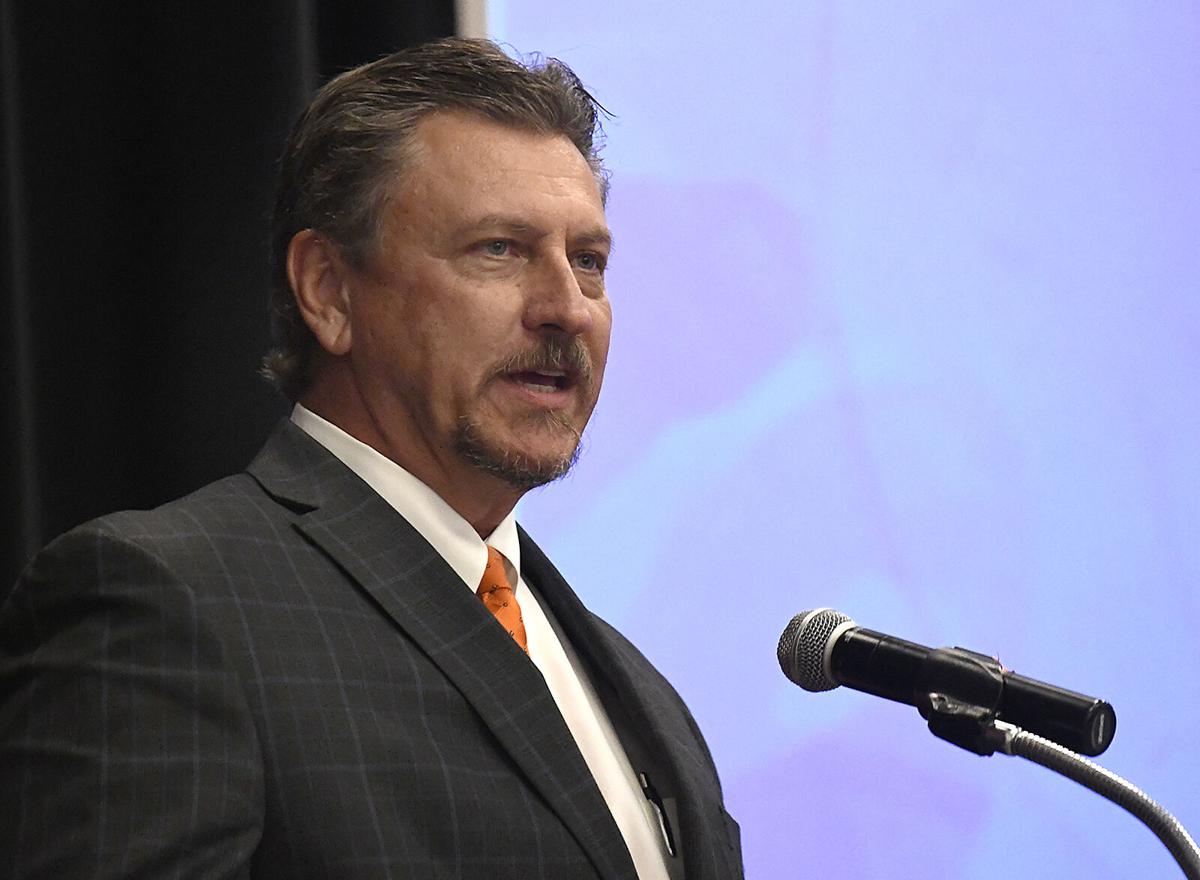 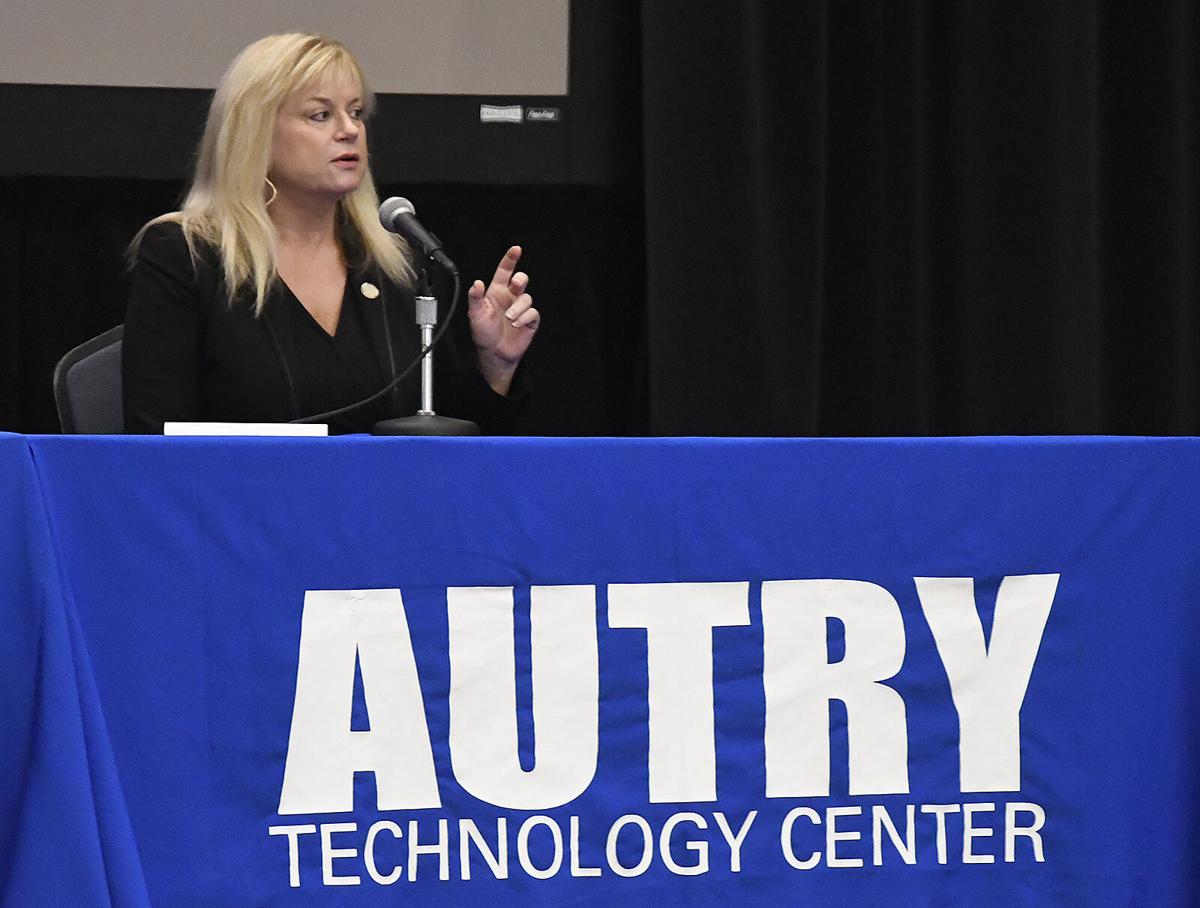 The 2021 Northwest Oklahoma Contractors Conference, put on by Autry Technology Center and the first of its kind, was held to give contractors from across the area access to Autry’s team, to local and state officials in the audience and to the speakers: O’Connor, Oklahoma Secretary of Transportation Tim Gatz and Oklahoma Commissioner of Labor Leslie Osborn, said Dwight Hughes, superintendent/chief executive officer at Autry.

“I was happy with the turnout,” Hughes said. “(The contractors conference) gave this group of folks access to a larger number of folks at the state level, if they needed help with anything.”

Osborn said Oklahoma is a high-poverty, low-education state, though it’s being worked on continually. On the positive side, she said Oklahoma has a strong, rural medical system that helps with economic development and a “phenomenal” CareerTech system.

She added that Oklahoma has a “huge shortage” of skilled trades, saying the average age of a plumber in Oklahoma is 59.

To help fix this, Osborn said everyone needs to be more aware that skilled trades are lucrative, high-trained jobs, especially students and employees in the school system, people she hopes to work with on expanding CareerTech opportunities.

“Marcie (Mack, state director of the Oklahoma Department of Career and Technology Education), and I are going to work on a collaboration where once a year, we meet with all the ag teachers in the state, blue coats to the trades, and we also want to work the other half of the year with high school counselors and … teachers that are sometimes working with these same kids about looking at those opportunities — those very lucrative opportunities at CareerTech and also with the trades,” Osborn said.

O’Connor said sometimes when kids don’t finish high school, most times it’s not because they’re not being routed to a “great vo-tech system” — it’s because of the culture surrounding it.

“I think we need to focus on that pre-K through 12th grade time period to get more kids who are ready for employment, whether it’s through the vo-tech system or through getting a college degree,” he said.

Gatz spoke to the audience, saying that nothing is accomplished without the help of people in the private sector who “really get things done.”

While in Enid, Gatz got the opportunity to cross the North Van Buren overpass, which he said was “long overdue” for a replacement.

“To see that bridge decked out in the colors and understand that that’s a partnership between the city of Enid, the Department of Transportation and the AMBUCs group all working together to make something that is really special happen. That’s an example of what transportation is all about,” Gatz said.

Hughes said he’d like to do another contractors conference like this again, maybe annually, depending on feedback they receive from those in attendance.

In total, 108 companies from four states and at least 15 local communities were represented, according to Mandy Mayberry, director of communications, marketing and recruiting at Autry.

“You guys are the boots on the ground,” Hughes said to the crowd.