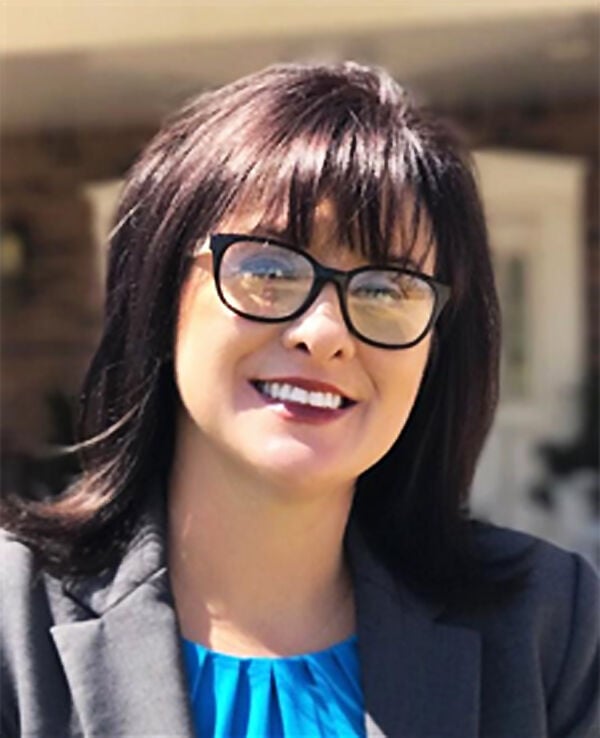 Suzanne Gray, owner of Anderson-Burris Funeral Home, said the social distancing was one of the biggest challenges for her and the funeral home employees during the COIVD-19 pandemic. 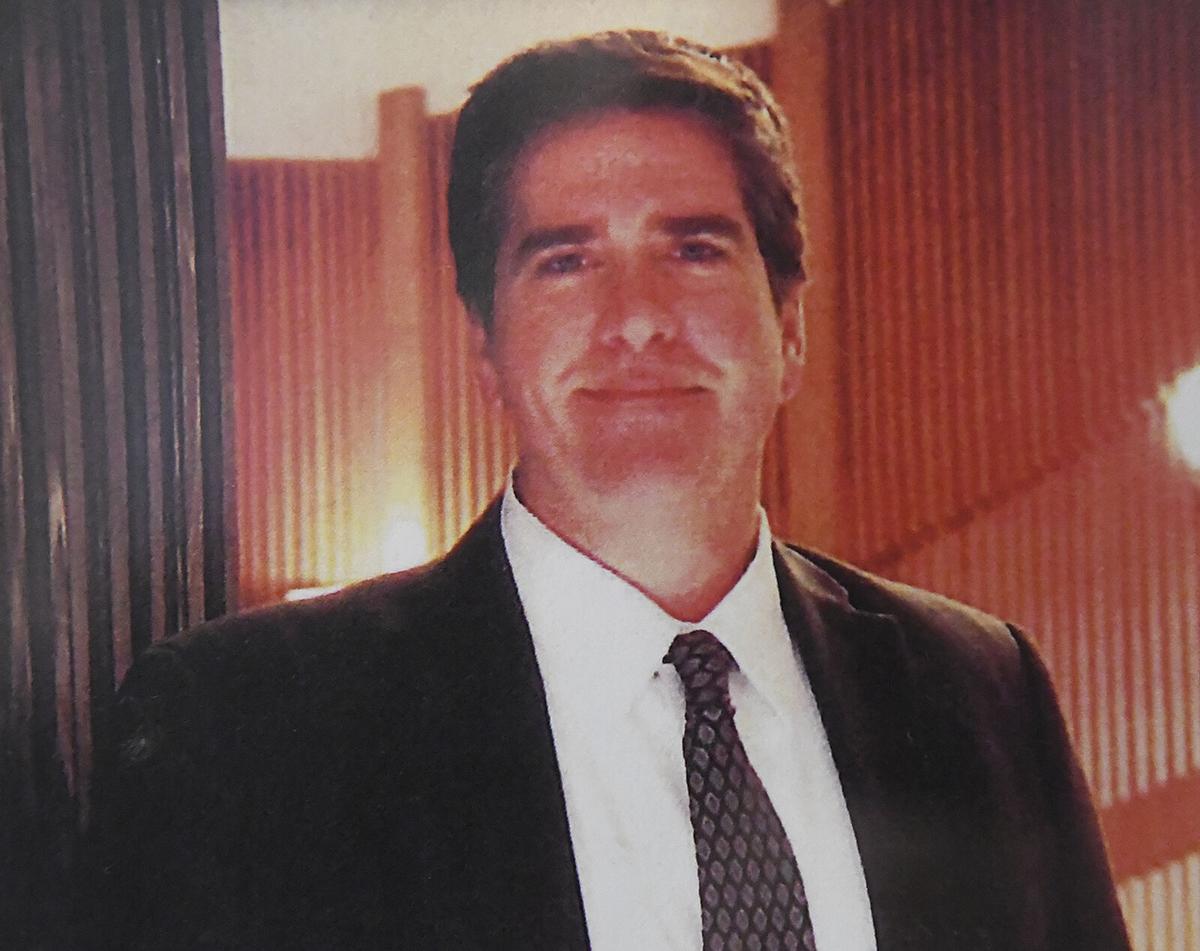 Matt Henninger, funeral director, embalmer and owner of Henninger-Hinson Funeral Home, said the pandemic was tough on the industry. 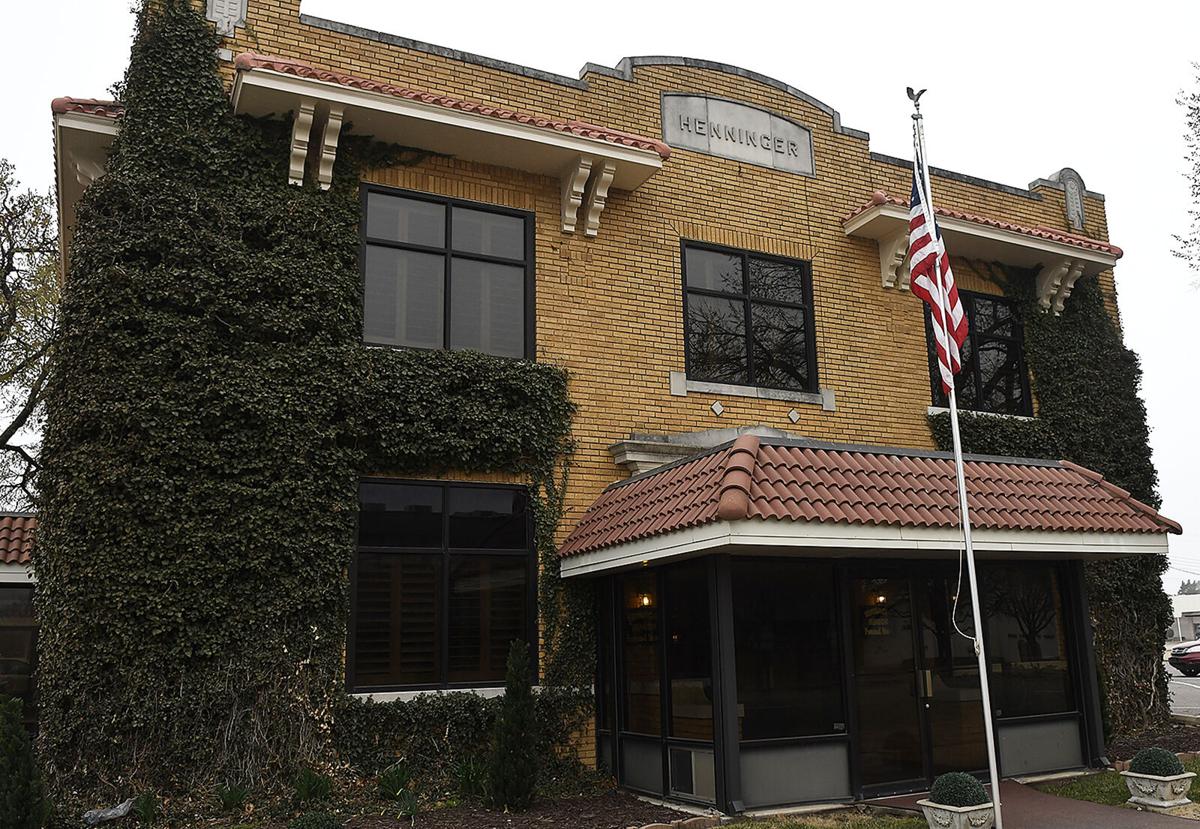 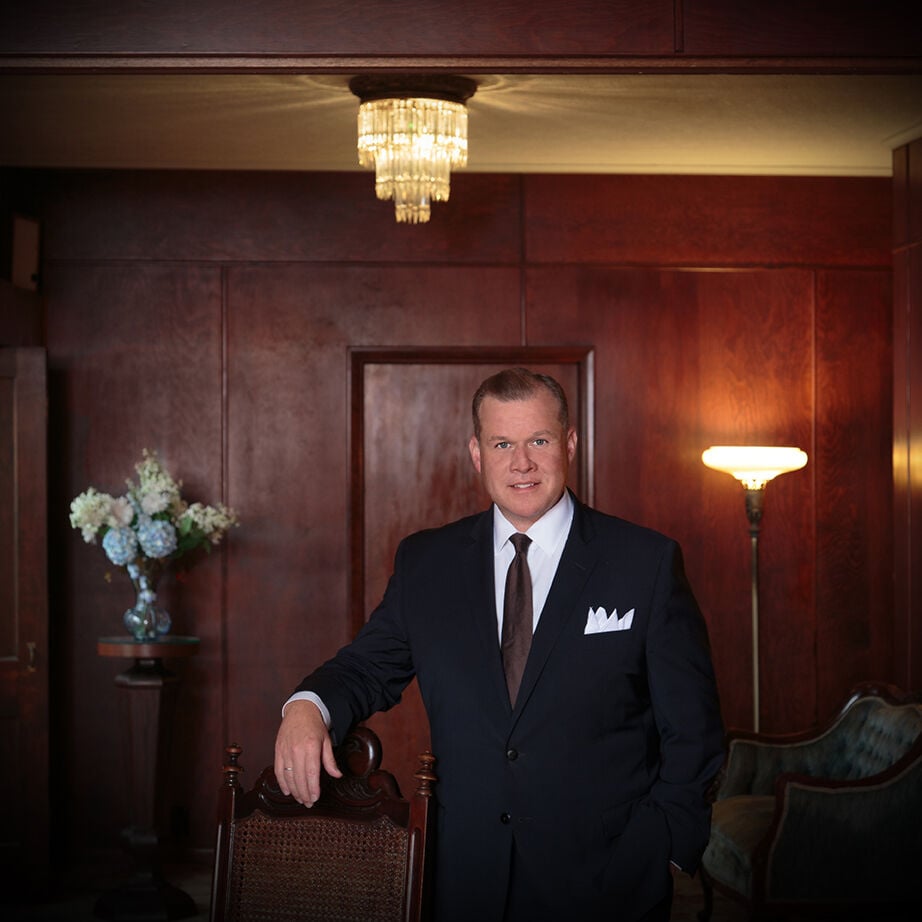 Shaun Cummings, executive president of Brown-Cummings Funeral Home, said the COVID-19 pandemic’s impact on his family business has brought its challenges and rewards. 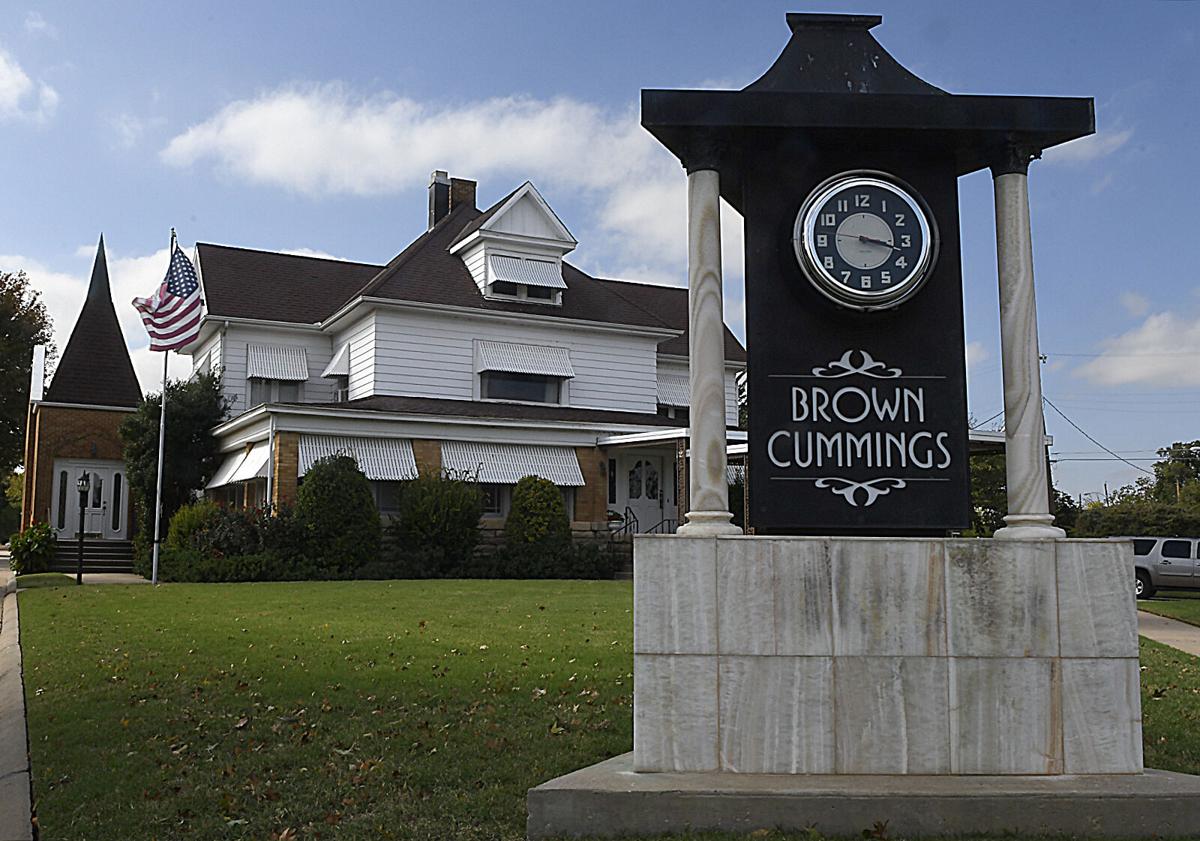 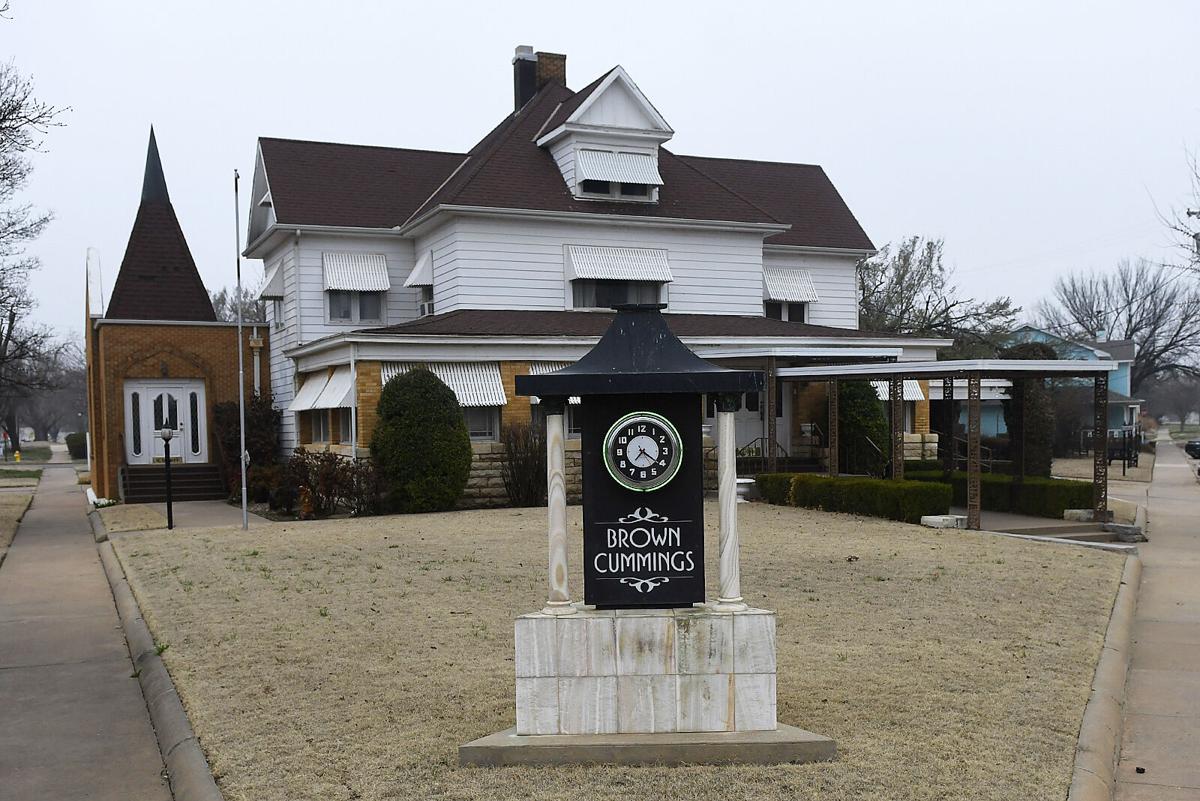 Suzanne Gray, owner of Anderson-Burris Funeral Home, said the social distancing was one of the biggest challenges for her and the funeral home employees during the COIVD-19 pandemic.

Matt Henninger, funeral director, embalmer and owner of Henninger-Hinson Funeral Home, said the pandemic was tough on the industry.

Shaun Cummings, executive president of Brown-Cummings Funeral Home, said the COVID-19 pandemic’s impact on his family business has brought its challenges and rewards.

ENID, Okla. — Like everything else in the wake of the coronavirus pandemic, the way people grieve and pay honor to their lost loved ones also has changed over the past year.

Shaun Cummings, executive president of Brown-Cummings Funeral Home, said the pandemic’s impact on his family business has brought its challenges and rewards.

“The first thing I was very concerned about was how that would impact families not having their friends and relatives, their village, around them to help them through a really hard time in their life,” Cummings said.

Suzanne Gray, owner of Anderson-Burris Funeral Home, said the social distancing was one of the biggest challenges for her, as well.

In a business in which the staff are used to consoling the family members, they were not able to make that physical connection like a hug or close conversations to provide for their emotional needs, she said.

“I want to hug everyone,” she said. “It was different for all of us because we like to console people. It’s hard to have closure when you have to be alone. We did the best we could do. It’s all we could do.”

Normally when a funeral home receives a call, the family is there and they can make that immediate connection and start doing their jobs, which includes consoling and making sure the family has the best experience they can for saying goodbye, said Matt Henninger, owner of Henninger-Hinson Funeral Home.

“It was tough,” Henninger said.

But families were always understanding.

“Unfortunately the hardest part was not seeing their loved ones in the hospital or nursing homes,” Henninger said, so they already had lived the worst of it.

Sometimes, however, seeing the person after he or she had passed was the first time they had in months, he said, which added to the emotional toll the families were facing.

Gray also said that throughout it all, families were so gracious when they had to be told that things were not necessarily going to be what they envisioned.

“It was different, but we made it through, and I think we all grew from it. We learned to adapt and change.

While the rules and requirements shifted as the pandemic continued, Cummings said they have made the necessary adjustments to ensure everyone is safe while providing an essential service.

“We limited everything to immediate family, per state law, at the time,” he said of the beginning of the pandemic. “Our first concern was keeping everyone safe. We saw some really incredible moments that wouldn’t have happened if extended family and friends were allowed. I saw some really beautiful healing in families when it was just families and there was no social pressure involved. It really allowed a surprising relaxed comfort for the families.”

He said one of the biggest changes during the pandemic was limiting the contact Brown-Cummings personnel had with those they were serving.

The Centers for Disease Control has had guidelines in place for years, and initial calls from families or health care facilities after a person passed were not handled much differently, the funeral home directors all said.

On the front side of the business, however, things had to be sanitized more, and personal protection equipment they always used suddenly became more scarce.

“It wasn’t as available as it always was in the past,” Gray said. “It was really a trying time for us as funeral home directors.”

Cummings said in addition to the concerns of running the business side, the compassionate care, those special touches for the families that had been in place for years, suddenly had to change.

“We seat everyone individually; we have since my grandfather started the firm,” Cummings said, noting guidelines preventing them from doing so. “We weren’t able to help the guest that came to a service as much as we liked.”

However, the restrictions did provide an opportunity for the funeral home to utilize services already in place to ensure each family’s needs were being met.

“We were also able to utilize the already in-place technology that’s been out there for years and we’ve had in place a long time, such as live broadcasting services and online registers and videos. We were able to transition immediately into our already existing platform,” Cummings said. “Technology played a huge role for those who weren’t comfortable, even when it was safe to attend a service, to play their part and grieve in their own way.”

They also found other ways to creatively meet the needs of the families, Gray said.

During the first three months of the pandemic, there were only 10 allowed at a service, and that included the minister and the funeral home director.

“From the get-go, we were going along and funerals were normal, and then everything got shut down,” she said. “You had to tell a family that you could only have eight people.”

They were able to come up with ideas and ways to still celebrate lives and provide an atmosphere where the family could feel like they said their goodbyes to loved ones.

Staff began learning how to plan and hold a service virtually, as suddenly most of the work had to be done electronically.

“I had never done a funeral when the family wasn’t present,” Gray said of the pre-COVID-19 days. “I now have.”

“One time it might be normal,” she said of the services, “and the next upside-down. You just have to adapt to the needs and try to give the family the closure they need.”

It was around May when the cases kind of spiked, Henninger said, and it was heading into the summer months when the funeral homes really started to notice the impact of the pandemic.

Sometimes funeral directors would officiate “so there was one less person so another family member could attend,” he said.

Another impact when the pandemic began was the closure of many area churches due to restrictions.

“A lot of facilities closed down and a lot of the services were in our chapel,” Cummings said.

Cummings said some of what the pandemic brought will continue when it’s over, including the virtual services offered.

“All the virtual experiences were done years before the pandemic. We had them for 10 years. They’re not going to go away. They existed before,” he said. “We set those up for military veterans overseas so they could attend. We have that technology and we’re going to continue to use it.”

One unforeseen result of the pandemic was the relationships it forged with those who cared for others during their last days, Cummings said.

“It really bonded our connection with our incredible community of nurses that work in hospice and the hospitals,” he said.

At the start of the pandemic, families were not allowed in nursing homes and hospitals.

“So, when somebody died in their room, be it a hospital or nursing home, there wasn’t family there,” Cummings said. “The whole staff took the place of families. We weren’t just caring for the loved ones that passed. It was also an incredible opportunity to serve the nurses and healthcare workers that served as extended family.

“The nurses in this pandemic have really served as an extended family. I really can’t say enough about them,” he said. “It’s just an amazing group of people. Some of the best I’ve ever seen.”

Rains is a freelance writer who writes stories for the Enid News & Eagle. Staff writer Violet Hassler contributed to this story.

WAGONER Graveside services for Gabriel Paul Carson, 39 of Wagoner will be Friday, May 7, 2021 at 3:30 pm in Enid Cemetery with Pastor Gary Miller officiating. Arrangements by Anderson-Burris Funeral Home, Enid. www.andersonburris.com.