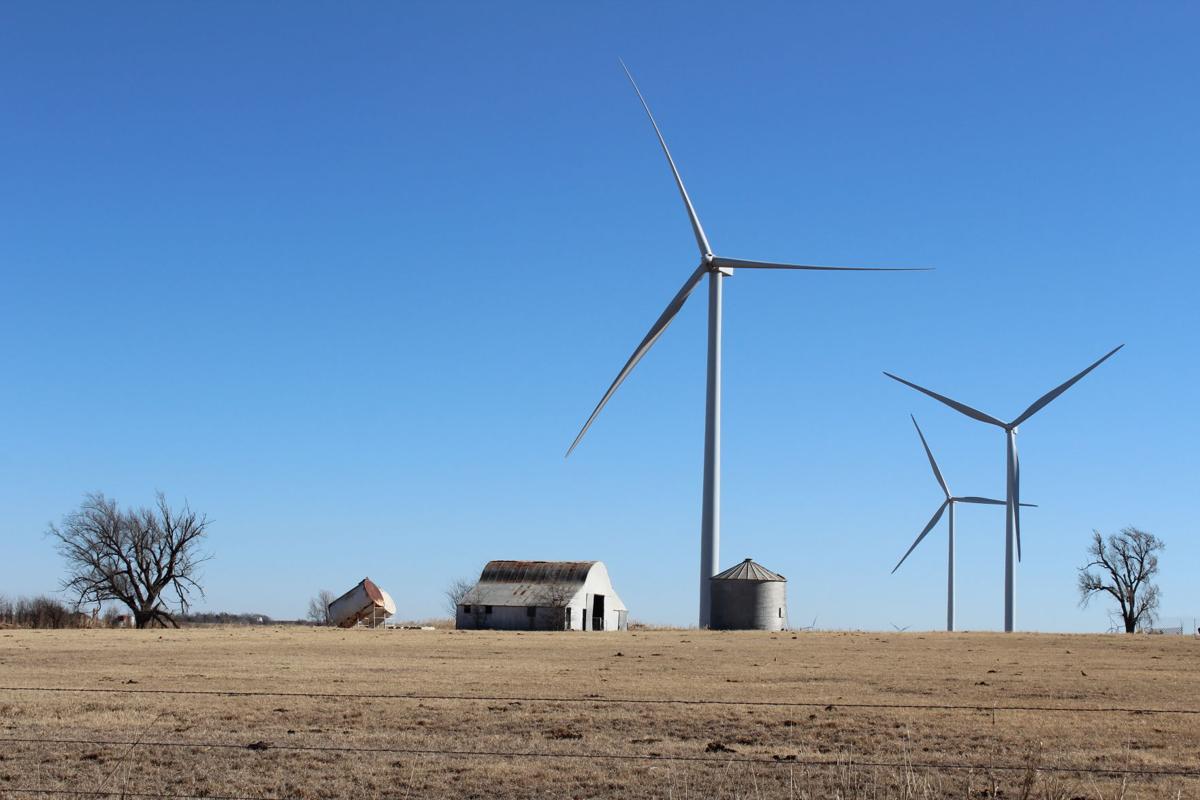 The horizon is seen past the top of a wind turbine at the Breckinridge Wind Energy Center in Garfield County. 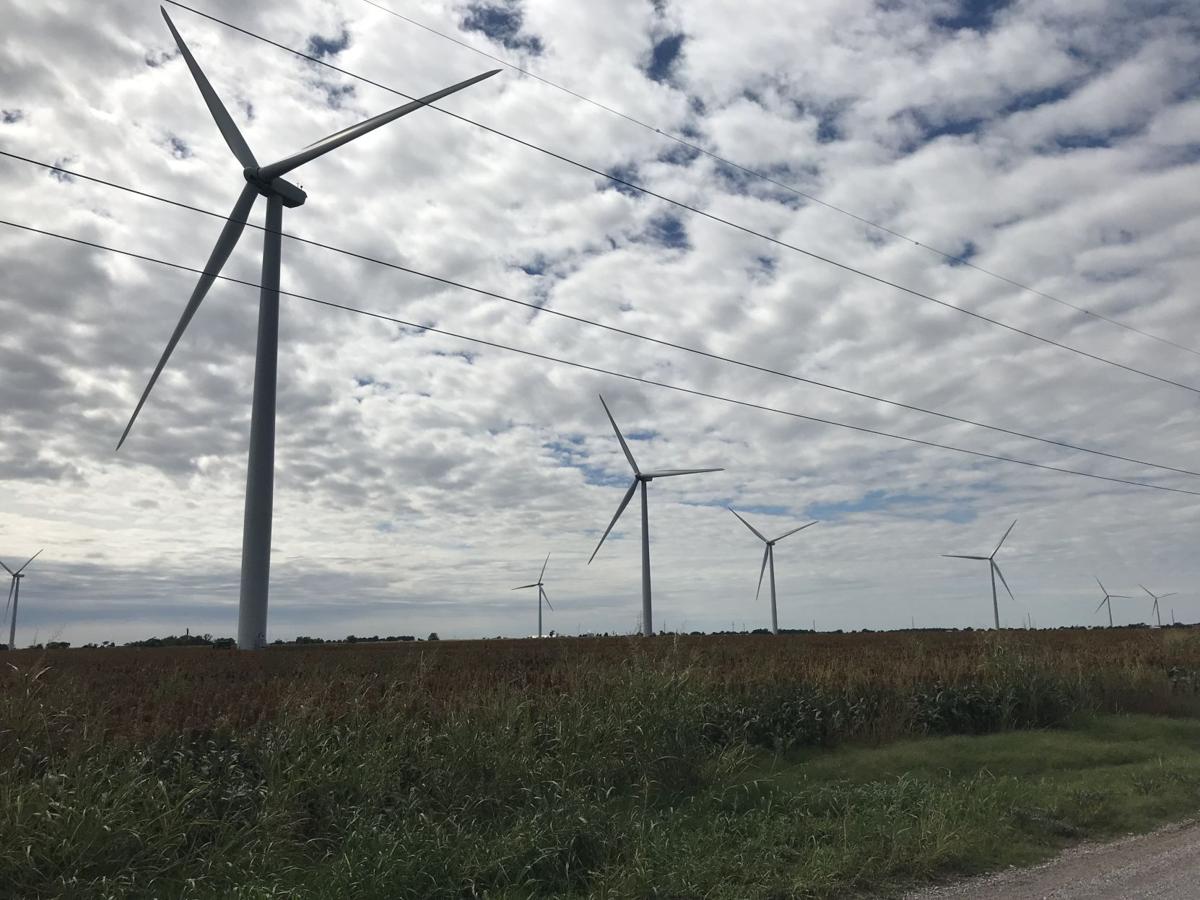 ENID, Okla. — The wind industry continues to grow ever larger in Oklahoma every year, keeping Oklahoma consistently at the top of the list in renewable energy resources.

In addition, there are another 1,800 MW of wind capacity in advanced development, according to OK Wind Power. There is $51 million in annual land lease payments so far and $20 billion invested since 2013.

NextEra Energy has two installed wind projects in Garfield County, with a third expected to be in operation by the end of this year.

The Breckenridge Wind Energy Center, east of Enid, is a 98.1 MW plant with 57 turbines. It serves the Grand River Dam Authority as a customer and commenced commercial operations in September 2015. The second is the Armadillo Flats wind project, a 247.4 MW wind farm.

Skeleton Creek is the newest wind farm in development in the area by NextEra Energy and will be a 250 MW project with 90 wind turbines in the northwest corner of Garfield County and the southeast corner of Alfalfa County.

“Wind energy is a point of pride for Oklahoma. Oklahoma has one of the best wind resources in the entire country, and to be able to harvest the wind to the economic benefit of these communities is a great point of pride, and you’re seeing it all across the state,” Bryan Garner, NextEra Energy spokesman, has previously said. “Communities are able to invest in improvements in their communities they otherwise couldn’t invest in.”

NextEra Energy has a total of 15 wind projects in Oklahoma currently operational.

There are other players in the wind industry in the state, too. In January 2018, Enel Green Power North America became the largest wind player in Oklahoma after two Northwest Oklahoma wind farms commenced operations. The company has more than 1,700 MW of managed capacity across 10 wind farms.

One of the farms is Thunder Ranch, a 298 MW wind farm in Garfield, Noble and Kay counties comprising of 120 turbines and covering 64 square miles. The other was Red Dirt wind farm, a 300 MW capacity facility in Kingfisher and Logan counties with 95 wind turbines. The pair began operations in January 2018.

Tradewind Energy is currently developing a number of projects in Northwest Oklahoma, such as the Sundance project in parts of Alfalfa, Major and Woods counties. It will be a 200 MW wind project encompassing 60,000 acres and is expected to involve about 100 landowners.

The company is also developing the Freedom wind farm, north of Waynoka in Woods County, which will be a 176 MW facility covering 35,000 acres and involving about 50 landowners, according to Tradewind Energy.

Another project, Wagon Wheel, is being developed by the same company in Garfield, Noble, Kingfisher and Logan counties. It will span from southwest of Perry to Mulhall and westward to Marshall and Douglas. It’s expected to be a massive 600 MW project covering 100,000 acres and about 450 landowners.

The final project in development by Tradewind Energy for the area is the Maverick wind farm, in Major, Garfield and Kingfisher counties. Officials expect the 288 MW facility to cover 50,000 acres and involve about 250 landowners.

There are a number of other existing wind farms scattered around Northwest Oklahoma.

A map of all existing wind farms can be found at https://stateimpact.npr.org/oklahoma/2018/09/06/oklahoma-wind-farms-mapped/.

For information on NextEra Energy, Enel Green Power North America or Tradewind Energy, go to the websites at http://www.nexteraenergy.com/, https://www.enelgreenpower.com/country-north-america or https://tradewindenergy.com/.