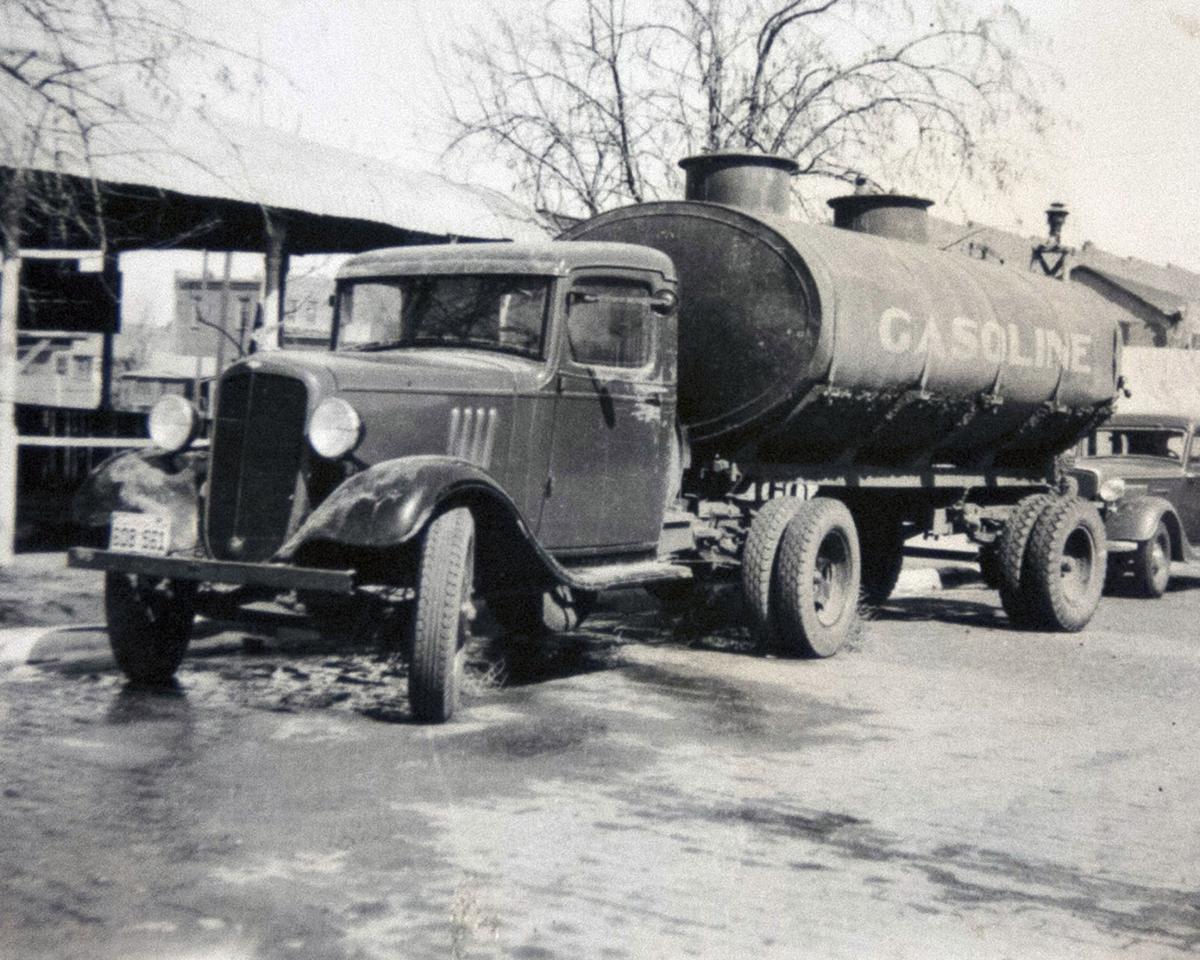 One of Groendyke’s first trucks sits on a brick-paved street in 1934 when the company still was located in Beaver. 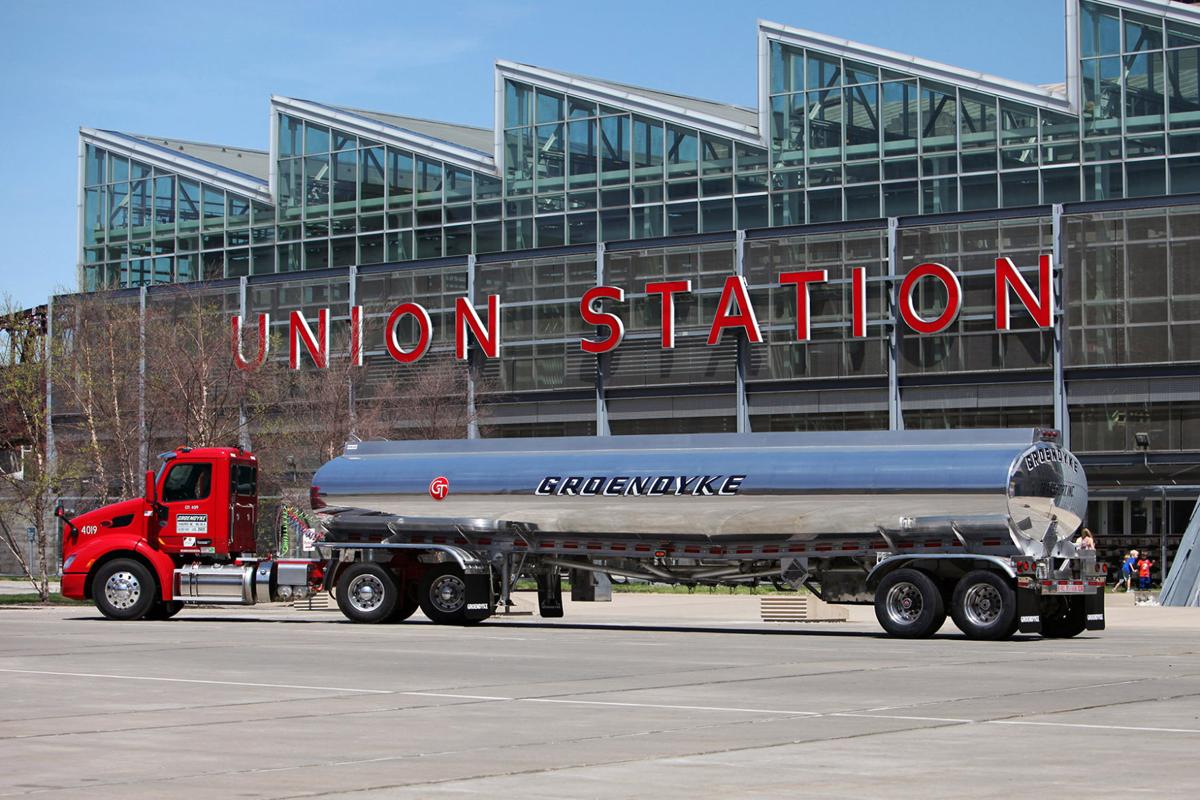 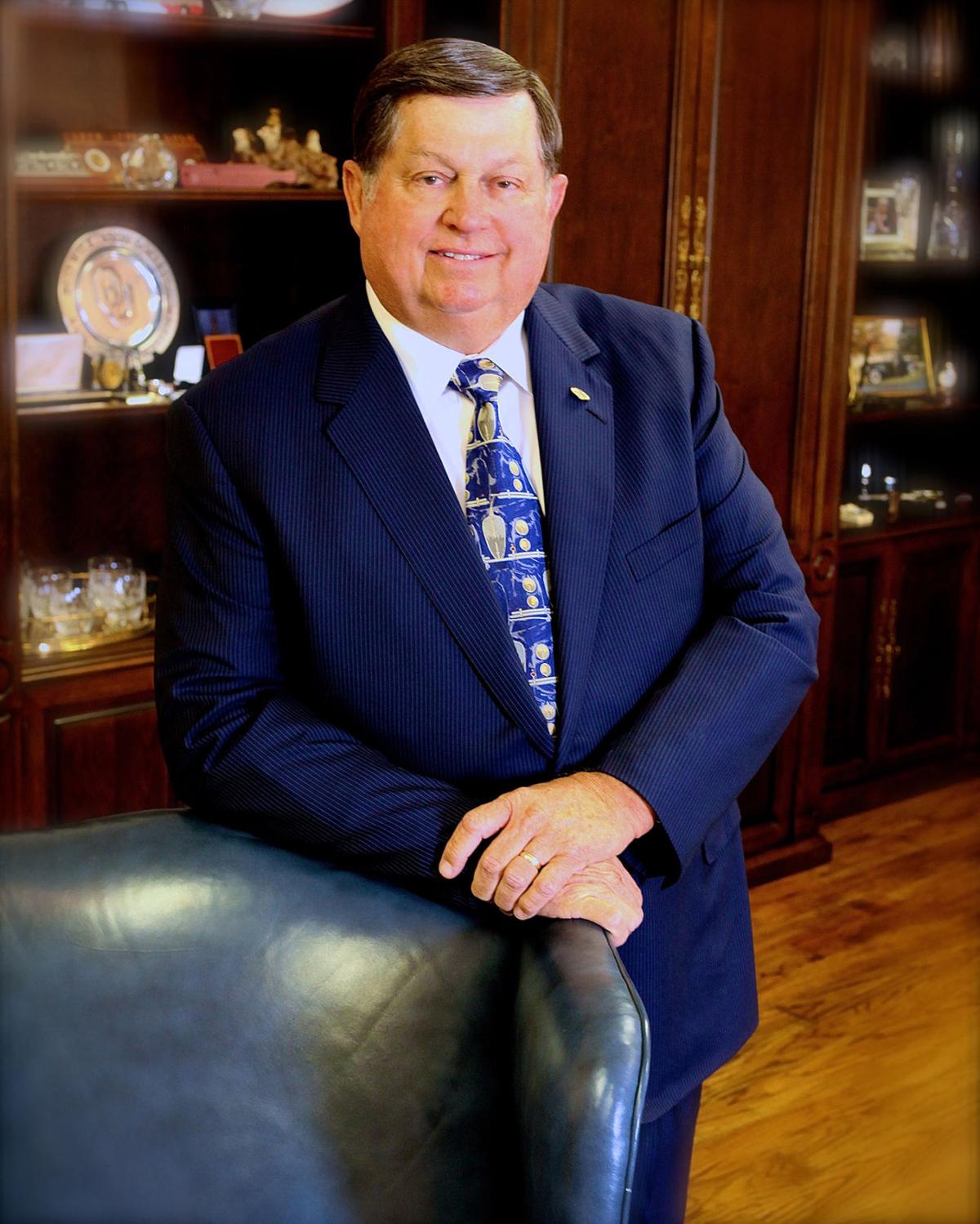 One of Groendyke’s first trucks sits on a brick-paved street in 1934 when the company still was located in Beaver.

ENID, Okla. — For more than 80 years, Groendyke Transport, which has called Enid its home all those years, has remained one of the largest tank truck carriers in the nation.

The company was founded in 1932 by Harold Groendyke when he hauled his first load of kerosene from Borger, Texas, to his hometown of Beaver. Three years later, the company moved to Enid, where its two largest customers, the Champlin and Eason refineries, were based.

In 1960, Groendyke moved its corporate offices to its current location at 2510 Rock Island Blvd.

In 1973, Groendyke Transport won its first Heil Trophy, presented by National Tank Truck Carriers for the best safety record and program in the nation.

“We donate a lot back to the community,” he said, “whether it be time or monetarily. We try to provide support and donations to our employees.”

Snapp said not all the company’s employees live in Enid, some live in Drummond, Kremlin and other communities.

“We kind if spread it around to make sure we’re involved in all the different communities,” he said.

Snapp noted evidence of that include Groendyke Transport banners hanging in area schools.

Growing as a team

It takes a team to keep Groendyke Transport operating in 11 states in the region.

“We have terminal managers at every facility, and they report up through the regional directors, which covers a certain area. Each regional director covers a certain three to five terminals each,” Snapp explained. “We also have a central dispatcher located here at our corporate office. They do a number of functions, from support our chemical, over-the-road network to helping move trucks and drivers to areas that may need additional help.”

He said the company also uses a dispatching software, which serves as a GPS and a load-tendering purpose and is a communication tool to connect the company to its drivers.

He said there is room for growth for the company.

“We’re always looking for opportunities. Mostly, opportunities are likely to come from an association, rather than organic growth,” Snapp said. “We just grew organically in Shreveport, La., prior to that it was in Phoenix, Ariz. There is some opportunity for organic growth. We’re just not a big ‘take a truck somewhere and put up a brick and mortar.’”

While other companies have shuttered doors or moved corporate offices out if Enid, Snapp said Groendyke Transport is here to stay.

“The family lives here. The Groendyke families lives here. They like it here,” he said. “It’s people-friendly. It’s a good place to raise kids, I think.

“I think everybody knows the Groendyke family. What you see is what you get. That’s how they treat their people. With respect.”

Snapp said whenever he meets someone from the community who learns where he works, he’s always asked if they know a specific Groendyke Transport employee.

“It’s kind of neat to get those kinds of questions. To me, it connects to people. ... It’s going out to terminal and knowing people. People aren’t just a number here.”

Snapp will soon reach a major milestone in a company known for its milestone. In June, he will have worked at Groendyke Transport for 30 years.

Rains is police and court reporter for the Enid News & Eagle. He can be reached at crains@enidnews.com.

More than food, AdvancePierre focuses its efforts on giving back