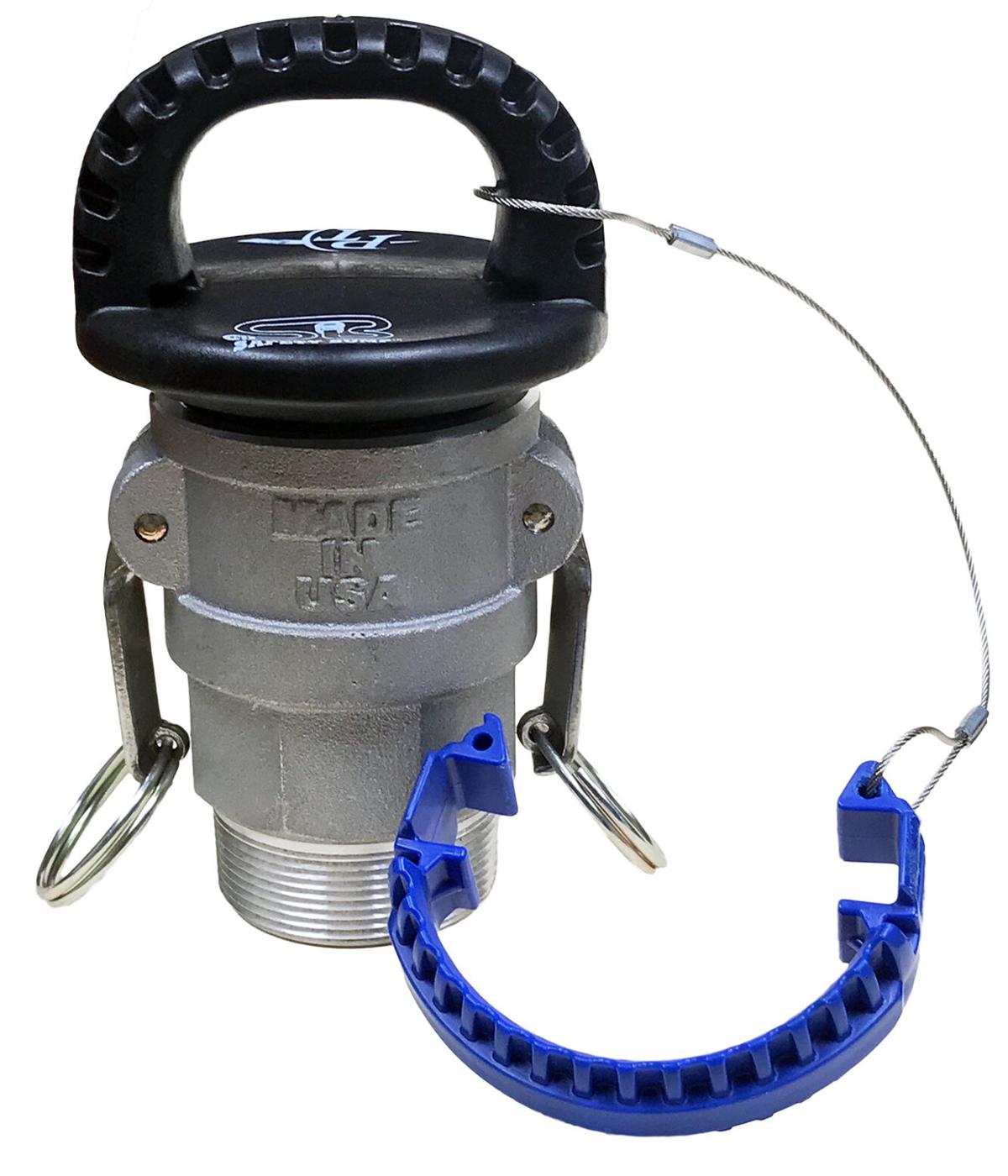 ENID, Okla. — While many companies outsource overseas, PT — formerly known as Parrish Manufacturing Group — is proud to be a fourth-generation, family owned company based in Enid.

PT started in 1951 as a machine shop in a chicken house on 10th Street called Central Machine and Tool Co.

“One of the things that has kept us (in Enid) is the quality of life that is here, the quality of the team members we’ve been able to train while we’ve been here. Enid is a great place to grow up and raise a family,” said James R. Parrish, PT’s CEO and son of company founder R.C. Parrish.

“The legacy of the family business is rare these days. We’re happy to keep it going because we believe in community, too,” Matt said.

The business was born out of necessity.

After World War II, R.C. — who grew up in Marlow and worked for the Douglas Aircraft Co., which later became Tinker Air Force Base in Midwest City — moved to Enid to work for the George E. Failing Co. (GEFCO). While there, he discovered there was so much work that GEFCO couldn’t keep up with supply and demand, so he and two friends formed a partnership and created their own machine shop.

Within six months, R.C. bought out his partners, and Central Machine and Tool Co. was born. That was 1951. He had four lathes, machines that shape metal, and other equipment.

“For a long time we were recognized as the most versatile line of cam and groove products. Most people know us for that,” Matt said. PT is a national leader in the production of quick connect and disconnect fittings for the hose industry.

“When we first started,” James added, “we were basically buying castings from foundries, bringing them in, machining them and then packing and shipping the parts.”

It soon became difficult to find good foundries, so R.C. started his own brass and aluminum foundry in the late-1960s. This meant pouring ferrous and non-ferrous metals such as nodular iron.

R.C. handed off responsibilities for the company to his son James in the 1960s but remained active with PT for another decade before retiring in 1981. R.C. died in 2009.

James’ son Matt worked for his dad during the summer — much like James had done for R.C. — before coming on full-time in 1986.

After James took over as CEO and president in 1981, the company became known as Parrish Enterprises Ltd., and he started acquiring product operations from across the U.S., including sand casting, investment casting, plastic injection molding, heat treatment and steel strip production, namely the Punch-Lok, punch-style hose clamp.

“The whole thought process of how our expansions have worked is basically vertical integration of the manufacturing process,” James said. His main goal has been to deliver a great product to customers with a better price and guaranteed quality over competitors’ products.

Previous corporate entities that have merged under the PT branding as suppliers include:

• ProGrip (2001) — a producer of crimp sleeves and ferrules for hose fittings and related products.

“We choose to be innovative and continue to develop new products. The new products we want to develop, and have in the past, supplied a need the industry is looking for,” said Matt, who moved up the ranks from draftsman to marketing director and safety director and then PT’s president in 2012.

Originally, PT’s strengths were in mining and steel mills due to the popularity of brass, Matt said. Now PT’s strengths are in transportation due to the need for aluminum fittings, petroleum products and chemical or dry bulk.

The company is ISO9001-certified for quality management with the DNV, which means it meets the international standard for manufacturers. It’s one more way to assure customers that PT consistently manufactures and operates and produces a high quality product.

In addition, PT is a member of NAHAD’s Hose Safety Institute, an industry association of manufacturers and distributors who create industry tenets and set up safety. PT’s role is to provide technical and marketing resources to draw up and promote those standards.

Competitors often come up at trade shows and mention how they envy what PT can do.

“Large companies can’t do what we do because it’s too cumbersome to move product through the manufacturer’s process,” James said. “We can do that much easier. There are a lot of problems and hurdles to overcome, but when it’s a smaller company you can do that.”

PT employs nearly 300 individuals across its diverse product lines in six locations, four of them in Enid.

Matt noted more than 70 employees have been with PT for more than 20 years.

“We’re proud of our employees,” Matt said, adding that even a few of them have been loyal to the Parrish family since the 1960s.

That said, as many move toward retirement, PT is partnering with Autry Technology Center to recruit new team members from the manufacturing and trades program.

To learn more about PT or to join its team, go to http://www.ptcoupling.com/index.html.