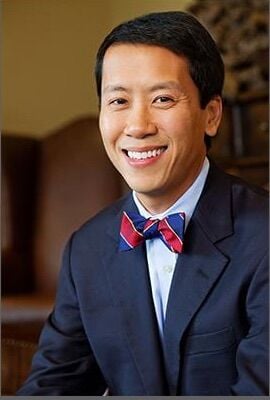 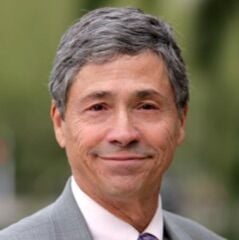 Part of a sentence in this story referring to the state's 1907 Constitution was due to controversy regarding the accuracy of the statement a source made about the Oklahoma Constitution.

OKLAHOMA CITY — It’s unlikely a majority of U.S. Supreme Court justices would overturn their recent ruling that large swaths of Eastern Oklahoma remain Native American reservations despite continued challenges and appeals to do so from state leaders, legal experts say.

Overruling the July 2020 McGirt ruling would disrespect court precedent and give credence to criticism that the nation’s highest court is “political rather than a judicial institution,” said Joseph Thai, a University of Oklahoma law professor who specializes in constitutional law and the U.S. Supreme Court.

He said state leaders, though, might be banking on Justice Amy Coney Barrett to vote with the dissenters, overturning the 5-4 decision. Barrett replaced Ruth Bader Ginsburg, who provided the fifth vote in the decision before her death.

“Given Chief Justice (John) Roberts’ oft-stated concern about protecting the legitimacy of the court, I suspect he would change his dissenting vote in McGirt against the tribes to a vote to uphold McGirt as binding precedent,” Thai said. “So even if Barrett votes for the state, Roberts may provide the fifth vote for the Tribe.”

Thai said if the court does agree to the state’s request to hear the case of Shaun Bosse, it likely will be to decide a narrower follow-up issue — whether McGirt applies when the perpetrator is non-Indian, but the victim is Indian. In May, the U.S. Supreme Court issued a temporary stay in the Bosse case in order to consider whether it wants to review questions about Oklahoma’s criminal jurisdiction. Bosse, a non-Indian, was convicted of murdering a Chickasaw mother and her two children. A state appeals court overturned his conviction and death sentence earlier this year.

Earlier this month, newly appointed Attorney General John O’Connor filed a petition with the U.S. Supreme Court asking it to overturn the 2020 McGirt ruling. He also asked it to consider narrowing the application of the decision that found the state does not have the jurisdiction to prosecute major crimes committed by Native Americans on Muskogee (Creek) reservation land in eastern Oklahoma.

The petition asked the court to affirm the state’s authority to prosecute non-Native Americans who commit crimes against Indians on the reservation land.

In June, the Attorney General’s Office also sued the Department of the Interior and other federal officials “for unlawfully attempting to strip Oklahoma of its jurisdiction to regulate surface coal mining and reclamation operation in the Muskogee (Creek) reservation land.”

O’Connor said Wednesday the challenges do not amount to political pandering. He believes the Supreme Court will reconsider the McGirt ruling.

“We are hopeful that they will reconsider McGirt as being ill-advised, even if well-intentioned, and at a minimum, if they don’t overturn that decision, that they will determine how to express that in a way that does not cut our state in half,” O’Connor said.

He also said he fears the consequences if they don’t, including people already refusing to pay taxes because they refuse to acknowledge the state as a sovereign authority.

When issuing the decision, O’Connor said Justice Neil Gorsuch thought the state and Indian nations would be able to work out an agreement. But that was “dead on arrival.”

O’Connor also said the five justices who ruled in favor of McGirt now know the compact is not going to happen because they gave the victory to the tribal nations. He said they also now realize that Congress has no appetite to intervene in the issue of dis-establishment.

He said the makeup of the Supreme Court is different now with the death of Ginsburg and the appointment of Barrett.

He also said Democrat Joe Biden’s administration is clearly taking the McGirt ruling as “a full on civil authority to take over the eastern half of our state.”

Robert Miller, a tribal judge and Indian law professor with Arizona State University, said it likely will be a couple of years before the surface rights issue makes its way to the U.S. Supreme Court. He said that case is directly linked to the McGirt ruling.

Miller said the fight with federal officials over surface rights “is a big issue” for O’Connor.

“He’s fighting to defend what he thinks is the jurisdiction of this state,” Miller said. “This case is a big deal.”

Miller said it wouldn’t surprise him if the Supreme Court decided to hear the Bosse case, but said he thinks the justices will be reluctant to roll back McGirt.

While born and raised in Oregon, Miller is a citizen of the Eastern Shawnee Tribe of Oklahoma. The tribe’s lands are in the northeast corner of Oklahoma. Miller also is working on a book about the McGirt ruling.

He said the Bosse case falls under another section of law known as the Indian Country Crimes Act that McGirt was not about. He said courts have long ruled the federal government has exclusive jurisdiction in cases like the one involving Bosse.

But Miller said he worries about the impact Ginsburg’s death could have on Indian rights. No one knows Barrett’s views of Indian law.

As a tribal advocate, Miller said he doesn’t want McGirt reversed, but said the shift in the Supreme Court’s makeup following the death of Ginsburg gives “us Indian lawyers pause.”

Miller also said he doesn’t want to overplay the “bombshell” impact of the McGirt ruling, but doesn’t want to underplay it either as it raises questions about civil and criminal jurisdiction, water law, as well as child welfare and tax issues. He said the Supreme Court has defined tribal power over non-Indians who live on reservations, so most people can predict how the various issues will turn out.

But it’s a “bombshell” decision because of the possibility it will compel big change.

“(Oklahoma) has been so cocky and so confident that there are no reservations,” Miller said, adding that the issue dates back to the state’s 1906 Enabling Act, which allowed Oklahoma and Indian Territory to merge and become a state.

He said Congress said plainly — even using the word reservation several times — that Oklahoma would have no jurisdiction over Indian lands and property.

But, he said Oklahoma long pretended like there’s no reservation land, “and practically everyone came to believe that and agree with that.”