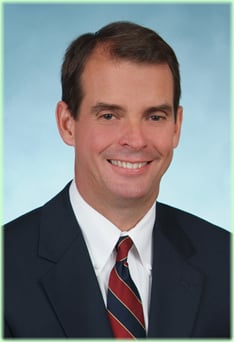 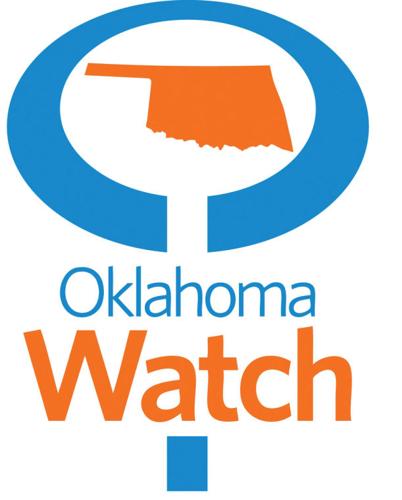 A consultant hired by Oklahoma to look at new ways to provide health-care coverage to low-income people ineligible for Medicaid is studying an Arkansas plan that would channel federal Medicaid money through private insurers.

Leavitt Partners, a Utah consulting firm, is examining whether the plan proposed in Arkansas, and similar ones in other states, could be applied in some way in Oklahoma, State Commissioner of Health Terry Cline said. An Oklahoma Hospital Association official also confirmed Leavitt’s inquiry.

Whether Oklahoma will actually pursue such a path remains to be seen.

If not, it’s unclear how or whether Oklahoma will find a way to provide health coverage for about 200,000 people who could remain uninsured next year because of Gov. Mary Fallin’s decision not to accept federal funds to expand Medicaid under the Affordable Care Act.

The state contracted with Leavitt Partners for $500,000 earlier this year to come up with recommendations for an Oklahoma-based plan to address health-care issues.

Leavitt Partners is headed by Mike Leavitt, former Utah governor and former U.S. Secretary of Health and Human Services. The firm was hired after Fallin decided to reject Medicaid expansion, which would have covered all Oklahomans whose income is at or below 133 percent of the federal poverty level.

Cline said the firm is considering several options, including a proposal by Arkansas. That plan could allow low-income people to use Medicaid expansion funds to purchase private insurance through a health-care exchange, where people can shop for coverage online.

Since the Arkansas proposal became public in February, several states that rejected Medicaid expansion have signaled an interest in similar plans. Those states include Ohio, Tennessee, Florida, Texas, Pennsylvania, Indiana and Louisiana, according to media reports.

The Patient Protection and Affordable Care Act, commonly known as “Obamacare,” provides eligibility to Medicaid for all individuals and families with income up through 133 percent of the poverty level. That equates to $15,282 for a single person and $31,322 for a family of four. In refusing to expand Medicaid, Oklahoma will leave more than 130,000 in a “crater,” meaning they earn too much to qualify for Medicaid but not enough to buy insurance on a health exchange.

Last summer, the U.S. Supreme Court upheld the Affordable Care Act as constitutional, but also decided that states cannot be forced to expand Medicaid, leaving the decision up to each state.

Fallin has rejected two key portions of the law. She decided not to set up a state-operated health-care exchange, thus letting the federal government run Oklahoma’s exchange. She also refused federal funds to expand SoonerCare, the state’s Medicaid program.

In February, Fallin announced the state would pursue its own plan, focusing on improving health outcomes, reducing the cost of care and expanding access to care. Fourteen other states have also declined to participate; three others are leaning against, according to The Advisory Board Company, a research firm.

In February, Arkansas Gov. Mike Beebe, a Democrat, announced he had received verbal approval from U.S. Health and Human Services Secretary Kathleen Sebelius to use federal money intended for Medicaid expansion to subsidize private insurance for low-income people. The insurance would be purchased through a health-care exchange. Arkansas is still working on a formal written plan.

Ohio Gov. John Kasich has proposed a similar approach, but it’s unclear if the legislature will approve the plan.

Texas Republicans have shown interest in such a plan as well, but no formal proposal has been put forth.

A key issue with such plans is the conflict between the Obama administration’s wanting to limit costs and protect benefits for the poor and the probability that using private insurers will cause pressure to raise costs and reduce benefits.

In Tennessee, for example, Gov. Bill Haslam proposed using Medicaid funds to subsidize the purchase of private insurance, but his plan would require a higher co-pay than Medicaid’s. The Department of Health and Human Services took issue. Haslam decided not to present his plan to the state’s General Assembly this year.

DHS has said any plans like Arkansas’ must provide benefits and services “comparable” to Medicaid’s. Those would include so-called “wraparound services,” such as payments for transportation to a medical provider.

An advantage of using private insurers is that it could reduce Medicaid “churning,” in which people go on and off the program because their income, and thus eligibility, fluctuates, according to a DHS document released recently.

Cline said Leavitt Partners will look at plans in Arkansas as well as other states, then bring forth recommendations on how Oklahoma should move forward.

“The Arkansas plan is one of those pieces that have come out that has some interesting elements, as do several other plans,” Cline said.

Leavitt Partners declined to say which elements of other states’ plans it was examining.

Alex Weintz, Fallin’s communications director, said Fallin is aware of the Arkansas proposal, but is awaiting the final report from Leavitt Partners, due June 30, before moving forward.

Cline said the Oklahoma plan will use elements from other states’ plans, but will be tailored to the needs of Oklahoma. Leavitt Partners has just finished an examination of SoonerCare and is now gathering data from other states, he said.

“We have a little distance yet to cover in this process,” Cline said.

Another group watching the Arkansas plan with interest is the Oklahoma Hospital Association.

Craig Jones, association president, said while there are few specifics on how an Oklahoma plan will expand coverage, the association believes that it can’t be done without federal assistance, Jones said.

He pointed out that because the DHS has described the Arkansas plan as “premium assistance,” Oklahoma would have a precedent for an Arkansas-type plan: Insure Oklahoma. Under that program, the state uses both Medicaid money and tobacco-tax funds to help individuals pay premiums.

As of now, the federal government will stop contributing to Insure Oklahoma on Jan. 1, 2014.

Jones said in his meetings with federal officials, they have seemed open to continuing Insure Oklahoma or a program like it.

“We think, politically, employing some type of a private solution recognized in Insure Oklahoma … is much more likely to be in concert with where the governor and legislative leadership is.”

Oklahoma Watch is a nonprofit organization that produces in-depth and investigative journalism on important public-policy issues facing the state.

Integris Medical Network has announced a round of cost-reduction measures that will include staff positions and benefit reductions.