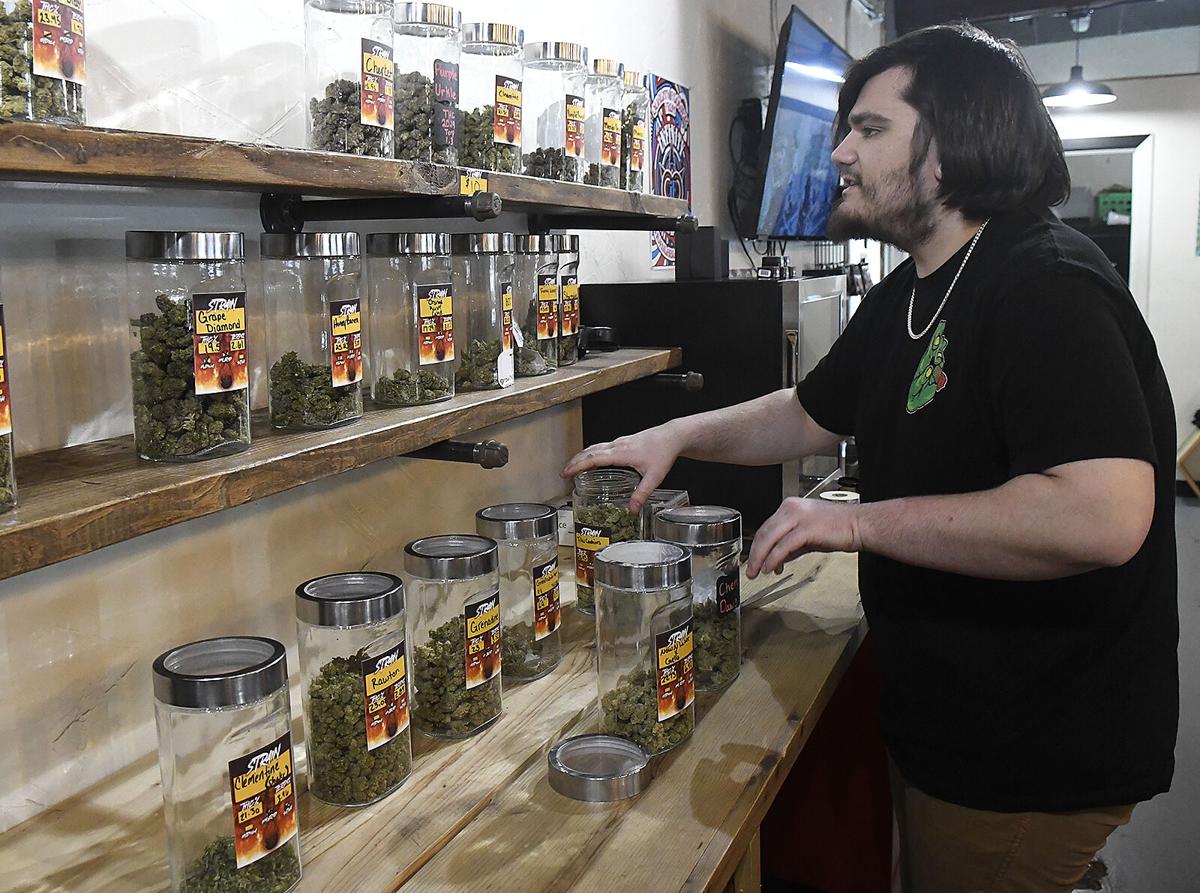 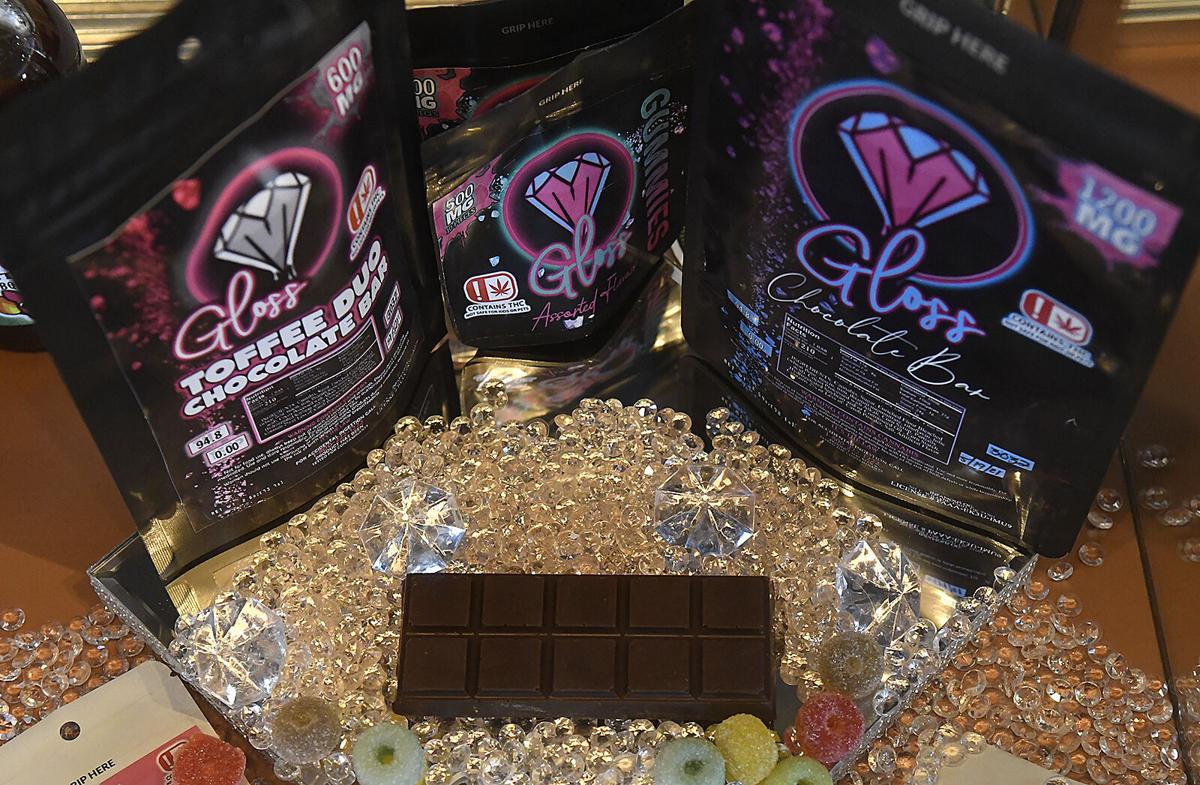 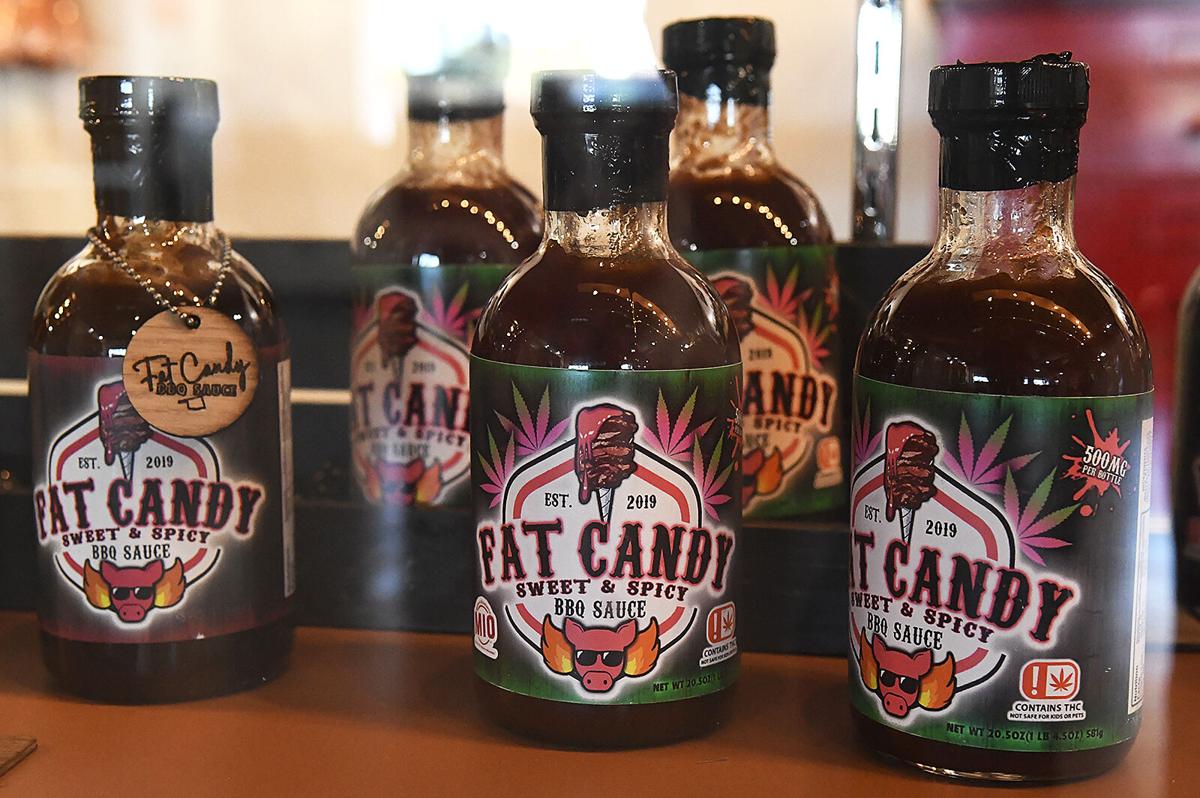 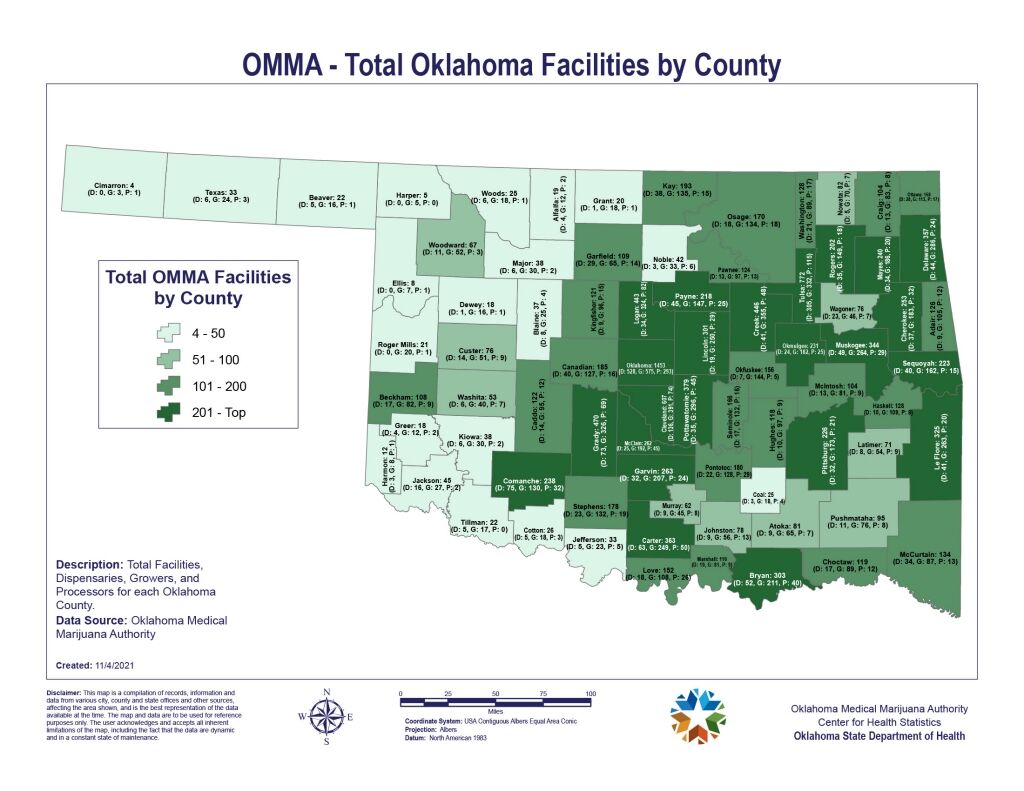 ENID, Okla. — Without taking any type of medications, Brian Clark’s pain level, on a scale from one to 10, is an eight.

Using medical marijuana for pain related to scoliosis cuts his pain in half to a four, which allows him to go about his daily activities and go to work where he is on his feet for several hours a day.

“It’s never 100%, but it makes a difference, and that’s what I’m grateful for — anything that can at least knock it down a few more notches than ibuprofen does,” Clark said.

Medical marijuana was legalized in Oklahoma after the passage of State Question 788 in June 2018.

“Sixty days to set up a whole agency was a really, really short period of time, … and I think we’re just now able to get a little bit of relief on the payoffs and start being proactive,” Berry said.

The industry has grown like a weed, and now, more than three years later, 384,645, or nearly 10% of Oklahomans, have medical marijuana cards.

In other states where medical marijuana is legal, the number of patients is typically 1% or 2% of the population, Berry said.

The medical marijuana industry, both for patients and businesses, exploded, Berry said. OMMA, at the time, was not ready to regulate.

“We have been behind on our compliance inspections ... but we’re getting caught up by hiring lots of folks to go through our training process to be compliance inspectors and get out and inspect all those businesses," Berry said.

The medical marijuana industry, she added, is a “job creator,” and tax dollars flow to communities.

Here are the updated licensing and tax reports as of Nov. 5, 2021. pic.twitter.com/jrRBVZwCJw

Adults wanting to obtain a license need a physician recommendation form, a digital photo, proof of identity, residency and, optionally, Medicaid, Medicare and/or 100% disabled veteran status, payment — which includes a $100 non-refundable application fee or a $20 non-refundable application fee for applicants with proof of Medicaid, Medicare and/or 100% disabled veteran status — and an online account.

Any physician licensed to practice as a doctor of medicine or doctor of osteopathic medicine, and podiatrists, can recommend that a patient obtain a medical marijuana license, and registering with OMMA is optional.

“‘I’ve had people tell me that (medical marijuana) absolutely changed their lives from the smallest thing, which is actually a really big thing, ... or chronic pain,” Hooper said. “I can’t even think of everything it helps with.”

Clark had scoliosis corrective surgery in 2011, but the scoliosis came back afterward. One of the rods had twisted and caused him severe discomfort, affecting his daily life “beyond belief," he said.

He was using medical marijuana along with pharmaceuticals, but the cannabis helped him quit taking all of the painkillers.

“I haven’t taken a painkiller in about three years,” Clark said. “It’s been hard because it really hurts, but this is such a better and healthier alternative than those destructive pills.”

Jordan Mace, general manager of Fire House Dispensary, said he’s seen people of all ages, from teenagers to 85-year-olds, for all kinds of different reasons.

“Everybody’s in here,” he said. “Growing up, there was also that stereotypical ‘pothead,’ but now, my mind has been opened — everybody medicates.”

Brandy Frisbee, manager of Natural Remedies MMJ Dispensary, has been in the medical marijuana industry since 2009 and said she has seen it help people, like Clark, stop taking pharmaceuticals and with many more issues.

After seeing it change people’s lives, she became passionate about medical marijuana.

“My mission here is just to educate,” Frisbee said. “I educate our patients. I let them know how cannabinoids work, how THC works, which products are medicinal and which ones are just to get stoned. I love this industry, and I love what it does for people. It’s incredible.”

Clark, a patient at Natural Remedies, said the dispensary’s entire team has truly worked with him to find the best solutions to help manage his pain, mainly through edibles and CO2 oil.

“They’ve helped me more from a medical standpoint than most doctors have in the last three-plus years,” he said.

When Natural Remedies, which Frisbee said was the first dispensary in Enid, opened in November 2018, “it didn’t stop being crazy.”

The dispensary kept expanding and getting more products, and Frisbee said more and more people kept coming to the dispensary and trying products.

Mace, with Fire House, said the first time someone comes into the dispensary, he tries to help them figure out what they’re wanting the medicinal cannabis for.

“We’re not trying to just sell you stuff and get money,” he said. “We’re trying to get people medicated the right way and relieve what they want relieved.”

The most common item sold at both Fire House and Natural Remedies is flower, which is the smokable part of the cannabis plant, because of the “instant effect,” Frisbee said.

Other popular products include concentrates and edibles, but both offer a variety of items such as T-shirts, rosin tips, pipes, bongs and hemp wraps.

Mace said he thinks customers have started figuring out the products they want for their different needs and settled in on the dispensaries they like going to.

“I can definitely tell that people are starting to really notice and pay attention to what they’re buying,” Mace said.

There are a variety of rules, both permanent and emergency, and regulations on medical marijuana for all licensees, patients and caregivers, physicians, transporter agents, research and education, commercial licensees, dispensaries, growers, processors, labs and waste facilities.

Frisbee said she educates patients about medical marijuana on things like the rules and regulations and how the different products may affect individuals.

“The more states legalize medical marijuana, the more people try it, the more education gets out there — it’s just huge,” she said. “If we could just have a press conference with the entire United States and let me just visit with them for 20 minutes, I think everybody would be in a better world.”

The stigma around marijuana, Frisbee said, still exists, but now that medical marijuana is legal ... the stigma is starting to decrease.

“Marijuana is a natural plant that works naturally with our natural endocannabinoid system that matches the plant’s system,” she said, “but people don’t know that. There’s just not enough education out there and not enough people willing to listen.”

This story is the second part of a series about the growing medical marijuana industry in Northwest Oklahoma and the rest of the state.

For the first part in the series go to enidnews.com.

This story is the first part of a series about the growing medical marijuana industry in Northwest Oklahoma and the rest of the state.