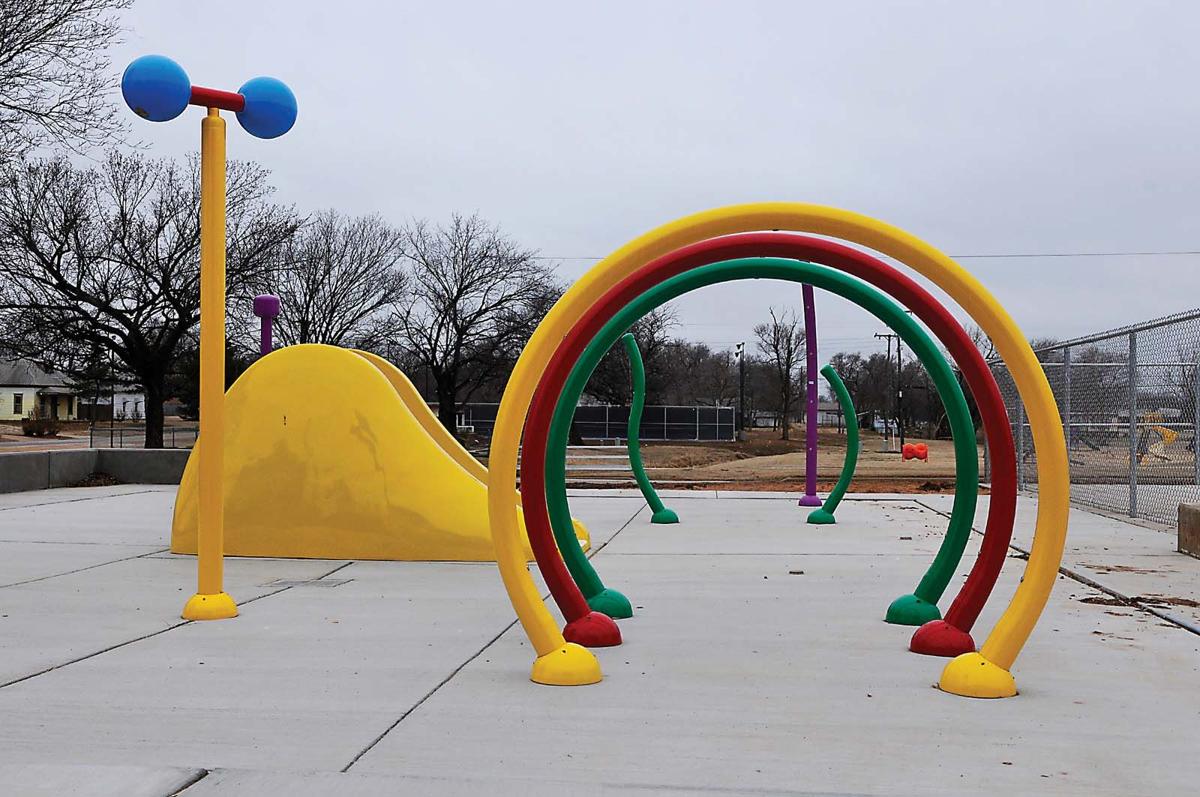 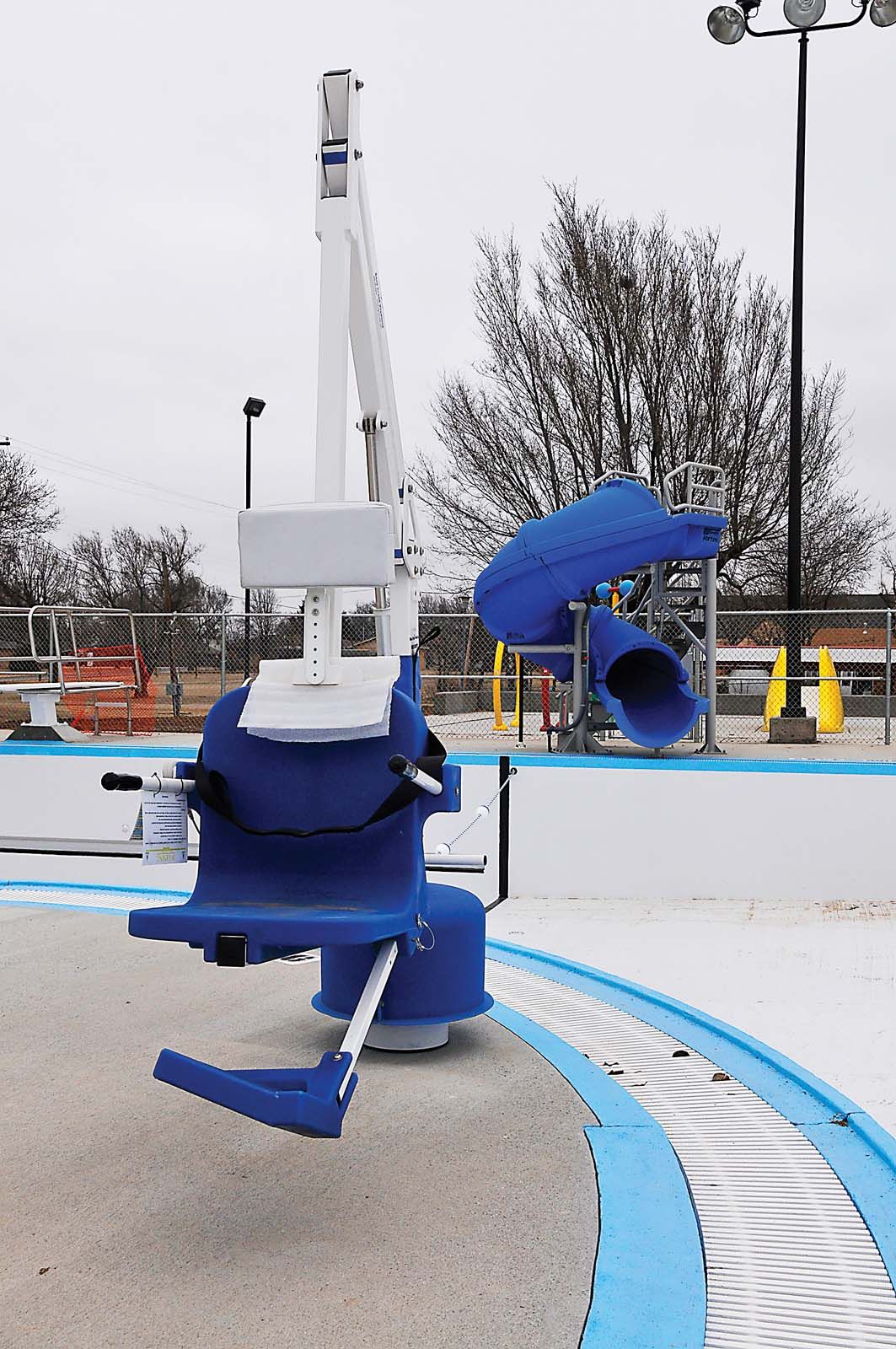 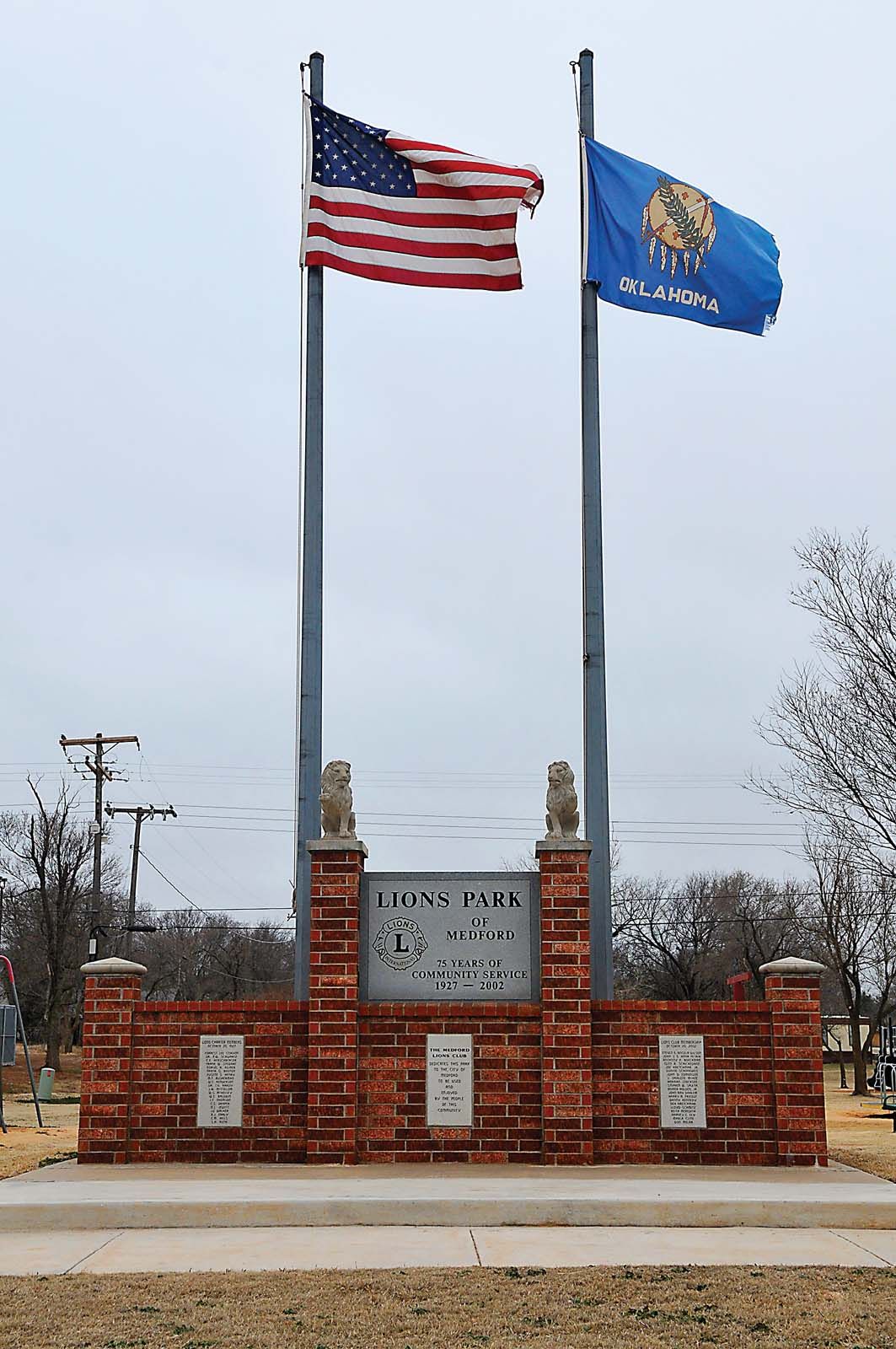 Improvements have been made to Lions Park in Medford. (Staff Photo by BILLY HEFTON)

Improvements have been made to Lions Park in Medford. (Staff Photo by BILLY HEFTON)

MEDFORD, Okla. — Warm weather in January and February has created even more anticipation than expected for new tennis and basketball courts in Medford.

City Manager Dea Mandeville said the courts are completed, but the city is waiting for contractors to finish sidewalks around the courts. Weather permitting, she expects the work to be finished in three weeks.

“Normally, this project would not be generating much interest in February, but we have had unseasonably warm weather, and the kids are getting excited,” Mandeville said in mid-February.

The new structure includes two tennis courts and basketball courts with four goals. The courts are municipally owned and open to the public, but Mandeville said they are available to leagues and groups, as well.

The city also has nearly completed construction on a new pool and bath house. Mandeville said increased sales tax revenues from oil production and associated businesses made it possible for the city to save enough money to construct the new pool, making a bond issue unnecessary.

“The City Council adopted the park improvement plan a few years ago, and the increased revenue has been going to improvements that include the pool and other areas in town,” Mandeville said.

The pool is set to open Memorial Day, but it is all but completed already. Mandeville said electrical work still needs done, and sidewalks to be poured. The bath house will feature showers, restrooms and a concession stand.

The new pool is fully ADA compliant and includes a zero-entry design, which is a gently sloping pool edge that allows swimmers to simply wade into the pool. A wheelchair lift also is available as part of ADA requirements. All the sidewalks that will be poured will adhere to ADA regulations, and Mandeville said it will make walking between the city park and other attractions, like the basketball courts, much easier.

“Honestly, we needed new sidewalks, anyway, and all the construction equipment pretty much destroyed what was left of the old sidewalks,” Mandeville said.

A splash pad adjacent to the pool will have to wait for warmer weather for completion. Mandeville said the special surface that is overlaid on the concrete requires temperatures consistently above 50 degrees to properly set. The splash pad will be 45 feet by 45 feet.

In addition to the sidewalk improvements in Lions Park — the main city park — new play structures were installed last fall. Of the two small structures, one is meant for children 2-5 years of age and one for ages 5 years and older.

Finally, Mandeville said, the city has asked Oklahoma City-based Myers Engineering to draw up plans for improving the city’s water system. The plans include a booster pump and a stand pipe (a small water tower). The improvements are expected to help with demand and increase pressure in homes and businesses.

“We are writing some grants right now to help with the funding,” Mandeville said, “and we are hoping to have it completed within 18 months.”