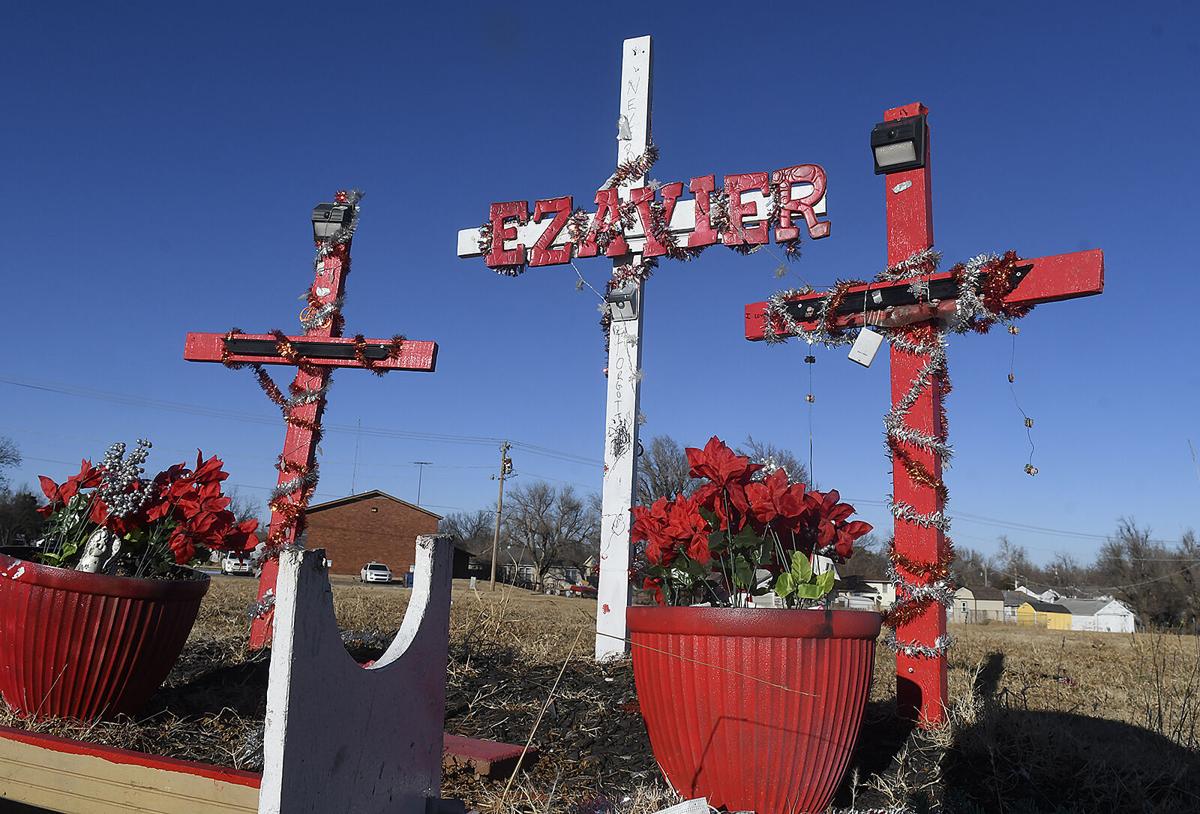 A memorial for Ezavier Condit stands on the northeast corner of 30th and Garriott. Condit was shot and killed north of the memorial in 2020. 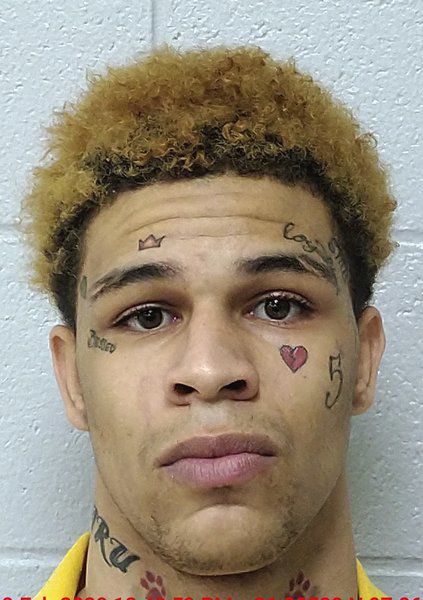 ENID, Okla. — An Enid man pleaded guilty to an amended charge of second-degree murder on Tuesday in relation to the January 2020 fatal shooting of teenager during a home invasion.

Damon Lee Robinson, now 21, was charged in March 2020, along with Rico Lamar Stennis, with one count of first-degree murder and one count of conspiracy for acting in concert with 14-year-old Ezavier Condit and causing Condit’s death during the commission of a first-degree burglary.

A pre-sentence investigation was ordered and is due by March 4. Robinson’s sentencing date is scheduled for March 14.

At 12:25 a.m. on Jan. 31, 2020, Enid Police Department officers responded to a report of a possible burglary at 1602 E. Park, according to an affidavit filed in the case. The door had been kicked open, but the person who entered had left, and the burglary was captured by a video camera installed inside the house. At 3:18 a.m., EPD responded to another call of a possible burglary at the same address. The resident, Olivia Jaid Hollis-Boegle, said three people had been there the second time.

Hollis-Boegle, armed with a pistol the second time, said she fired one round while standing in her doorway, a second as she was stepping out of the doorway into the yard as the three were running away and then a third shot, according to the affidavit. She did not think she hit any of the burglary suspects.

According to another affidavit, detectives located two spent shell casings within the complete crime scene — one in the driveway and the other in the middle of 16th.

Officers found Condit, who appeared dead from a gunshot wound to the back of the head, approximately half a block north, the affidavit states. He was transported to St. Mary’s Regional Medical Center and pronounced dead at 4:42 a.m.

In an interview, Robinson told EPD that he and Condit had gone to the residence to get marijuana to smoke, according to the affidavit. Hollis-Boegle had a medical marijuana card and worked at a marijuana farm around the Waynoka area at the time.

In a separate interview, Stennis, then 17, told officers that Hollis-Boegle had kicked him out of the Park residence on Jan. 29, 2020, which he said he was mad at her for, according to a third affidavit. Stennis contacted Robinson to see if he could “hit a lick” and told Robinson where the cash and drugs were located in the house.

Stennis said after the robbery was completed, he received a call from Robinson that the job had been completed, the third affidavit states. Stennis said the next day he learned Condit had been shot and killed.