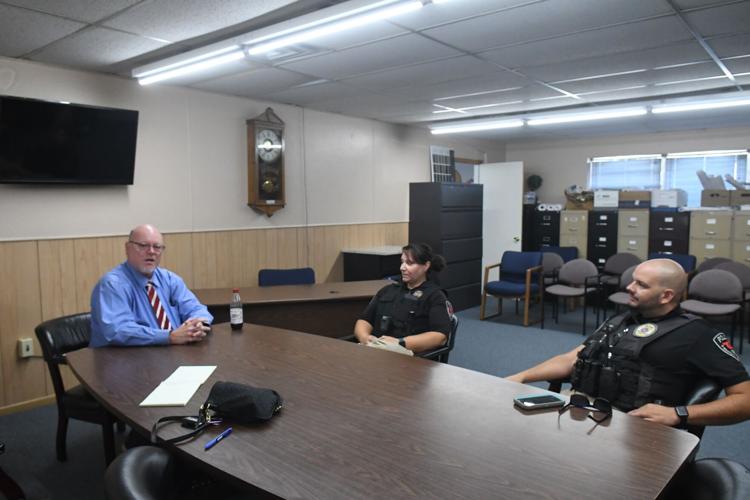 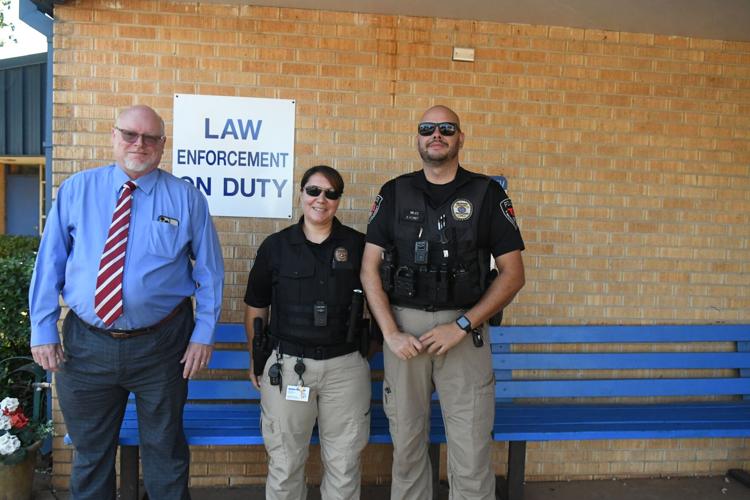 WAUKOMIS, Okla. — Waukomis Public Schools Superintendent David Brewer started with the district on July 1, and it didn’t take long for him to start building relationships.

He said his first priority was the safety of students, so he started talking to Logan Niles, Waukomis police chief.

“We decided to build a partnership focused on protecting our school children. The school board was excited about our efforts,” Brewer said.

They decided to think outside the box about what would work best and they came up with a system of part-time police officers being on the school campus.

“It wasn’t feasible to pay a full-time police person, so we came up with rotating part-time people,” Niles said.

One of those officers is Becky Allison, who also has been an investigator and has worked in child abuse. The other two helping are a college professor who has worked with DHS and a firefighter.

“It’s been great, much better than I thought it would be,” Allison said.

Niles said Allison has been a great role model for girls.

“She is truly empowering them to believe they can be a police officer or anything they want to be, an unexpected recruiting tool,” Niles said.

The school announced its decision to have a police officer roaming the school campus at the Meet the Chiefs night at the football stadium. The news resulted in clapping and a standing ovation.

Brewer has been a superintendent for 19 years, the last 8 at Varnum Public Schools near Seminole. He was concerned about the move and being accepted in a new school. His wife is a school counselor and they are raising a small grandson.

“We have been embraced by the community, and it is a great feeling,” he said.

He said the decision to bring the police to the school has resulted in building a better community. The younger kids have a sense of safety and the older kids are developing a new attitude about the police.

“It’s all about our kids being safe and building good relationships,” Brewer said.

Byrd is the education reporter for the Enid News & Eagle.
Have a question about this story? Do you see something we missed? Do you have a story idea for Suzie? Send an email to sbyrd@enidnews.com.