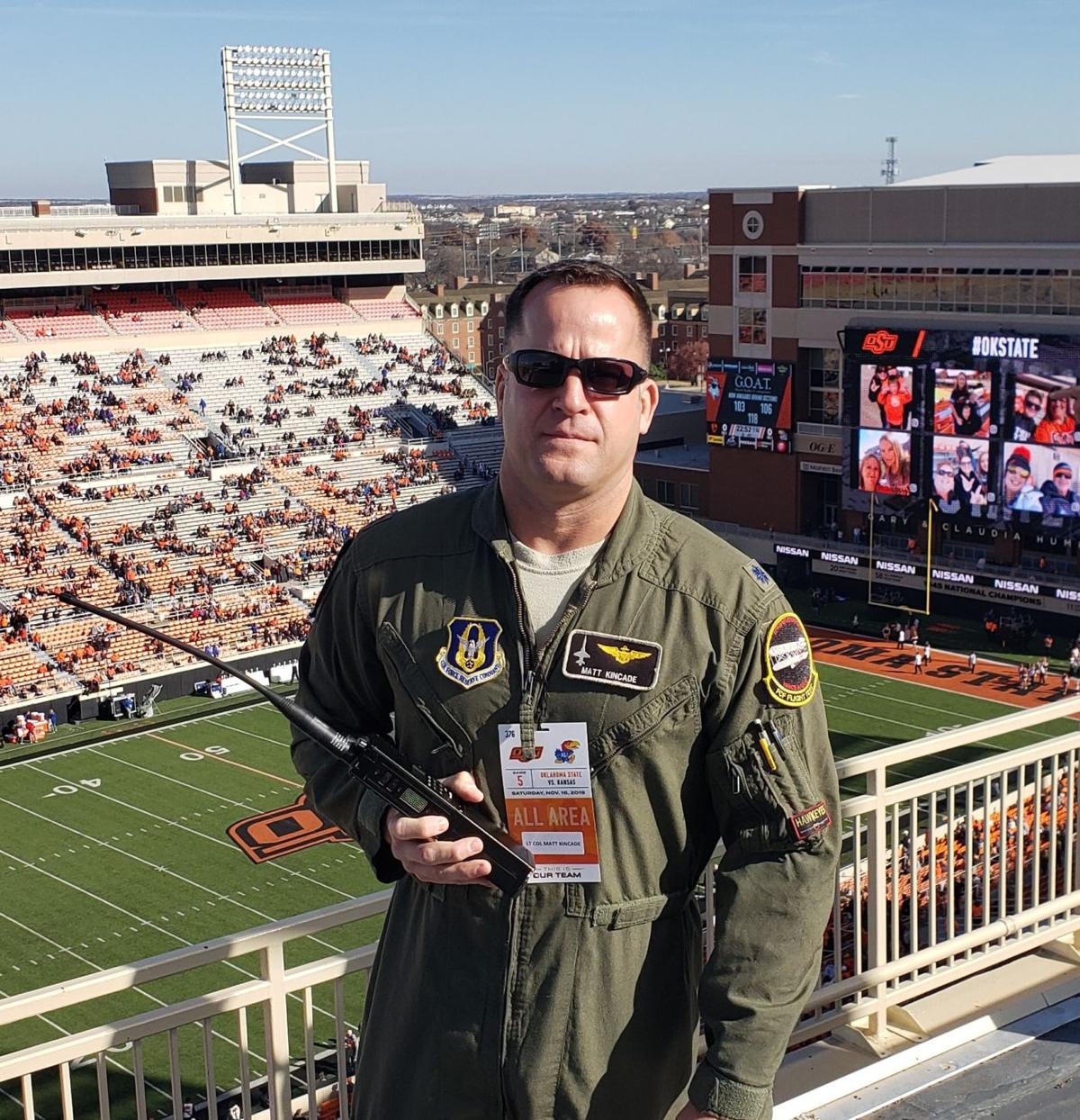 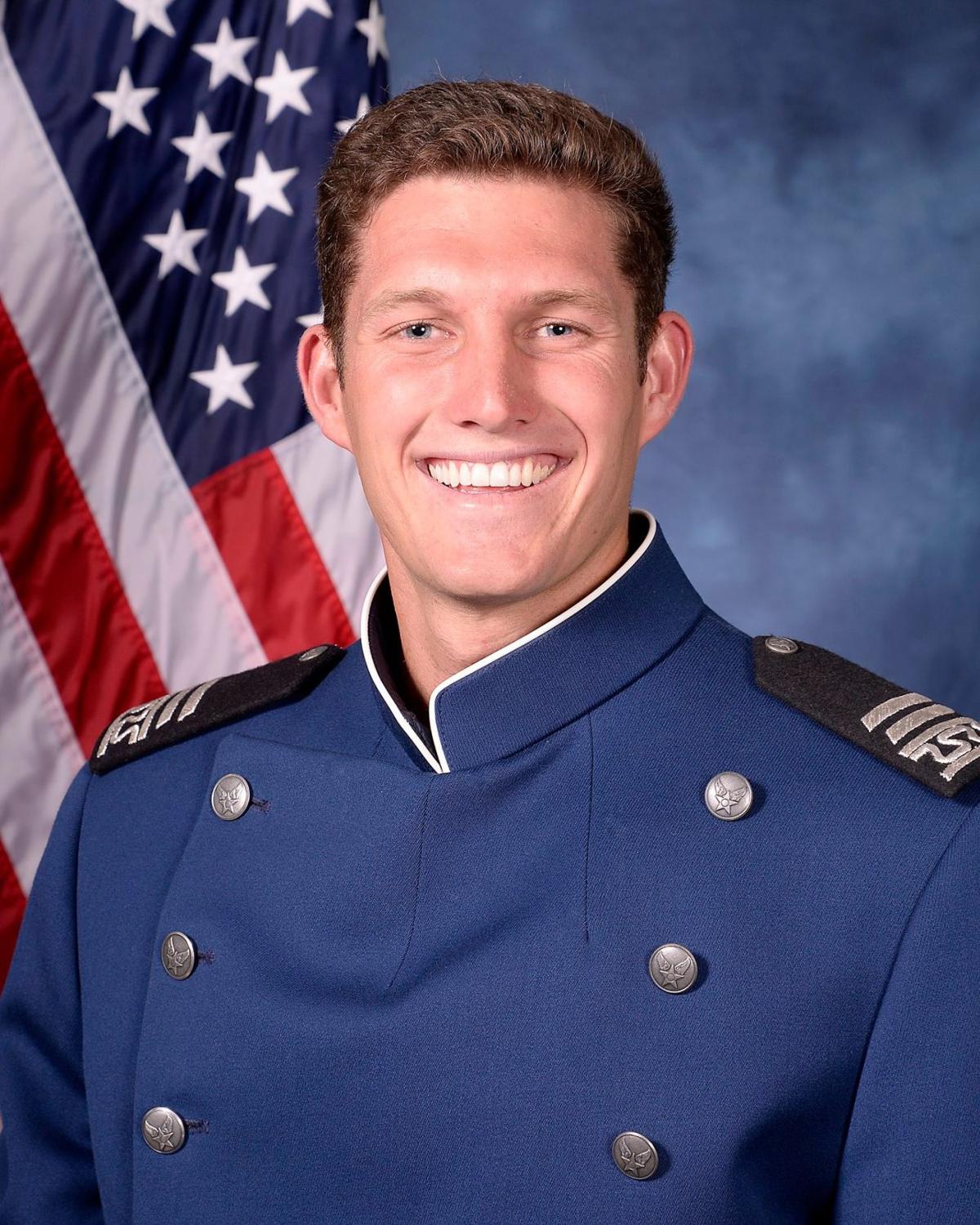 2nd Lt. Travis B. Wilkie, 23, a student pilot assigned to the 71st Student Squadron, is survived by his wife, parents and sister. "A cadet, a student, and an athlete, Travis made a profound impact upon those he knew here at (the U.S. Air Force Academy)," read a post on the U.S. Air Force Academy Facebook page. "Words cannot even begin to describe how greatly he will be missed by his Academy and Air Force family." 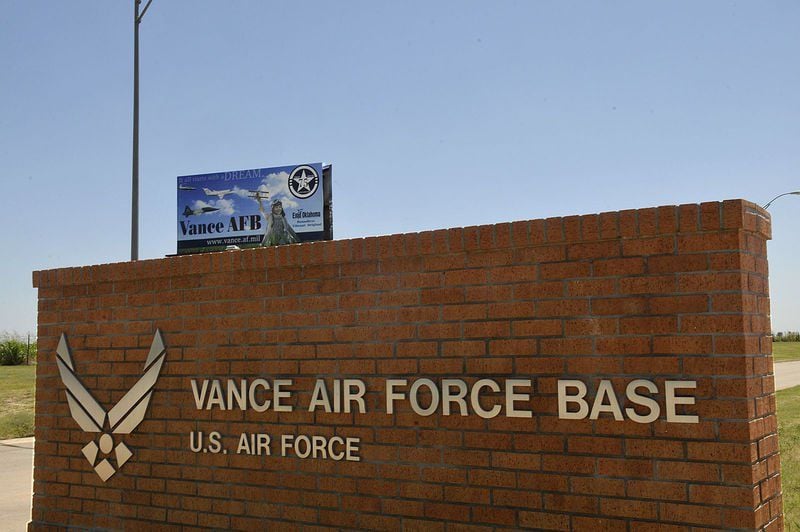 Two airmen in the second aircraft were not injured in the incident, Vance public affairs said Thursday. Additional names were not released Friday.

Col. Corey Simmons, commander of the 71st Flying Training Wing at Vance, said during a Thursday afternoon press conference the two aircraft were on a formation training flight and were in the landing phase of the mission when the mishap occurred.

One of the two aircraft, a T-38C Talon, ended up inverted. The other plane was able to land, and its aircrew were uninjured. Simmons said during the press conference both aircraft came to rest "off the runway."

Simmons declined Thursday to answer questions about specifics of the mishap, deferring to the Air Force mishap investigation already underway. Additional details will be provided as information becomes available.

"These things take time," Simmons said, "and I'm not going to guess at what happened."

Flight operations at Vance remained halted Friday. Simmons said Thursday he would make a decision over the weekend about when training flights will resume.

"For me, it's all about the integrity of the safety investigation," Simmons said.

Simmons said Thursday he stands by the safety record at Vance, which hadn't suffered a training death since 2000. The base flies about 225 missions per day, and its runways see 800-1,000 landings per day, Simmons said.

The T-38 Talon is a "twin-engine, high-altitude, supersonic jet trainer used in a variety of roles because of its design, economy of operations, ease of maintenance, high performance and exceptional safety record," according to an Air Force fact sheet.

The Talon is used by Air Education and Training Command for specialized undergraduate pilot and pilot instructor training, according to the Air Force. Student pilots at Vance have flown T-38's since December 1963. Students in the fighter/bomber track fly the Talon.

“We are a close-knit family,” Simmons said in a released statement, “and when tragedies like this occur, every member of the U.S. military, Vance, Enid, feels it.”

Two Air Force T-38 Talons assigned were involved in a mishap at approximately 9:10 a.m. Thursday at Vance Air Force Base, according to public affairs.

Yesterday, the lives of two airmen were cut tragically short in a training mishap at Vance Air Force Base. Team Vance and this community will forever be impacted by that tragedy.

'What we are called to do:' Vance AFB holds memorial services for airmen killed in crash

“Many people ask me if the wing is OK after all of this … the simple answer is no … we are not … we miss our friends and wingmen. But very soon, we will be … because we have to be. And tomorrow, Vance Air Force Base will continue training our next generation of aviators. Because that is what we are called to do.” — Col. Corey Simmons, the 71st Flying Training Wing commander