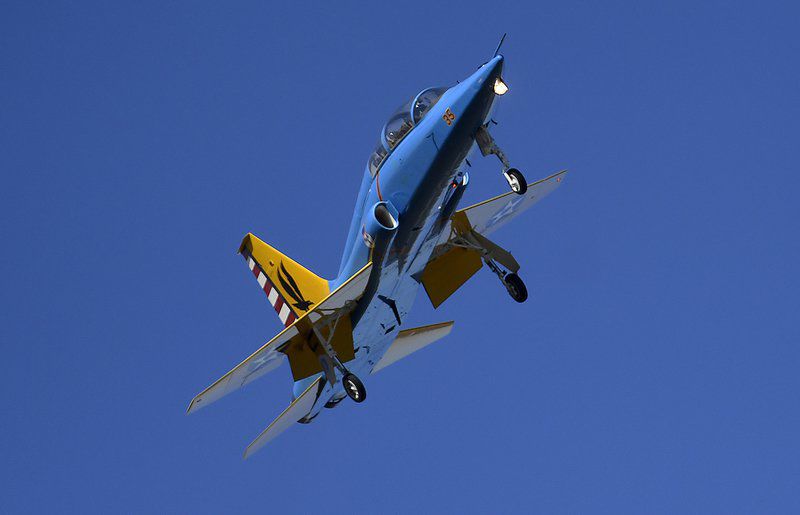 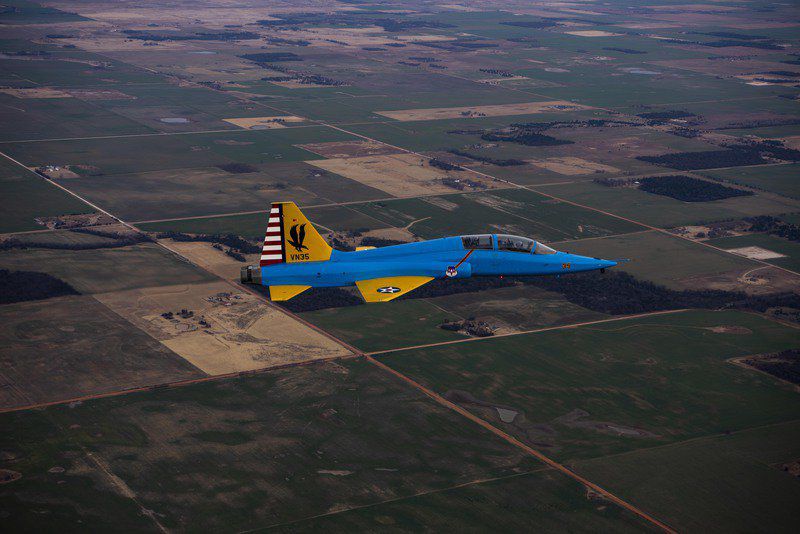 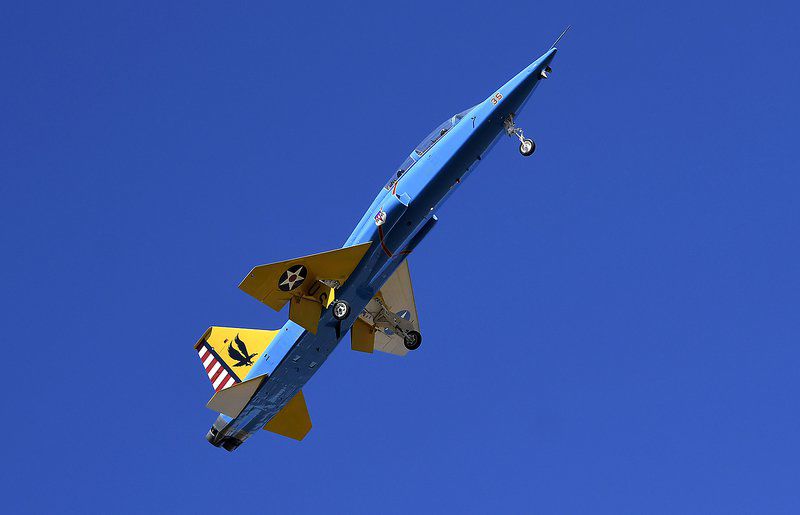 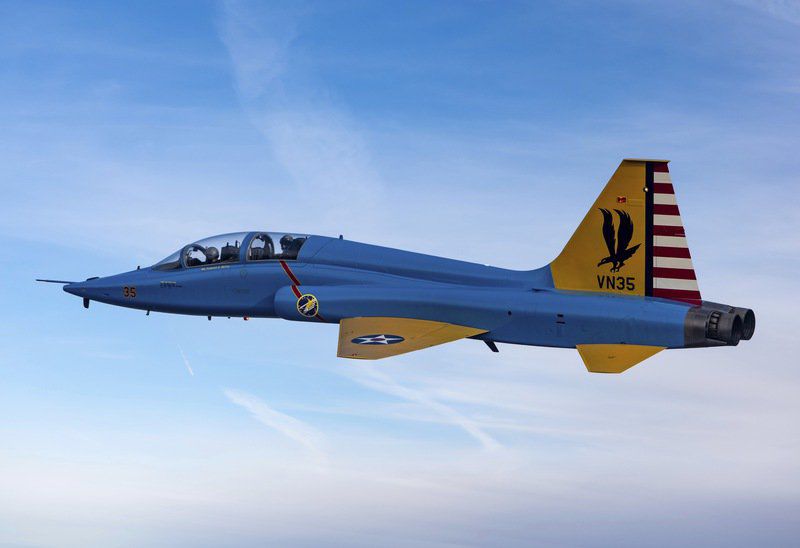 VANCE AIR FORCE BASE, Okla. — If you look up you may seem some different-looking aircraft flying over Enid, as Vance Air Force Base adopts historic aircraft paint schemes to honor Air Force heritage and history.

The 71st Flying Training Wing is painting five of its aircraft — one for each of the base's aircraft squadrons — in paint schemes drawn from Air Force history.

A T-38 Talon assigned to the 25th Flying Training Squadron (FTS) already can be seen flying over Enid and in the base traffic pattern, painted in a historic blue-and-gold paint scheme harkening back to U.S. Army Air Corps aircraft of the mid-1930s to early 1940s.

Plans also call for painting a T-1 Jayhawk with the 3rd FTS in an olive drab and gray fighter motif, similar to a 1940 P-40 Warhawk posted in the Philippines. A T-6 Texan II with the 8th FTS will be silver with black trim, to mimic the unpainted, polished aluminum style of a 1950 B-26 Marauder, according to a Vance press release. Another T-6, with the 33rd FTS, will be olive drab and gray in the paint scheme of a B-25 Mitchell from World War II.

The 5th FTS also will have a heritage paint scheme aircraft, but details on that design remain pending, according to Vance public affairs. The T-1 paint work is in progress, and the others have yet to begin.

Col. Corey Simmons, commander of the 71st Flying Training Wing, said the wing got approval from Air Education and Training Command (AETC), the parent command for the 71st, to undertake the paint scheme project to honor airmen, past and present, and the heritage of the Air Force.

“AETC gave us the green light for this project and we are thankful for the opportunity," Simmons said. "By painting one aircraft from each squadron to represent Vance’s rich heritage, we are not only paying homage to our current airmen, but to all of those who have come before us. It is because of them that we are the world’s greatest air force. Recognizing where we came from is a large part of demonstrating our culture.”

The already-completed heritage T-38 with the 25th FTS is rich in symbolism from Air Force history, and from the history of the 25th, according to a Vance press release

The wings include a traditional roundel — the blue circle with white star — with a red "meatball" in the center of the star, in the style of the period. On the tail is the “Hawkeye” symbol of the 6th Reconnaissance Group, which included the 25th Photo Reconnaissance Squadron, which operated in the South Pacific from 1943 into the occupation of Japan.

Pilots in the 25th and 8th squadrons at Vance still wear the "Hawkeye" on their squadron patches, since both were assigned to the 6th Reconnaissance Group during World War II.

The tail of the T-38 is painted with a blue field and 13 red-and-white stripes, representing the U.S. flag. On both sides of the fuselage, near the intake, there is a red command stripe, with the patch of the 25th FTS on the left side of the aircraft and that of the 71st FTW on the right. Aircraft of the day assigned to a squadron or wing commander would have been painted with such a stripe.

Vance's heritage T-38 bears the name of Maj. Frederick E. McCoy, one of the early commanders, possibly the first commander, of the 25th Photo Reconnaissance Squadron in World War II, according to the press release.

Maj. William Miller, executive officer of the 25th FTS, said the paint scheme honors more than just the one squadron.

“Some will ask if the 25th FTS ever had an aircraft that looked like this, and the answer is it didn’t," Miller said. "The 25th FTS has a relatively short history, and one predominately here at Vance. We wanted to honor more than just the 25th FTS.”

According to a provided wing statement, the color scheme recognizes the 25th FTS' role in preparing pilots for the possibility of future armed conflicts.

"In the 25th, we set the table for the Combat Air Forces, supplying them with new pilots every three weeks," according to the statement. "The blue and yellow colors pay homage to those aviators of the 30s and early 40s who set the table for the aerial successes the Air Force had in WWII. There are a lot of heritage paint schemes out there now, but this is the only one that honors the early heritage of the Army Air Corps Aviators who paved the way for the aviators of WWII, and ultimately the Air Force today."