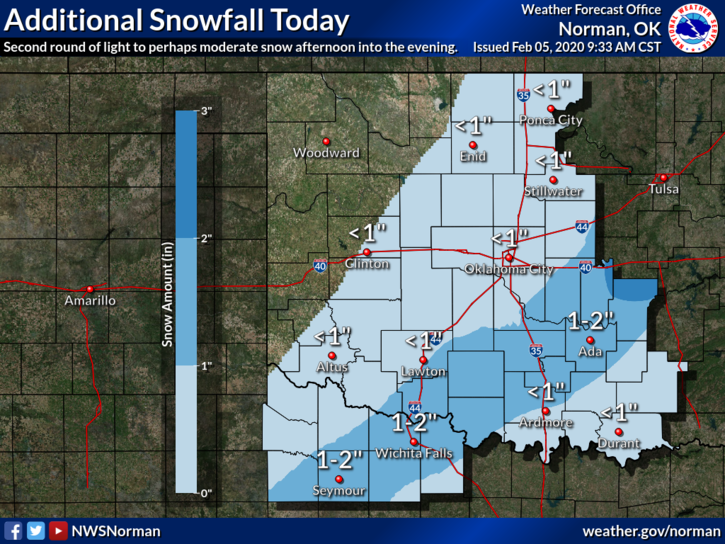 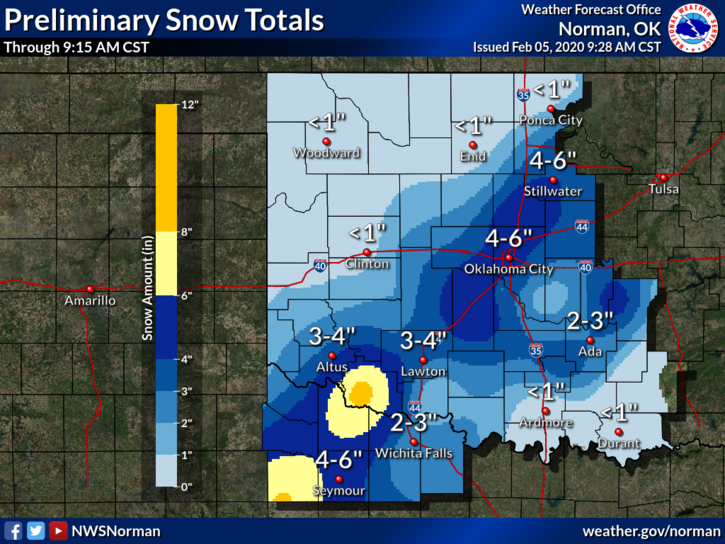 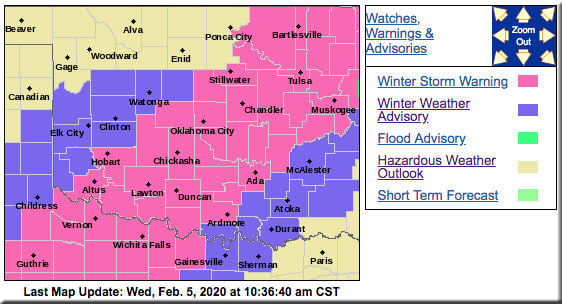 Road conditions as reported by Oklahoma Department of Transportation as of 11 a.m. 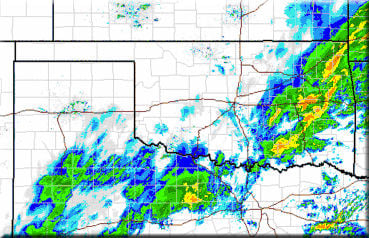 Road conditions as reported by Oklahoma Department of Transportation as of 11 a.m.

ENID, Okla. — Northwest Oklahoma missed the heavy snow and icy weather that moved across a large swath of southwestern, central and northeastern parts of the state Tuesday evening and overnight into Wednesday.

Enid received a dusting of snow, and while most of the state was under a winter storm watch or warning, those counties did not include all of northwestern and far southeastern Oklahoma.

Many, but not all, of Enid and area schools, churches and organizations did cancel classes and activities Wednesday, however, due to winter conditions.

The National Weather Service forecast the high temperature to hover around the freezing mark, and north wind at 10-14 mph, with gusts as high as 20 mph, was making it feel as if the temperature were in the teens, according to the Mesonet weather recording site at Breckinridge.

Late in the morning, the NWS reported a second wave of snow could fall Wednesday afternoon or evening additional to snow already accumulated. Enid was forecast to receive less than an inch should snow fall.

Otherwise, skies will remain mostly cloudy with a low around 19 and light north wind, according to NWS.

Thursday’s NWS forecast calls for skies to become partly cloudy with a high near 44 and light northwest wind turning south in the afternoon. High temperatures will be close to 50 Friday and Saturday and in the mid-50s by Sunday, according to the NWS.