ENID, Okla. — The mother of a 26-year-old Enid man killed in a collision on South Oakwood has filed a wrongful death lawsuit in Garfield County District Court.

Mandy Sprowls, mother of Vance Lee Sprowls, alleges Madison Jacobs, 16 at the time of the crash, failed to yield to oncoming traffic and pulled out in front of Sprowls, causing him to collide with her vehicle.

Sprowls and his passenger, Katelyn Unger, 23, were flown from the scene by Air Evac Lifeteam helicopter to OU Medical Center in Oklahoma City, according to Enid police. Sprowls died at 4:41 a.m. from head injuries sustained in the crash. Unger was admitted to the ICU in critical condition with head and leg injuries. She was wearing a helmet at the time of the crash. Sprowls was not wearing a helmet. 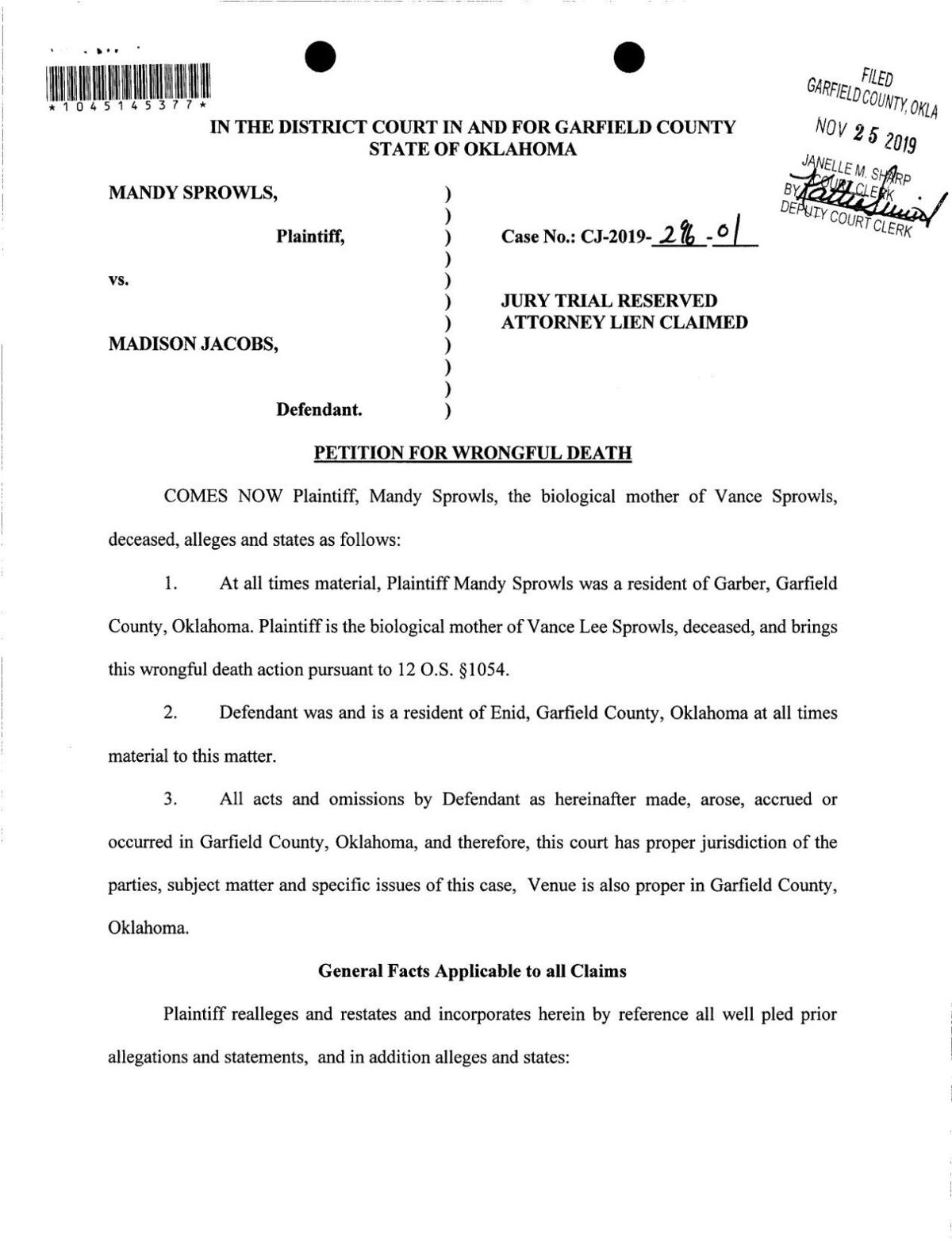 "The defendant's actions were negligent and were the direct and proximate cause of the collision with Mr. Sprowls' vehicle," the suit claims. "Mr. Sprowls was without fault in the accident and at all times acted with due care."

The suit claims Jacobs failed to yield to oncoming traffic and committed "negligence per se."

A medical examiner's report for Sprowls found there was no alcohol in his system at the time of the crash but several drugs were present.

Sprowls had methamphetamine, amphetamine and benzodiazepine in his system at the time of his death, according to a report from the Oklahoma Medical Examiner's Office. The report lists the probable cause of death as "multiple blunt force injuries" and the manner of death as "accident." Under contributing factors to death "recent use of methamphetamine" is listed.

The case has been assigned assigned to District Judge Paul Woodward.