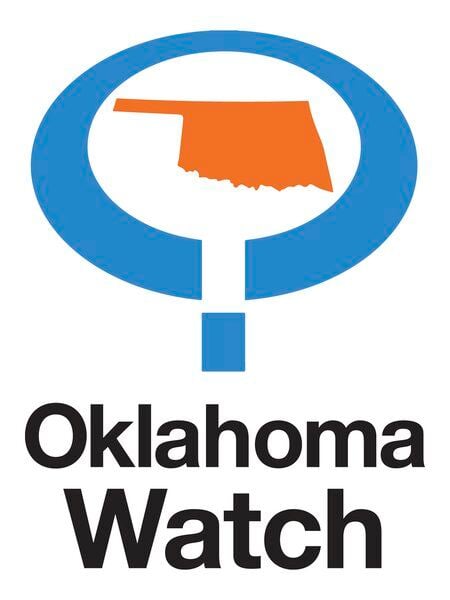 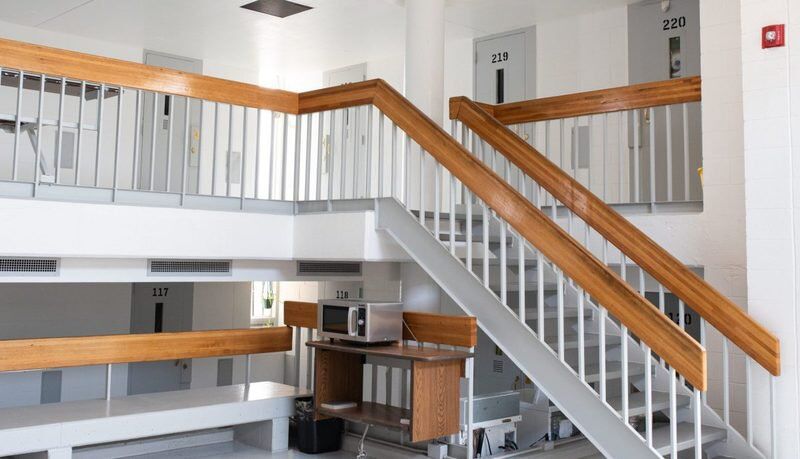 Joseph Harp Correction Center in Lexington is part of Oklahoma’s corrections system, which has experienced a decrease in population in recent months. (Whitney Bryen / Oklahoma Watch)

Joseph Harp Correction Center in Lexington is part of Oklahoma’s corrections system, which has experienced a decrease in population in recent months. (Whitney Bryen / Oklahoma Watch)

The number of inmates in state and private facilities is down 9.4% over the past four months, from 24,923 on March 9 to 22,580 on July 13. Overall system capacity dropped from 101% to 89% in the same period, according to Department of Corrections data.

“The reduction is happening really, really rapidly, and it’s amazing to watch,” said Ryan Gentzler, director of Open Justice Oklahoma, an initiative of Oklahoma Policy Institute that gathers and standardizes data from jail, court and corrections records. Oklahoma has the nation’s second-highest incarceration rate and has struggled with prison overcrowding and understaffing for years.

While Gentzler says the state’s imprisonment rate is trending in a promising direction, a backlog of inmate transfers and pending criminal cases is at least partially responsible for the sudden decline.

District courts also have been affected by the pandemic. On March 27, Oklahoma Supreme Court ordered the state’s 77 county courthouses to temporarily close. While the courthouses reopened May 15 with social distancing guidelines in place, several district courts have postponed jury trials and criminal cases are moving slower than usual. As the courts catch up, some defendants who are currently in county jails or out on bond will likely be sentenced to terms of imprisonment.

Kris Steele, founder of Oklahomans for Criminal Justice Reform and former speaker of the state House, said he is encouraged by the population decline despite disruptions to the justice system. He pointed to the work of the Pardon and Parole Board and legislation like H.B. 1269 — which made State Question 780 retroactive and made more inmates eligible for commutation — for putting a dent in Oklahoma’s incarceration rate.

The board in 2020 has recommended the release of several hundred drug and property crime offenders, a stark increase from 2017, when just 16 inmates were granted commutation.

“It used to be sort of a known that the answer was going to be ‘no,’ but that’s changing with the current composition and leadership of the Pardon and Parole Board,” Steele said. “People believe that they have a real opportunity to get a fair shot and to have the facts of their case reviewed impartially.”

The coronavirus pandemic has made the issue of prison overcrowding especially relevant.

Though the DOC reports only 11 Oklahoma inmates and 25 corrections staff have tested positive for COVID-19, outbreaks have erupted at prisons nationwide. In May, 1,900 inmates at Marion Correctional Facility in Ohio — about 80% of the prison population — tested positive for the virus. Four of them died.

Prisoners are 5.5 times more likely to contract the coronavirus than the general public, according to a study from researchers at John Hopkins University, and also are more susceptible to health complications from the virus. The percentage of inmates 55 or older has consistently increased since 2000. About half of prisoners nationwide suffer from a chronic health condition, like heart disease or asthma, according to Harvard University researchers.

As coronavirus cases in the state continue to rise, only a handful of Oklahoma prisoners have been granted medical parole.

On May 13, the Pardon and Parole Board recommended medical parole for 12 inmates at elevated risk for the coronavirus. The DOC identified more than 100 other medically vulnerable inmates, but they were not considered for release because of violent or sexual convictions.

Under current state law, an inmate may be considered for medical parole if they are “dying or near death” or if their medical condition has made them no longer a threat to society. In late March, nine Oklahoma advocacy groups and think tanks issued a joint statement asking Gov. Kevin Stitt to sign an executive order that extends medical parole eligibility to groups such as pregnant women and people over 60 who were convicted of nonviolent offenses.

Gentzler said the DOC and Pardon and Parole Board must continue looking for ways to release medically vulnerable inmates while also considering public safety.

“The consequences of a COVID outbreak in prisons are just really terrifying and heartbreaking,” Gentzler said. “I think we all need to keep in mind how big of a problem that is going forward. There’s just no way to social distance while you’re incarcerated.”

Steele agreed, saying there is an opportunity for state lawmakers to revise policies governing medical and compassionate release in the next legislative session.

“I think the pandemic has certainly brought to the forefront the discussion of who needs to be in prison, and more importantly, who does not,” he said.

After commuting the sentences of 462 inmates last November, Oklahoma dropped its title of America’s top incarcerator. But the state would need to reduce its prison population by 8,000 just to align with the national average incarceration rate.

Criminal justice reform advocates like Steele say State Question 805 is the next logical step to bring Oklahoma’s incarceration rate closer to the national average. The recently filed ballot initiative would outlaw repeat sentence enhancements for nonviolent offenses, making it more difficult for judges to hand down lengthy prison sentences. Those convicted of drug and property crimes in Oklahoma spend about 75% longer in prison than offenders in other states.

State Question 805 will appear on November’s general election ballot if the Oklahoma Supreme Court verifies nearly 250,000 signatures collected by bill’s supporters on time. The deadline to get SQ 805 on the Nov. 3 ballot is Aug. 19.

Oklahoma Council of Public Affairs, a right-leaning think tank, published a study last month in support of the ballot initiative, saying it would reduce the state’s prison population by 8.5% over 10 years and save taxpayers $186 million. The DOC questioned the findings of the study in a statement, saying prosecutors still would have the authority to hand down maximum sentences on multiple counts.

District attorneys from across the state, including Oklahoma District Attorneys Association President Jason Hicks, have spoken out against State Question 805 in media editorials and interviews, saying the ballot initiative would compromise public safety and make it difficult to prosecute habitual offenders.

“I would like to see every criminal get the services needed to become a productive citizen,” Hicks, who serves as district attorney for Caddo, Grady, Jefferson and Stephens counties, wrote in a February editorial for the Lawton Constitution. “However, when someone continues to commit criminal acts, we must be able to use incarceration to deliver rehabilitative services while removing that threat from our community.”

If prior polling and voting outcomes are any indicator, Oklahoma voters will seriously consider State Question 805 if it makes the November ballot.

State Question 780, a 2016 ballot initiative which reclassified several property and drug crimes from felonies to misdemeanors, passed with 58% of the vote. Urban voters showed more support for the bill than those in rural parts of the state.

An October 2018 poll by FWD.US, a prison reform lobbying group, found 83% of Oklahoma voters believe it’s important to reduce the number of people in jail or prison.