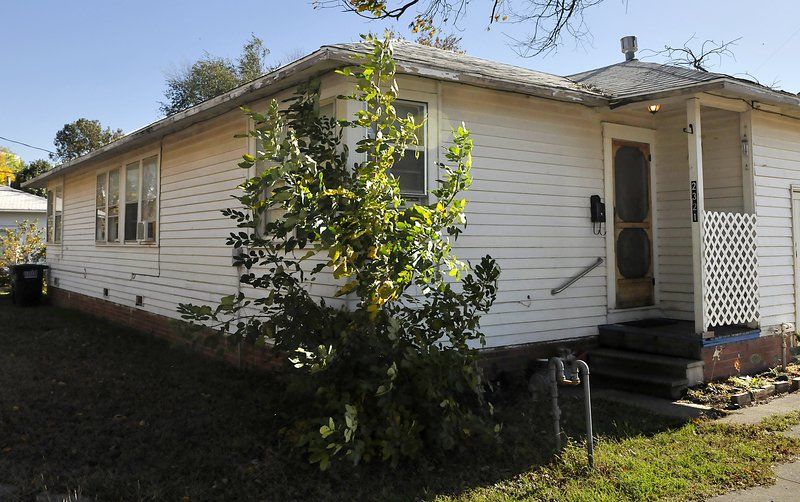 This property at 2317-2321 East Court is scheduled to be brought before the city commission for condemnation. 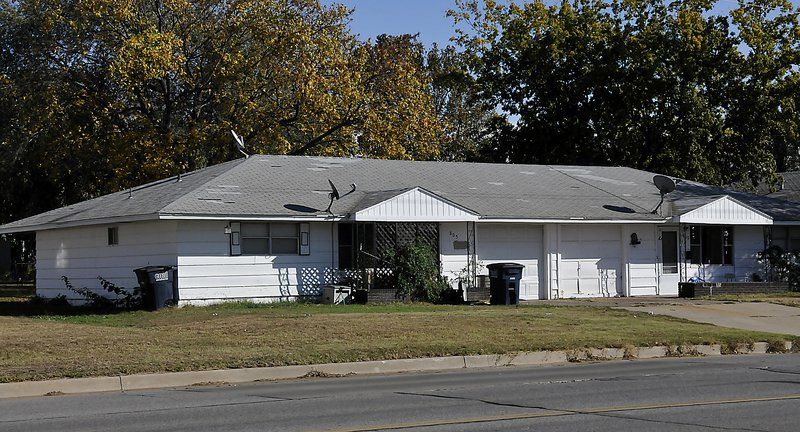 This property at 805-808 S. Cleveland is scheduled to be brought before the city commission for condemnation. (Billy Hefton / Enid News & Eagle)

This property at 2317-2321 East Court is scheduled to be brought before the city commission for condemnation.

This property at 805-808 S. Cleveland is scheduled to be brought before the city commission for condemnation. (Billy Hefton / Enid News & Eagle)

ENID, Okla. — The city of Enid will consider sales contracts of two properties at a commission meeting Nov. 17.

City of Enid spokesman Steve Kime said contracts for both properties, which he believes are duplexes, at 2317 and 2321 E. Court and 805 and 809 S. Cleveland, will be brought before the commission. The properties are part of the Lahoma Courts properties.

City Manager Jerald Gilbert said the city still is in negotiations regarding another property but he did not name an address, and Garfield County court records show a petition for condemnation was filed on another property, 2301 and 2305 E. Court. Neither of these properties are on the agenda to be considered during the commission meeting.

A court petition is filed when a condemning authorities are unable to negotiate a sale of a property. On Wednesday, Kime said proceedings had not been initiated.

The petition was filed Sept. 20, and the property is owned by longtime city employees Melvin and Sonya Key.

Kime said at the time Wednesday he did not know of any proceedings and was not trying to prevent information from being disseminated. On Thursday, Kime said he failed to speak with the city's legal department about the condemnations and he did not know about the petition filed Sept. 20.

According to the city of Enid staff directory, Sonya Key is human resources director for the city and Melvin Key is the city's roadway maintenance and stormwater supervisor.

Five objections were raised during an entry of appearance filed Oct. 9, on behalf of Melvin and Sonya Key, in regard to the petition. The objections include the exercise of eminent domain in the case not being necessary, not being a lawful public purpose and being a violation of the defendant’s civil rights.

The city is working to acquire 23 properties in the Lahoma Courts addition.

On Oct. 14, Enid City Commission awarded a demolition contract for $99,315 to American Demolition to demolish 18 structures in the addition, with the possible addition of five structures. Structures owned by the city are set to be demolished, or moved, by Nov. 30.

Expenses for obtaining the properties, and preparing the complete parcel of land for development, will be recouped when the property is sold for an estimate of $3.07 million to Hunt Properties. The space is planned for retail development.

After investing approximately $3.2 million in acquiring properties at Cleveland and Garriott, a city of Enid agreement to sell the land to a developer has fallen through, and the final touches are being made on a contract with a different developer.

Articles/pictures in the Enid News & Eagle of the southeast corner of Garriott and Cleveland ("Courts") suggest development in process.

ENID, Okla. — A developer will discuss the Lahoma Courts property in an executive session with the Enid City Commission on Monday night, more …

"After several unsuccessful efforts with previous developers and an effort to work out a land swap with Westside Builders Inc., it has been determined to be in the best interest of the City to purchase the 25 properties from Westside Builders, Inc. at a cost of $2,116,800.00, or less than $85,000.00 per property." — City of Enid