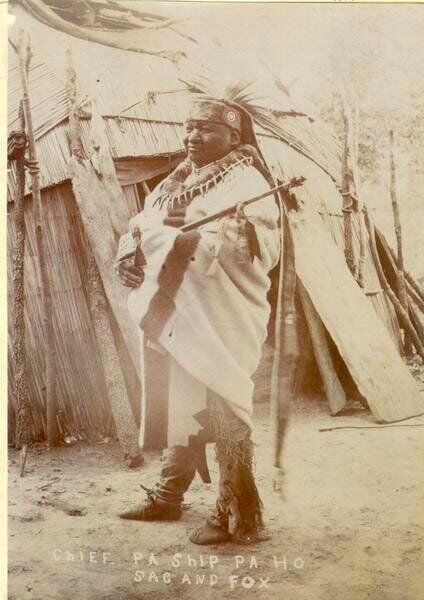 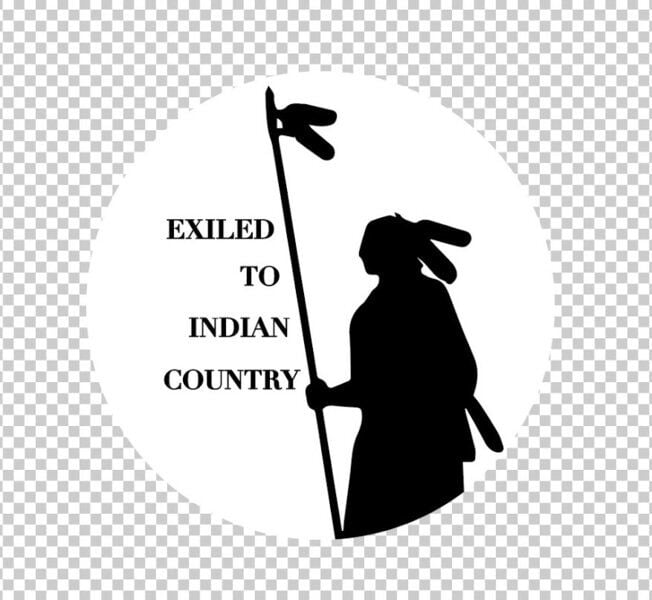 The Sauk (Sac) and Fox tribes originated from Saginaw Bay on Lake Huron in Michigan.

Although the tribes always have been closely associated and share similar cultural norms, it was an attack by the French that forced them to band together. In 1764 they fled to Illinois and settled in the town of Saukenuk, according to Timothy James McCollum in “The Encyclopedia of Oklahoma History and Culture.”

This prompted the U.S. government to formally conjoin the two with the treaty of St. Louis in 1804. President William H. Harrison requested a stretch of land from Wisconsin to Missouri between the Mississippi and Illinois Rivers in exchange for $2,200 and 20 annual payments of $1,000.

The Sauk leader Quashqume signed the treaty giving up their homelands, despite tribal objections that he was not authorized to do so.

The tribe splintered, with some headed to Missouri while others resisted the relocation. Those who left for Missouri soon were pushed into Kansas through a treaty in 1824, according to “History of the Tribe/Sac and Fox Nation of Missouri.”

Led by their war chief Black Hawk, those who were part of the resistance responded by attempting to return to their homelands. The U.S. government saw this as an act of war, sending soldiers to intervene and resulting in the Black Hawk War of 1832.

Following the capture of Black Hawk, the war came to a tragic end for the tribes as hundreds of unarmed travelers were massacred in the Battle of Bad Axe as they crossed the Mississippi River. Of the original 1,000 who fled, only 150 to 200 met their counterparts in their new place of refuge in Iowa.

Keokuk took over as chief. Known for his willingness to maintain peaceful relations with the U.S., Keokuk signed treaties in 1836, 1837 and 1842, giving away a total of 12 million acres of Sauk and Fox land. It was through the 1842 treaty that the two tribes ceded their remaining lands and again were forced to relocate, this time to modern-day Topeka, Kan., reconnecting with the others of their tribe.

Many tribal members were not happy with another relocation and returned to Iowa, where they eventually gained the legal right to buy back their land and created a reservation of their own known as the Meskwaki band of Sauk and Fox. Those who stayed behind formed the Nemaha band, according to Kathy Weiser-Alexander, editor of “Legends of America.”

One group sold its Kansas lands in 1869 to move to Indian territory in what is now Pottawatomie, Lincoln and Payne counties.

Today’s enrollment in the Stroud-based Sac and Fox Nation is about 5,000, with about 2,500 members living in Oklahoma.

GRAPEVINE, Texas - The memorial service that had been scheduled for Friday for Barla Casey has been canceled due to weather and travel conditions. The event will be rescheduled, according to family.

ENID [mdash] The services celebrating and honoring the life of James Berry, 77, of Enid, are pending under the direction of Brown-Cummings Funeral Home. Condolences may be made to the family online at WWW.Brown-Cummings.com