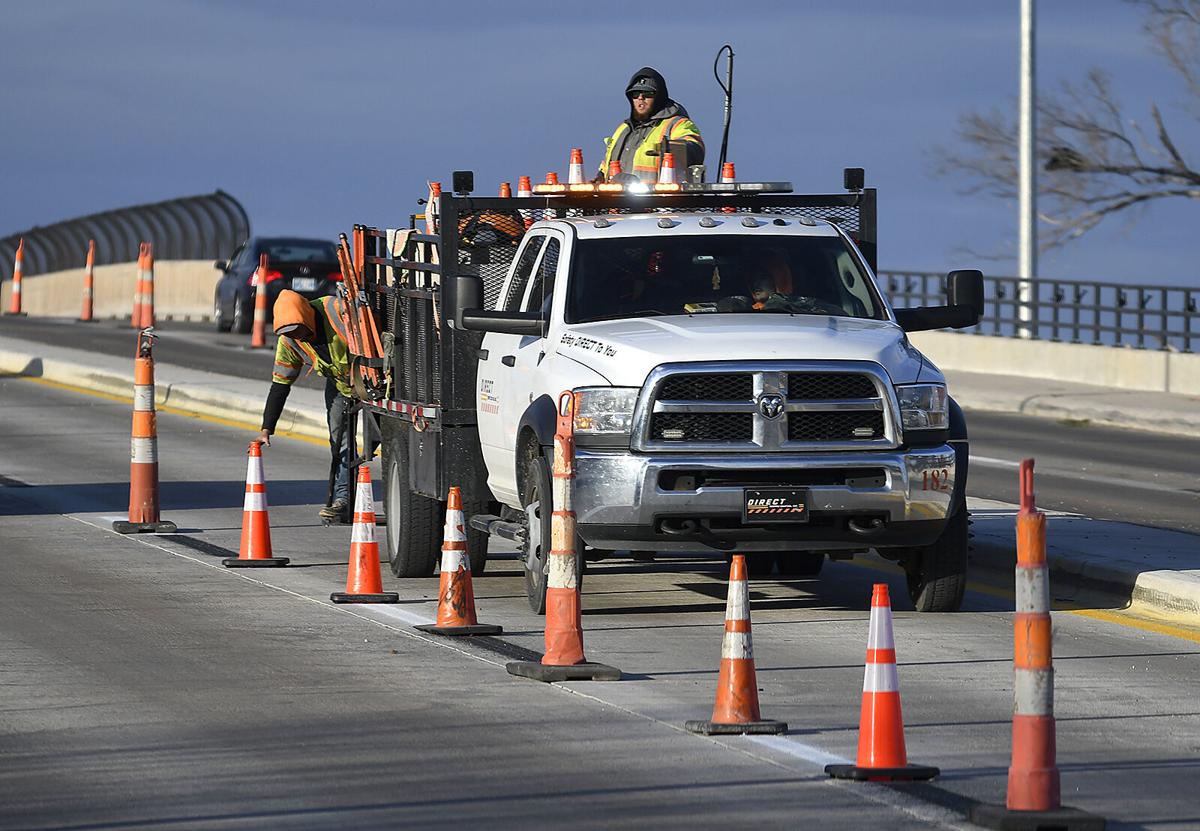 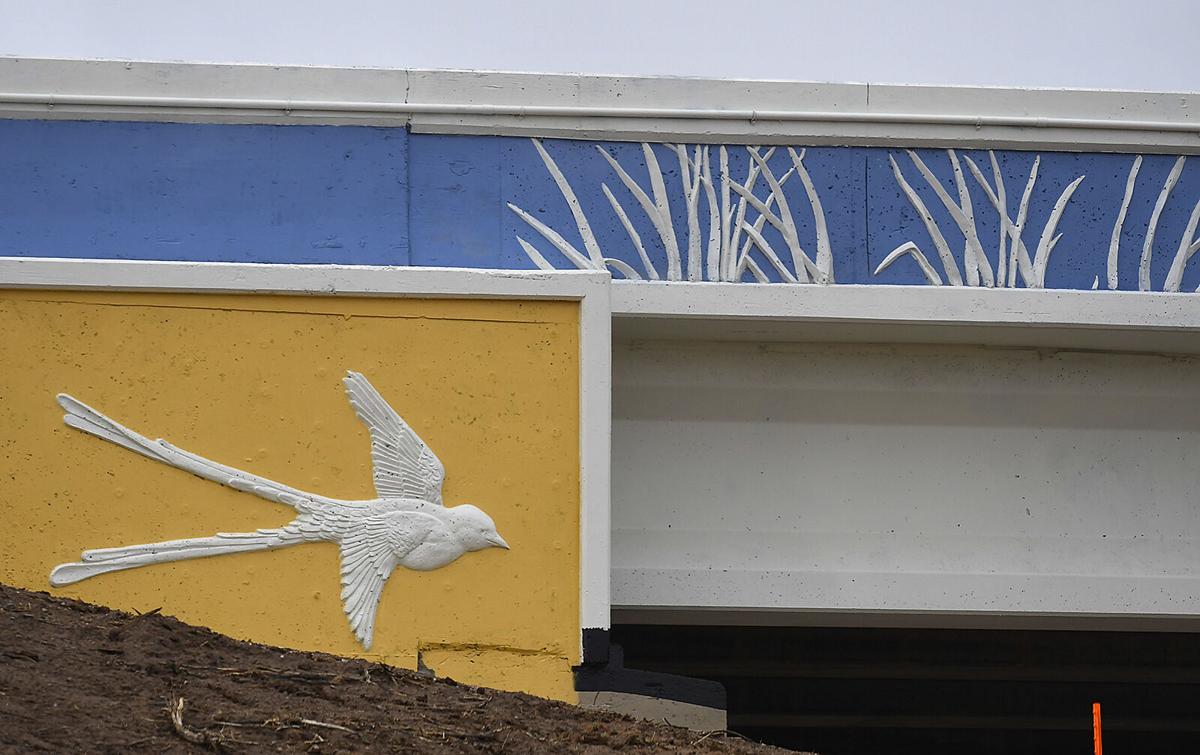 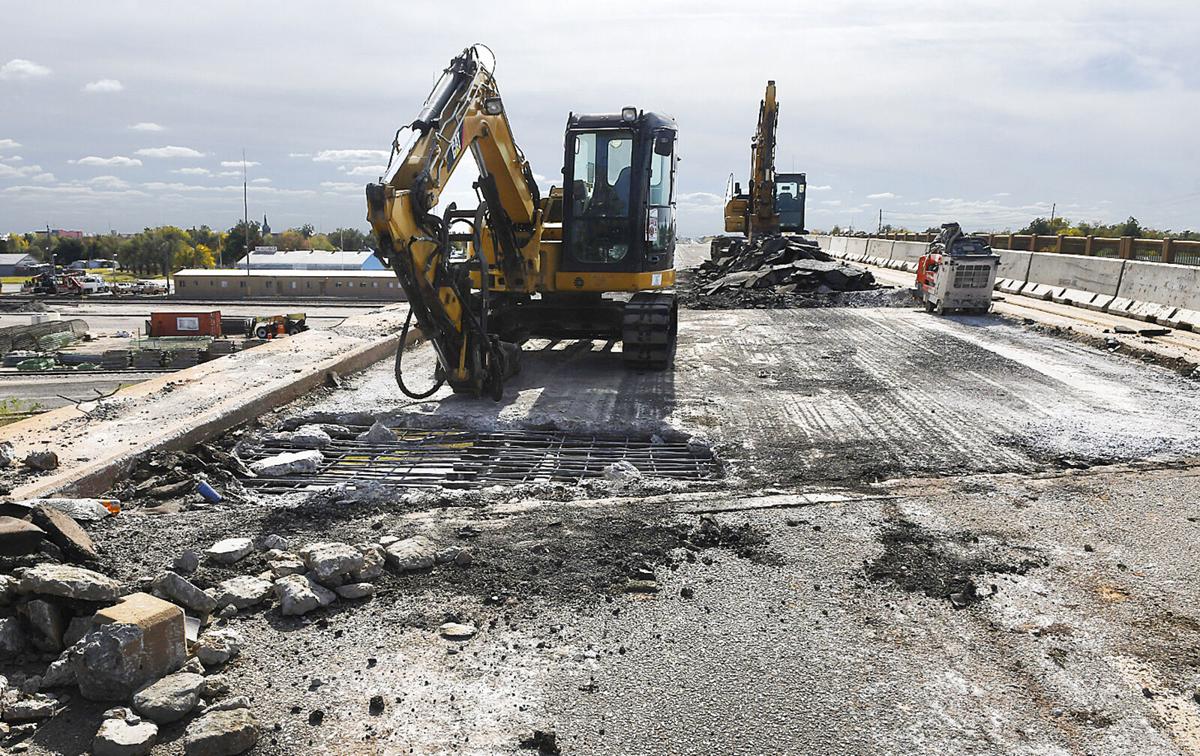 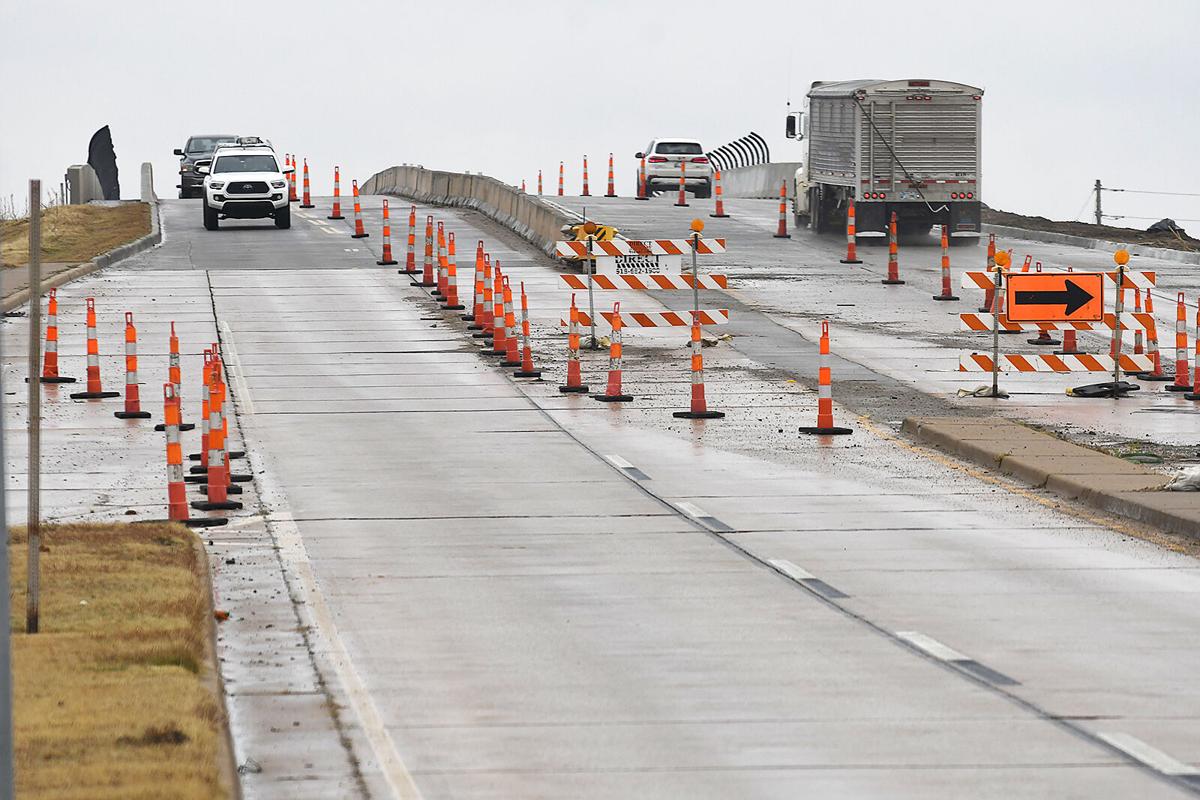 Traffic travels on the northbound and southbound lanes of the North Van Buren overpass in December 2020.

Traffic travels on the northbound and southbound lanes of the North Van Buren overpass in December 2020.

ENID, Okla. — A couple of major, long-lasting road construction projects quietly came to a near-finish over the weekend in Enid.

After months — and years — of roadwork in two high-traffic parts of town, both the North Van Buren overpass and the 200 block of West Maple now are fully open to traffic.

All four lanes on the Van Buren overpass are open, but City Manager Jerald Gilbert said Monday some lane painting still needs to be done and lights have to be turned on.

Oklahoma Department of Transportation manages the project, and Gilbert said he didn’t know the timeline, though that the work was close to completion.

ODOT began replacing the high-traffic bridge over the BNSF Railway tracks in fall 2018, and work then was estimated to last 18 months.

The middle lanes were at first closed and the outside lanes open before switching, and the exit lane rounding onto Chestnut also was closed during most of construction.

A $10.9 million contract was awarded in June 2018 to Bridges Inc. doing business as Scudder Bridge Co. of Newton, Kan.

About 14,600 vehicles daily travel the bridge — which span more than seven train tracks — on average, an ODOT spokesperson said at the time.

Gilbert said ODOT’s project manager, Matt Mitchell, had asked him Thursday about a dedication ceremony for the overpass, but nothing has been scheduled yet for the ribbon-cutting.

The roadwork on the Maple block downtown — between the two largest active business buildings in downtown, the northern Triangle Building and Independence Tower — began in June and was a complete rebuild.

Delays from weather and the COVID-19 pandemic frustrated nearby business owners, as did having to move a water line under the street.

A tunnel under the street between the two buildings further caused a delay, Gilbert said.

While the road also needs lane painting and sodding, all four lanes are open.

“I would say it was worth the wait, in my opinion,” Gilbert said. “It’s a nice concrete street that’ll last around 50 years.”