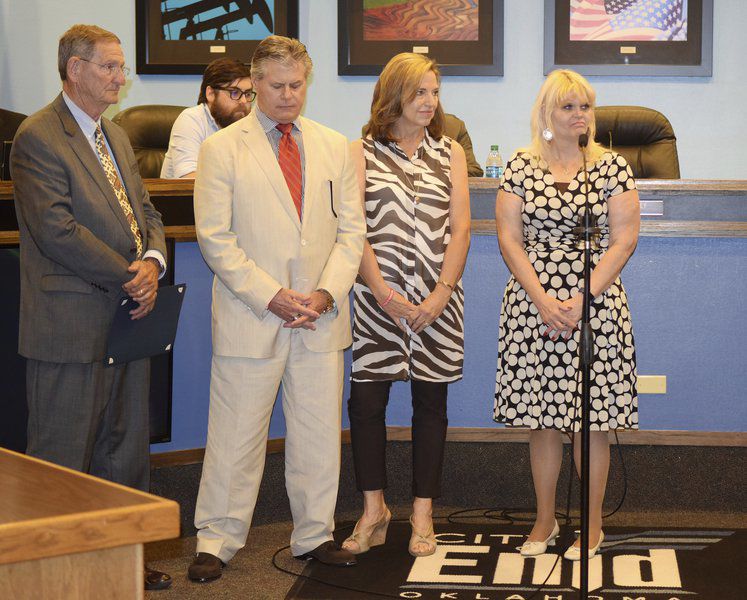 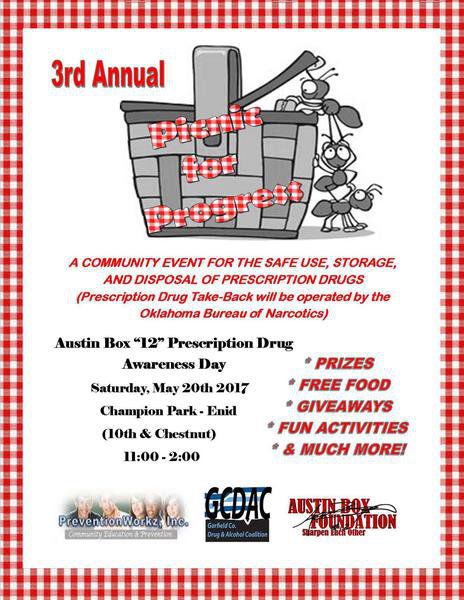 The 3rd annual Picnic for Progress is set for Saturday at Champion Park.

"We have had an event over the past three years to raise awareness surrounding prescription drug abuse and misuse, as well as the lifesaving intervention drug, Naloxone," said PreventionWorkz's Prevention Services Director and PFS Coordinator Dena Patterson-Kemp. "Each year, the Austin Box '12' Foundation has been an integral part of these efforts."

Patterson said 20 nonprofits and social agencies will be on hand for Saturday's event.

"We're going to have lots of free food and fun," she said.

"They have worked tirelessly raising awareness surrounding the epidemic of opioid overdoses throughout Oklahoma," Patterson-Kemp said of the Boxes. "It is a privilege and an honor to have the Box family in our community, knowing they are leading the way in awareness and education surrounding prescription drug abuse and misuse prevention.

"The Box family has taken aim at prescription drug abuse and misuse prevention initiatives to ensure their family's dark hour is another family's silver lining."

The use and abuse of prescription opioids continues to be a challenging and costly crisis for the U.S., according to a report from Castlight Health.

• 259 million opioid prescriptions were written in 2012, enough for every American adult to have their own bottle of pills.

"We want people to become aware of prescription drug abuse in our area," Patterson-Kemp said.