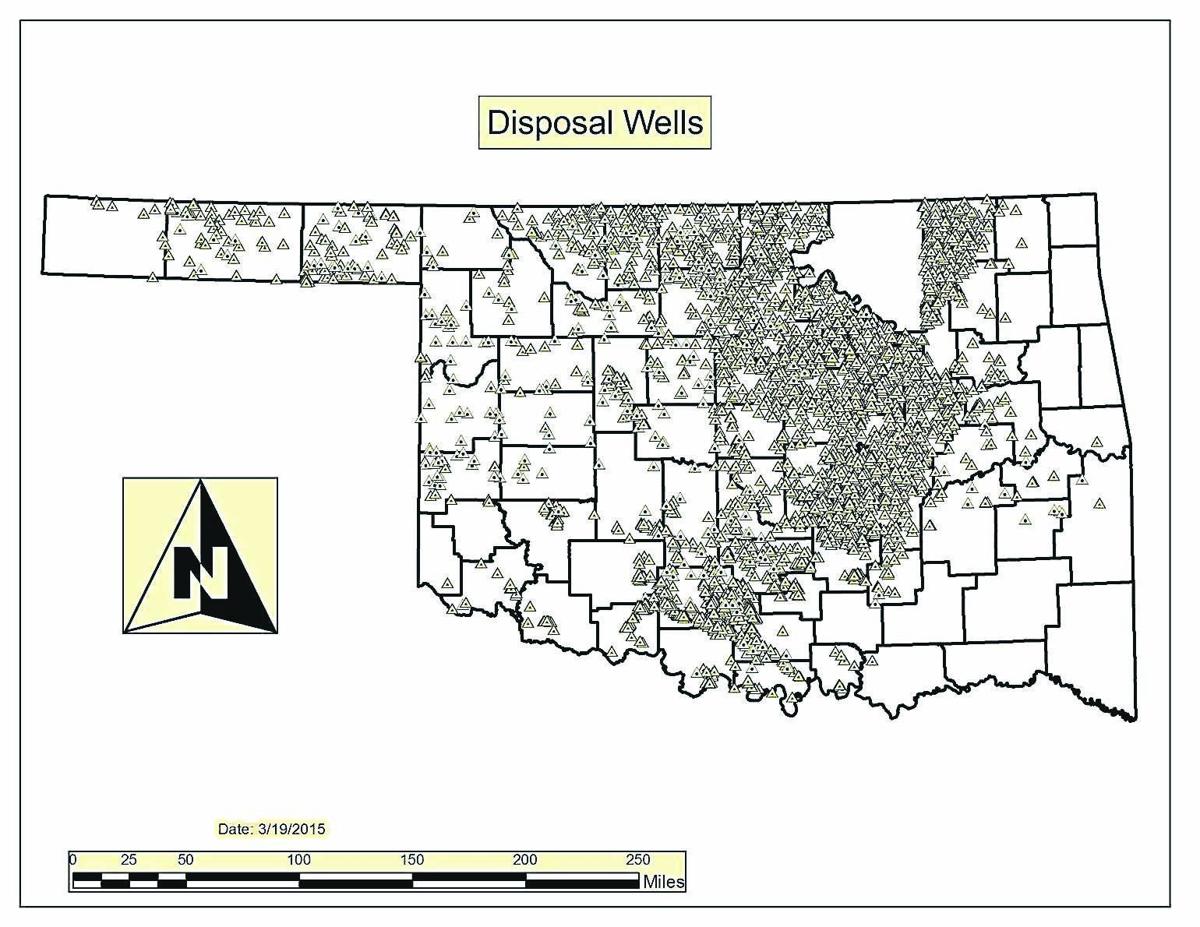 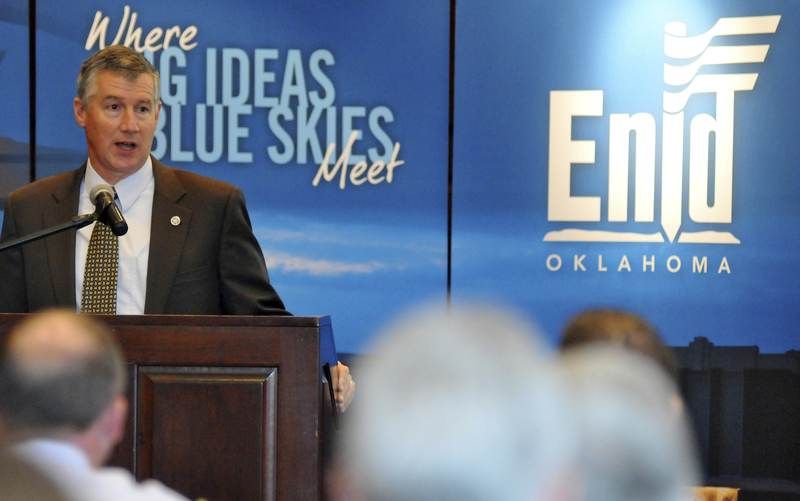 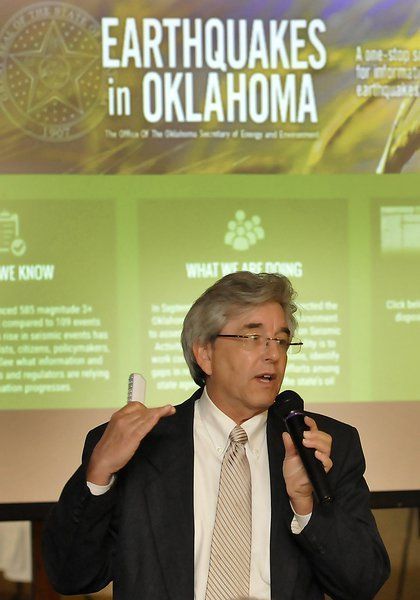 UPDATE: An official with Oklahoma Corporation Commission said Oklahoma received more than 2.4 million barrels of injection wastewater from other states in 2015.

It contains what she calls her “earthquake file” — every news story, press release and correspondence pertaining to Grant County’s increased seismicity.

“People outside of the state were paying more attention to the situation than people inside the state,” Bush said. “People said we were an experiment.”

Then Bush mentions Arkansas’ drilling moratorium. “Why can’t that be done in Oklahoma?”

In 2011, The Associated Press reported the Arkansas Oil and Gas Commission voted to ban disposal wells near Greenbriar in the Fayetteville Shale and issue a moratorium on new disposal wells.

Teague said Kansas was a better example of what to do.

Harper and Sumner counties in Kansas were experiencing temblors, he said.

“Kansas’ approach was they thought the issue was volumes,” he said. “We addressed depth and it didn’t fix the problem; Kansas was probably right.”

Both Harper and Sumner counties in Kansas have wastewater shipped from the area to other states, according to data provided by the Kansas Corporation Commission. Wastewater produced by oil and gas exploration in other states may not be injected back into its land of origin but shipped out of state to areas like Oklahoma, state officials said.

Oklahoma Corporation Com­mission spokesman Matt Skinner said Oklahoma is “pretty much an intake state” and a majority of out-of-state transfers come from Texas.

“There is no water going into Kansas, that we’re aware of, due to their volume intake, but it’s difficult for us to know,” Skinner said.

Kansas Corporation Commission Director Linda Berry said KCC requires operators to complete a form for wastewater transfers when the waste is taken off of the leased area. Berry did not say how much wastewater was transferred to Ok­­lahoma.

Oklahoma’s neighbor Arkansas ships most of its wastewater to Oklahoma, according the 2012 Arkansas Hydraulic Fracturing State Review.

AOGC spokesman Shane Khouri said Arkansas also keeps reports for when a producer transfers wastewater out of state. However, Khouri said, most companies recycle or reuse wastewater from drilling operations.

“Arkansas sent a lot less in the past few years that it did in 2008 or 2009, when we first started drilling in the Fayetteville Shale,” Khouri said.

Skinner said that is true — Arkansas does send less water to the state — but it still sends water.

When water is shipped to Oklahoma, companies than re-inject it in Oklahoma soil and formations.

The OCC may only track wastewater transfers from commercial well operators, not private wells. A private well means one that is owned by the operator who owns the oil and gas wells by which the water is produced, Skinner said.

The Environmental Protection Agency requires each state to have a program in place regarding wastewater transfers, Skinner said.

“We track it, it’s just a matter of manpower to look at the records,” he said.

Skinner said in 2009, when Arkansas was sending a significant amount of water to Oklahoma, the OCC tried to stop the situation.

“Years ago when we were concerned about the amount of water coming from Arkansas, and we didn’t have the manpower to keep up with it, the OCC general counsel at the time said it was a violation of interstate commerce, that was our understanding, to stop the transfers,” Skinner said. “That doesn’t mean you can’t restrict it.”

Statistically, Skinner said, the volumes being transferred from out-of-state are not causing Oklahoma’s earthquake issue.

“The water coming out of state is statistically a very small portion of the issue,” he said.

ENE Series: Who's At Fault?

Oklahoma is now the No. 1 earthquake area in the world, an Oklahoma Corporation Commission spokesman said Monday.

ENE ongoing investigation: Who's at fault?

KIOWA — The services celebrating and honoring the life of Helen Day, of Kiowa, Kansas, are pending under the direction of Brown-Cummings Funeral Home. Condolences may be shared online at www.Brown-Cummings.com.