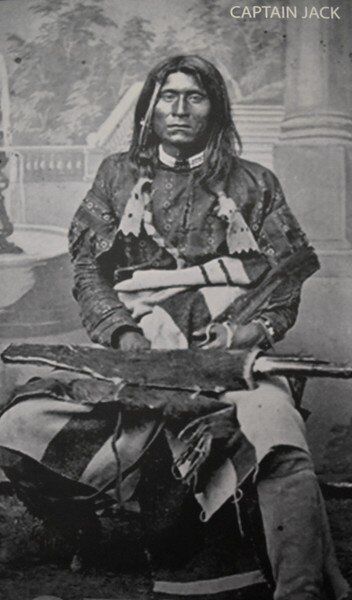 Captain Jack, a leader of the Modoc tribe, was born in 1837 near Tule Lake, Calif. His name in the Modoc language means “Strike the Water Brashly.” (Photo provided by Modoc Nation) 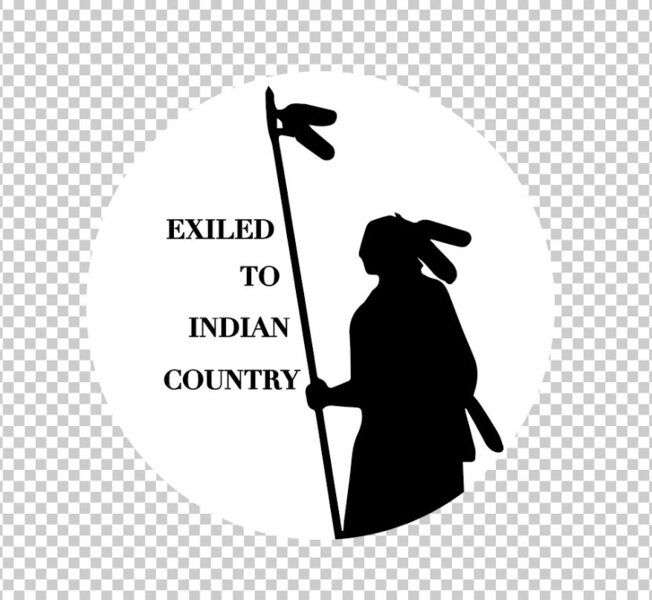 Captain Jack, a leader of the Modoc tribe, was born in 1837 near Tule Lake, Calif. His name in the Modoc language means “Strike the Water Brashly.” (Photo provided by Modoc Nation)

Editors note: This is the latest in a series of stories profiling the Native American tribes of Oklahoma.

The Modoc are few in numbers but not in might.

Well into the 19th century, home for the Modoc meant 5,000 square miles of Northern California and southern Oregon in the vicinity of Tule Lake, between the Cascade and Sierra Mountain ranges.

Patricia Scruggs Trolinger was the Modoc tribal historian from 1978-2003. She described the first California governor, Peter Burnett, calling for a “War of Extermination” in 1850 against the Modoc. He earmarked $500,000 from the legislature as reward money for each member killed.

Jack Shadwick, ambassador of the Modoc Nation, said scalps paid a commission of $25 to $50 each.

“The U.S. Congress … gave money to California to assist in the settlement and resolving these issues, which included killing Indians and a bounty on each one of their scalps they brought back,” Shadwick said.

In 1852, Benjamin Wright, a gold-mining settler from Indiana, capitalized by rounding up volunteers from Yreka, Calif., and meeting with the Modocs under a presumed white flag of peace. Rather, this became known as the Ben Wright Massacre. Thirty members of the tribe were slain. In fact, Wright killed 170 Modoc people in one year alone, Trolinger said. Consequently, a white flag to Modocs didn’t necessarily equal peace.

“Ben and his group went out and didn’t care if they were men, women, Indian children, or what Indian tribe,” Shadwick said.

The Oregon Trail passed through Modoc lands. The push west with the 1849 Gold Rush and construction of the transcontinental railroad produced immediate conflicts, resulting in the eventual Treaty of Council Grove in 1864. This called for government removal of the Modoc people to the Klamath reservation in Oregon.

The 1864 removal act was not ratified or signed by President Ulysses S. Grant until 1870. Shadwick explains the complication of moving in advance.

“So, you move the people, but the treaty isn’t ratified. So, you don’t really have any rights anymore. You’ve given up these rights and you’ve moved, but you don’t have the resources that follow that commitment. They were stuck there in Oregon, I guess you might say, and took the bullying (by the larger Klamath tribe) and the lack of the food supplies and the other necessities that were promised. When you lacked these for two years, it was time to move on to try something else, and so they did.”

Kintpuash, also known as Captain Jack, led about one-third of the tribe, 53 warriors and 150 people, back to Northern California where they reestablished a new village at Lost River.

“They left (the reservation) believing the treaty had been broken or at least the U.S. government hadn’t lived up to the treaty commitments. About two-thirds or more stayed at Klamath,” Shadwick said.

Upon ratification, the government pressed for a Modoc return to the Klamath reservation, “to bring them back and if necessary, by force,” Shadwick said. The Battle of Lost River ensued in November 1872, launching the Modoc War, also known as the Lava Beds War.

By April 1873, led by Gen. Edward Canby, the U.S. Army met with Captain Jack and his warriors under another “white flag of peace.” During the peace negotiation with Canby, “The (Modoc) party had actually put up a flag upside down, which was one of distress,” Shadwick said. Captain Jack reiterated his request for a reservation on Modoc lands, which was rejected.

A journalist in November 1873 described more taking place behind the scenes:

“At the very time Canby was negotiating a flag of truce, he was actually bringing his men into position, violating one of the best-known rules of honorable warfare, that pushing military options under a flag of truce should not happen.”

Captain Jack fired a shot, killing Canby, the only American general killed in an Indian war. The Lava Beds War continued, costing the U.S. more than $1 million by its conclusion. Fifty-three Modoc warriors withstood more than 1,000 soldiers for seven months, losing only six men. The caverns, natural trenches and high grounds of the Lava Beds proved a strategic stronghold for the Modoc.

In response to the outbreak, Gen. William Tecumseh Sherman called for the murder of “every Modoc man, woman, boy and girl, until they ceased to exist,” Trolinger said.

“Everything we have (historical records) says, yes, he made that statement,” Shadwick said.

Eventually, the U.S. Army cut off the water supply and flushed out the warriors from their hiding places. Captain Jack and his men surrendered due to lack of ammunition and food by June 1873. He and five leaders were tried by military tribunal. Gallows and scaffolding were constructed in advance for the six, foreshadowing the inevitable — guilty of war crimes. Captain Jack, Schonchin John, Black Jim and Boston Charley were hanged. The Bancho and Sioux sentences were commuted to imprisonment on Alcatraz Island. Shadwick said the heads of the hanged were shipped to the Smithsonian Institute in Washington, D.C.

One hundred fixty-three prisoners of war began the Modoc Nation in Oklahoma. They were loaded onto the “Iron Horse” in Redding, Calif. Shadwick describes them as being shipped like freight, many shackled to the floor, in box cars of the train. They weren’t told their ultimate destination for fear of revolt. They stopped in Wyoming, then northern Kansas, then Baxter Springs in southeast Kansas. The prisoners arrived cold, hungry and destitute in Northeast Oklahoma by wagon in November 1873 to live under the governmental Quapaw Agency.

“The Quapaw reservation had been proposed for funding to provide shelter and food, but it didn’t exist. It wasn’t there,” Shadwick said. After two forced removals, even poorer conditions were the result.

The same journalist concluded the following in his November 1873 piece:

“An Indian knows how to die. He fights for his freedom and his home while there is the slightest hope, then he gives up and awaits the action of his executioner. There are those who regard the Indian as being all bad, without redeeming qualities. We judge them differently and believe that proper or fair treatment would secure the same from them. At any rate, the Indian is human. God made him and he once had rights in this country. How happens that he has lost them? Will our boasted civilization please answer this?”

“I think in some ways they were probably a very gentle tribe but once they were pushed, like many of us, past the breaking point, then they did whatever they felt like they should do in order to survive at all.”

Today, the Modoc Nation has 300 members, with more than 100 in Oklahoma. Their sense of connection spans the miles to Oregon and 20 other states. The offices of Chief Bill Follis are located in Miami, where he oversees strategic revitalization efforts of language, culture and economic growth.

Gaylord News is a reporting project at the University of Oklahoma Gaylord College of Journalism and Mass Communication.

The homegoing service celebrating and honoring the life of Wilbur Lavon Pitts, 66, of Enid, are pending under the direction of Brown-Cummings Funeral Home. Condolences and special memories may be shared with the family online at www.Brown-Cummings.com.

The services celebrating and honoring the life of Ted Hromas, of Waukomis, will be 10 a.m. tomorrow in the Waukomis Christian Church. Services are under the direction of Brown-Cummings Funeral home. Condolences may be shared online at www.Brown-Cummings.com.