The board returned from executive session at 1:31 a.m. Wednesday at the Administrative Services Center and voted unanimously to adopt findings of fact presented in the termination hearing before voting to fire Mike Dods, the former campus police chief.

Administrators attempted to coerce Dods by making threats and taking punitive actions against him, the OEA states in the claim.

Several alleged incidents involving students, administrators and Dods are recounted in the OEA document, spanning from May to as recently as Oct. 19.

Among the multiple claims leveled against EPS administration are demotion without due process, termination in retaliation for reporting violent student conduct and damages to reputation.

It appeared in early November that Dods and EPS reached an agreement, allowing Dods to remain a campus police officer. However, the EPS board voted unanimously to reject the agreement.

The board said it rejected the agreement, in part, to ensure a public hearing regarding Dods' employment, and the Oklahoma Education Association allegations, would be held.

The special meeting is ongoing at press time. 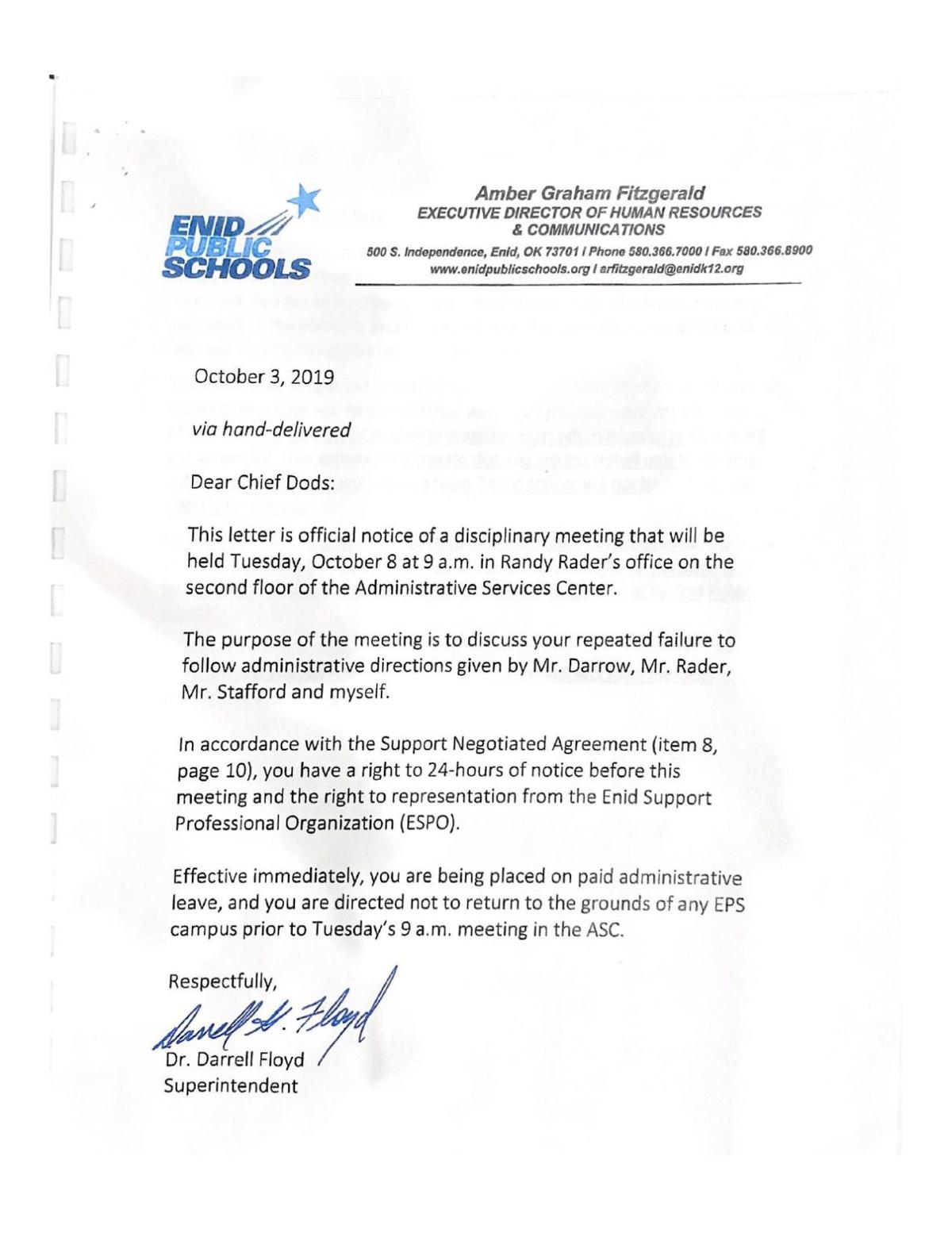 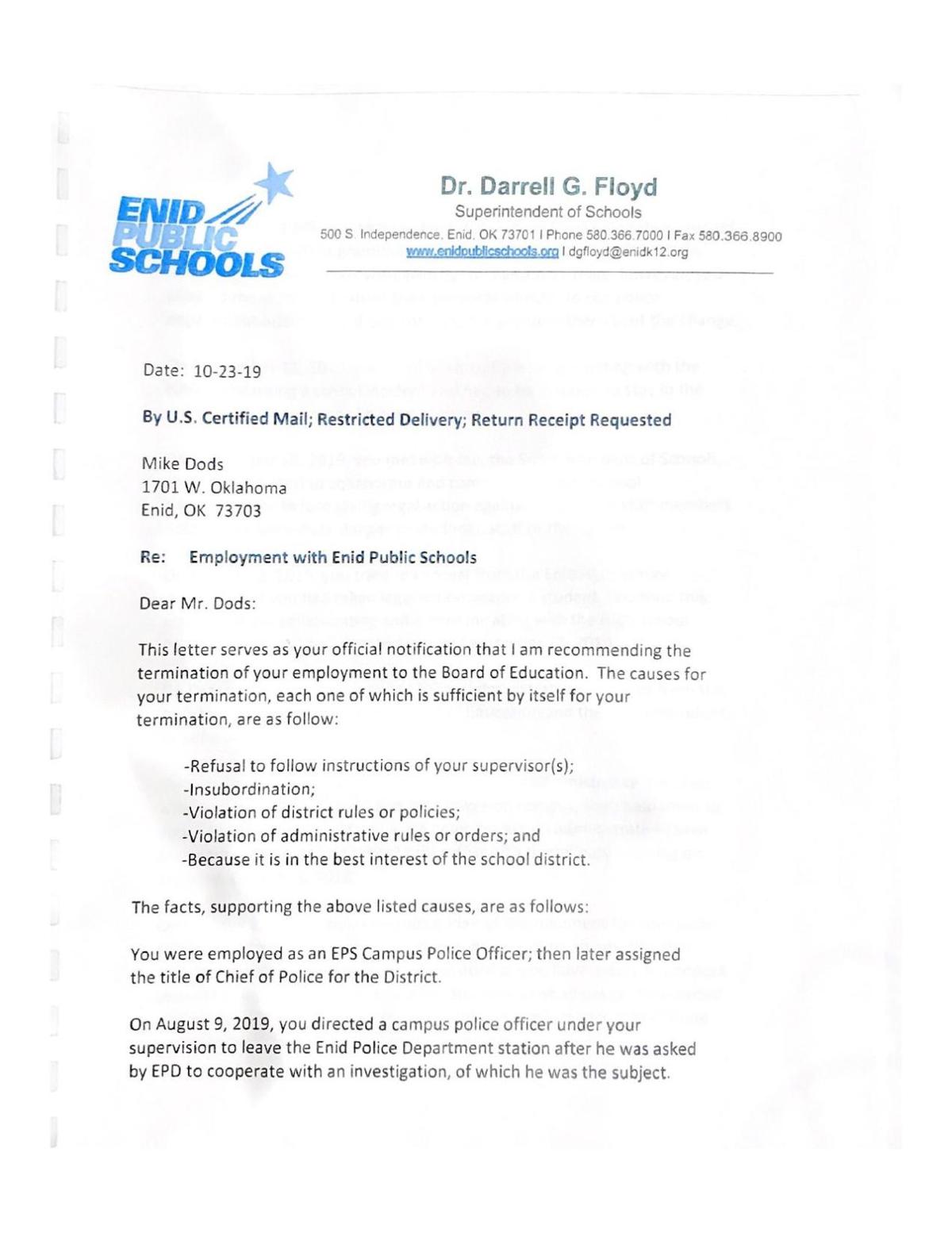 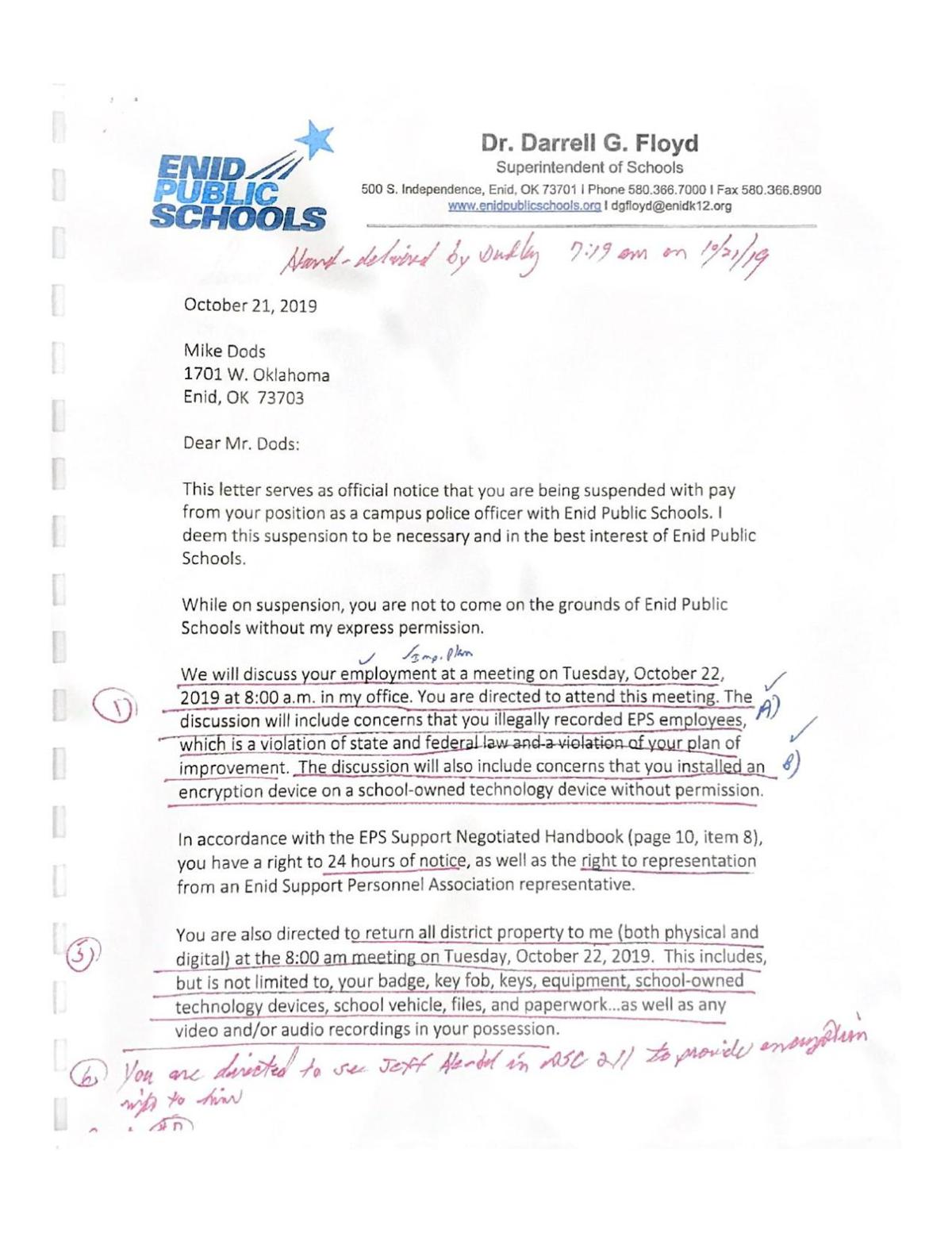 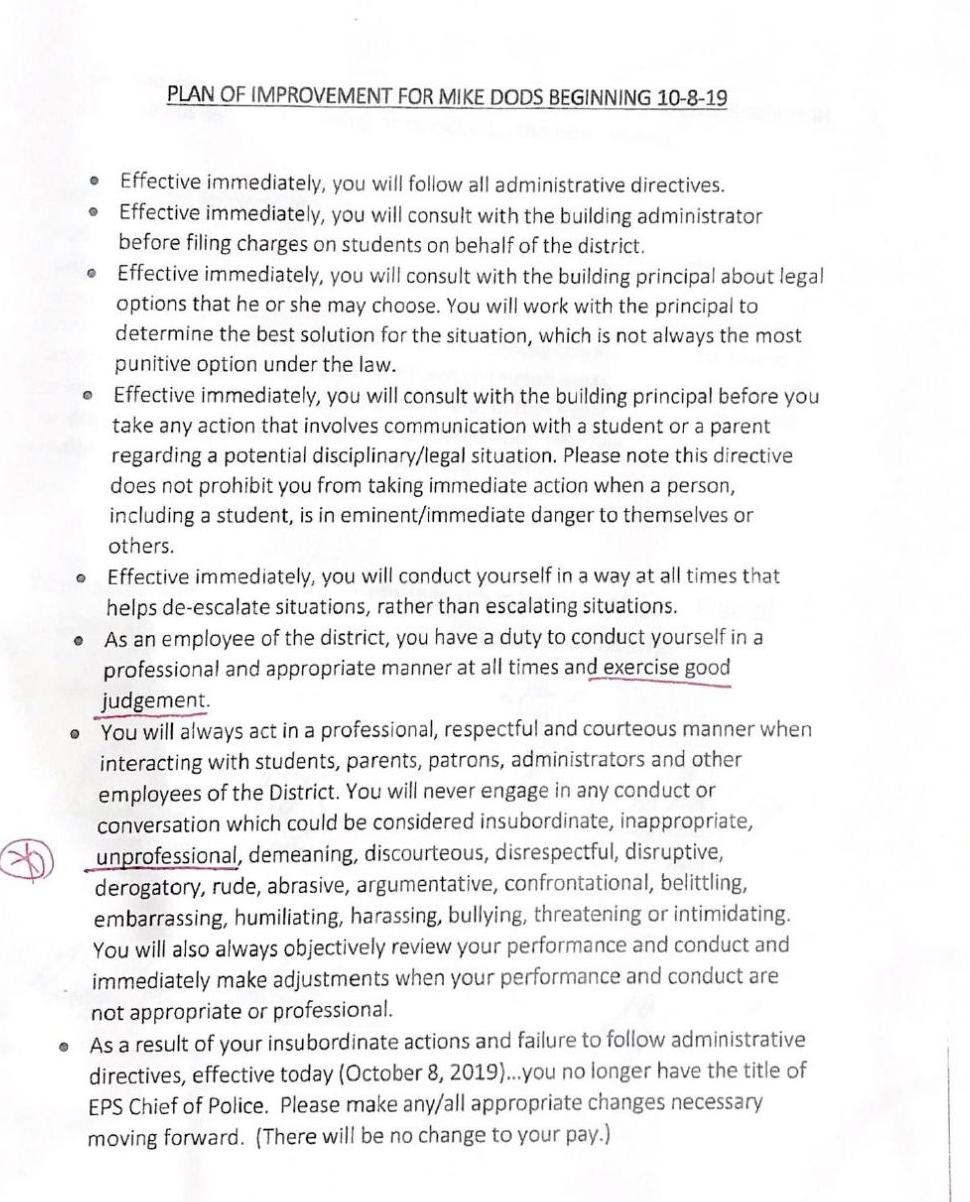 PDF documents were released by the Enid Public Schools.

Following a marathon termination hearing before Enid Public Schools Board of Education last December, Michael Dods' attorney Heath Merchen released a statement reading in part, "Those in power will see this as an end to the issue ... to the contrary, it is just beginning."