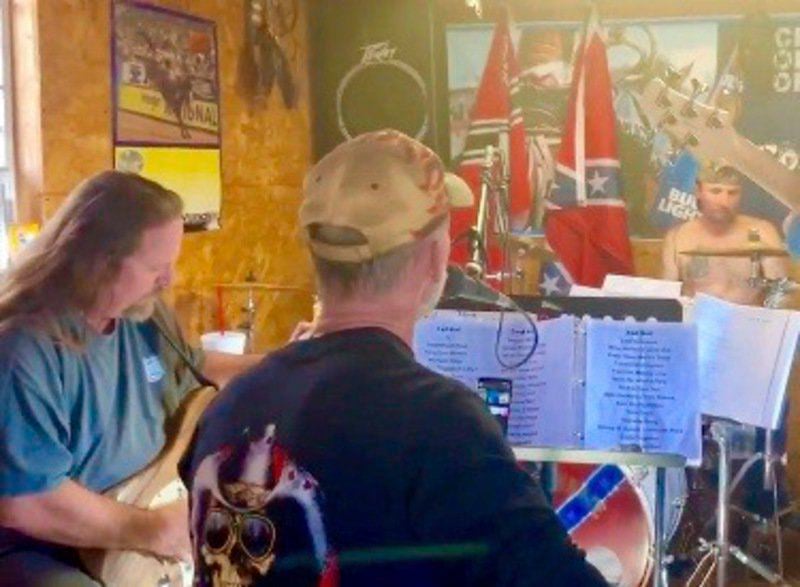 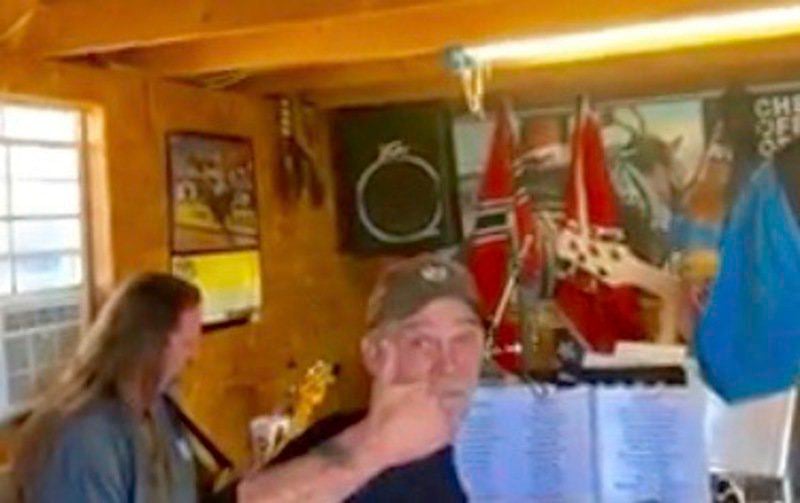 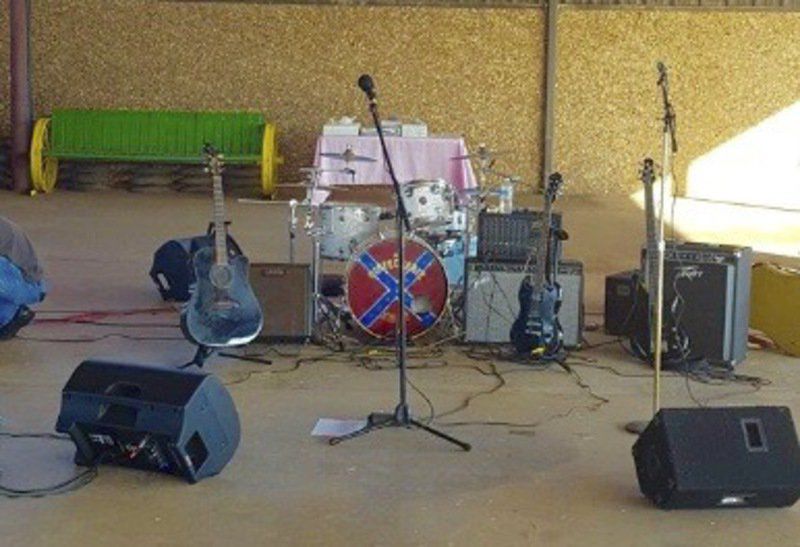 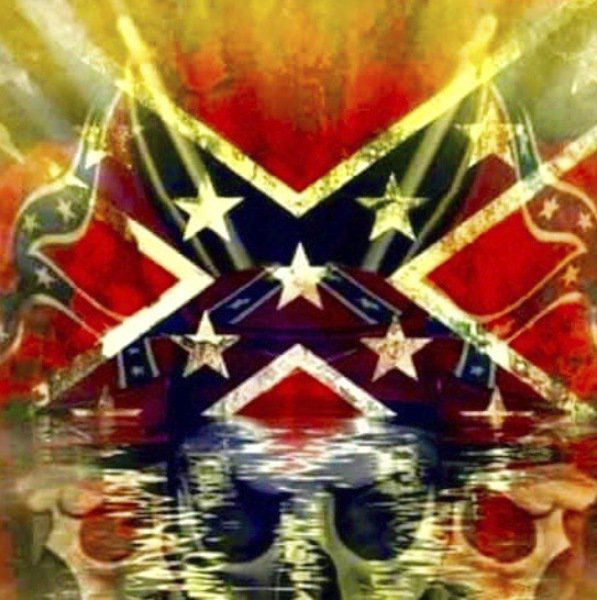 FAIRVIEW, Okla. — A candidate for public office in Major County has planned a private event featuring a band tied to Nazi and Confederate symbols, after the city of Fairview barred the group from performing at an Independence Day celebration.

Ryan Wahl, who is running for Major County commissioner District 2 against incumbent Kent Schlotthauer, said he planned the private event for Friday with the band The Confederate Knotz, after pictures surfaced of the band practicing in front of Nazi and Confederate flags.

Fairview City Manager Jerry Eubanks said the band was under consideration to play at the event, because they had offered to play for free. But, when a resident brought in a picture of the band playing with a Nazi flag in the background, he said it was an easy and quick decision.

"We as a community do not need that in our community," Eubanks said. "Right then, I made the decision they will not be playing."

Shortly after that decision was made, Wahl took to Facebook to denounce the city council, and plan his own event with The Confederate Knotz.

"I have a big problem with the city council eliminating one of our local bands from play at the 4th of July festival due to their band name and their graphics," Wahl wrote on Facebook. "All 4 band members are outstanding citizens of this community. Good friends of mine, and good people. But due to this politically correct society we live in now, nobody will hear them play on Independence Day. How ironic."

In a telephone interview with the News & Eagle, Wahl said he was aware of the Nazi flag, and does not agree with Nazism, but said he was willing to overlook the flag because "the band members are all friends of mine."

"I like them as a band," Wahl said. "They're good friends of mine, I like the music they play, and that's that."

Wahl said he had no problem with the band's Confederate symbology, which appears in their performances on instruments and in the band's name.

If the more-than 100 comments on his two posts about the matter are any indicator, there are many in the Fairview community who agree with Wahl's take on Nazi and Confederate symbols.

One thanked him for his "great character" for sticking up for the band. Numerous posts thanked him for opposing "political correctness" and one said simply "Trump 2020 and Confederate Knotz."

Many of the comments took aim at the city council for barring The Confederate Knotz from playing, describing them as "political puppets," "cowardly" and succumbing to pressure from "race-baiting." One denounced Black Lives Matter as a "hate group."

If The Confederate Knotz perform at Wahl's private event, it will not be their first appearance in Northwest Oklahoma. Their Facebook page lists numerous appearances at bars in Fairview, El Reno and Enid, at Major County Historical Society, and for weddings and family reunions.

They've even played public events in the past for Fairview Chamber of Commerce, according to the chamber's previous executive director.

Micky Flynn, president Fairview Chamber of Commerce board, said he had no recollection of The Confederate Knotz playing chamber events in the past, "and if it was something for the chamber, I was not aware of it."

But, Meg Schoneberg, who was executive director of the chamber until the board eliminated her position on June 15, said The Confederate Knotz had played several prior chamber events. Her assertion was supported by several other sources who said the band had played at least one other Independence Day festival, along with photos of the band staging for an event at Major County Historical Society.

Schoneberg said she raised concerns over the Confederate symbology when the band was selected to play the 2018 Independence Day event, but said she didn't look further into the band's background. The band was allowed to perform.

It wasn't until Schoneberg's friend, Justin Patterson, found the Nazi flag pictures on the band's Facebook page that Schoneberg said she realized the band's ties to Nazi symbology. She said she wished she'd dug deeper into the band earlier and had seen their Nazi symbols.

"I was embarrassed that I hadn't done my research," Schoneberg said, "because I had made a case against this band on multiple occasions, and if I had gotten online, I would have seen their videos. It's just not what I want for this town."

Schoneberg said she wanted to take responsibility for overlooking the band's use of Nazi symbols, because she wanted to raise the community's awareness.

"You can make a mistake, you can fail to do your due diligence, but you can admit it, and you can make things right," Schoneberg said. "I didn't fight hard enough and I didn't do enough research. I care about making Fairview inclusive, and I fell down on that job."

Patterson said he ended up researching the name and symbols used by The Confederate Knotz after he agreed to help a group of youth advocating for racial and social justice in the community.

The youth held a march in Fairview on June 6, and afterward Patterson said he realized he'd "been too quiet" about racial injustice and hate over the years.

In a small community like Fairview, Patterson said most people are afraid to speak out because of fears they'll be ostracized, or it will hurt their business. And, when he first discovered the photos of The Confederate Knotz and their Nazi flag, he said he too was hesitant to say anything.

"We were aware of it, but we were afraid to speak out," Patterson said.

After the march on June 6, Patterson said he was forwarded multiple messages from opponents of the march, saying they knew where he and his wife and children live. One included repeated use of racial slurs to refer to his children, who are biracial.

Now, Patterson is reminding his children to stay away from windows in their home, and to sleep with their beds against a brick wall, instead of near the windows, out of fear someone will retaliate for him bringing up the issue of the band's Nazi symbology.

In a town known for being patriotic, Patterson said it's ironic he has to fear for his children's safety because of support for a band that flies a Nazi flag.

"People in this town claim to be patriotic, but they'll demonize Colin Kaepernick for protesting peacefully, and then they'll turn around and be quick to defend these guys and say they're good guys," Patterson said. "They're choosing to side with people who fly the Nazi flag."

Eubanks said the incident has shown him he has to be more aware of underlying or subtle messages of racism and hate — and he hopes others will do the same.

"We have to wake up and see some of these things that have been there, and maybe we didn't recognize them," Eubanks said.

Schoneberg said it's going to take more members of the community to look within, and to speak up, to make Fairview a more inclusive place to live.

"If Fairview is going to make progress, a lot of us are going to have to admit where we didn't do enough," she said, "because we were comfortable with the status quo, or we were afraid to make waves."