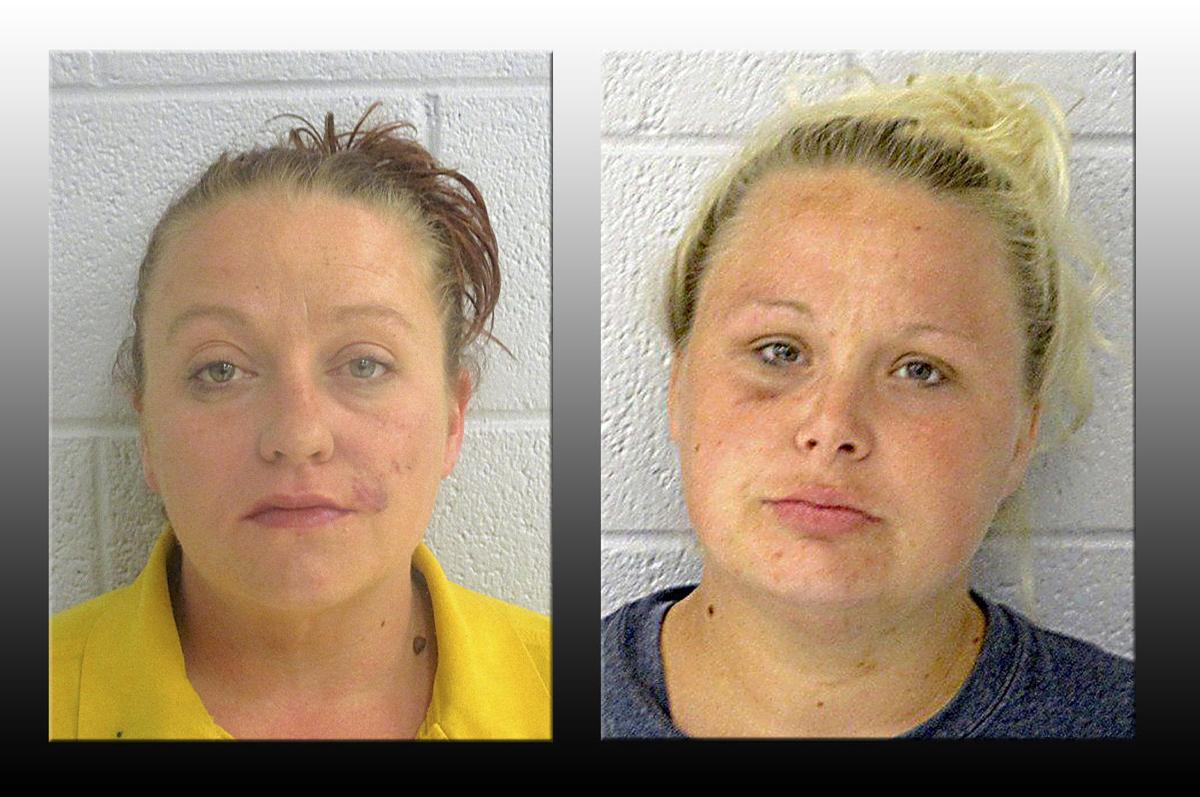 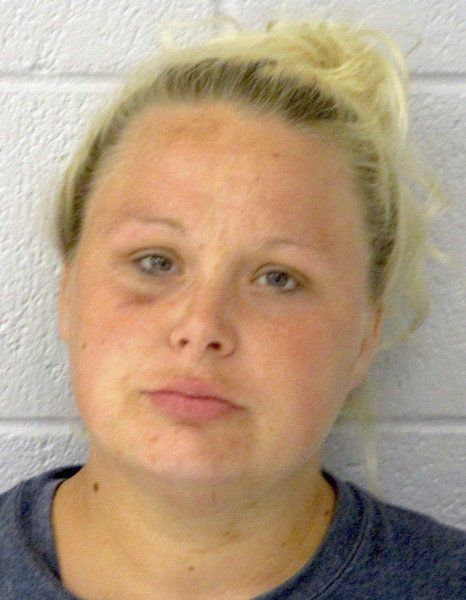 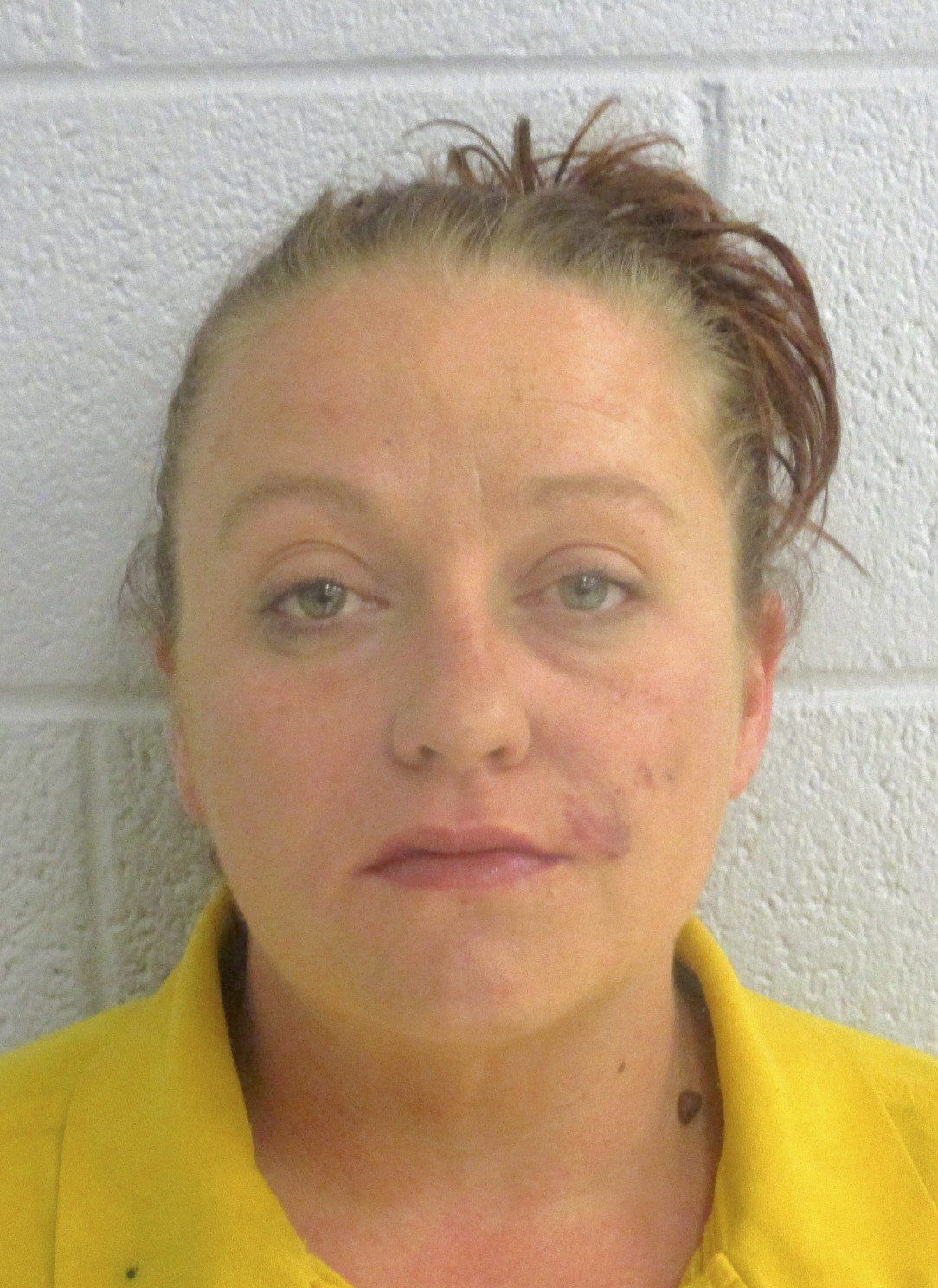 Amanda Kaye Breeze, 29, of Bison, and Richelle Lee Yost, 36, of El Reno, both were charged in Garfield County District Court last week in connection to the Sept. 14 incident.

Breeze is accused of hitting the motorcycle of her boyfriend, who is the estranged husband of Yost, according to an affidavit filed in the case. Yost witnessed the crash and then struck Breeze's vehicle head-on while driving her estranged husband's minivan.

Breeze was charged with three felony counts of domestic assault and battery with a dangerous weapon, or in the alternative misdemeanor reckless driving.

According to an affidavit filed in the case by OHP Trooper Jason Burch, about 2:30 p.m. Sept. 14 Burch was sent to a three-vehicle collision with injury at U.S. 81 and Lucien Road.

Burch spoke with Breeze and asked her what happened. Breeze said she, Yost and Yost's estranged husband were all having an affair together, according to the affidavit. She said Yost's husband left her sometime in June and lived with her since at an apartment in Waukomis.

Breeze said earlier in the day she and Yost's husband got into an argument over toilet paper, laundry and dishes. She said he had enough and decided to break up with her and attempt to reconcile with his wife, according to the affidavit. Breeze said he packed his things into his Caravan, and she warned him if he carried another bag he was never coming back. Breeze said the man said he was done.

Breeze said she got angry and began throwing the man's belongings out, according to the affidavit. Breeze said he put all his things in the minivan, drove it to the convenience store on U.S. 81 and parked it there.

Breeze said he walked back to the apartment and got his Harley-Davidson and rode it to his wife's house in El Reno, according to the affidavit. He asked Yost for help driving the minivan back to El Reno. The two rode to Waukomis and Yost drove the Caravan.

The witness said she looked at Breeze as she passed and said Breeze looked like "a mad man hands at 10 and 2 leaned forward like she was locked onto something," according to the affidavit.

Yost's husband said he saw Breeze coming so he moved to the slow lane and Breeze passed him, according to the affidavit. He said Breeze then changed lanes in front of him and hard braked. The witness said it looked like a deliberate attempt to crash the motorcycle.

The man said he intended to turn at Lucien Road, but Breeze swerved across the lane and hit the motorcycle with her vehicle's front bumper, causing the man to lose control and roll the motorcycle a quarter of a time, according to the affidavit. Breeze stopped in the left turn lane at the median, and the witness stopped behind Breeze to check on the husband.

The man complained of hip and leg pain, was bleeding from the head and had visible abrasions, according to the affidavit. The man told the witness he saw his wife and that she was turning around to come back.

The witness called 911 and saw Yost driving back, cross the turn of the median and collide with the Durango head on less than 4 feet from where she was standing, according to the affidavit. She said Yost got out of the van and confronted Breeze.

Yost and Breeze got into a fight, with Yost slamming Breeze's head into the asphalt several times, according to the affidavit. An unnamed motorist stopped and broke up the fight. The witness said Breeze went to the Durango, got her about 2-month-old child, and then troopers arrived. The husband was transported from the scene by Life EMS to Integris Bass Baptist Health Center and was treated and later released.

Breeze told Burch she did not mean to hit the man, according to the affidavit.

"The evidence and the statement of witness ... do not support Breeze's assertions of accident," Burch wrote in the affidavit. "Evidence on scene supports the malicious intent of someone who was trying to use a motor vehicle to inflict bodily harm as a weapon. (Breeze's) own words were that the three parties were sexually or romantically entangled."

Burch also spoke with Yost. She said she saw the Durango hit her husband, she went south, turned around and came back and hit Breeze's vehicle, according to the affidavit. Yost said she did not know Breeze had her child in the vehicle at the time of the collision.

Yost and Breeze were arraigned on their charges Thursday. Each posted $50,000 bond and received an order to return to court Oct. 28 for bond appearances.

ENID - Service for Winston E. Guthrie, 78, of Enid will be 10 am Monday at the Ladusau-Evans Chapel with Rev. James Edmison officiating. Cremation and services are under the direction of Ladusau-Eavns Funeral Home