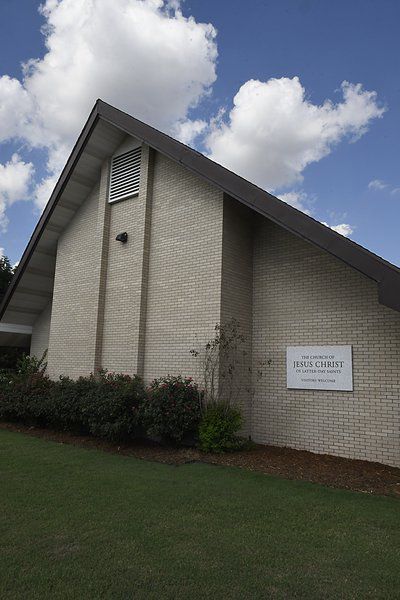 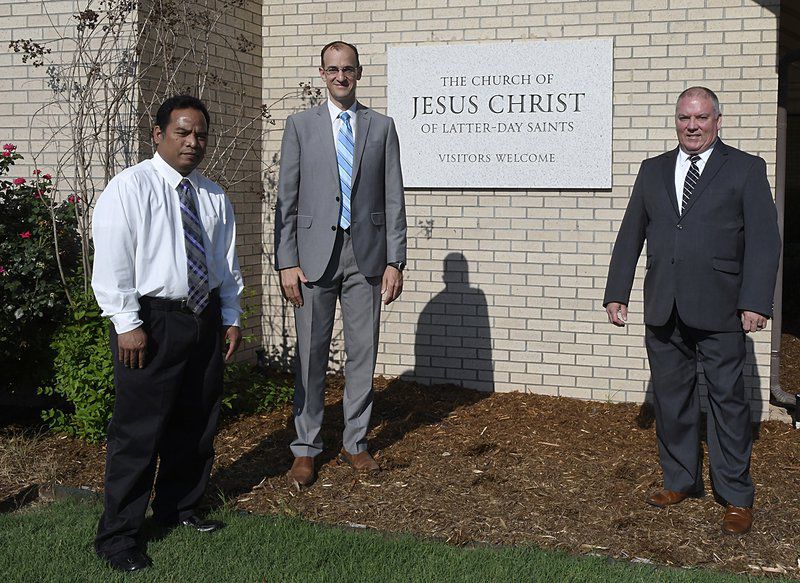 The local congregation of the Church of Jesus Christ of Latter-day Saints (LDS) recently split into two groups, with separate worship times, to accommodate increased membership.

Bishop Ryan Redd said the local LDS congregation had been close for several years to the size needed to split into separate wards — a group of about 150 to 500 members — but had never been able to maintain sufficient numbers to justify the split.

This year, that threshold was surpassed, Redd said, due to 26 baptisms of new members and a large number of new members moving in from other Mormon wards.

“That was maybe the highest number of baptisms we’ve ever had,” Redd said, “but our growth is probably equal numbers of people moving in and people being baptized.”

With the new membership levels the local LDS congregation split into two wards: Chisholm Ward, overseen by Redd; and the Government Springs Ward, led by Bishop David Bliss, who was called to minister to the new ward in January.

The two wards have memberships of about 350 and 400 people, respectively.

The LDS church building, at 419 N. Eisenhower, also serves a smaller group, known as a branch, of about 75 Marshallese worshippers, led by branch president Mike Lokboj.

Like all LDS clergy, Redd, Bliss and Lokboj are lay ministers. They have full-time jobs outside the church, and are called up on a temporary basis to lead their congregation.

Growth in the congregation follows a trajectory common throughout the Mormon faith. The National Council on Churches consistently ranks the LDS church second in growth rates in America, behind only Jehovah’s Witnesses. The LDS faith now includes more than 15 million people, according to its official website.

Bliss and Redd attributed the local growth, and the growth of the wider LDS church, to the work of missionaries and pastoral care for church members.

Young men and women in the LDS church, typically between 18 and 25 years old, are encouraged to serve a term as missionaries — two years for young men, 18 months for women. In 2016 the LDS faith reported almost 71,000 missionaries serving worldwide.

Redd said Mormon missionaries proselytize for the LDS faith, but also find common ground with Christians of other denominations and traditions.

“We talk to people all the time, and we talk about being a member of the Church of Jesus Christ of Latter Day Saints, and they say ‘We’re Catholic,’ or ‘Methodist,’ or ‘Adventist,’ and we just rejoice with them in our love of Jesus Christ,” he said. “There’s a lot more in common than there is different, and the acknowledgement of his divinity is the most powerful commonality.”

Vicki Hanousek was introduced to the Mormon faith by two missionaries who knocked on her door, 12 years before she converted and joined the local LDS ward.

Hanousek had been a member of a mainline Protestant church for more than 30 years, and did not initially think of converting.

“I was very active in the church, but I felt like I didn’t belong — it wasn’t where I was supposed to be,” Hanousek said.

She said she loved the people at her former church, and felt loved and supported in return. But, there was something missing for her.

She said she found that missing piece when a friend reintroduced her to the LDS faith four years ago.

“She mentioned her church, and two days later I had missionaries at my door again,” Hanousek said with a laugh.

She agreed to attend a service at the Mormon church, and immediately found what she had been missing.

“I knew as soon as I walked through the door that I was home,” Hanousek said. “The spirit was here. It’s so powerful sometimes ... you just weep. There’s so much love. There really aren’t words to describe the joy you feel in being here.”

Retha Joslin said she was drawn to the LDS church by a similar experience when she visited several years ago.

“Visiting the church, even for the first time, I felt very welcome,” Joslin said. “We welcome all religions and people into the church. We are all God’s children and should treat each other with respect and love.”

Joslin said she learned firsthand how supportive the church is of its members when her husband, Tony, unexpectedly died. Church members immediately stepped in to help with household chores and her catering business.

“As a widow, I will always be taken care of by the church,” Joslin said. “We are all family, and the priesthood is a vital part of the Mormon family, as guidance and protection. I miss that so much with my husband no longer physically by my side.”

“The church has assigned me two priesthood holders that call upon me regularly to see that anything I need is provided,” Joslin said. “The church truly cares about not only its own members, but anyone that may need assistance, comforting and even counseling.”

Redd said that care for church members extends to the church’s views on service in the community at-large.

“Service is a really big part, we believe, of the Lord’s Church,” Redd said. “He never told anyone he didn’t have time, and we try to follow that example.”

Bliss said the church members focus on following Christ’s example in love, service, and care one for another.

“We’re not perfect, but we try to follow the example of the Savior in that way,” he said.

While pastoral care and mission work are growing the LDS church, Redd acknowledged some Christians still see the LDS faith as something apart from other Christian denominations, due to the addition of the Book of Mormon to church canon.

Redd said the Book of Mormon only seeks to bring people to the Christian faith, quoting a passage from the holy text’s cover page that calls for “the convincing of the Jew and Gentile that Jesus is the Christ, the Eternal God, manifesting himself unto all nations.”

Bliss said it’s not uncommon for Mormons to encounter other Christians who have questions about the LDS faith.

“One of the misunderstandings a lot of times is people will ask if we’re Christians or not,” Bliss said with a laugh. “A lot of us have to chuckle sometimes, because the name of our church is Church of Jesus Christ of Latter-day Saints, and that should be a clue.”

The wards meet for chapel services at 9 and 11 a.m., followed by the Marshallese branch at 1:30 p.m. on Sundays.

ENID — The services honoring and celebrating the life of David W. Richardson, 61, of Enid are pending under the direction of Brown-Cummings Funeral Home. Condolences may be shared with the family at www.Brown-Cummings.com.