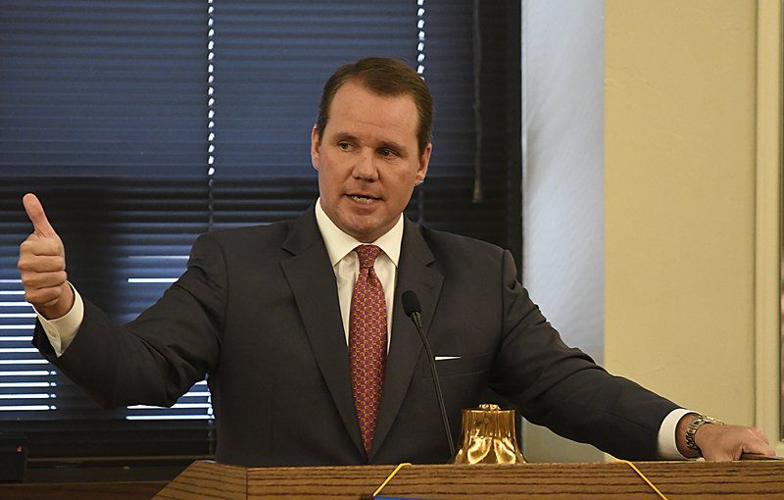 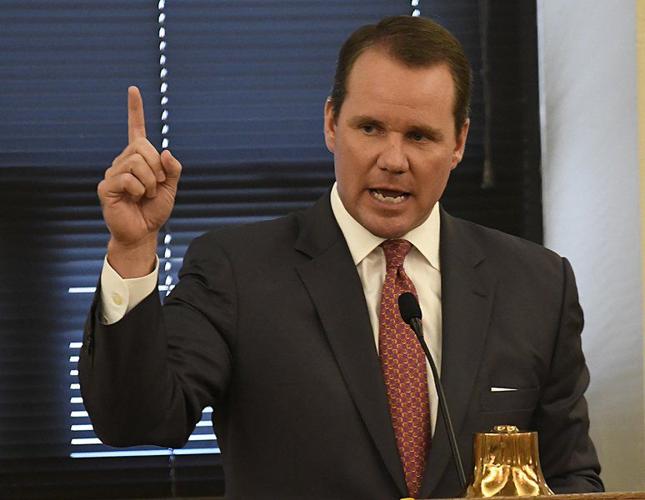 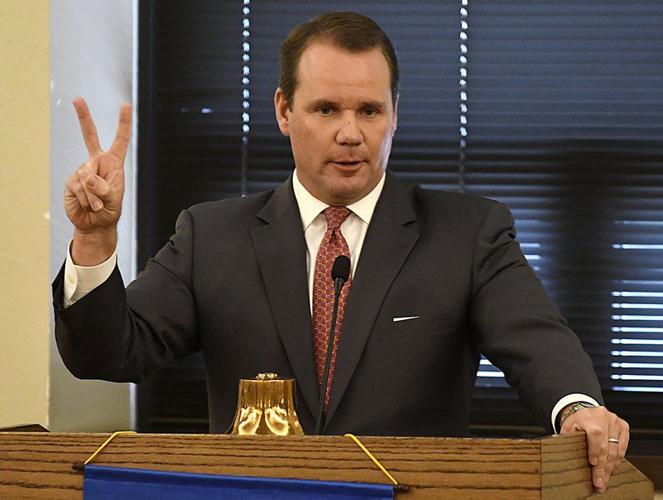 As Oklahoma continues to face difficult times, Lt. Gov. Todd Lamb said Monday during a visit to Enid the state should focus on diversifying its economy.

"In 2011, 2012, we were really on the cusp of a renaissance. We were close to it, and because of our current challenge, which has been going on for over a year, the challenge we have with commodity prices in hydro-carbon and agriculture, we had a hiccup experience," he said. "That renaissance I thought we were so close to experiencing has been delayed."

Lamb, an Enid native, said commodity prices will increase and decrease as history has proven.

"Oklahoma needs to focus on a 20-year vision, since we know that (commodity price) is a given of the formula — they will increase and decrease — it's high time Oklahoma has a 20-year vision," he said. "Texas got sick and tired of being sick and tired. They have more land mass, more folks, but for the longest time they were much like Oklahoma and heavily dependent on commodities."

Speaking to Enid Rotary Club, Lamb said Texas became aggressive with public policy, and today there are more Fortune 500 companies in Texas than any other state in the nation. Lamb said Oklahoma's weather is similar to Texas', it has similar terrain but they got visionary.

"What must Oklahoma do? We must focus on diversifying our economy — never divorcing ourselves from those commodities that I keep referring to," he said. "Over 20 percent of our state budget comes from the oil and gas industry and the hydrocarbon industry. We will never divorce ourselves nor should we."

Lamb created the 501(c)3, E Foundation for Oklahoma, earlier this year, basing its operations on several pillars covering every public policy: economy, education, energy, entrepreneurship, exporting, efficiency and enduring freedom. The goal of the foundation is to cast a 20-year vision, Lamb said.

"There's not one politician in the foundation, other than the founder, Todd Lamb," he said. "It's men and women that have subject matter expertise in every one of those pillars that have operated in the private sector, established and vision and worked in their industry for years with success using that brain power and experience to put it to use on behalf of the state."

Lamb covered several other topics, including tax and rebate incentive programs and his possible bid for governor.

"When I started looking at incentives in Oklahoma, I thought we had about 40 or 45," Lamb said. "I thought that was a pretty generous estimate of tax credits, rebates, etc. We have over 100."

Lamb said incentives scheduled to sunset, or additional incentives, should have an explanation of the incentives purpose in the bill.

"The purpose of the wind energy incentive — was it to create jobs or to harvest an alternative source of energy?" he said. "Some at the state Capitol would argue it was to create jobs and others would say harvest alternative energy. Going forward, that should be in the enacting language and a sunset should be put in every single incentive."

Lamb said Oklahoma is between a rock and a hard place. He said he does not believe Gov. Mary Fallin will call a special session, but he hopes the first week of the legislative session a bill can be passed to resolve the issue.

Regarding running for governor, Lamb said he is "seriously eyeing it," and "leaning in that direction," but will continue to focus on serving the state in his current position.