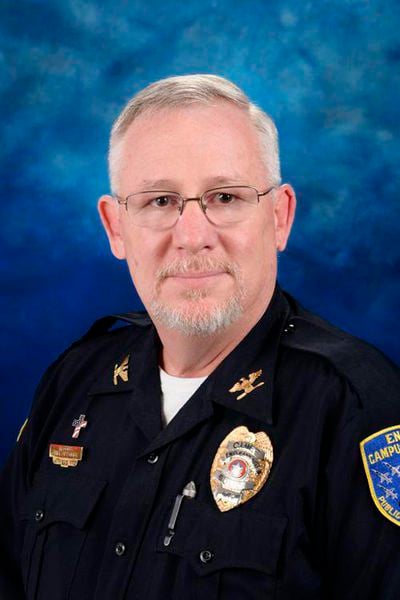 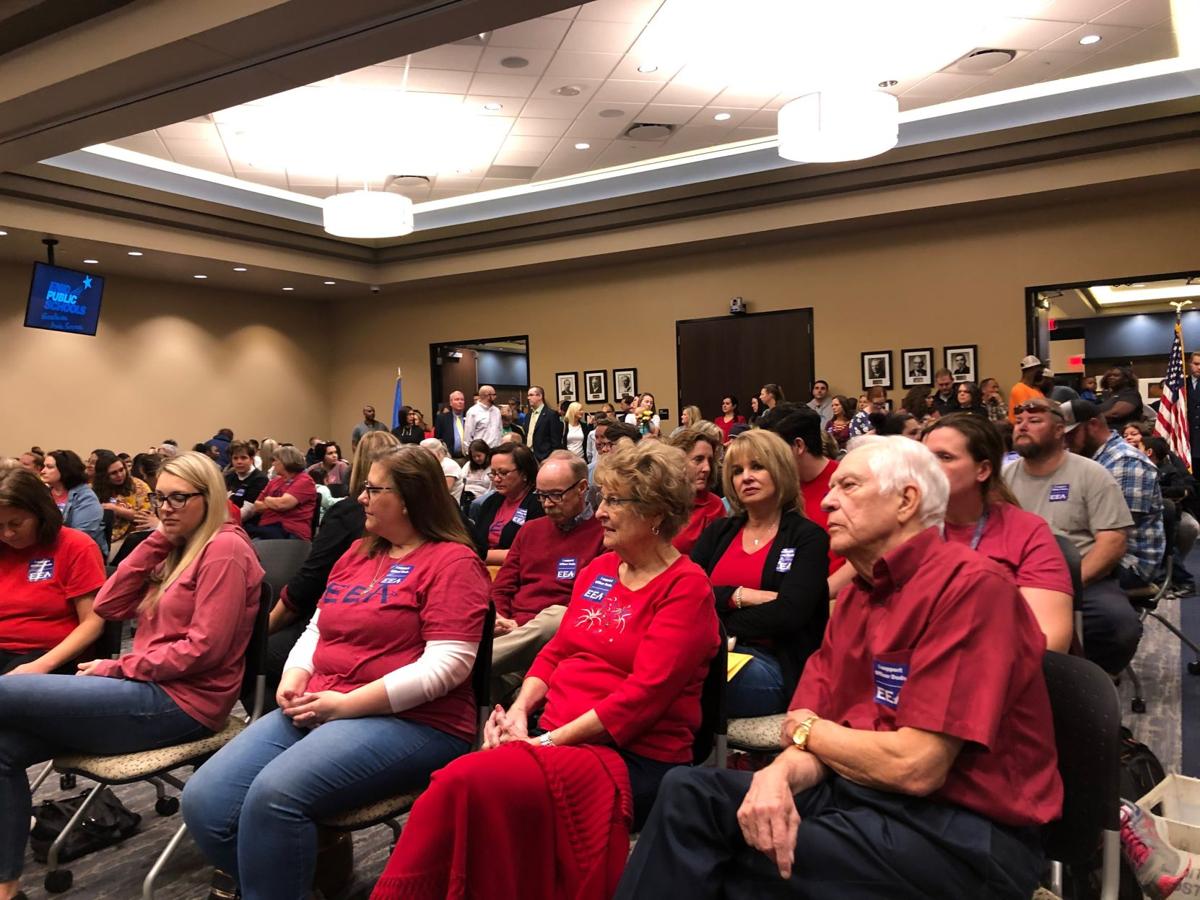 Dozens showed up to Enid Public Schools board of education meeting wearing red in support of officer Mike Dods on Monday night.

Dozens showed up to Enid Public Schools board of education meeting wearing red in support of officer Mike Dods on Monday night.

The investigator's visit comes just a day before Mike Dods' Dec. 10 public termination hearing. His hearing begins at 4 p.m. at the Administrative Services Center, 500 S Independence Ave., at which Enid Board of Education members will decide if he is reinstated on the force or fired from the district.

EPS' attorney Bryan Drummond confirmed an investigator would be at the high school Monday as part of an investigation requested by Merchen.

"The district has been cooperating fully and will continue to cooperate fully with the investigation," an EPS representative said.

Kay County District Attorney's office is pursuing the investigation because Garfield County DA Mike Fields' wife works for Enid Public Schools, Merchen said. Due to the relationship, Fields has recused himself from the investigation, and the Attorney General's office has appointed Kay County to the task, Merchen said in an email sent Saturday morning.

Later in the email, Merchen also said at the beginning of the investigation, "Officer Dods also received a letter from the police department stating they didn't want to compromise their relationship with the school district suggesting he should go to the OSBI."

Recalling the exchange, Enid Police Chief Brian O'Rourke said he decided if an investigation were to be conducted, it would be more appropriate for an outside entity to handle it.

"It had to do with an issue he was raising with the school, and he wanted us to investigate, and I suggested, considering that we have a very good relationship with Enid Public Schools, that he go to an independent council," O'Rourke said, adding it's not unusual to reach out to the OSBI in such situations.

Dods supporters speak up at board of education meeting

Kristin Whaley, head of the Enid Education Association, delivered a stack of 1,300 papers, each with a signature expressing support of Mike Dods and also requesting the public hearing be scheduled in the late afternoon or evening hours.

The services honoring the life of George Buller, 70, of Enid, will be held at 10 a.m. Saturday, Feb. 22, 2020, in the Brown-Cummings Funeral Home Chapel. Condolences to the family may be made online at www.Brown-Cummings.com.

ENID - The services celebrating and honoring the life of Cecil E. Smith, 82, of Enid, will be held at a later date. Condolences to the family may be made online at www.Brown-Cummings.com.