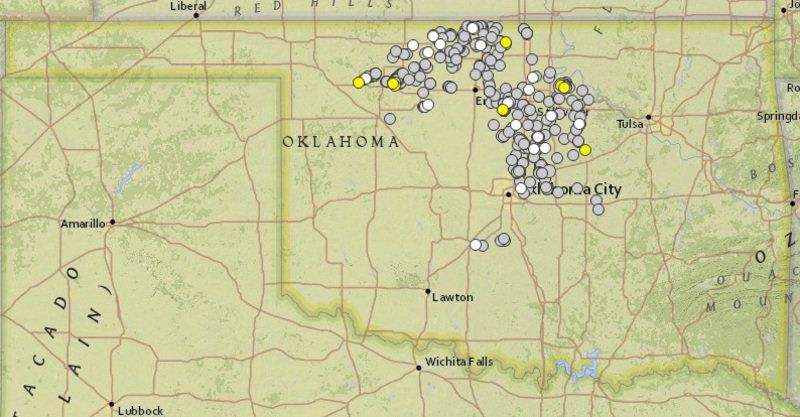 This U.S. Geological Survey map shows the majority of the magnitude 3.0 or greater earthquakes recorded in Oklahoma this year were at depths of 8 kilometers or shallower. 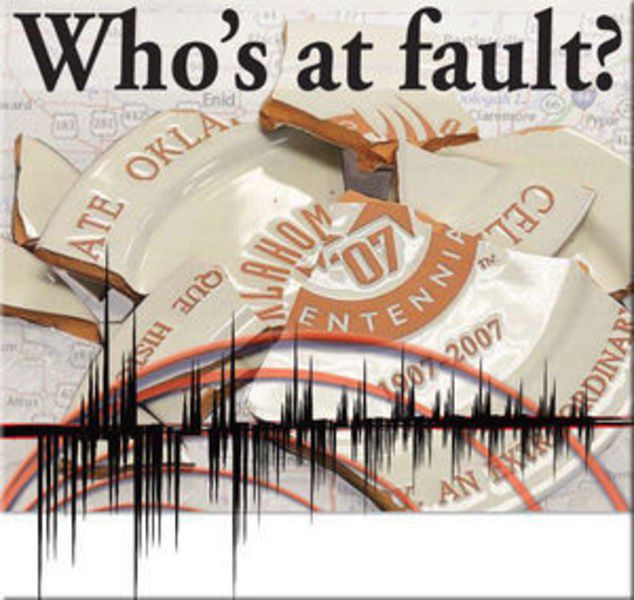 CLICK HERE to read previous coverage in this series.

This U.S. Geological Survey map shows the majority of the magnitude 3.0 or greater earthquakes recorded in Oklahoma this year were at depths of 8 kilometers or shallower.

CLICK HERE to read previous coverage in this series.

Depth factors into how much damage an earthquake may cause.

Temblors of the same magnitude will generally have less effect at the surface if they are deep, Oklahoma Geological Survey Director Jeremy Boak said.

In some cases, the amount of shaking that goes on is conditioned by ground conditions, soil conditions and things like that, he said.

With a deeper quake, energy dissipates as it spreads out, he said.

"The further it travels upward — just as you go further away from an earthquake the shaking is less — that's true also for the vertical dimension," Boak said.

For example, in January, Alaska had a magnitude 7.1 earthquake.

"It did cause a lot of shaking, and I guess it might have caused some damage, but it happened at 129 kilometers depth. That one earthquake, a magnitude 7.1 earthquake, probably released more seismic energy than all of the earthquakes in Oklahoma in 2015 combined. The depth mattered," Boak said.

Oklahoma earthquakes do tend to be more shallow, he said.

California earthquakes are, on average, 10 to 12 kilometers down, he said.

"So, substantially deeper on average than our earthquakes are," Boak said.

The majority of magnitude 3.0 or greater earthquakes recorded in Oklahoma this year occurred at depths of 8 kilometers or shallower, U.S. Geological Survey records show.

In a place like California, some faults are really plate boundaries that "go way down," he said.

"Whereas, in Oklahoma, we still have fairly deep-seated faults, but the mechanism is coming from above. So, in general, those earthquakes are probably going to be a bit shallower, I guess. I haven't had a chance to talk to some of the seismologists about why that might be," he said, adding it's his quick answer.

"Partly because of this mechanism that they're being driven by the injection, they're going to be closer to the surface than if they're happening, on average, on these very deep through-going faults. That pressure pulse that's driving the earthquakes is going to find a place to move fairly quickly as it goes downward, and not penetrate all that far down. We do have some deep earthquakes, but, in general, I think you're going to see them be shallower, partly because of that effect."

USGS Geophysicist George Choy said deeper earthquakes allow energy to spread out over a wider area around the epicenter.

"Thus, it may be felt over a wider area, although the damage is commensurately distributed," he said.

OKLAHOMA CITY — The risk of damaging temblors in central Oklahoma now rivals that of natural earthquakes in high-hazard parts of California, according to a new U.S. Geological Survey forecast.

Like Oklahoma, other states have dealt with induced seismicity

How depth factors into earthquake damage