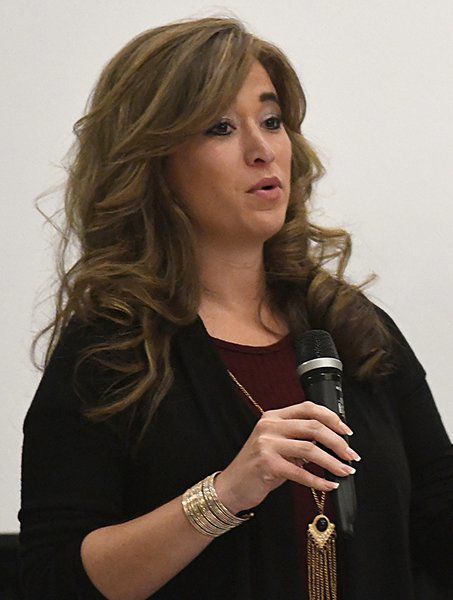 Jenny Holtzclaw answers a question following a screening of "Daniel in the Den" in this December 2016 file photo. (Billy Hefton / Enid News & Eagle) 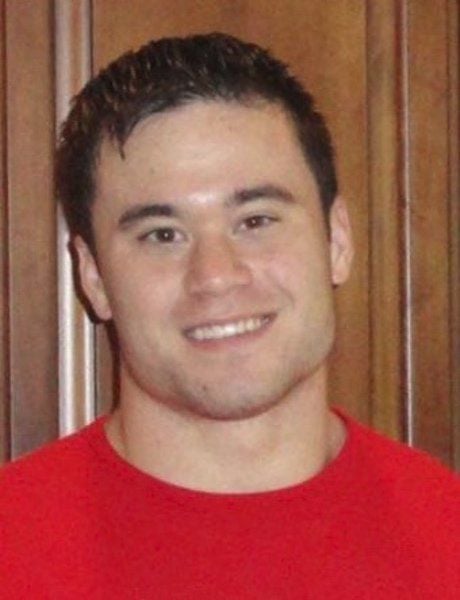 ENID, Okla. — The family of former Enid resident Daniel Holtzclaw released a statement Tuesday announcing the 32-year-old's testimony in a deposition Monday being praised by his high-profile exoneration attorney.

"On Monday, Oct. 21, 2019, our son and brother Daniel Holtzclaw was deposed in the federal civil rights lawsuits brought against him by accusers seeking high-dollar settlements with the city of Oklahoma City based on their false allegations that led to Daniel’s wrongful conviction," his sister Jenny Holtzclaw said in a release Tuesday. "This marks the first time that Daniel has spoken under oath about his complete and total innocence."

Jenny cited renowned exoneration attorney Kathleen Zellner, whose law firm represented Daniel in the deposition and federal civil rights proceedings, tweeting Monday: "Today Daniel Holtzclaw forcefully, fearlessly and courageously testified in his lengthy deposition that he is an innocent man wrongfully convicted. He did not take the 5th — he confronted his accusers & made a compelling case that he is innocent."

Holtzclaw, a former Oklahoma City police officer, has an appeal filed at the state-court level contesting an August 2019 Court of Criminals Appeals decision. He also has filed an appeal with the U.S. Supreme Court.

"While Daniel’s entire legal team pursues post-conviction relief at all levels, our family is advancing and growing the movement of supporters, including journalists, lawyers and concerned citizens from around the globe, who refuse to let the state of Oklahoma desecrate science and justice to keep a dedicated law enforcement officer and man of faith in prison," Jenny said. "Last week, Daniel’s Change.org petition seeking the attention and intervention of Oklahoma Gov. Kevin Stitt surpassed the 40,000-signature mark — a remarkable feat given the virtual media coverage blackout in the Sooner State on the fatally flawed forensic evidence, analysis and testimony; ineffective assistance of trial counsel; biased and incompetent police investigation; prosecutorial misconduct; and unconstitutional secret hearings in his case."

Prosecutors accused Holtzclaw of targeting black women while on duty in 2013 and 2014. He was convicted in December 2015 on 18 of 36 counts of sexual crimes, including four counts of first-degree rape. Holtzclaw was sentenced to 263 years in prison.

"All Daniel has ever wanted is the chance to tell the truth and for 'the world to read in detail about my case,'" Jenny said. "Daniel was wrongly advised to stay silent at trial by his original defense attorney and has seized every available opportunity since then to expose the nightmare of how he was railroaded. As he has urged repeatedly: 'I want the world to see that this can happen to you.'”

The Change.org petition, at https://www.change.org/p/free-daniel-holtzclaw-an-innocent-man-wrongfully-convicted, urges Oklahoma Gov. Kevin Stitt, Lt. Gov. Matt Pinnell, other officials, and the Oklahoma news media, to investigate the police misconduct and mishandling of Daniel's case. It asks Stitt to grant clemency by exonerating Daniel. As of 5 p.m. Tuesday, the petition has 40,344 signatures.

"We will continue the fight for Daniel’s freedom and hold all parties in Oklahoma City and Oklahoma County accountable for his wrongful conviction," Jenny said.

The denial of the written request for the Supreme Court to review the lower court’s ruling means the court of appeals decision stands.

HUNTER - A private immediate family service for Stephen Earl Buss, age 56 of Hunter will be Tuesday at Memorial Park Cemetery with Rev. Don Johnson officiating. Arrangements are under the direction of Ladusau-Evans Funeral Home.