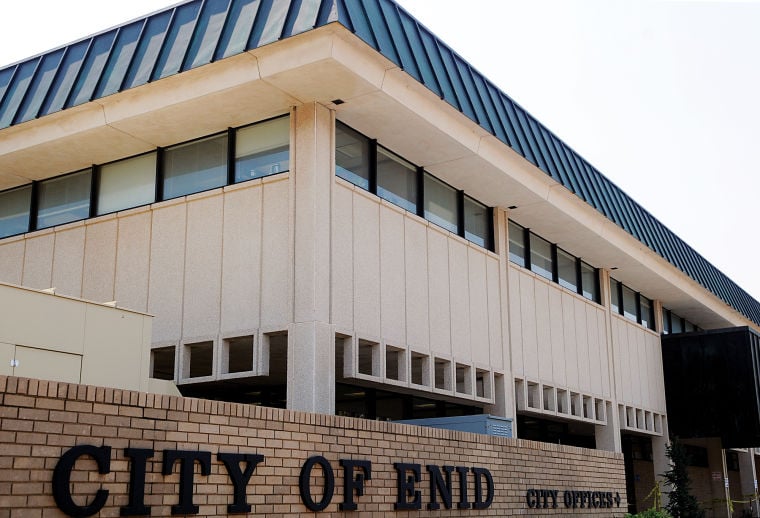 ENID, Okla. — In describing the relationship between the city and Suddenlink Communications, Ward 4 Commissioner Jona­than Waddell said, “it kind of feels like you’ve got us over a barrel.”

This earned a wave of applause from the dozens packed into city commission chambers Tuesday night for a public hearing regarding Suddenlink, whose contract with the city is set to expire in the summer. Negotiations to decide whether or not that contract gets renewed will take place over the coming months, and the city of Enid wants as clear an idea as possible where public opinion stands on the matter.

Several audience members voiced to the commission their frustrations with Suddenlink over customer service and more, and representatives from Altice, which acquired Suddenlink in 2015, also were in attendance and attempted to address some of the concerns that have been brought forth.

Mike Petty, regional vice president, placed much of the blame on recent upgrades made to billing and operating platforms the company uses. The upgrades, launched in September, were intended to streamline user experience but have backfired in unforeseen ways.

“There were delays in accessing account information and processing transactions ... in some cases this increased wait times to speak with an agent or impacted activity in stores,” Petty said, adding that billing issues also occurred, some of which still are being rectified.

“We expected this transition to last 60 to 90 days before we were able to return fully to business as usual. The good news is we are seeing progress, we’re seeing improvements in nearly every aspect of our customer care experience,” he said.

Prior to the software changes, Suddenlink took an average of 22,000 customer calls a week, Petty said. In September, the weekly average grew to 59,000, but as of late November, the figure was back down to 20,000, he said.

Suddenlink officials spoke before the commission first before any members of the public. Many in the crowd were unimpressed with what they had to say, speaking up and interrupting the Suddenlink representatives during their allotted time.

Mayor George Pankonin had to repeatedly request that the audience wait until their appointed time to talk. When that time came, 10 came to the podium, one after another with plenty to say.

“This company is the worst in my 45 years of dealing with companies,” resident Kyle Clark said, alleging that in addition to poor customer service, a technician or contractor stole a chainsaw from his home while servicing the residence. “This is the worst company I have ever seen in my life.”

His issues have been numerous, and when he went to the Enid Suddenlink store for help with his most recent, he was told to go to another location in Stillwater, as nobody in Enid is equipped to solve it. He told the commission he would be getting in his car Wednesday to do just that.

Jim Butler said he paid $200 a month for his Suddenlink package, and after his service was unexpectedly cut off, he battled for two weeks on the phone and in person to get his service back.

Butler’s aggravation ultimately pushed him to drop Suddenlink in favor of another provider.

“I had paid good money for that (Suddenlink) service and I feel like I was treated like dirt,” Butler said.

A common criticism from nearly all speakers was staffing at the store. Go inside, they said, and there were never more than two employees. Two employees for the 14,000 local Suddenlink subscribers and all their technical troubles and billing problems.

As residents walked up to the microphone and aired their grievances, the two Suddenlink reps were taking notes.

Outside in the hall, a table with Suddenlink agents sat ready to take more notes and hear more complaints following the meeting.

“Our goal is to take care of you, bottom line,” Petty said.

The Enid store staffing has been taken care of, according to Petty, it’s manned by a team of five. That’s full staffing, plus one, he said.

Despite some of the fixes Suddenlink said have been implemented, and the strides in customer service claimed, Waddell said the problems persist.

“I don’t want to be rude, but really what everybody’s here to find out is what in the hell are you going to do? People are still to this day, sitting and dealing with these long wait times,” Waddell said. “Where we’re at right now, we understand that we don’t have a whole bunch of options, but it kind of feels like you’ve got us over a barrel, and it’s not a good position to be in.”

“I know they want to blame this on the last few months, but its been the past few years,” Mason said prior to the meeting.

A second hearing regarding Suddenlink will be held 6:30 p.m. Jan. 7 in commission chambers at the city administration building, 401 W. Garriott.

The city of Enid has put together a cable satisfaction survey, and is encouraging participation. Results of the survey will be used during the negotiation process. That survey can be found at www.enid.org/Home/Components/News/News/8938/25?backlist=%2f.