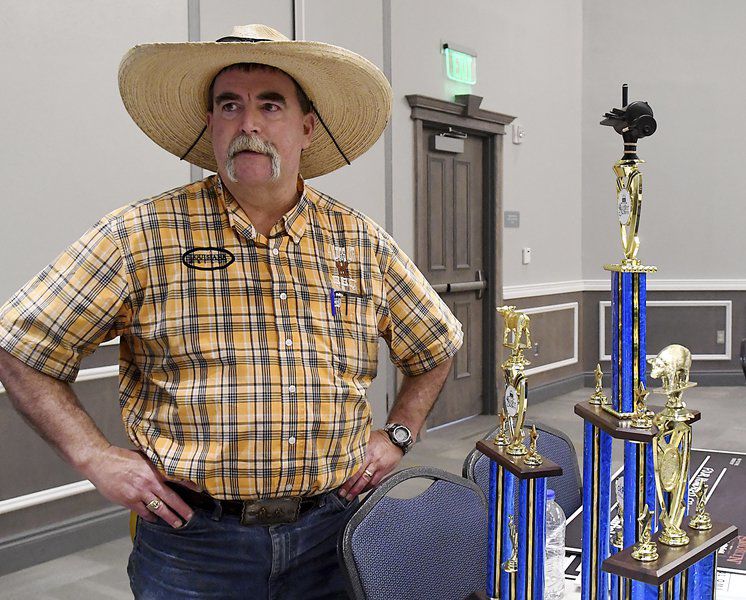 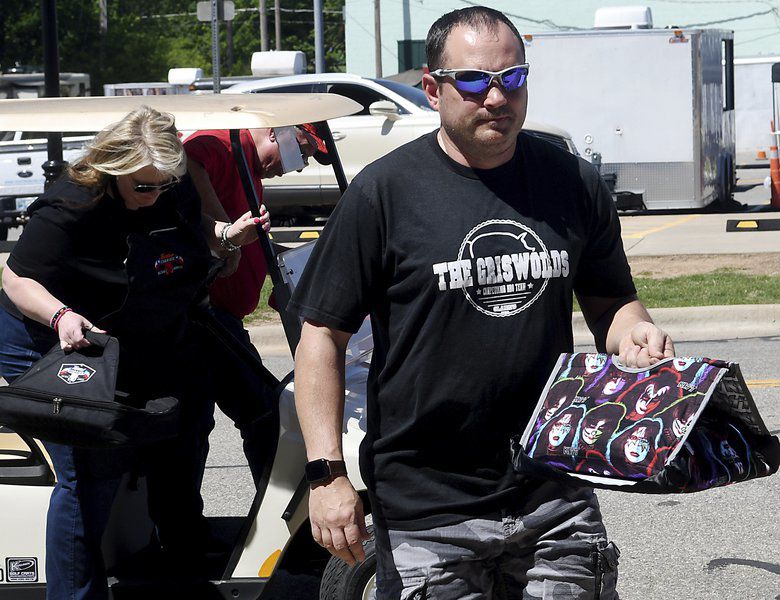 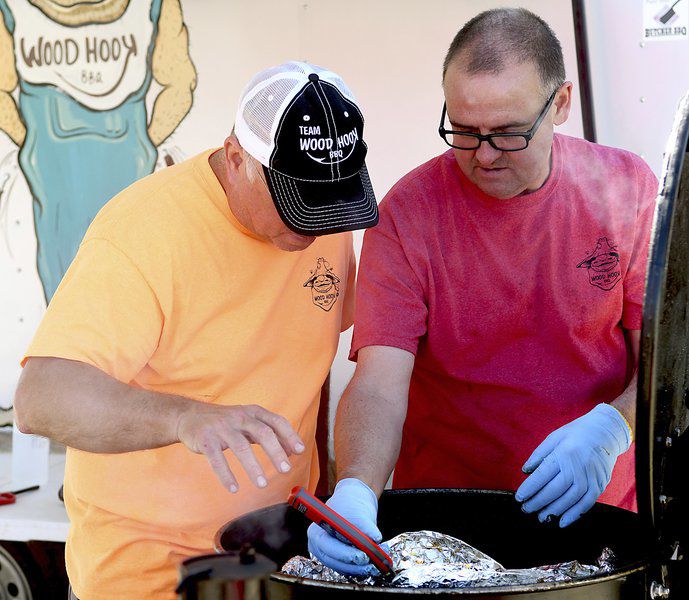 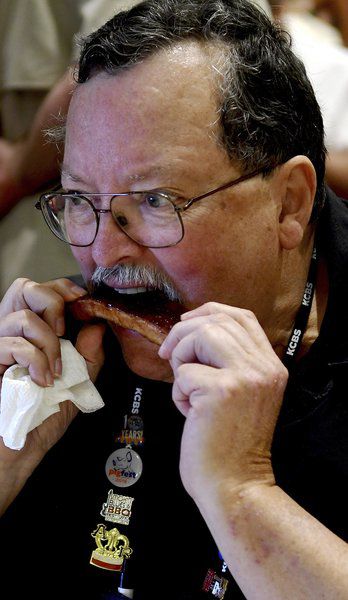 Four Legs Up also took first place in the pork and brisket categories and placed fourth ribs. As Wertz walked through the Grand Ballroom of the Stride Bank Center, yellow award ribbons dangled from his back pocket. He was stopped repeatedly by competitors, both congratulating him and wishing him a safe trip back home to Great Bend, Kan.

This wasn’t Wertz’s first trip to Enid for the annual Hanor Smokin’ Red Dirt Barbecue. He’s competed in all but once since its inception.

“I’ve missed one, so it’ll be 13,” he said, noting he’ll return next year for the competition. Taking home grand champion means he’s automatically entered for next year’s competition.

Wertz said he felt good but it was relief to be done for the weekend. “It’s been a long day.”

Saying he was pleased with the pacing he was taking home, Wertz explained he'd been a lifelong cook when he caught the barbecue bug.

“I’ve been cooking all my life, and about 20 years ago I started barbecuing for something a bit different,” he said. “I’ve been at it ever since. I can’t run and this is the slowest thing I could find to do.”

Wertz said he enjoyed the competition in Enid because of how well organized it was and the people who are involved and competing.

“This is one of the better contests in the country,” he said. “This is probably one of the organizations I belong to that everybody is down-to-earth, good people. It doesn’t make any difference if you are a banker or a lawyer or a plumber. It’s all about cooking. It’s about what you do.”

More than 30 teams participated more than five categories throughout the weekend.