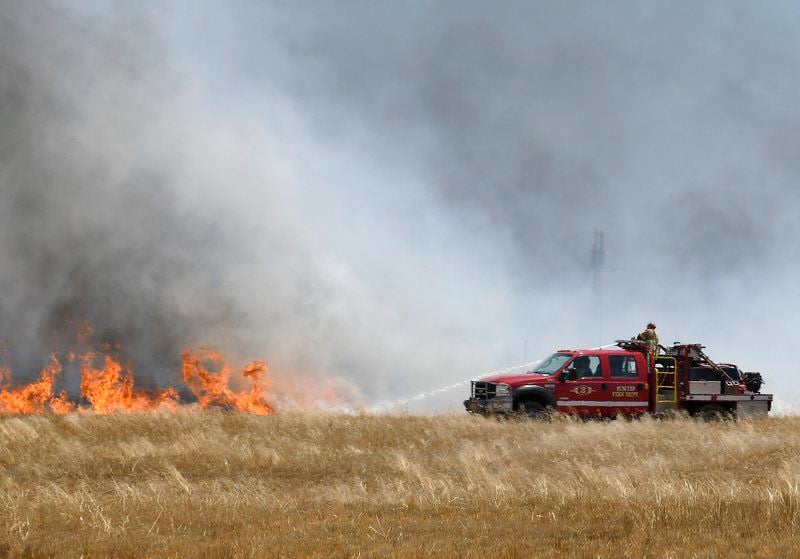 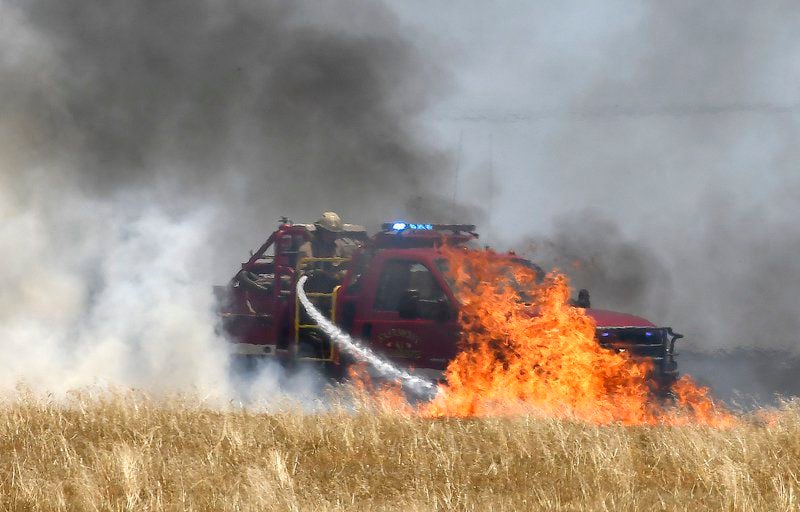 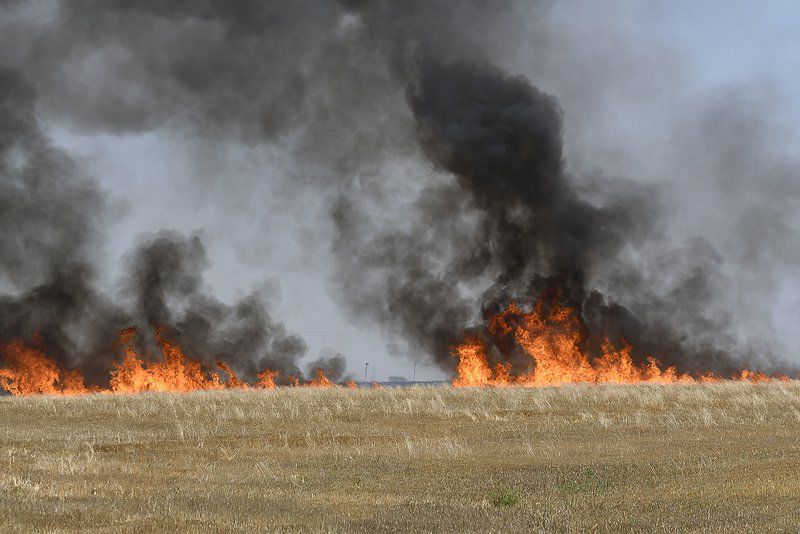 Howard said the fire burned about 30 acres of cut wheat field, with the last unit clearing the scene at 1:39 p.m. He said the fire did get close to the railroad tracks but did not burn anything outside the already harvested wheat field.

He said the railroad company was contacted, which shut down the line for a short period. A representative was sent to the scene and the line was later reopened. The most recent train to pass was inspected to ensure a malfunction had not sparked the fire.

Howard said the cause of the fire remains undetermined.

Area firefighters had battled several grass fires in the past couple of weeks, leading commissioners in Alfalfa and Major counties to institute burn bans. Alfalfa County has since dropped its ban, while the ban in Major County remains in effect, according to Oklahoma Forestry Services, until Monday, unless it is repealed before then.

Dry conditions were alleviated in parts of Northwest Oklahoma when storms moved through the area Sunday night. Many locations received more than an inch of rain.