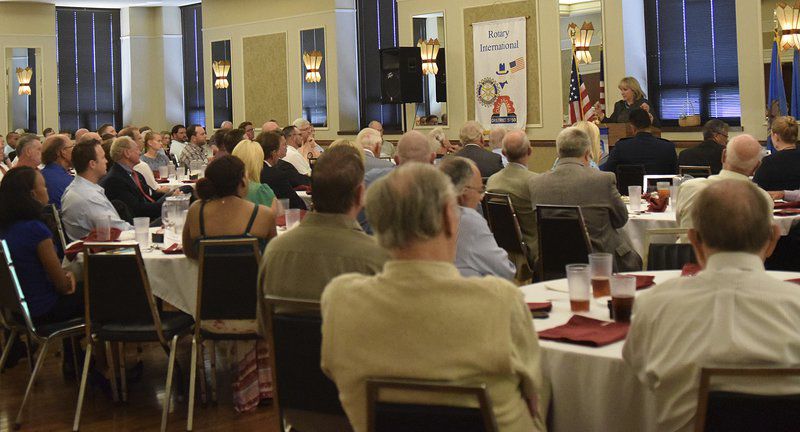 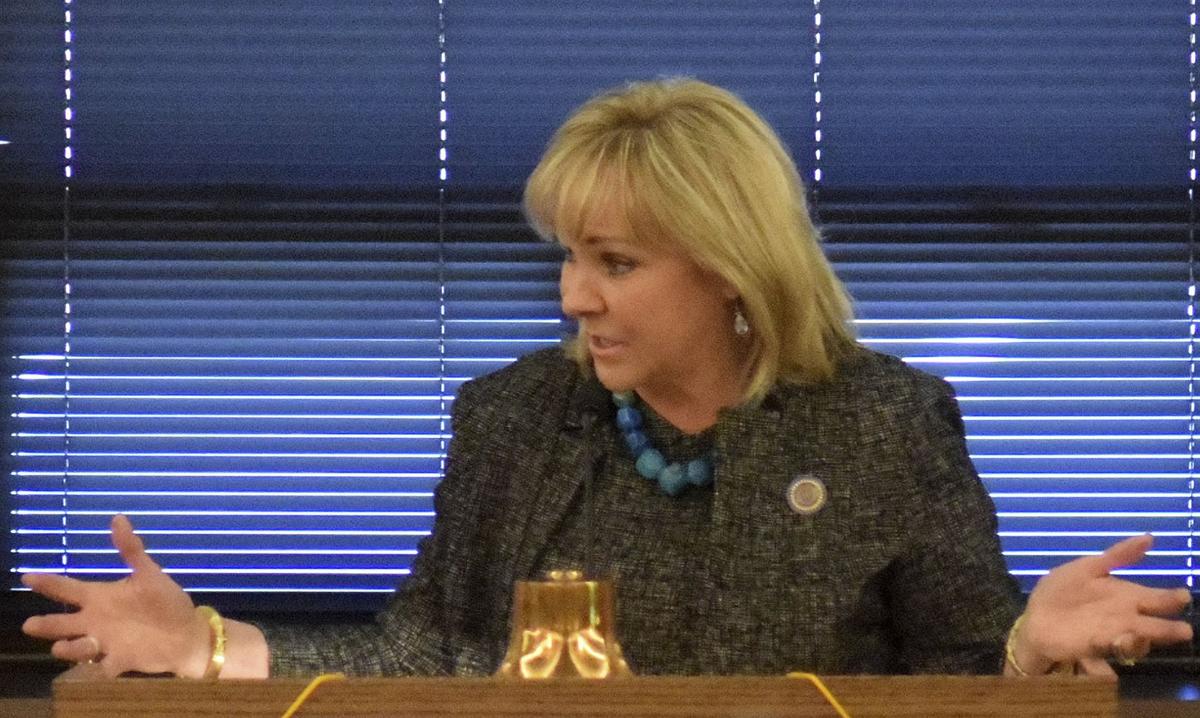 ENID, Okla. — Calling Vance Air Force Base one of the most important Air Force bases in the nation, Gov. Mary Fallin spoke on the state of Oklahoma and its future at Enid Rotary Monday.

"I know it hasn't been an easy time for Enid," Fallin said, regarding the downturn in the oil and gas industry. "It's certainly very important to this community — the energy sector — and it certainly has not been easy for the state of Oklahoma."

Calling this past legislative session and state budgeting process "one of our toughest," Fallin said she and members of the Legislature did their best in balancing the needs of the state.

"There's so many important needs in the state, but when you go from $107 a barrel of oil to $26, that’s a large drop, and when you do that consistently now — in October it will be two years since we started seeing the slide in oil prices — it really does take a toll on Oklahoma’s economy and certainly on a lot of certain services we need to provide and want to provide," Fallin said. "Legislators and I had a tough job trying to figure out how to put our money to the most important places, prioritizing our spending on those areas we mentioned a few months ago and putting money toward programs we know work and not just those we hope work but really create efficiency and effectiveness in the programs and services we’re delivering."

Fallin said Oklahomans merely need to look at tax collections and the state's different revenue streams to capture a picture of Oklahoma's economy. The state saw another revenue collections decline in August from the previous year.

"Eighteen of the last 19 months our revenue projections have been below the previous year, which is another indication that the energy sector and its effect on Oklahoma's economy," she said.

In May, Fallin signed the Retail Protection Act requiring online retailers that do not have a physical presence in the state to begin collecting sales tax or sending customers a notice at the end of the year to pay the sales and use tax.

Until the price of a barrel of oil plummeted, and its effect began to impact all industries, Oklahoma was focused on becoming more business-friendly, she said.

"Just two years ago before the oil decline, we had the fourth-fastest growing economy in the nation," she said.

"There are a lot of challenges ahead of us, but there are some good things happening in the state of Oklahoma. One of my tops goals is to make sure we’re as business friendly as possible — to help the bottom lines of our businesses so they can make a profit, employee more people, expand their businesses, expand their operations and be able to find the workforce they need."

"I heard employers say they can't find people with the skill sets they need then parents would say their student just graduated (from Career Tech or college) and can't find work in the state," Fallin said.

About two years ago, Fallin launched Oklahoma Works, an initiative focused on increasing the wealth of Oklahomans while ensuring the work force has properly skilled workers.

"By 2025, 78 percent of all jobs will require more education than just a high school degree," she said. "We need to make sure we line the work force up with that, not just regionally but statewide."

The initiative has eight goals from raising per capita income in Oklahoma and reducing poverty to increasing the amount of people who have science, math, technology or engineering (STEM) degrees.

Enid native Jimmy Stallings helps with the program. He is the coordinator for Northwest Oklahoma.

"Over the last five years, STEM degrees have gone up by 28 percent," she said.