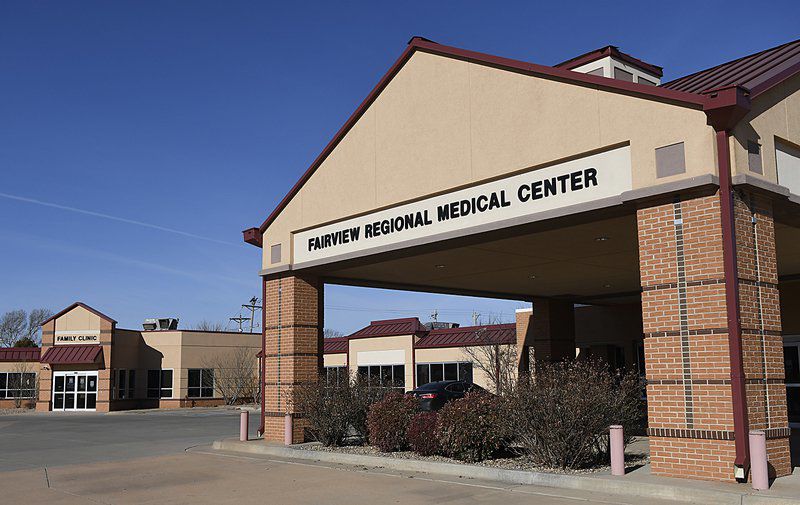 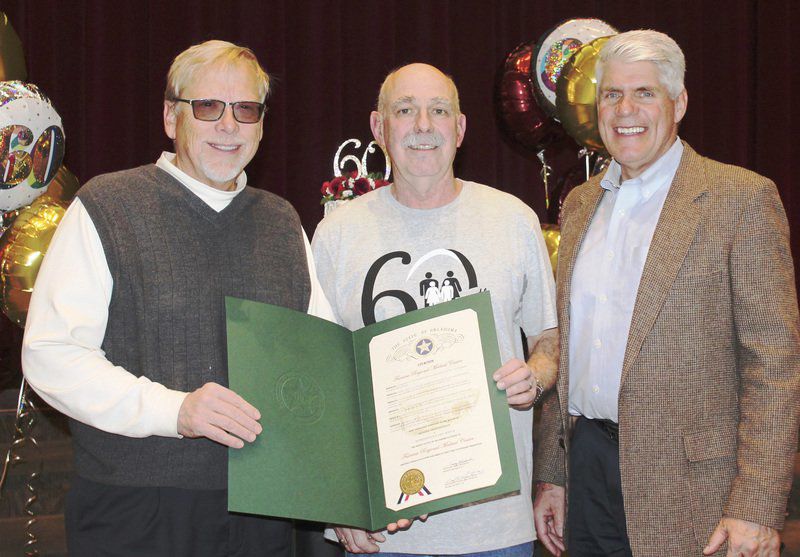 Fairview Regional Medical Center administrator and CEO Roger Knak said the early history of the hospital, and all its service since, has been a team effort of many people.

Up until the hospital was built, Knak said individual doctors treated patients in separate offices around town.

Two bond issues in the late-1950s to build the hospital were narrowly rejected by voters. The turning point, Knak said, was when several local women's groups took the reins in drumming up support for the community hospital.

"They got together and said, 'We need a community hospital, and here's $100 in seed money to get it started," Knak said.

That seed quickly grew into local donations and support, and the bond issue passed on its third try. With additional funds provided through the federal Hill-Burton Act of 1946, also known as The Hospital Survey and Construction Act, Watonga Construction Co. was contracted to build the hospital at a 1959 cost of $400,000.

In comparison, Knak said the hospital recently added one room to the facility for its CT Scanner, and that one room cost $400,000.

Attendees at the Sunday celebration were treated to a lasagna dinner, and had a chance to see a slide show of the hospital's history and see antique instruments and equipment from hospital's early days.

While the focus Sunday was on history, Knak said it also was a celebration of the hospital's current strength, and its prospects for the future.

"We ended last year in the black," Knak said, "so that's always good, especially in this current environment in health care."

A greater sign of the hospital's strength may be its staffing, with four physicians, two nurse practitioners and two physician assistants.

"We're very strong with providers, which is really a blessing," Knak said. "We are blessed to be stronger than many other community hospitals serving rural communities."

Knak attributed the hospital's strong staffing, in a rural environment that often is challenging for physician recruiting and retention, to a supportive culture that has been built by and among the medical staff.

"I think it has to do with medical staff supporting medical staff," Knak said. "If doctors feel supported and trusted by each other, that helps recruit others to come into the group. I attribute our strength to the medical staff."

That strength will be needed, Knak said, as the hospital continues to navigate a challenging time of ever-changing federal billing guidelines and reimbursement rates.

"Roger is a great leader out there," Fosmire said. "The community is very lucky to have him. He is very engaged, and not only in Fairview and Major County. He is a regular participant in OHA activities, because he wants to stay up-to-date with what's happening across the state and across the country."

JaNae Barnard, executive director at Major County Economic Development Corp., said the hospital's positive impact is felt outside the medical community, and well beyond the bounds of Fairview.

"The hospital is vital to the community and the surrounding area," Barnard said. "It is one of those economic development and retention tools we are constantly using."

Having a hospital, emergency room and on-site ability to conduct job physicals and screenings is appealing, and a necessary resource, Barnard said, both for current employers and companies she's trying to recruit to locate in Major County.

"The services they offer are phenomenal," Barnard said, "and we are blessed to have them."