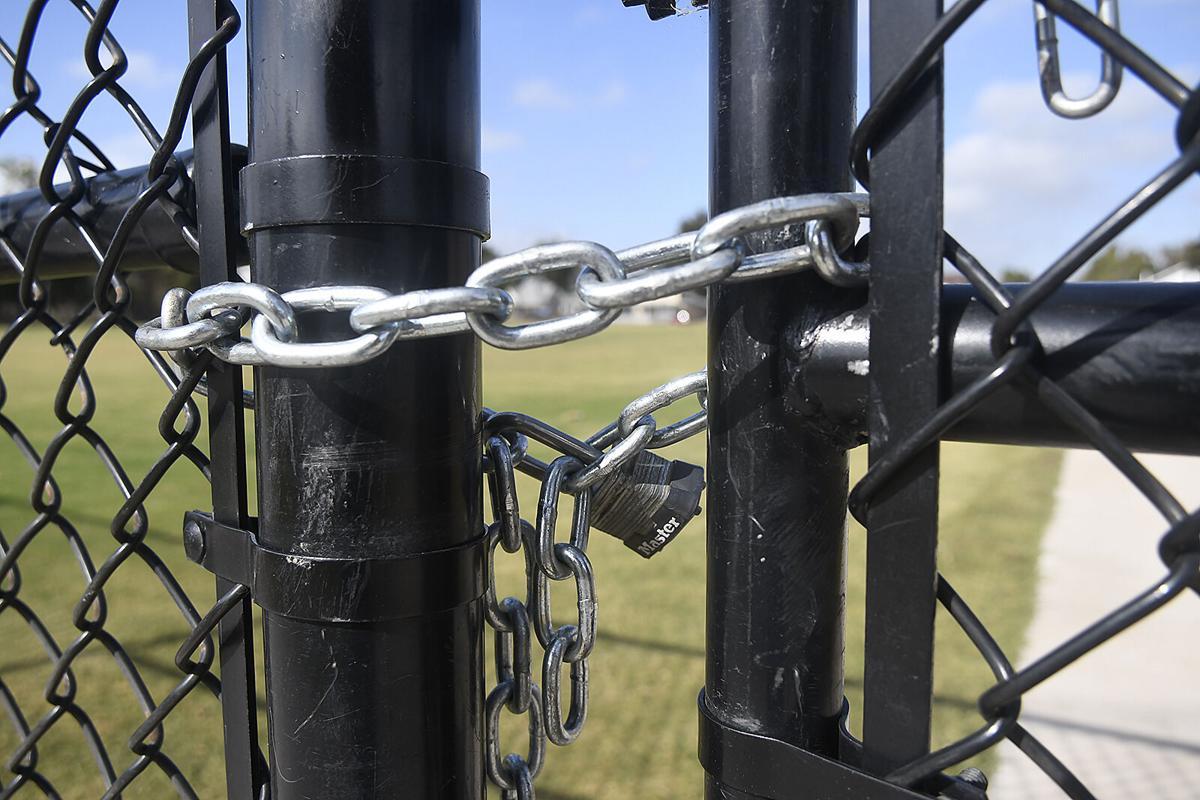 Lock and chain on the gate of the athletic field at Longfellow Middle School Tuesday, Oct. 26, 2021. 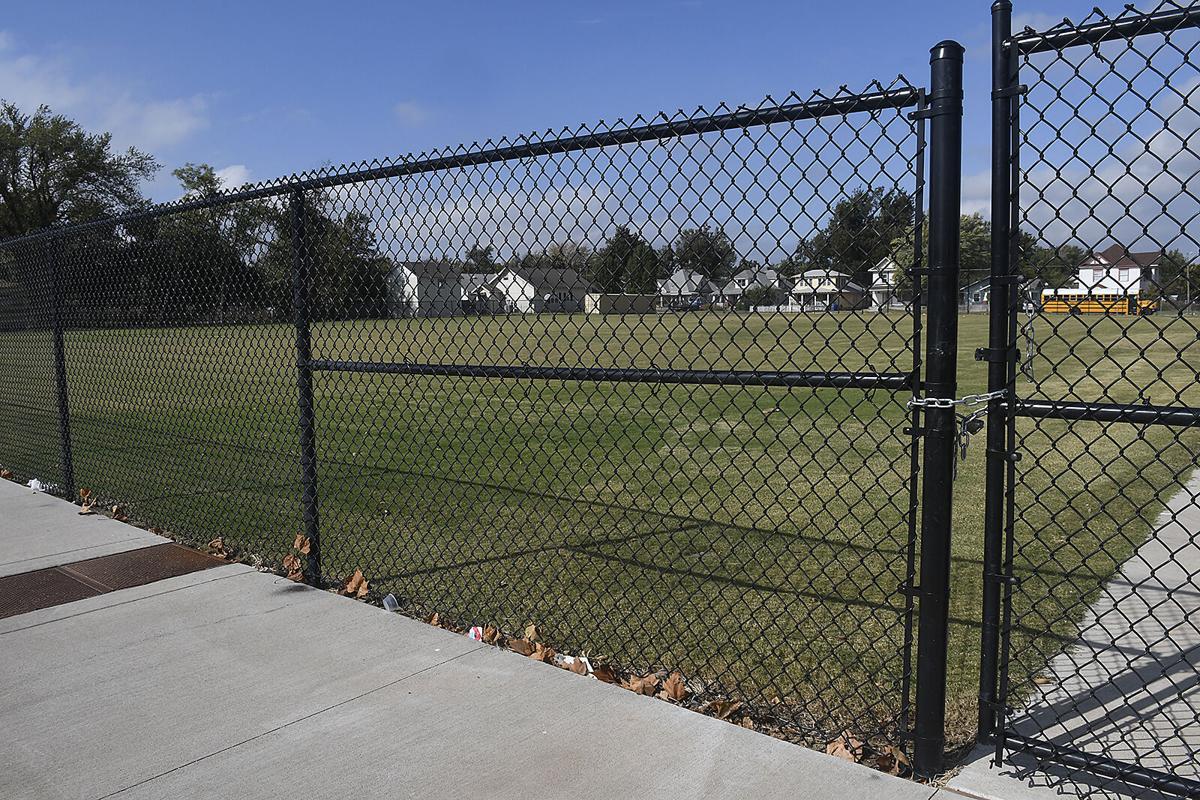 A lock and chain are on the gate of the soccer field at Longfellow Middle School. 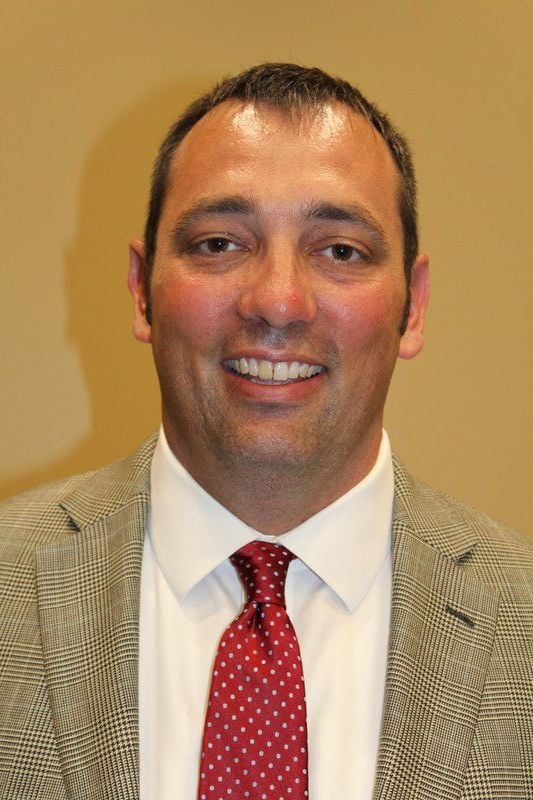 ENID, Okla. — The soccer field at Longfellow Middle School that’s been closed for the last several months is expected to reopen to the wider Enid community by the winter, school officials said.

“If it’s not open for Christmas, it’ll be open in January, for sure,” Robinson said Tuesday.

Longfellow’s field, which spans eight house lots, would then be closed during the summer months to help turf recover while school is out.

“It’s well-used, and as a school district, we don’t like shutting it down,” he said, “but we also know at the same time if we don’t, it’s not going to be a grass surface, it’s going to be a dirt surface.”

Longfellow’s field has been closed to the public since June to re-establish turf, after several areas of the field had to be re-sodded because of overuse and issues with the sprinkler system.

The basketball courts had initially remained open — with a temporary fence around the soccer field — but Robinson said people had started climbing the fence and going onto the damaged grass areas.

Robinson said the district spent almost $30,000 repairing the grass this summer recovering the bare spots, and attention had been taken during the school’s football season to avoid areas being re-established.

He added that the field’s fence had also previously been repaired from soccer balls being kicked into it since it opened in fall 2019.

“Number one, the school is in a great location,” Robinson said. “Second thing is, those kids over there, they seem to love to be outside, and that’s a huge field to be on.”

All EPS playgrounds are open to the public outside of school hours, but the Longfellow soccer field was specifically intended for residents of the surrounding neighborhood to also be able to use.

Robinson said district leaders, out surveying the field one day last summer, saw over 60 adults playing soccer on the field.

“That tells you it’s truly a community field,” he said.

As the soccer complex was being planned for the far-west side of town, the Enid Sports Association also saw a need for the east side to have its own open soccer field, as well, said Steinke, an ESA board member.

Donations from the Allen and McLaughlin families, co-founders of Advance Food Company, then paid for the field as a “thank you” to the east Enid community.

Phase two of the Enid Sports Association’s years-long project will start with building the clubhouse at the future Advance Soccer Complex, at 1526 S. Garland.

The families together donated around $285,000 to build the field, while the district included an additional $190,000 from its 2016 bond issue to address related playground security and improvements around the soccer field, former EPS bond issue project construction manager Jessica Nelson said.

These expenses allowed the district to acquire the properties where the soccer fields are now, as well as take care of the basketball and volleyball court areas, and relocating the swing, Nelson said Tuesday. Costs involving the actual soccer field also included removing the road, bringing in dirt and installing sprinklers, sod and new signage.

Steinke, an assistant soccer coach at Enid High School, said the field was great from an educational perspective, explaining that kids active outside are going to do better in education and with their attitudes.

“It’s therapy, and that just doesn’t sit with soccer — that’s any sport,” he said. “It’s good for kids.”